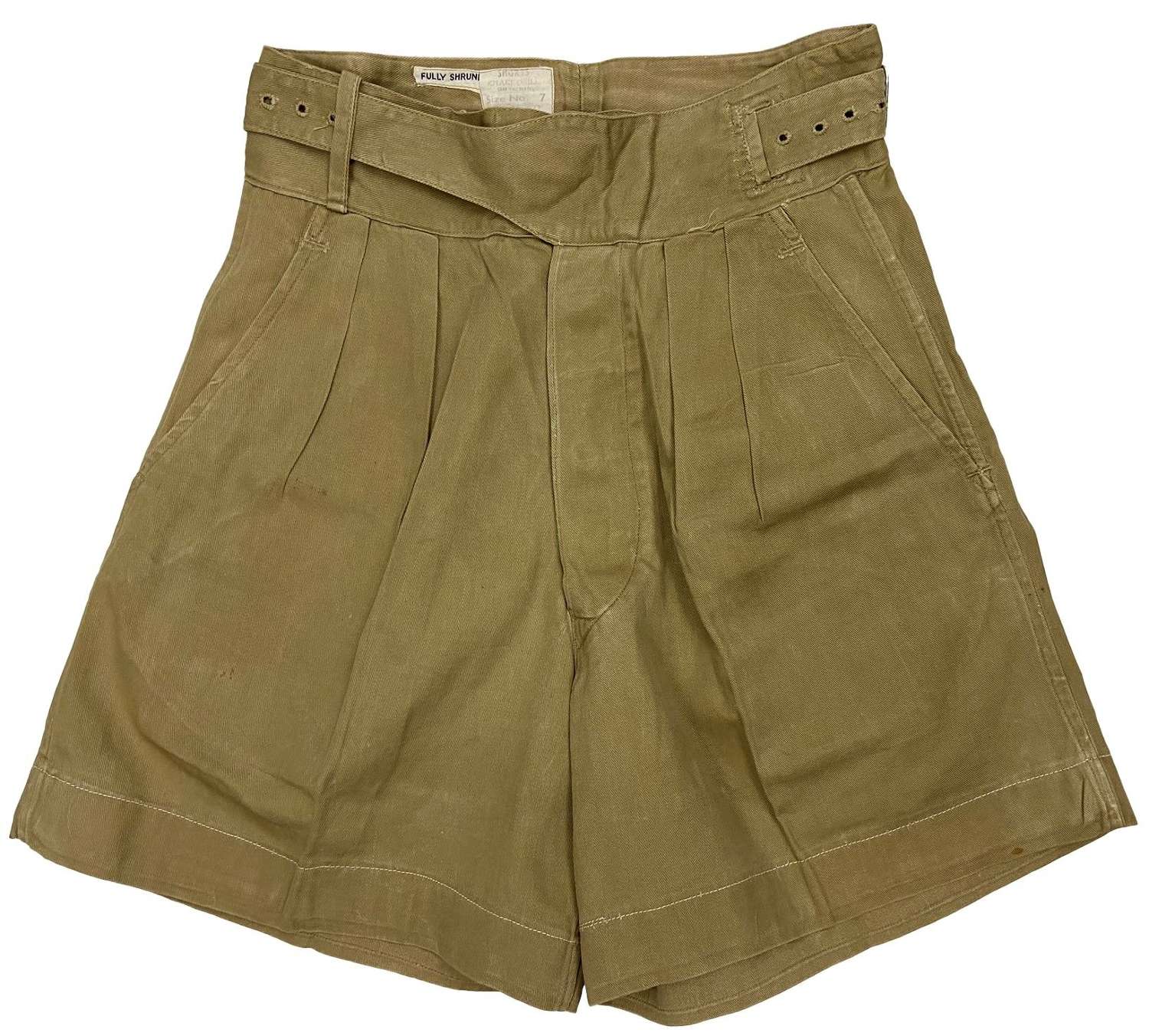 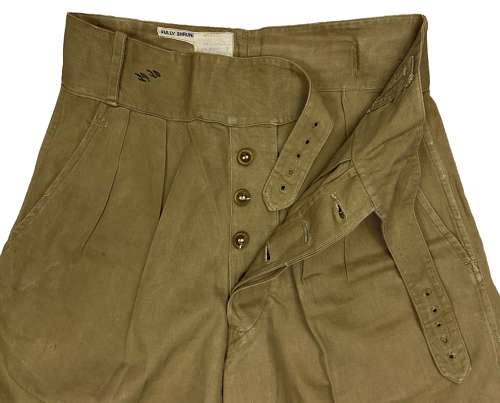 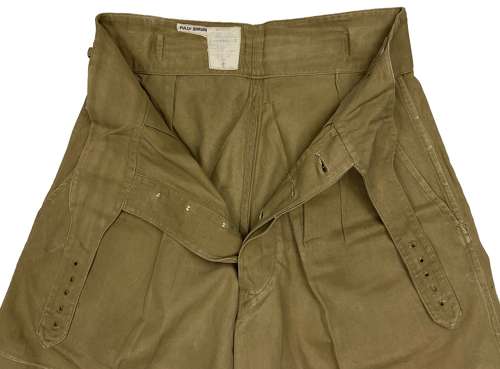 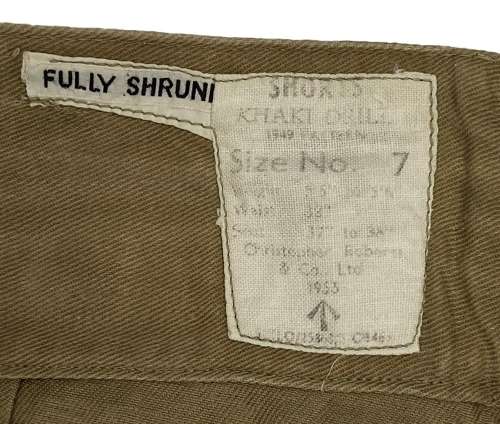 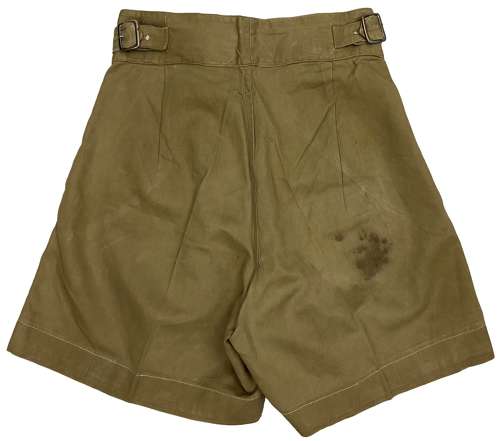 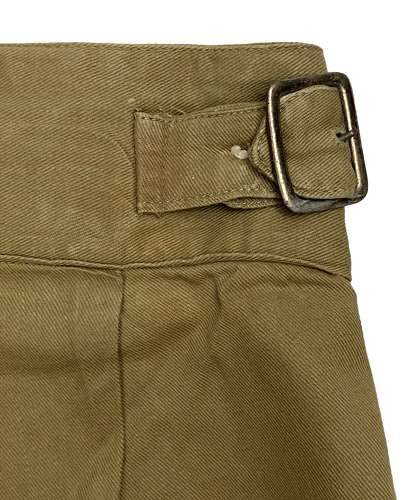 Inside the shorts retain their original maker's label which is still legible. The size which is marked as No.7. The War Department broad arrow marking is also present as is another smaller one which reads 'Fully Shrunk'. The 1955 date is also present.