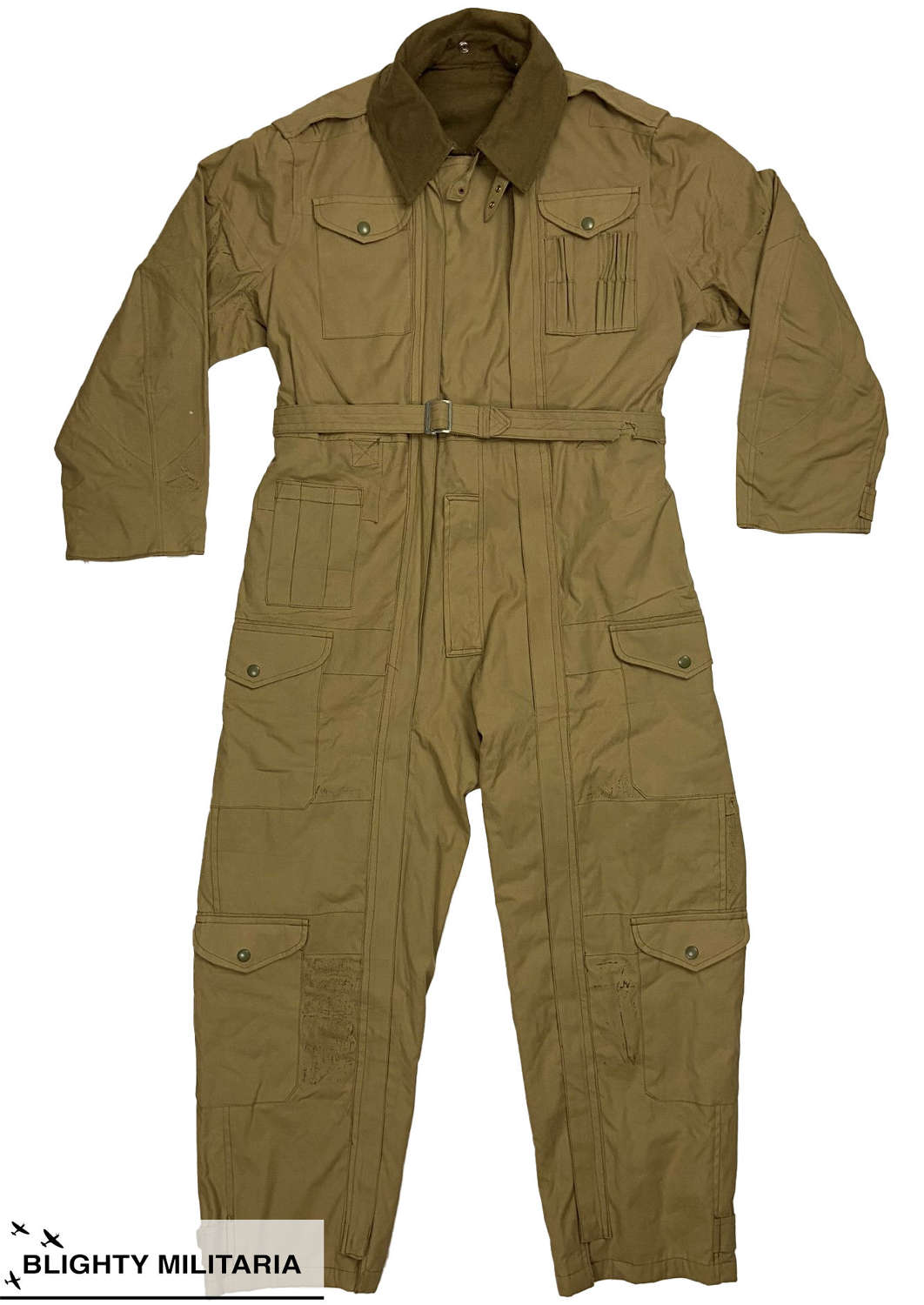 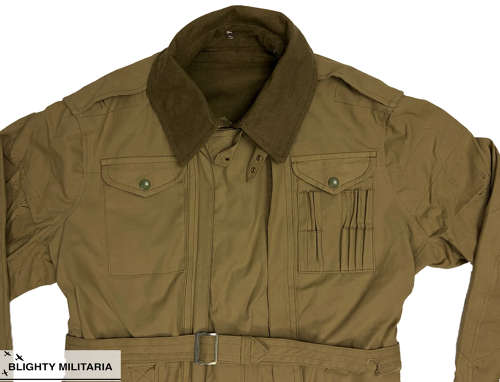 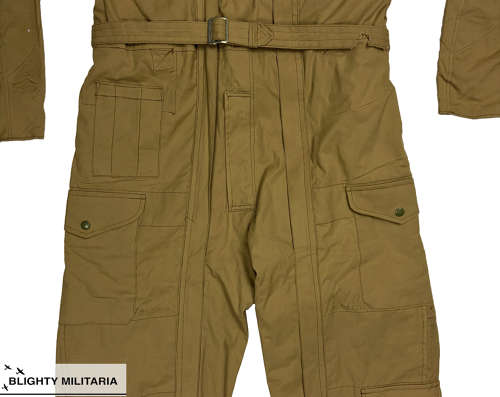 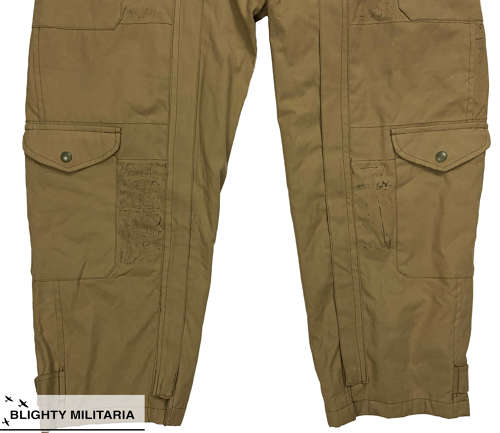 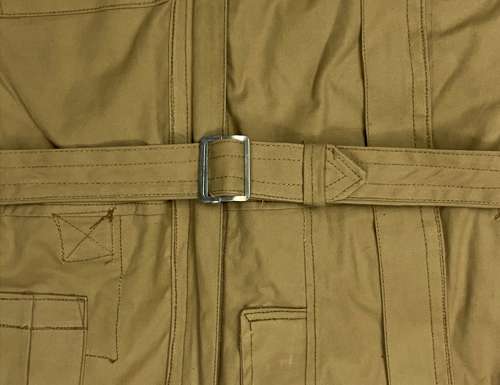 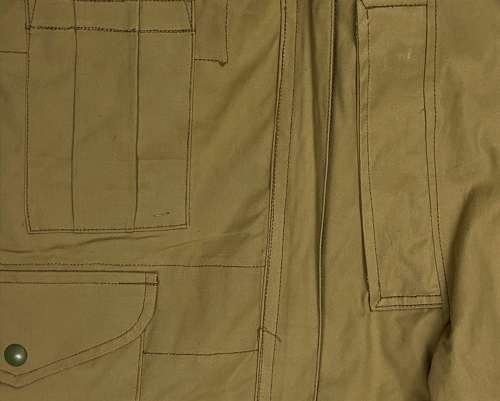 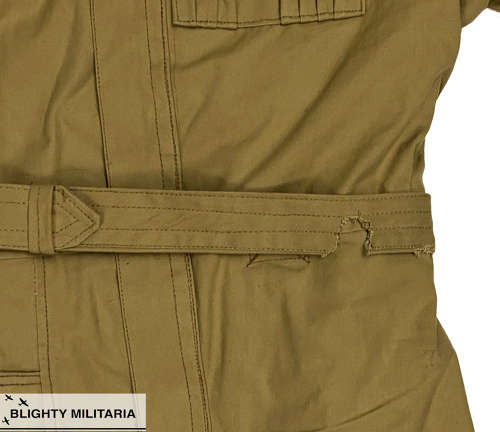 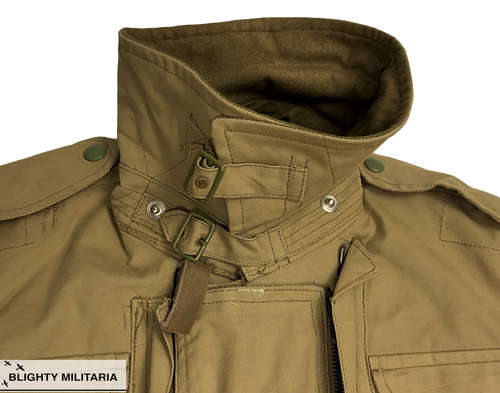 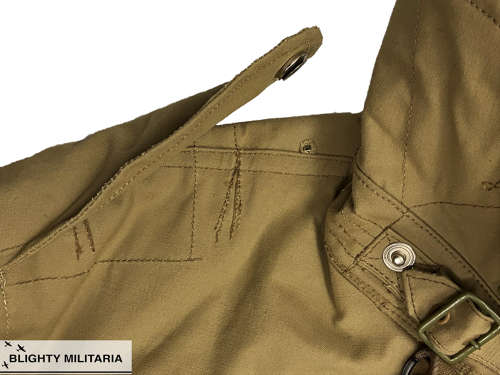 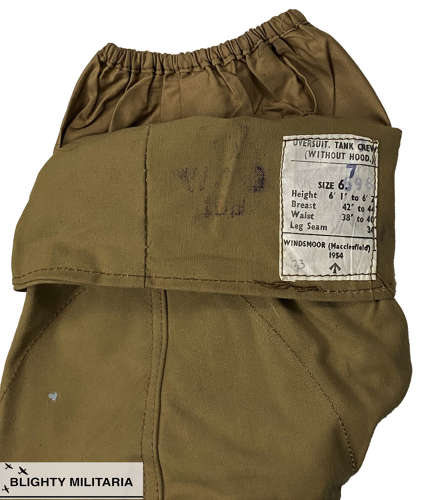 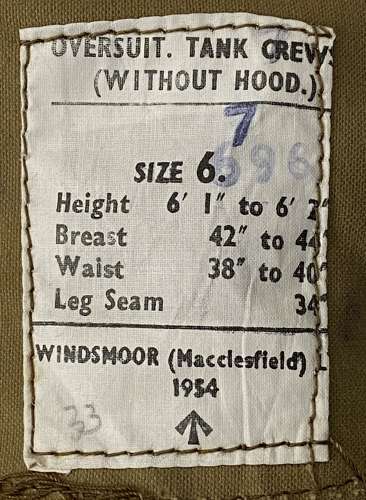 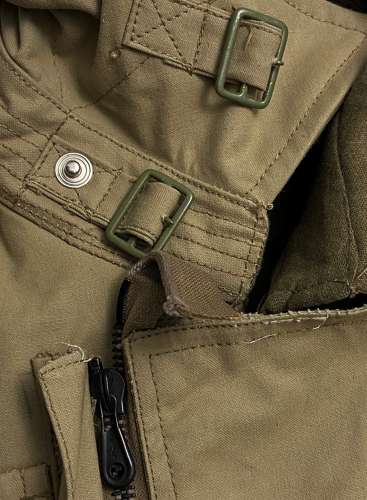 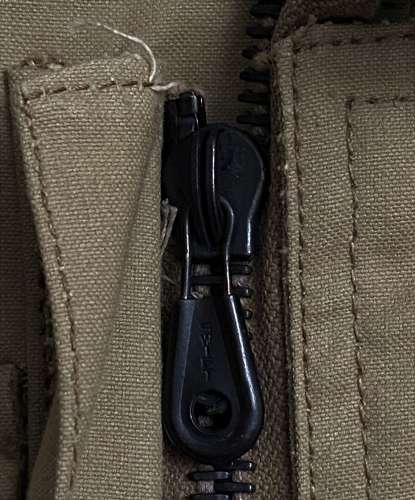 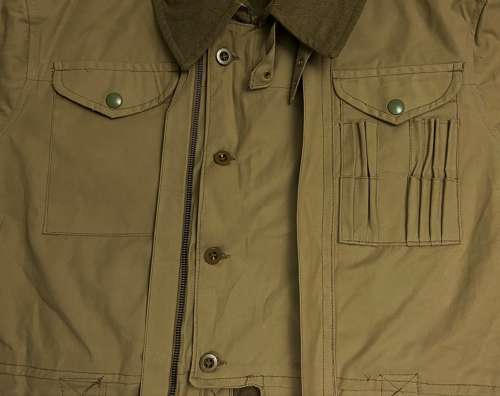 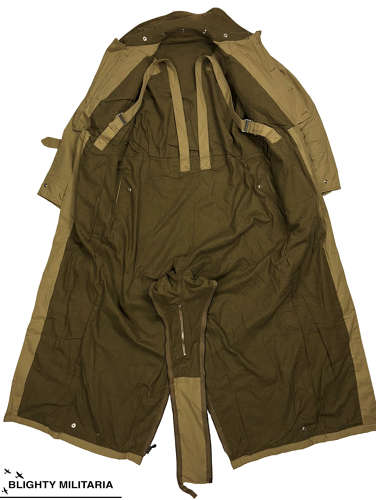 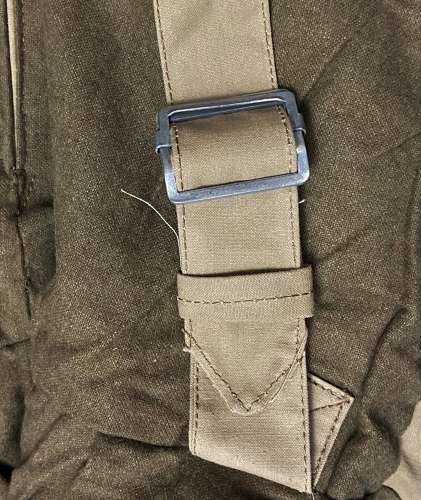 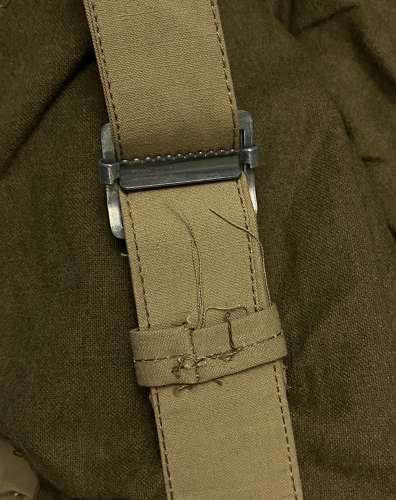 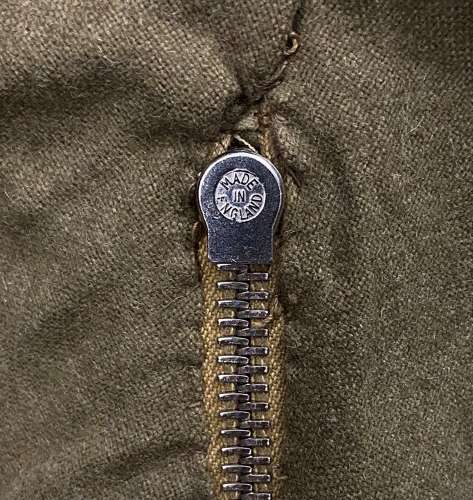 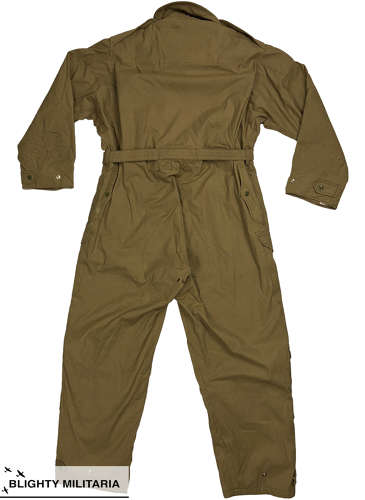 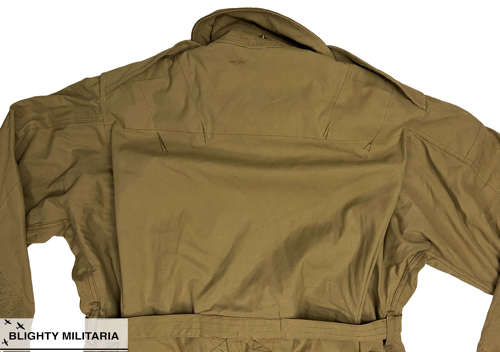 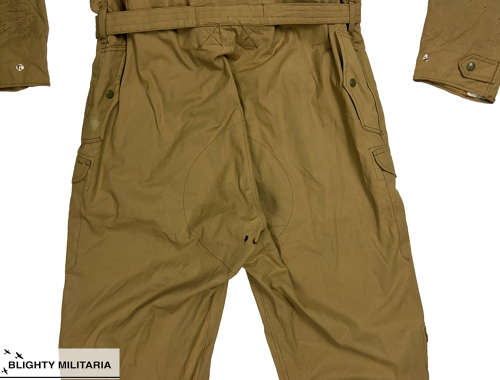 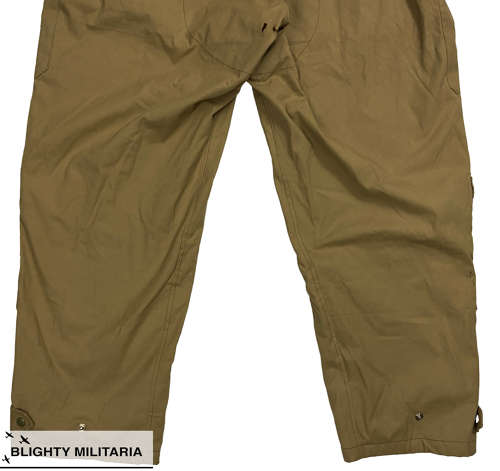 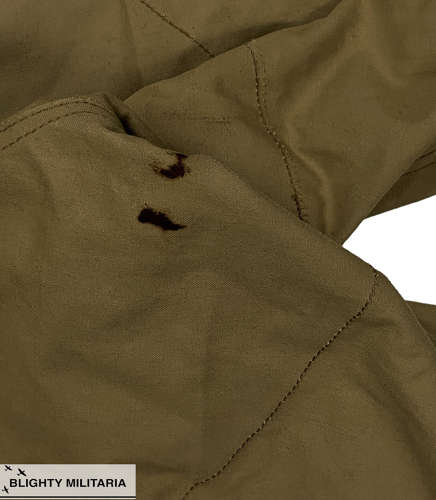 An original 'Oversuit, Tank Crews, Without Hood' in a large size 6 and dated 1954.

The suit is typical of tank suits and features the original manufacturer's label in the right hand sleeve. It states the size as ‘Size 6’ which will fit up to a 44” chest and a 40” waist and a height of 6'1" - 6'2". The label features the manufacturers name 'WINDSOR (Macclesfield) LTD', the 1954 date and the War Department broad arrow marking.

The overall condition of the suit is very good. It has a bright, fresh appearance and looks to have seen only extremely limited use. It does have some marks from storage which is caused by the kapok lining although these don't overly detract from the suit. There is also some damage to the belt as shown in picture 7. Luckily as the belt features stitching it is still strong and totally usable with the damage being only cosmetic. Finally the right shoulder press stud has pulled through as can be seen in picture 9. Whilst there are a couple of flaws the suit really is nice and displays very well. Please take time to study the pictures before purchasing.

All in all a nice original suit in good condition and in a hard to find large size. This would make a good addition to a collection or could suit a tall re-enactor.