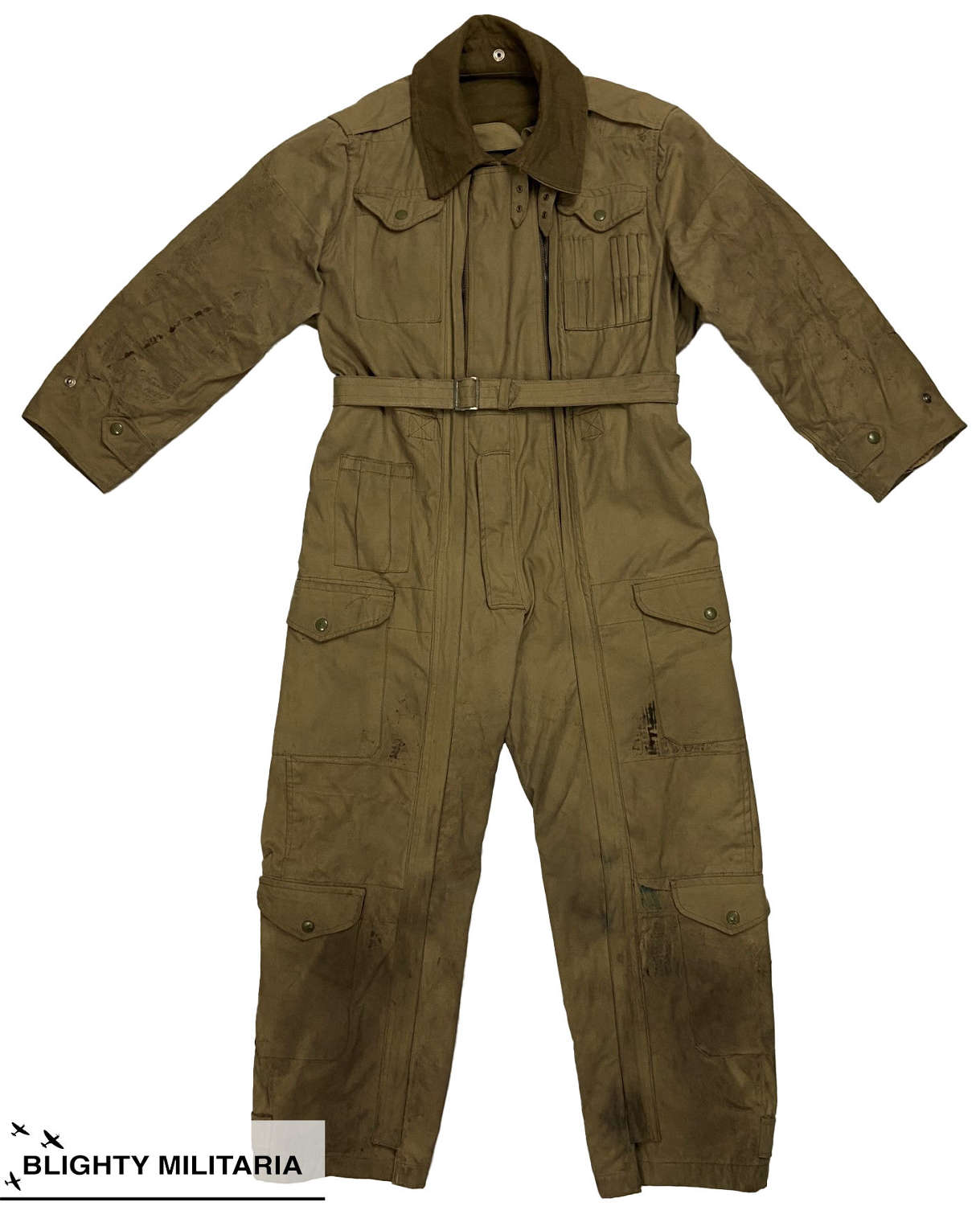 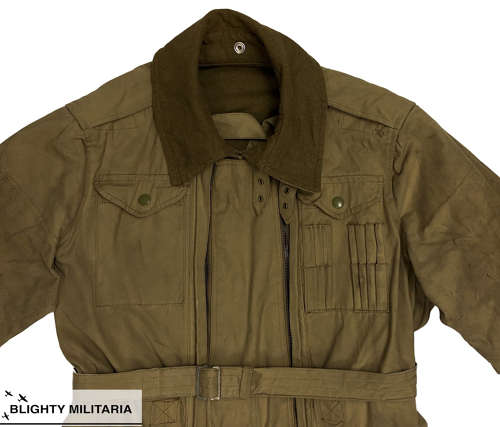 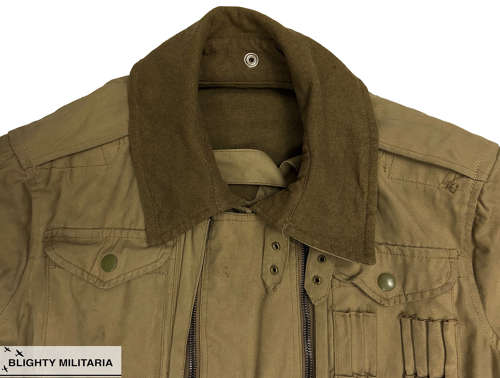 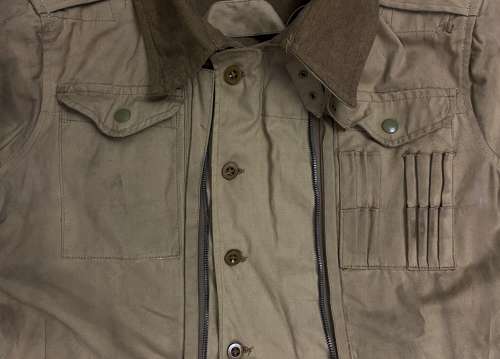 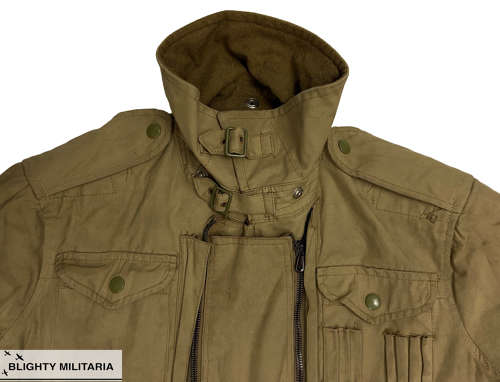 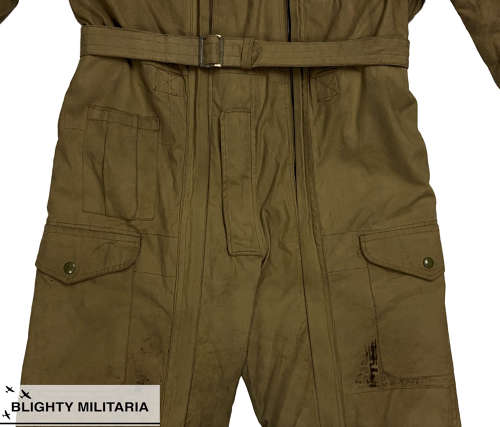 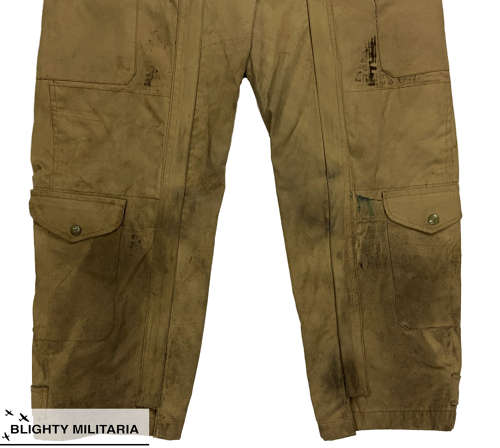 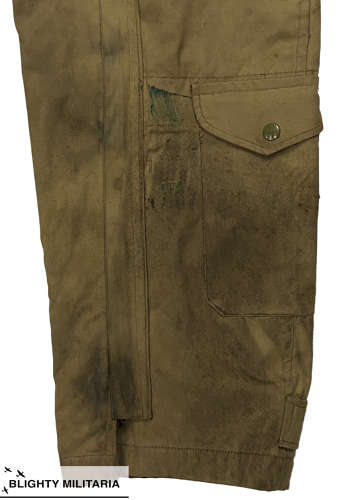 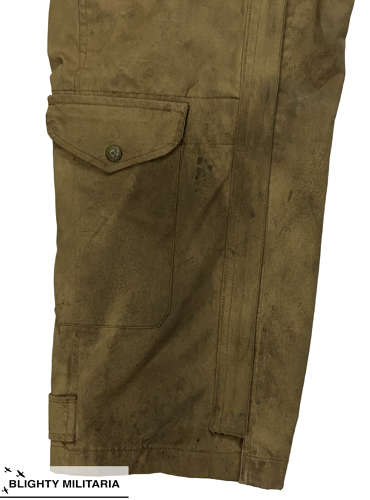 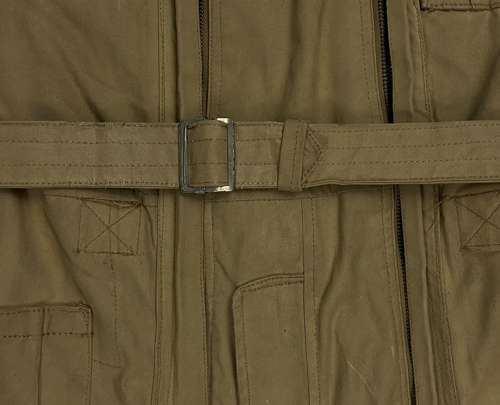 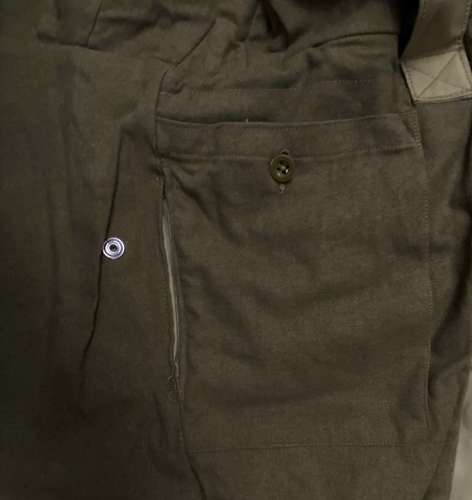 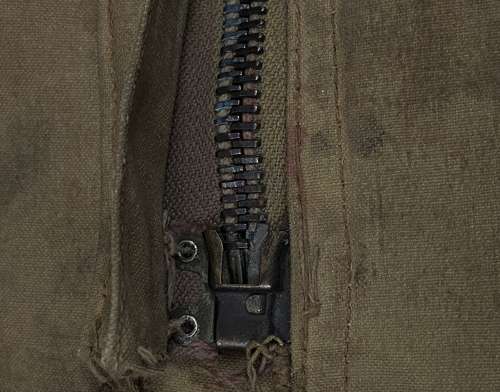 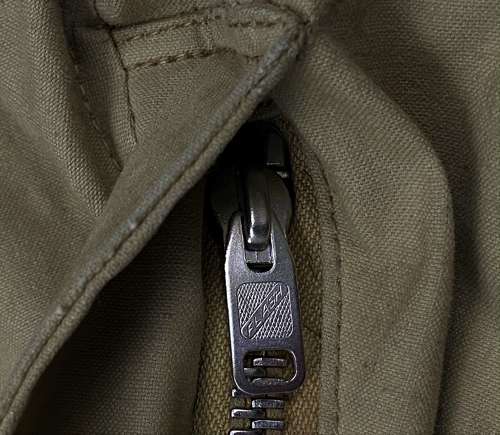 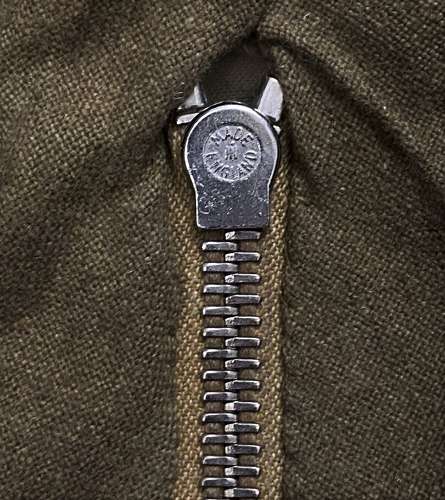 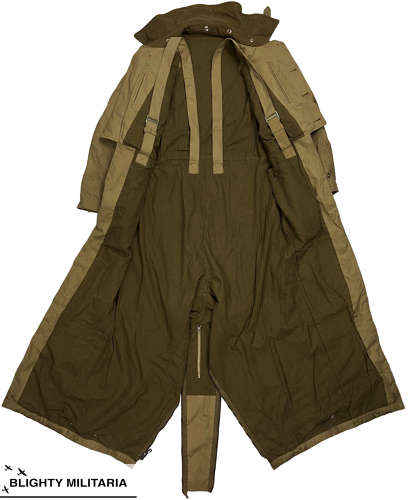 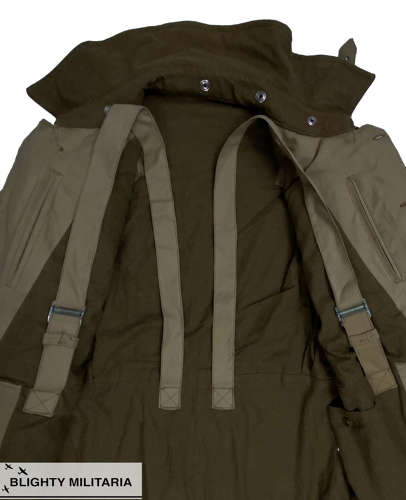 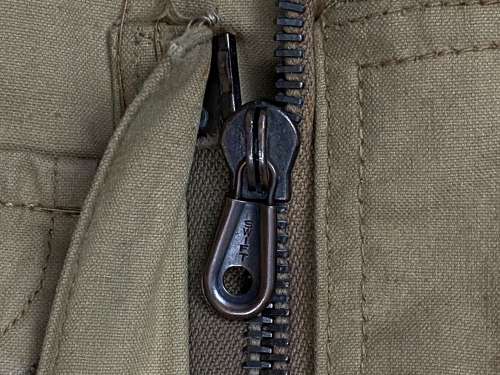 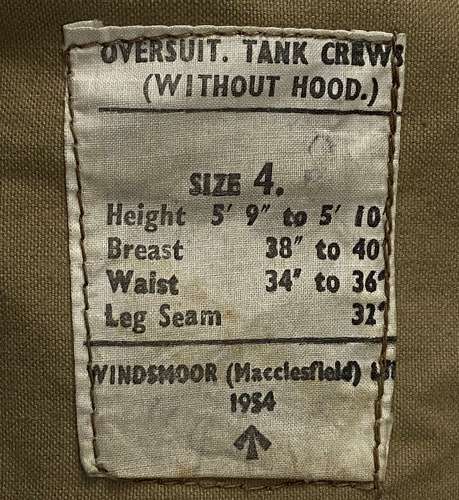 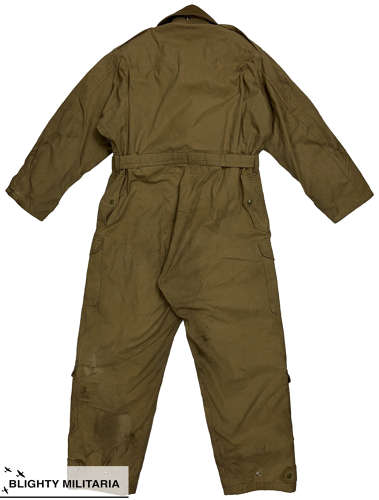 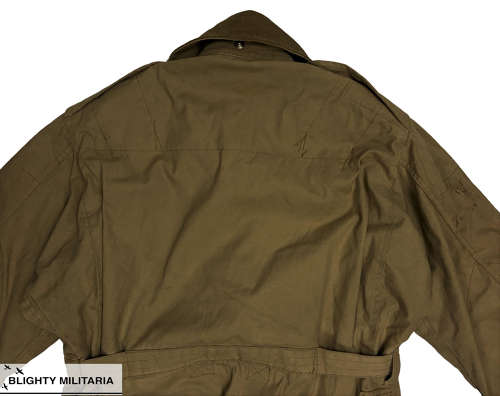 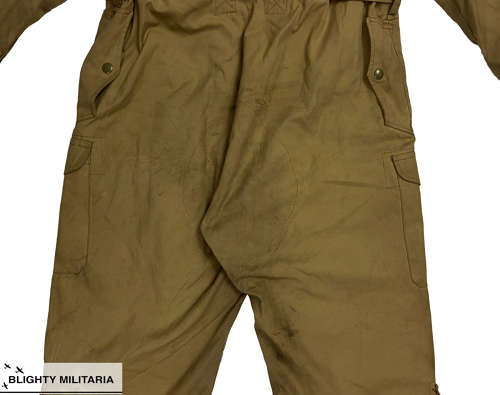 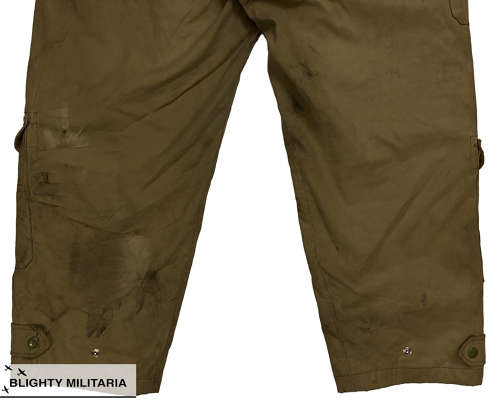 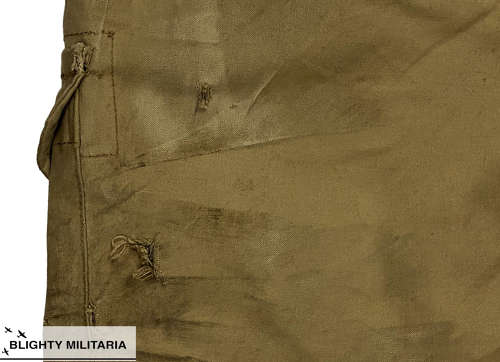 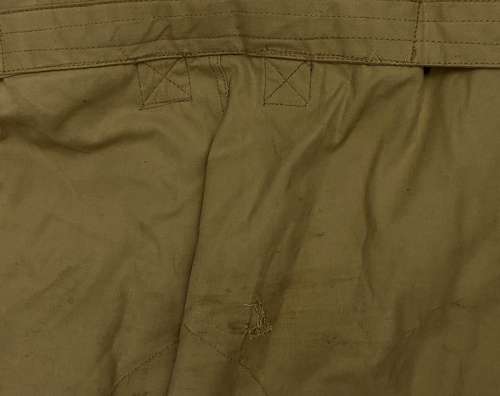 The suit is typical of tank suits and features the original manufacturer's label in the right hand sleeve. It states the size as ‘Size 4’ which will fit up to a 40” chest and a 36” waist. The label features the manufacturers name 'WINDSOR (Macclesfield) LTD', the 1954 date and the War Department broad arrow marking.

The suit is in good condition with various signs of wear and use. It displays well, is still very wearable and has a nice, worn in look to it. All the zips function well as do the pop studs which all retain their green painted finish. The bottom of the legs are particularly dirty and there are a couple of small rips to the rear of the left trouser leg and another to the seat. These are detailed in the pictures. Please take time to study them before purchasing.

All in all a nice original suit in good condition which would make a good addition to a collection or could suit a re-enactor.