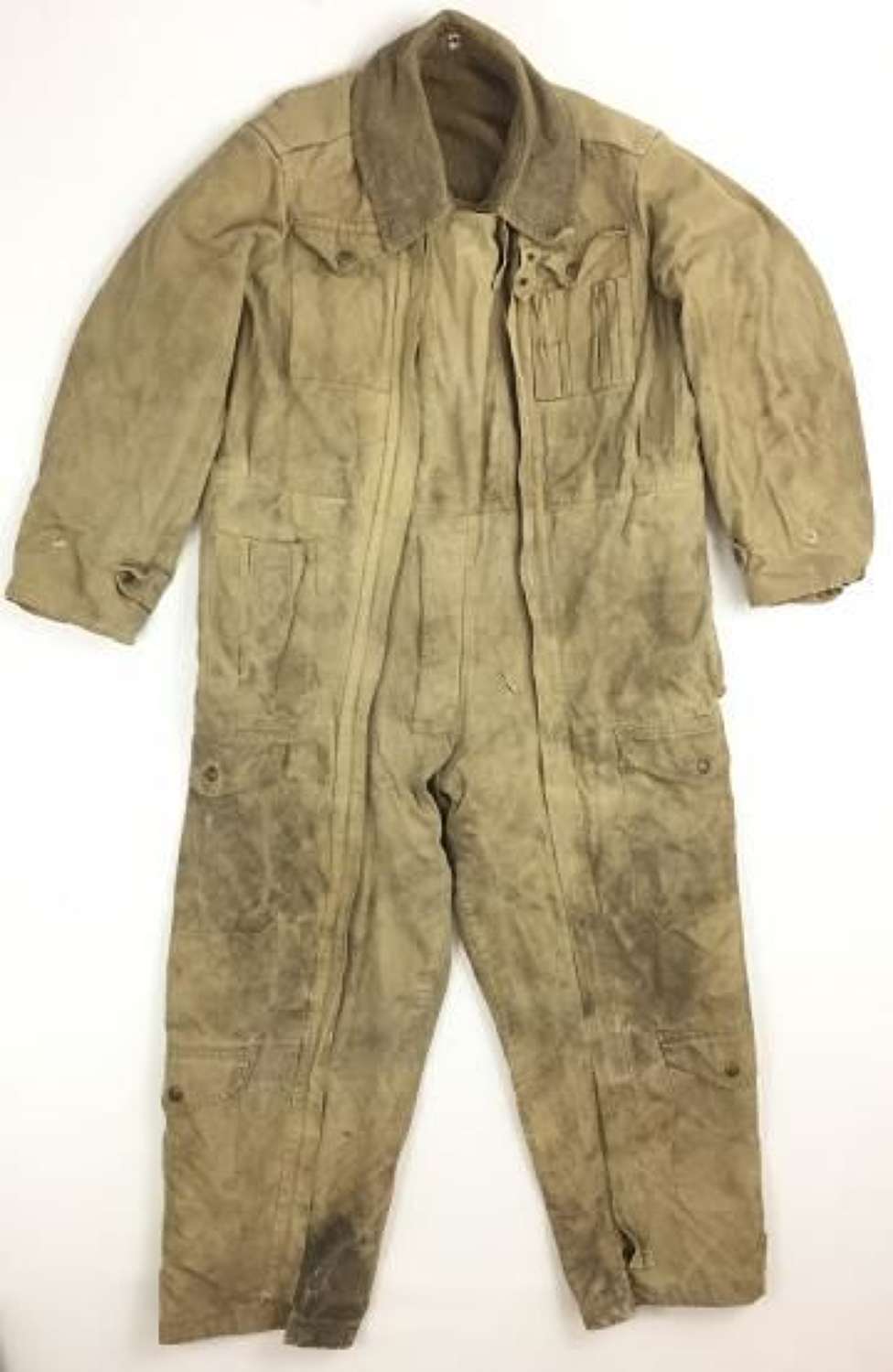 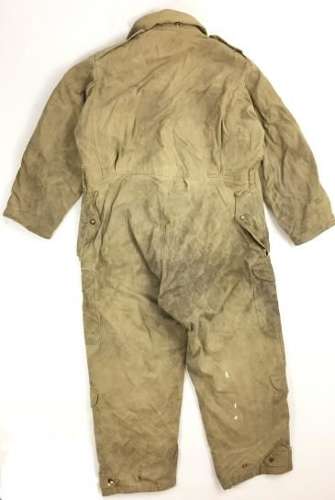 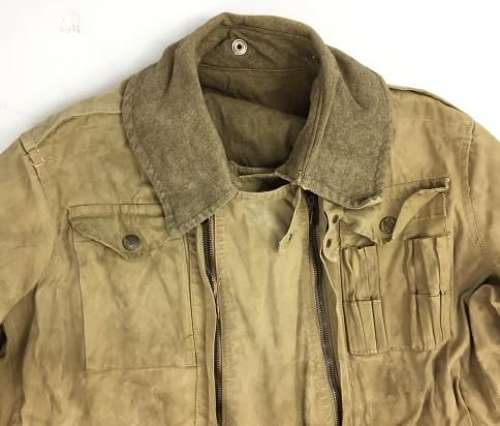 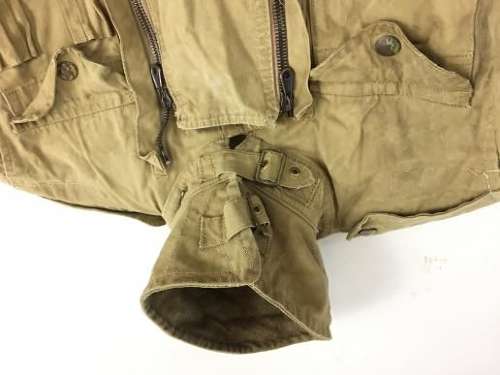 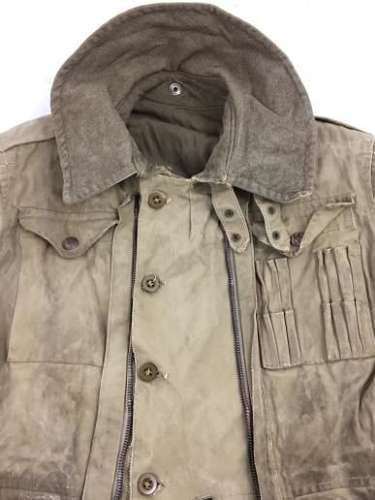 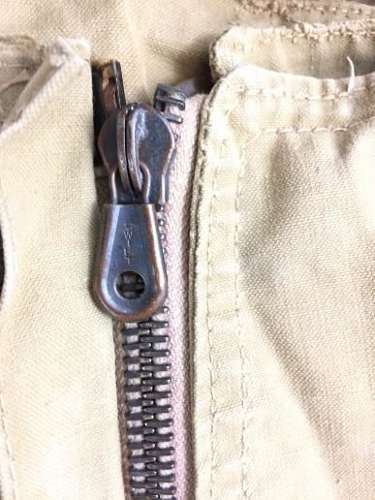 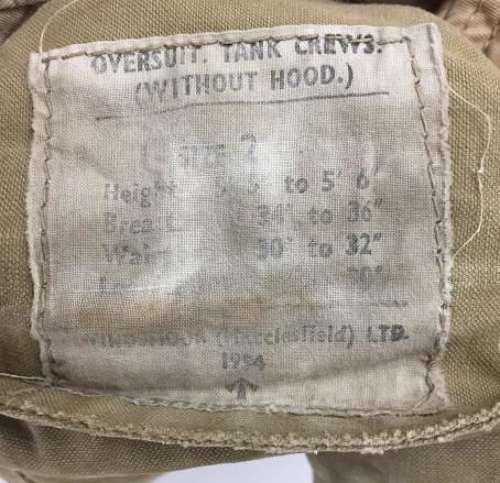 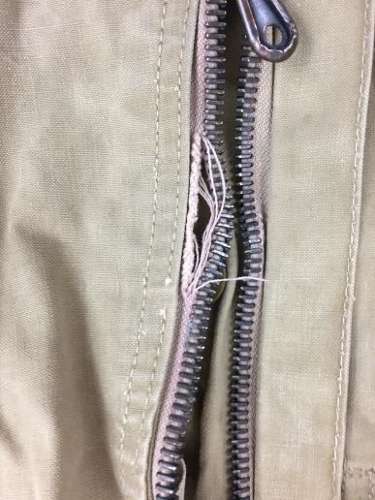 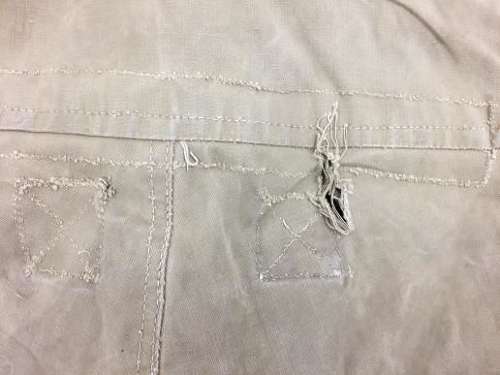 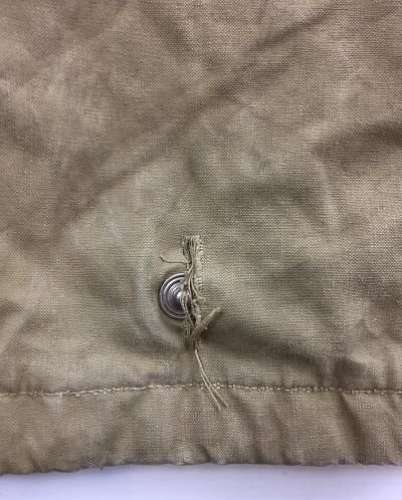 SOLD
An original 1954 Dated 'Oversuit, Tank Crews, Withoit Hood' as worn by various armoured units in the later part of the Second World War and during the post-War period.

These suits were issued to British Troops in the winter of 1944-45 to a variety of armoured units and feature heavily in photographs of the period. They were often referred to as 'Zoot Suits' at the time and in the post-war years as the 'Pixie Suit'. They also saw issue pos-war and manufacture carried on at intervals, this suit being an example. The pattern did not change after the Second World War and this later example is almost identical to wartime manufacture.

The suit is typical of tank suits and features the original manufactures label in the right hand sleeve. It states the size as ‘Size 2’ which will fit up to a 36” chest and a 32” waist.

The suit features ‘Swift’ brand zippers to the front and a ‘Flash’ branded zipper to close the fly. All the zips appear to function well.

The condition of the overall is good as can be see in the pictures. It displays nicely and could certainly still be worn but it does have number of rips and tears as they almost always do. Due to their bulky nature they usually have a few rips and I have done my best to highlight these in the photographs. There is also some fraying to one of the main zips which again is included in the pictures. This doesn’t affect the working of the zip which runs straight past it.

All in all a nice orignal suit with a great patina. This would look great if worn by a reenactor or could be displayed as part of a collection.