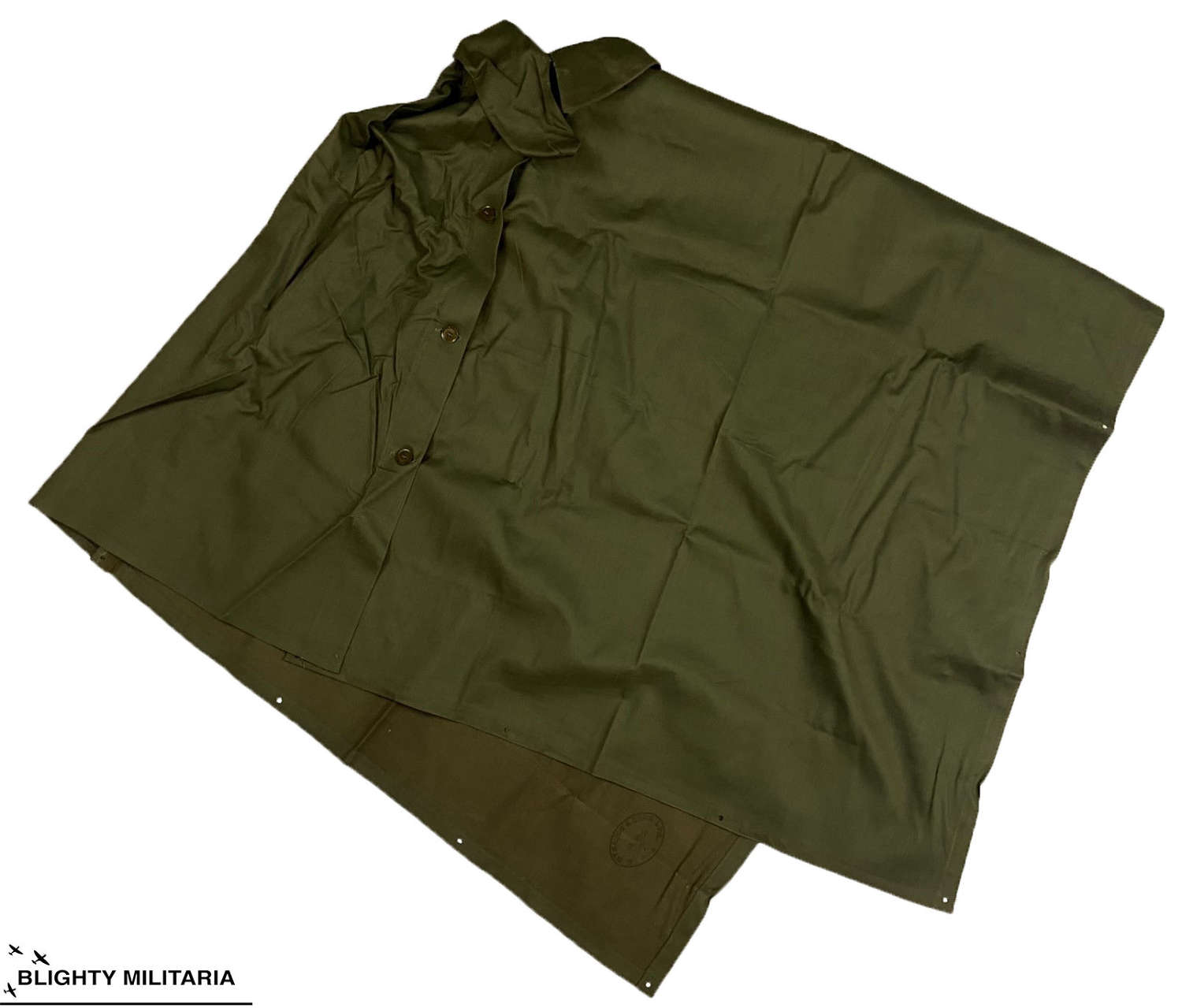 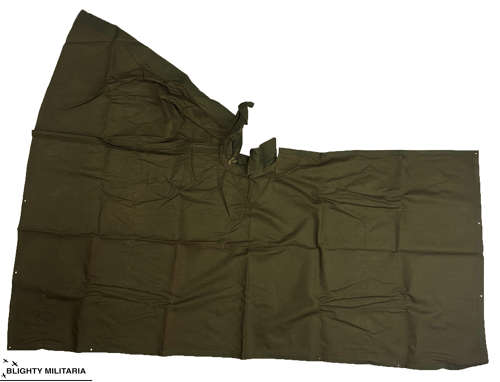 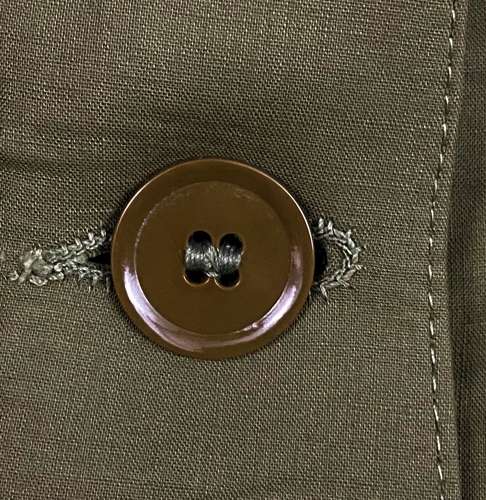 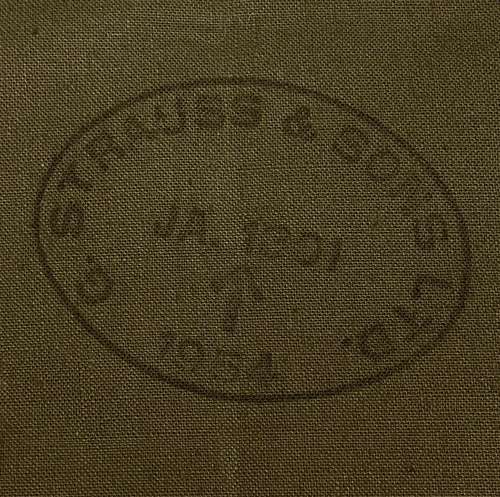 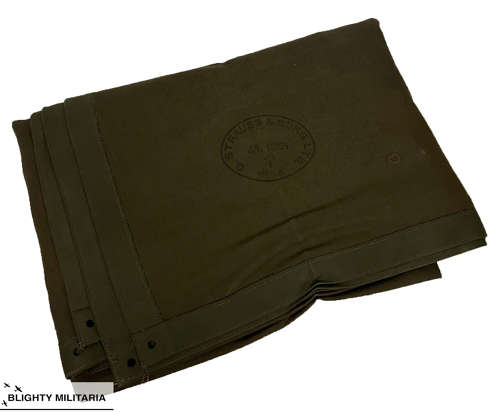 This pattern of rain cape was first introduced in the Great War. The design remained unchanged well into the 1950s although it was produced in different materials. This example is made from a dark green, single layered rubberised material and is the last model produced for British Forces. It is designed to be worn as a raincape or used as a groundsheet and two can be joined to make a shelter. When worn as a cape it features a button front and a collar which also fastens with buttons.

The original maker's mark is still present and reads 'G. Stratuss & Sons Ltd'. The 1954 date is also present as is the War Department broad arrow marking.

The cape is in very good condition and appears to be unissued and unused. There is creasing from where it has been folded in storage. It displays very well but is a vintage item so may have some small issues commensurate with age.

A very nice example of this 1950s pattern of cape.