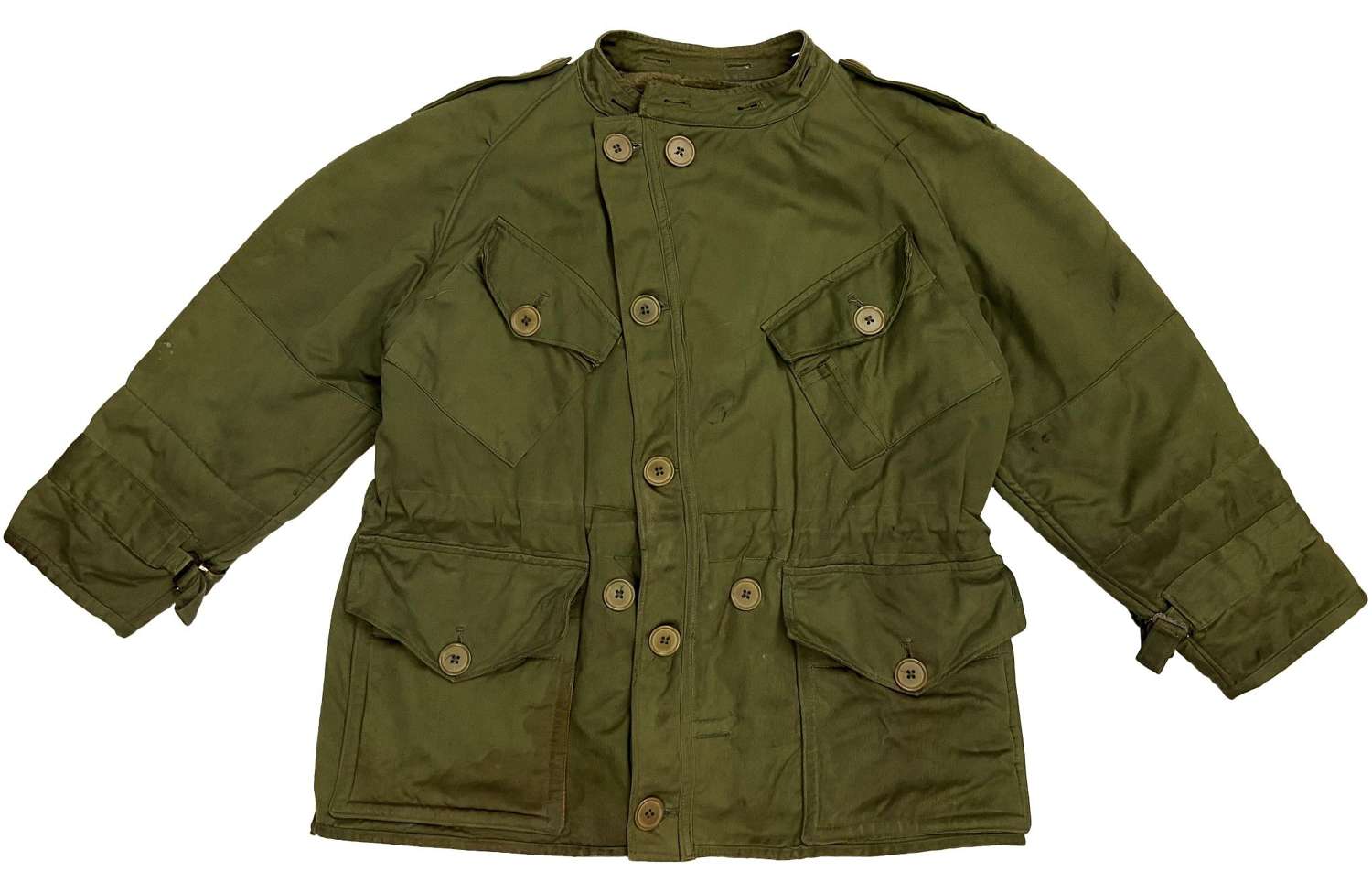 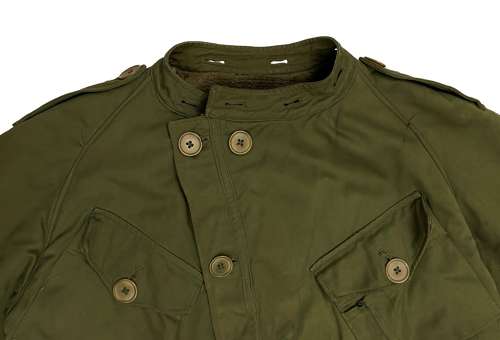 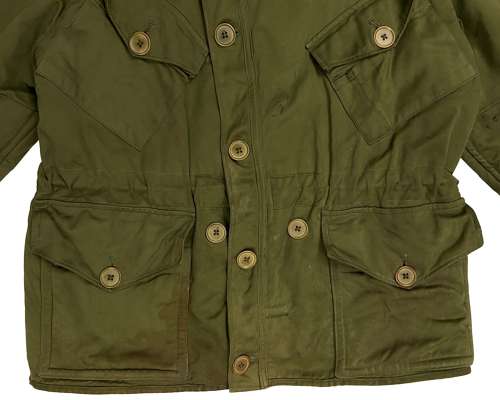 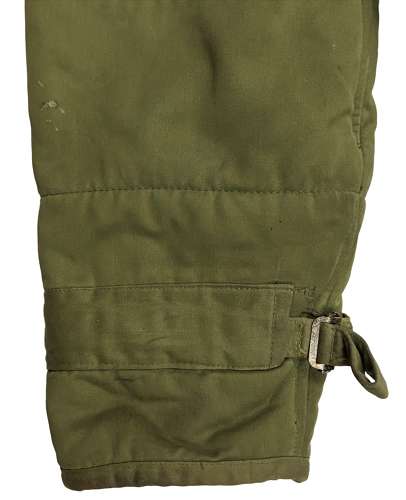 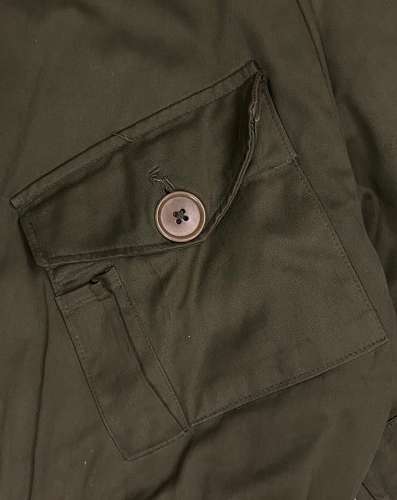 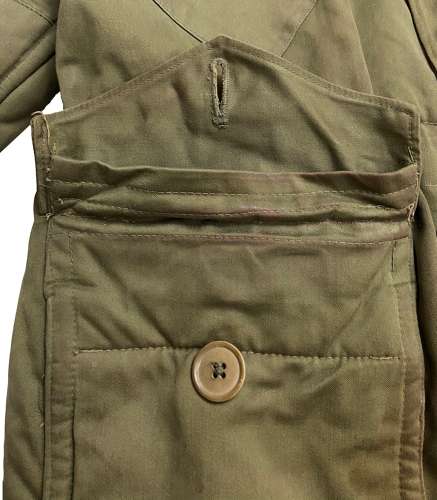 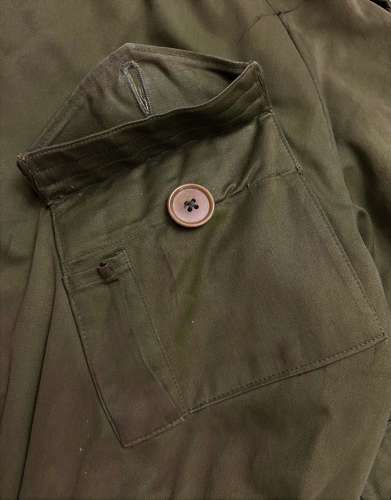 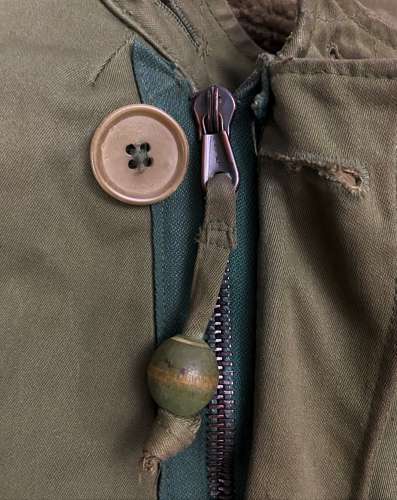 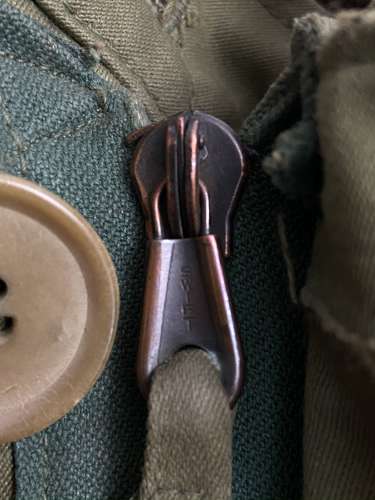 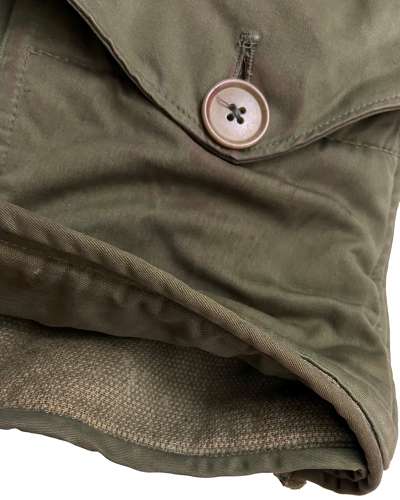 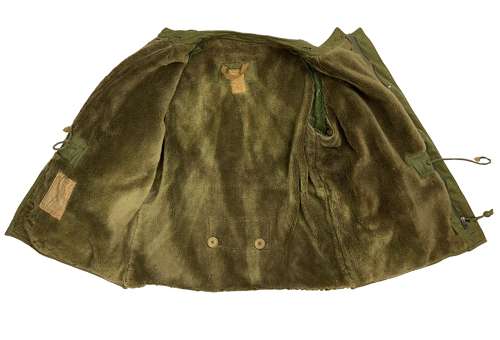 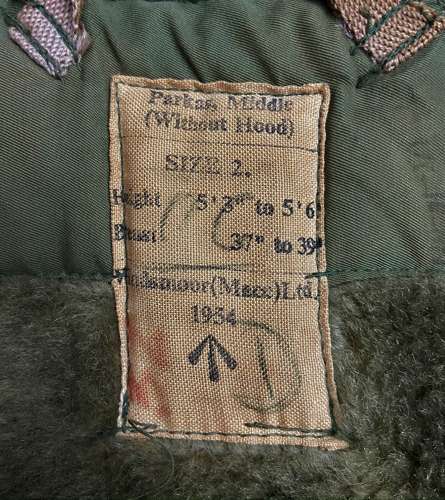 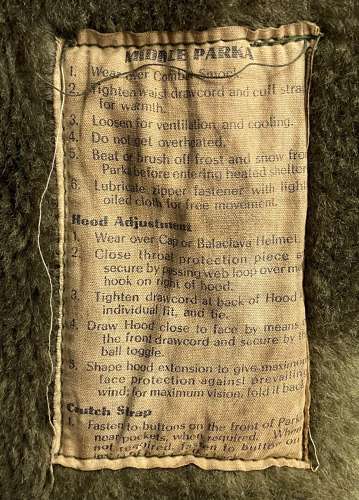 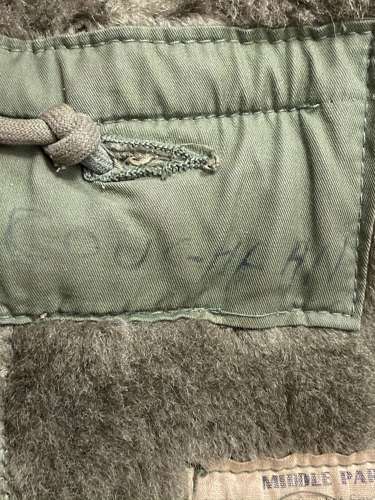 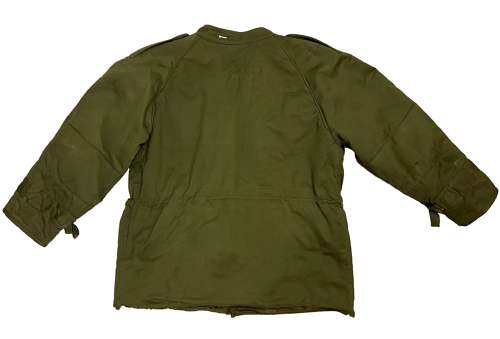 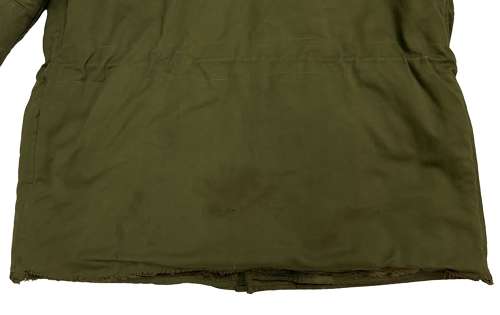 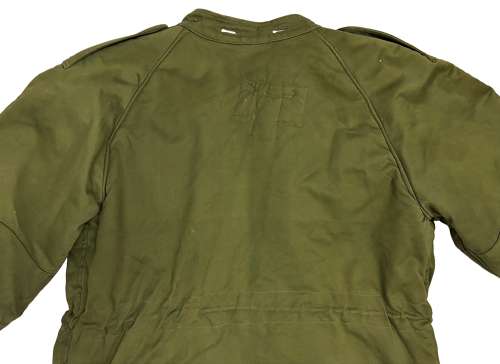 An original 1954 Dated British Army Middle Parka in a size No. 2.

Officially designated 'Parkas, Middle (Without Hood), this pattern of parka takes some of its influence from the American Army 'FishTail' parkas used during the Korean War. The design is typical of British military wear of the 1950s featuring large light brown coloured buttons and the same extended pockets which fold back on themselves under the flap which are also found on the Ventile Parka and Ventile Smock (pictures 6 and 7). The main body of the jacket is made of green cotton sateen and features a thick fur lining. A 'Swift' branded zipper and button fly fastens the front whilst epaulettes can be found on each shoulder. A pen pocket is located to the left breast pocket and the cuffs feature straps which can be used to pull the sleeve tight around the wearer's wrist.

Inside the jacket both the original labels are present. The manufacturer's label states the size of 2 which is designed to fit a 37" - 39" chest. The maker's name of 'Windsmoor Ltd' is present as is the War Department broad arrow marking and the 1954 date.

The jacket is in worn condition but displays well and is still very wearable. It has been altered by having the fish tail removed which was a common modification at the time. These coats were often issued to armoured crews who found that the fish tail got in the way and were given permission to shorten their coats.

A nice original 1950s coat with a typical period modification and with some great details!