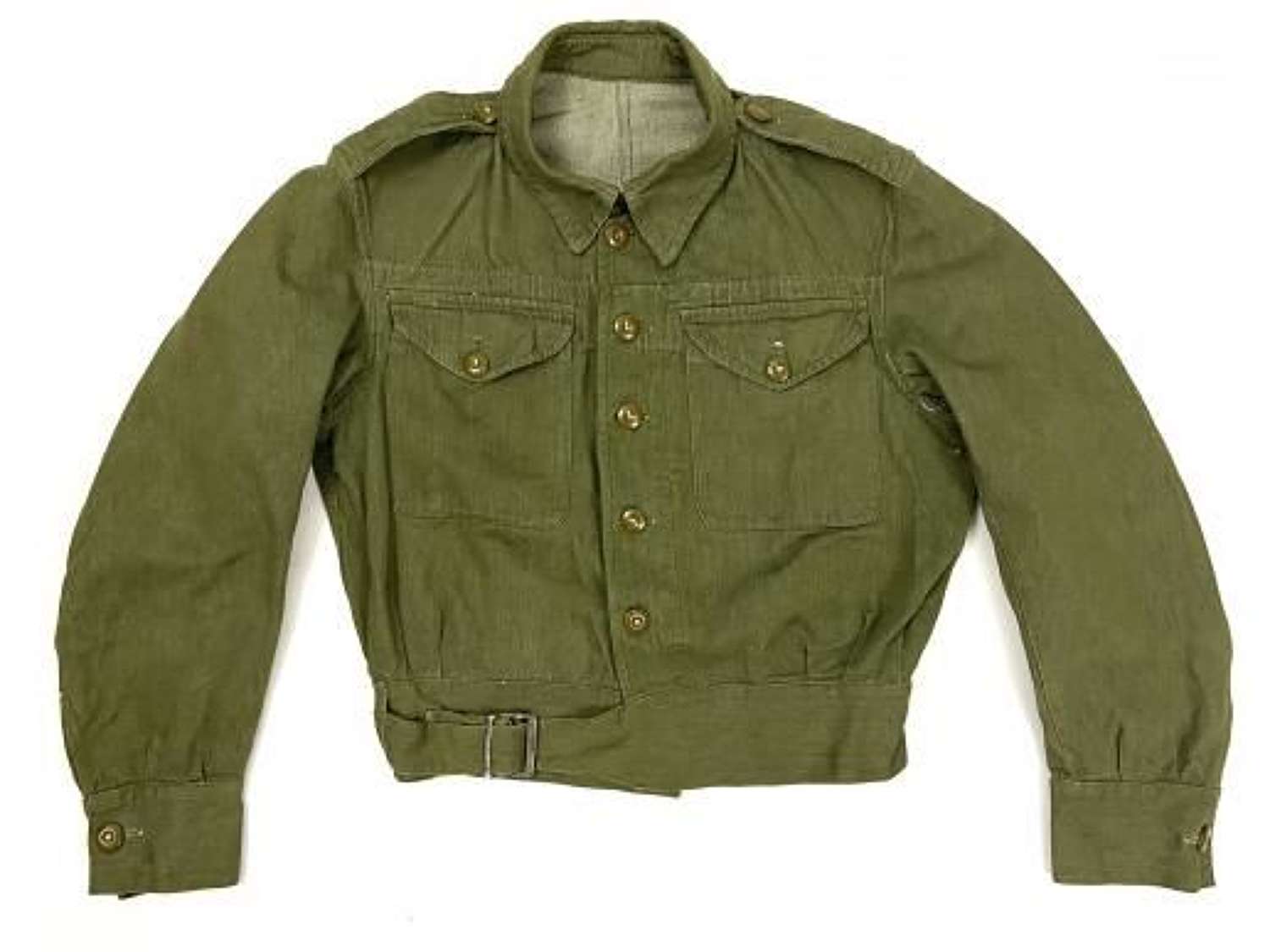 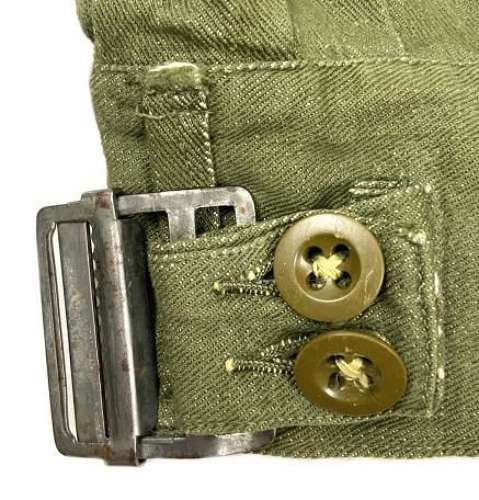 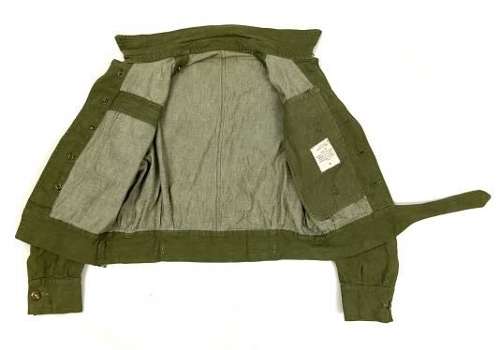 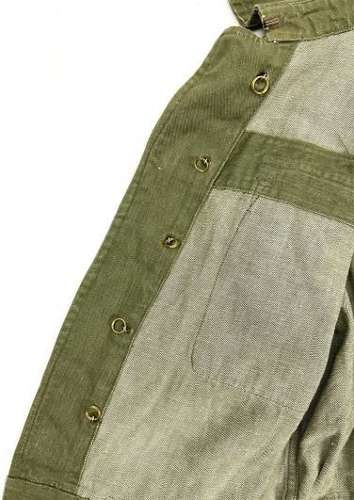 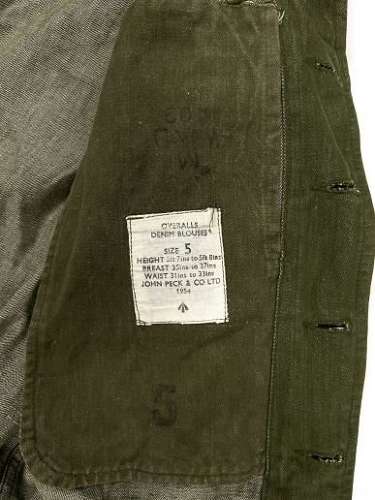 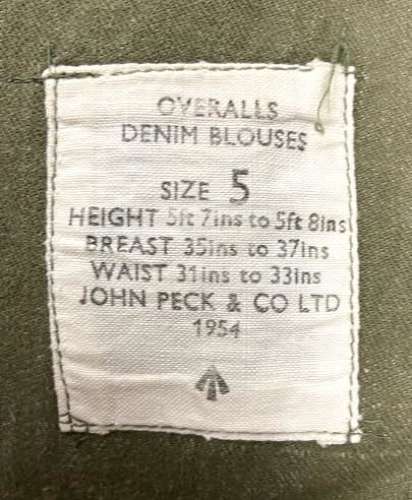 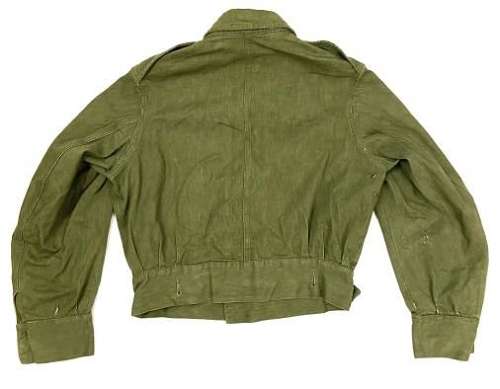 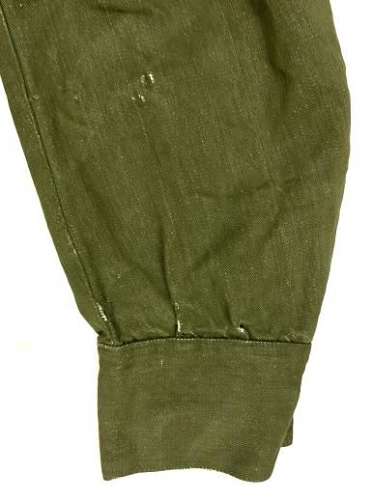 An original British Army Denim Battledress Blouse dated 1954 and in a size No. 5.

The jacket features green coloured revolving shank buttons which are held on with period brass split rings to the reverse. The waist fastens with a steel buckle which is held onto the jacket with green/brown plastic buttons.

Inside the jacket the original label is still present and states the manufacturer as 'John Peck & Co Ltd'. The size is marked as 5 which is designed to fit a 35-37" chest and a 31-33" waist. The 1954 date is also present as is the War Department broad arrow marking.

As well as this there is a War Department acceptance stamp which is surmounted by the letter 'M' which denotes 1954 as the year of issue.

The jacket is in good wearable condition and displays well. It only shows limited signs of wear and use but is missing one of its brass collar fasteners. As well as this there is a small hole to the rear of the sleeve as detailed in the pictures.