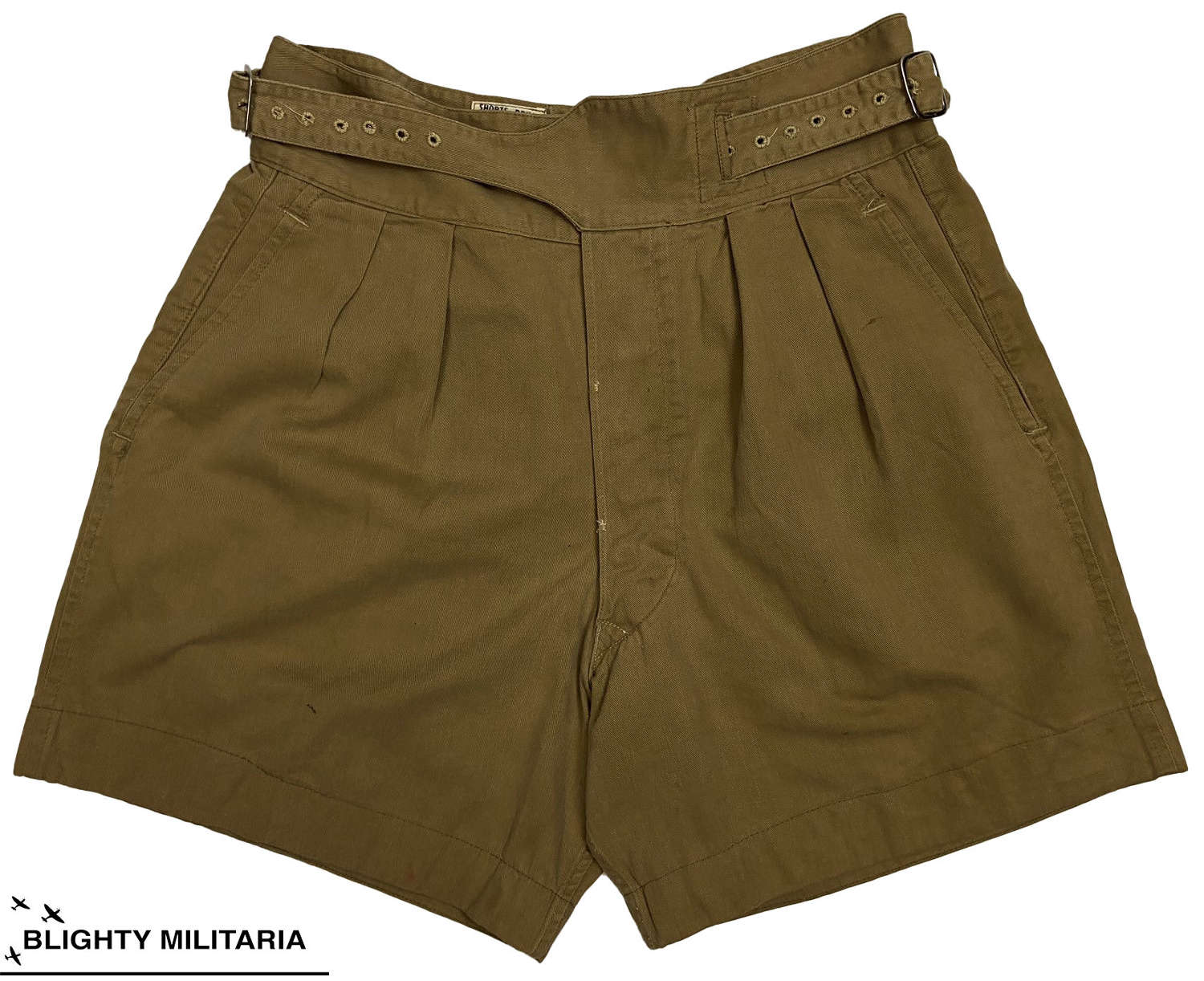 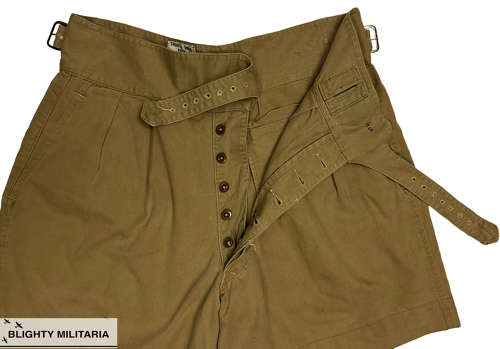 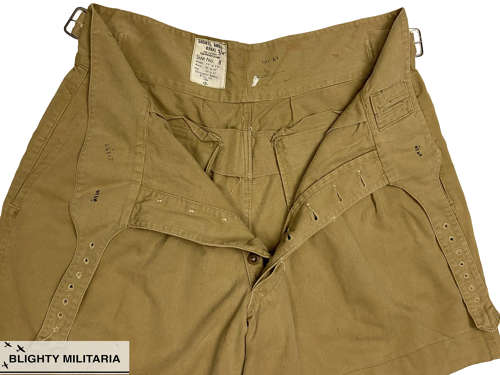 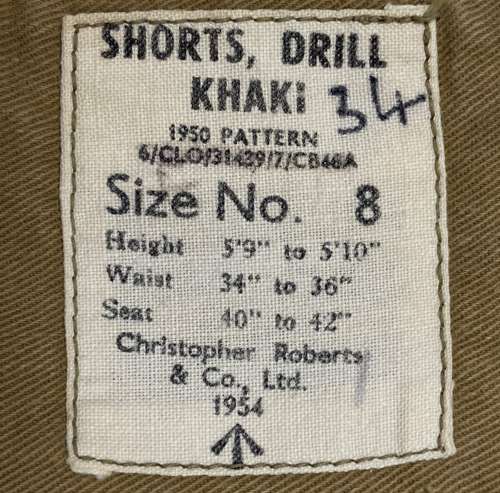 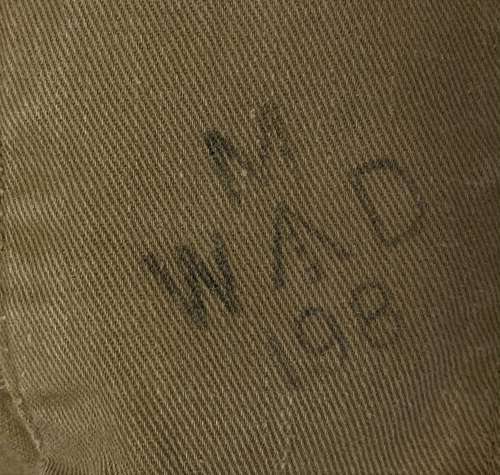 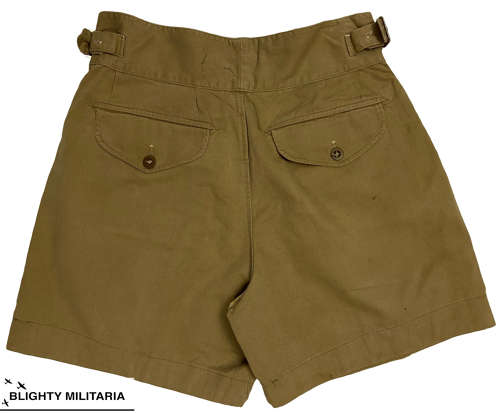 Inside the shorts retain their original maker's label which is bright and legible and states the size as 8 and the year of manufacture as 1954. The maker's name of 'Christopher Roberts & Co., Ltd' is also present. There is also a War Department acceptance stamp to the inside of the shorts which is surmounted by the letter 'M' which is one of the letters used for 1954.

The shorts are in good condition as can be seen in the pictures. Overall the shorts are very wearable but please study the pictures and bear in mind that these are pre-owned vintage shorts which may have small issues commensurate with age.