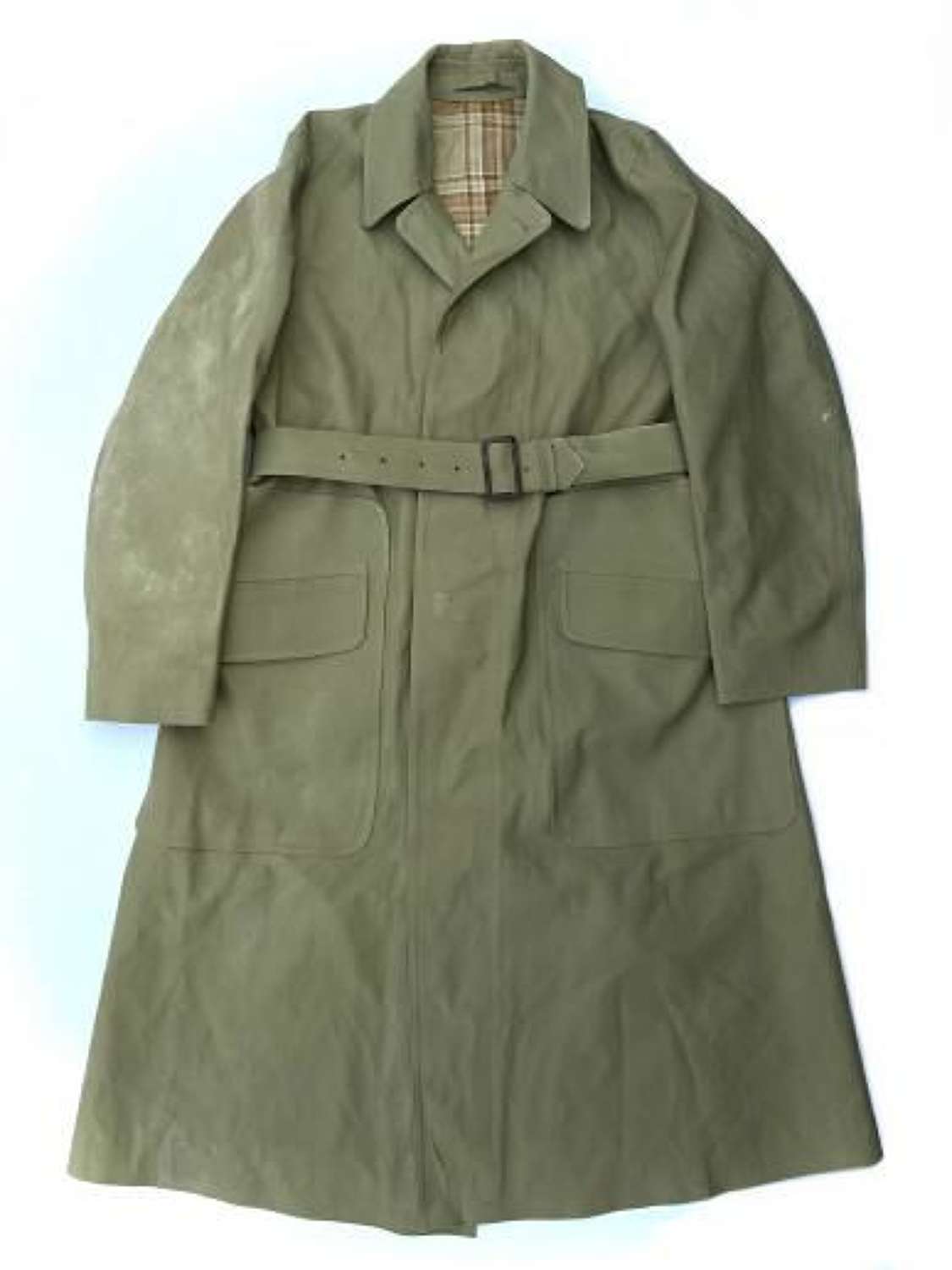 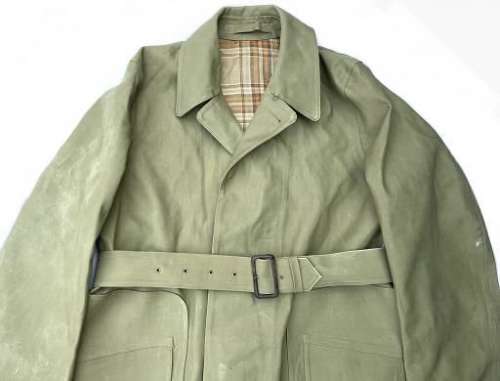 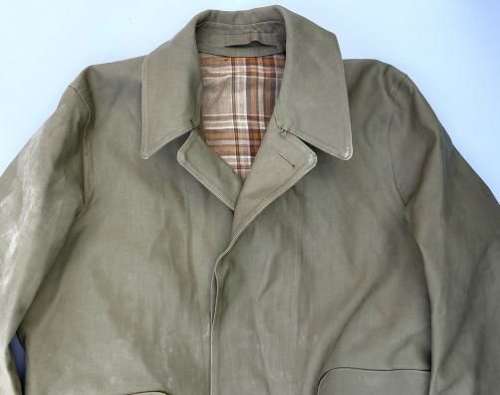 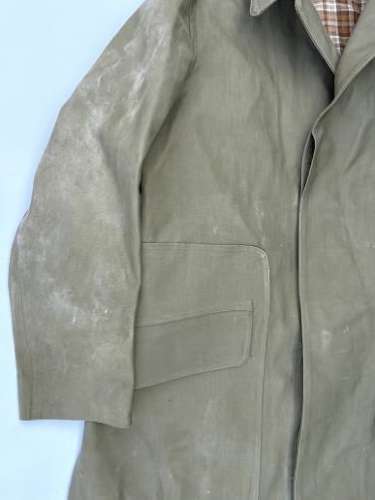 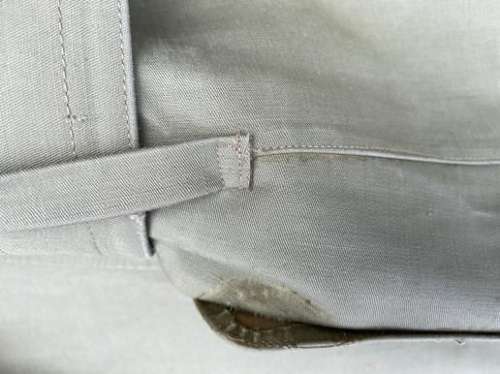 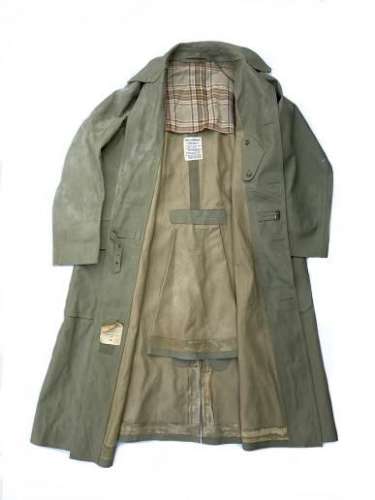 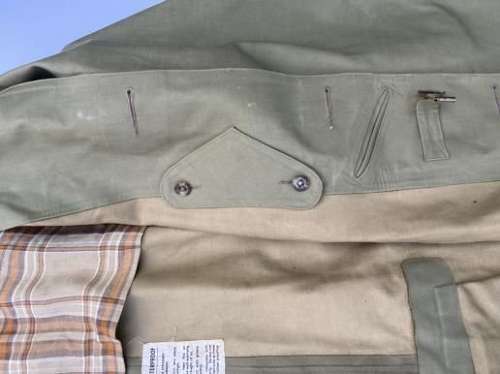 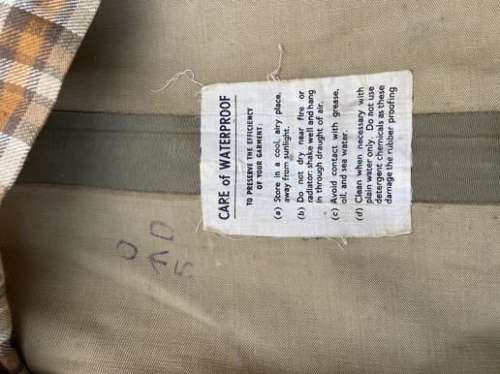 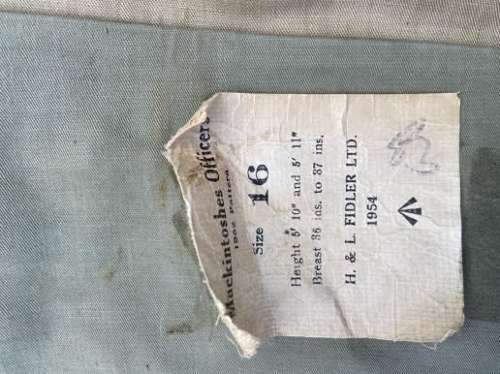 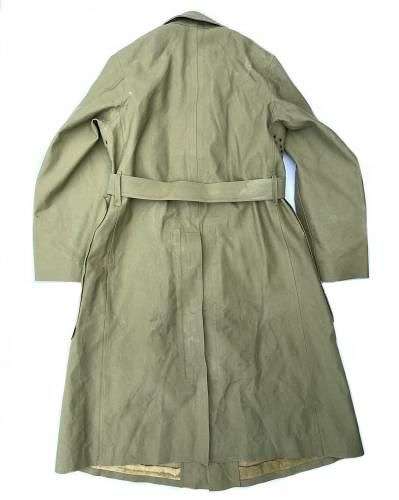 The style of this raincoat is totally unchanged from those of the 1930s and 1940s and it could easily pass as one if it wasn't for the label. The War Department approved this pattern of raincoat in the early 1950s and called it the 1952 pattern although it is essentially just a civilian 1930-40s raincoat. It also looks the same as those worn by British Officers during the Second World War.

The coat is made from a heavy rubberised material designed to keep the rain off and is half lined with a very period plaid cotton. The coat features a belt made from matching material and a leather covered buckle which is in good condition. An inside pocket can be found below which is a small belt with metal painted eyelets which fits into a corresponding buckle on either side of the coat to keep it done up and in shape from the inside. Two triangular vent sections featuring brass eyelets can also be found under each armpit.

Inside the coat there are two labels. One in the neck which relates to the care of the garment, and another in the skirt which is the original issue label. The label states the coats size as 16 which will fit up to a 37" chest. There is also a War Department acceptance stamp which is surmounted by the letter 'O' and the usual purple colour.

The overall condition of the coat is good as can be seen in the photographs. There are marks and stains however as this is a vintage and pre-worn item, so please study the photographs. These are particularly in evidence on the right sleeve. The edges of some of the stitching is also come away where the glue has dried out as illustrated in the pictures. It is still a very wearable item but please bear in mind that it has plenty of signs of wear and age as well.


All in all, a nice original Macintosh raincoat in a good size and complete with its original belt. This would be an ideal addition to a period suit or British Army Officers impression.