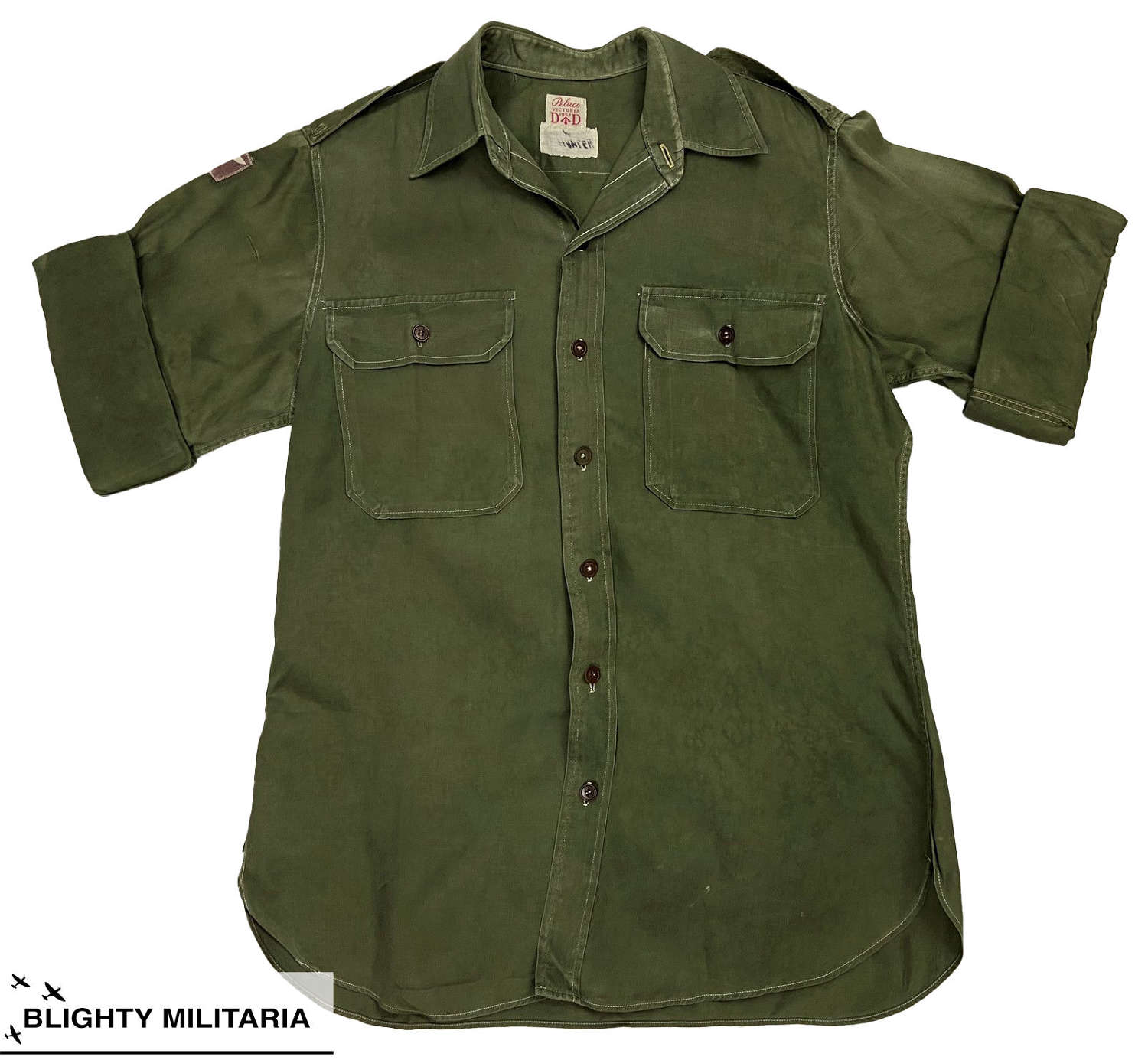 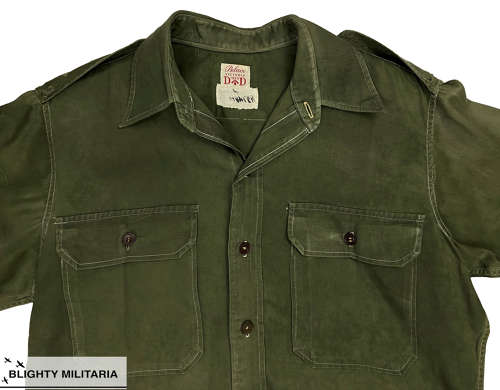 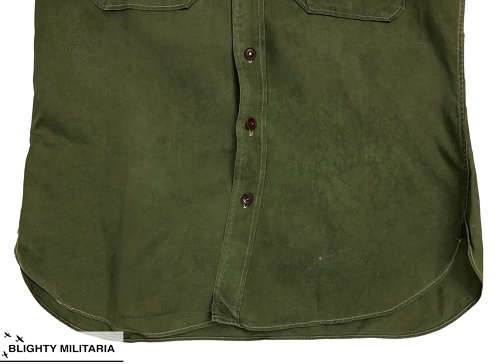 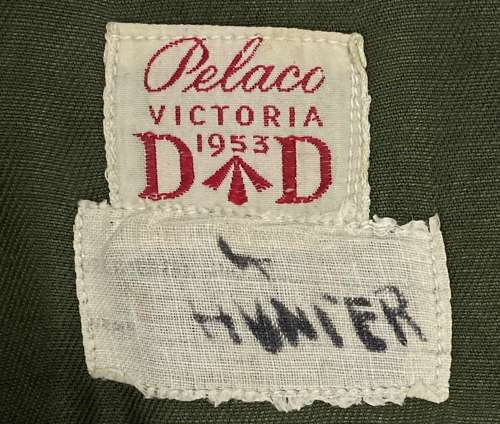 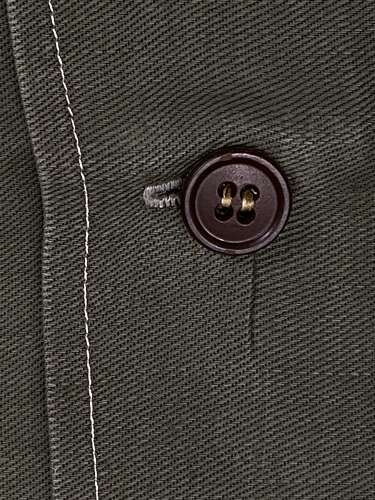 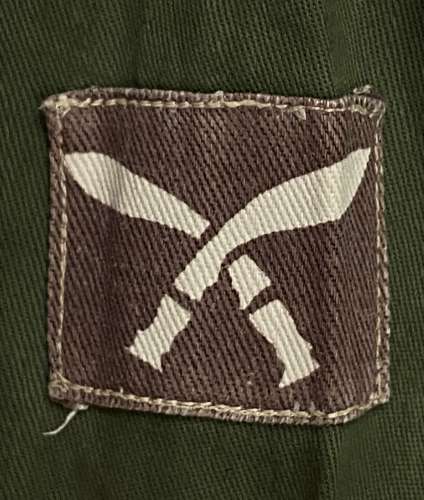 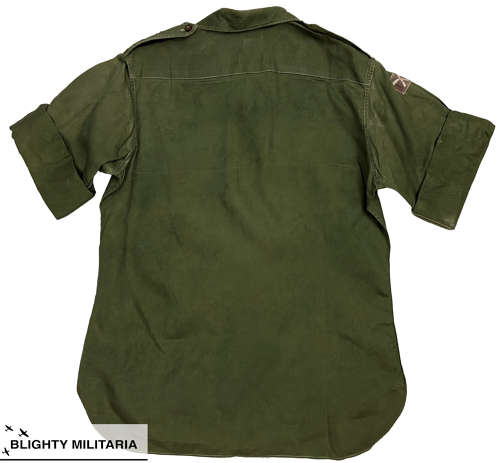 An original 1953 dated Australian made Jungle Green shirt which belonged to an officer who served with the 99th Gurkha Brigade.

This shirt is of Australian origin and was almost certainly issued in-country to the original owner as the Gurkha Division served overseas and in the jungle throughout the 1950s. The shirt is of typical period construction being made of a JG coloured cotton and features plain breast pockets, a stand and fall collar, full buttoning front and epaulettes to each shoulder which show signs of where rank badges have been fitted previously. The shirt has been starched as was commonly done during this period giving the shirt a stiff feel which is designed to make the shirt look smart. The sleeves have been starched in the rolled up position, again for smartness. Starched can be washed out if the next owner wants a soft cotton feel instead.

The shirt is fitted with dark brown coloured buttons which are typical of those used on Australian made items during this period. A 99th Gurkha Brigade formation patch is also fitted to the right hand sleeve which would suggest the original owner served in this formation.

Inside the shirt the original label is still present and features the makers name of 'Pelaco', the place name of Victoria, the Australian War Department broad arrow surrounded by two D's and the manufacture year of 1943. Below this is a second label which has washed out. It bears the original owner's surname of 'Hunter'.

The shirt is a medium size which should comfortably fit a 40" chest. When laid flat it measures -

The shirt is in reasonable condition for its age with no serious damage or flaws. There are various stains of signs of use but the shirt appears to still be totally wearable. Please study the pictures and bear in mind that this is a pre-worn, vintage shirt which may have other small issues commensurate with age.