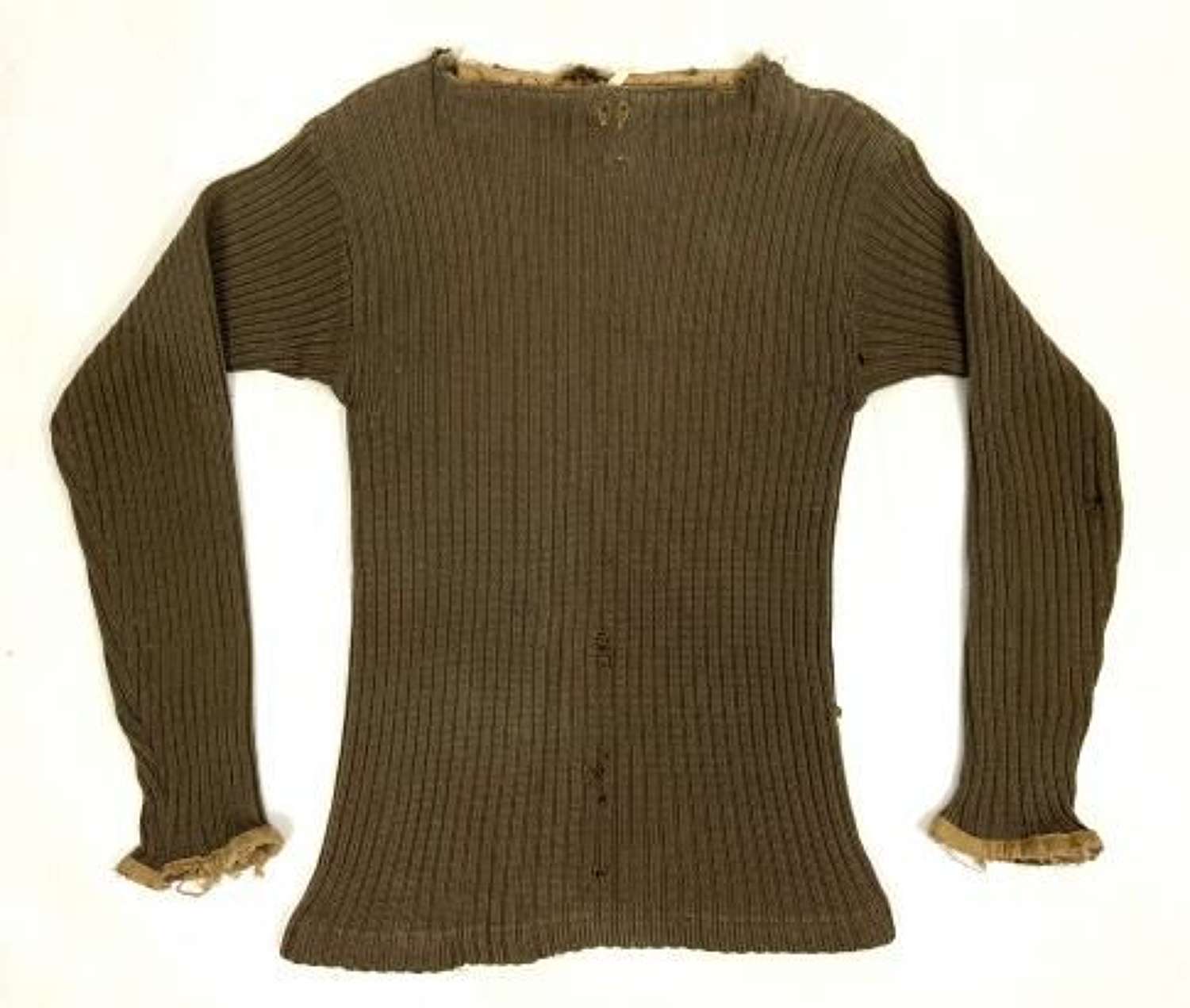 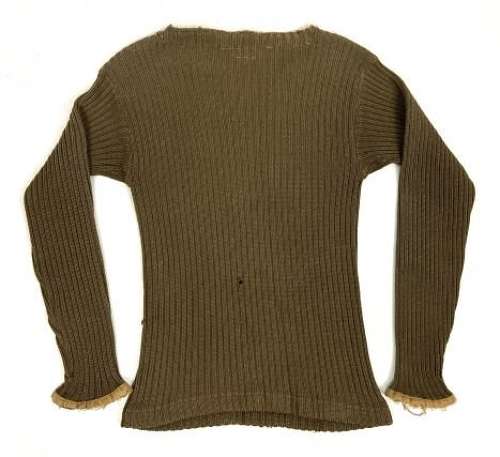 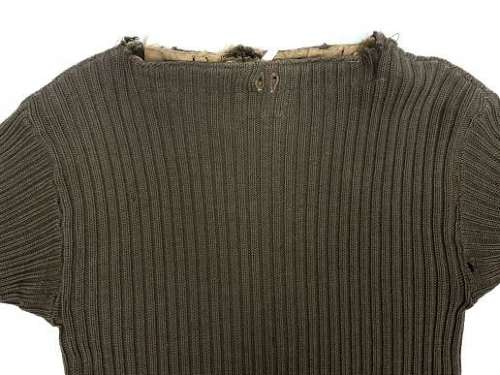 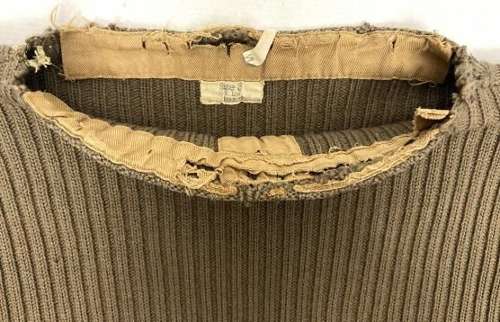 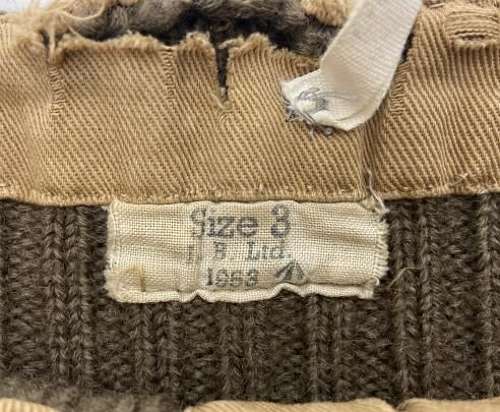 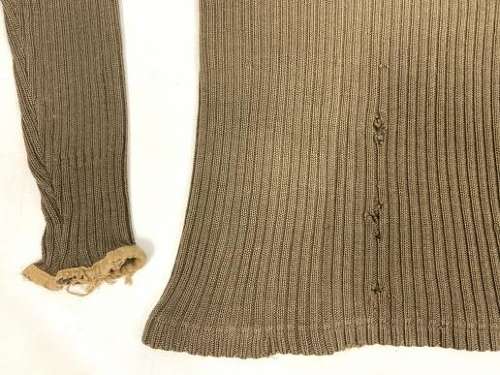 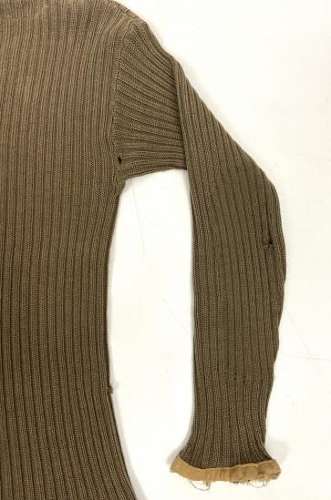 This pattern of Jumper came into issue in 1952 but was quickly replaced by the 1954 pattern which had additional cotton drill patches to the shoulders. Due to its short service life it is now arguably the rarest pattern of what are often referred to as 'Commando Sweaters'.

The jumper features khaki cotton drill trim to each cuff and re-enforcing around the neck in the same material. There is clear evidence on the elbows where the cotton drill reinforcing was originally but has since been removed. These are the correct features for the 1952 pattern jumper.

There are two holes in the front of the boat-shaped neck opening through which a cord would have originally been fitted to tighten the neck. This has clearly been removed or lost by the original owner.

Inside the jumper the original label is still present and reads 'Size 3, L.B. Ltd, 1953' and is followed by the War Department broad arrow marking.

The jumper will fit around a 36-38" chest as they are designed to stretch out and cling to the body at the same time.

The condition of the jumper is good for its age and it displays well. It does have a number of holes as detailed in the pictures and wear around the neck. It is still a good wearable item none-the-less.

Altogether a good example of this scarce pattern of Korean War period knitwear.