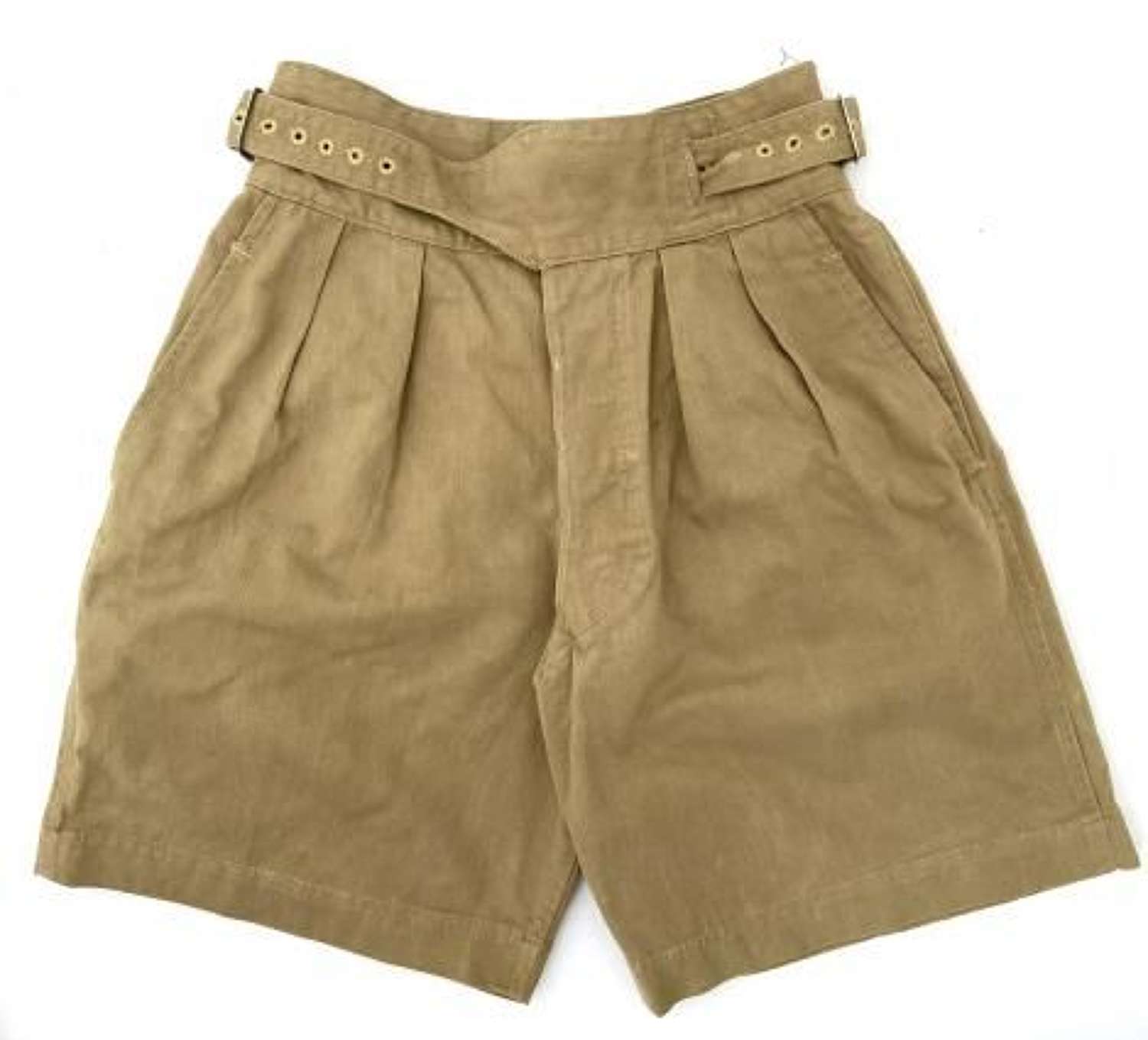 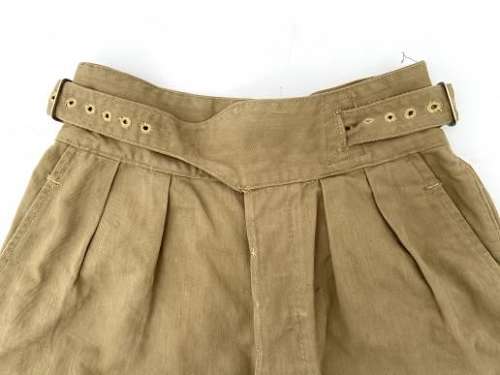 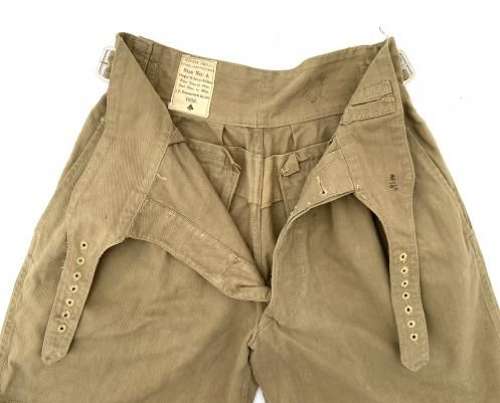 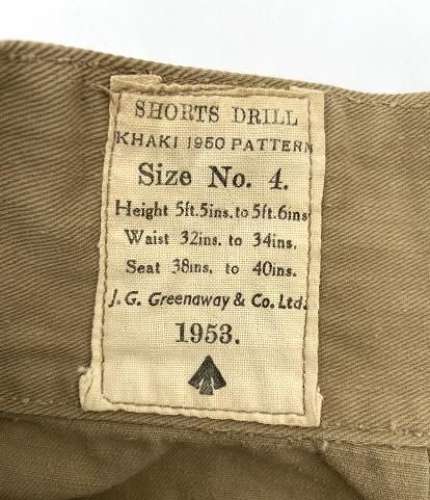 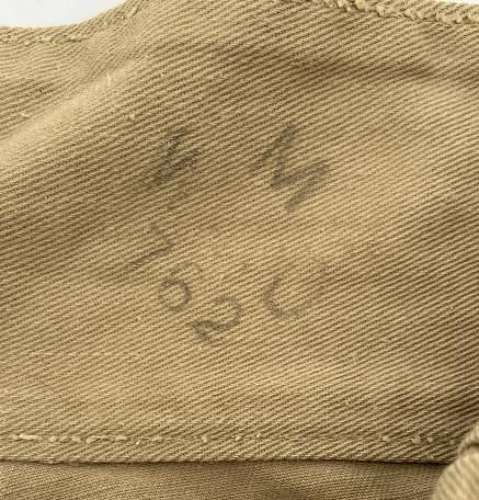 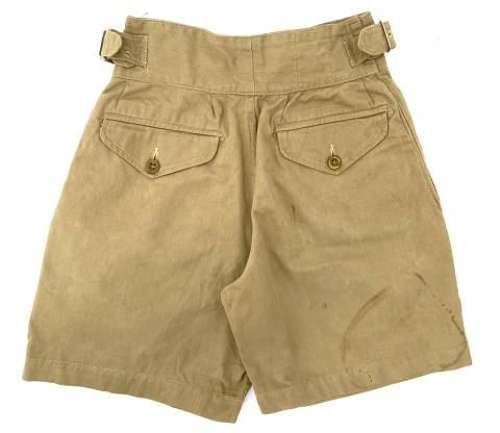 Inside the shorts the original issue label is still present and states the size as No.4 and the manufacturer as 'J. G. Greenway & Co Ltd'. The War Department broad arrow is also in evidence to the bottom of the label.

The shorts are in good wearable condition with no major signs of undue wear. They do have signs of age including some staining. Please study the pictures and bear in mind that these are a pre-worn pair of vintage shorts.

All in all a nice pair of original early 1950s Khaki Drill Shorts!