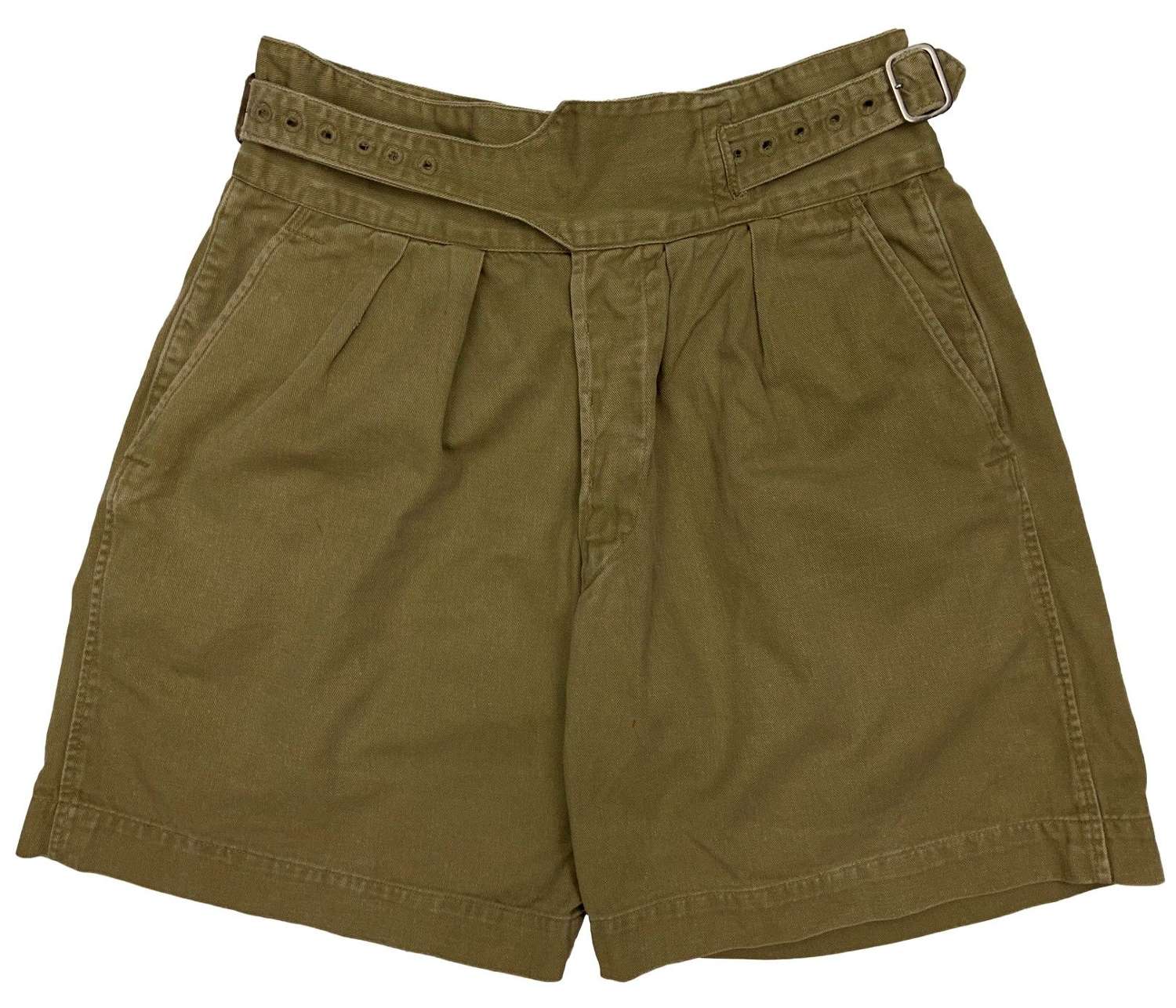 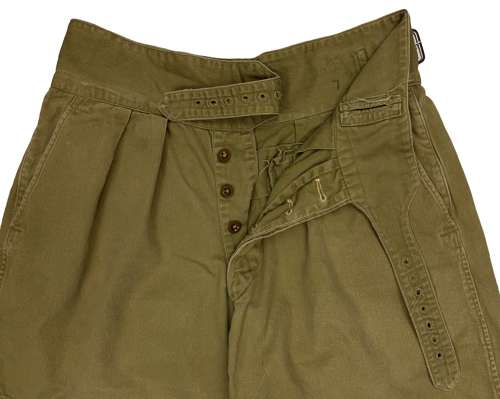 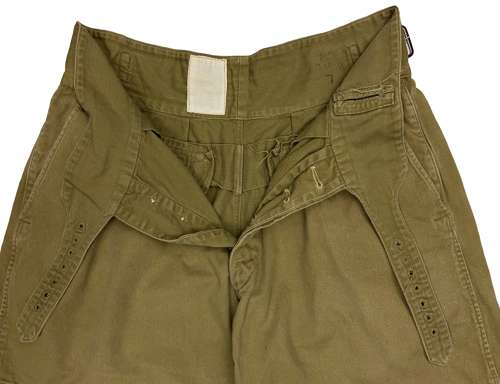 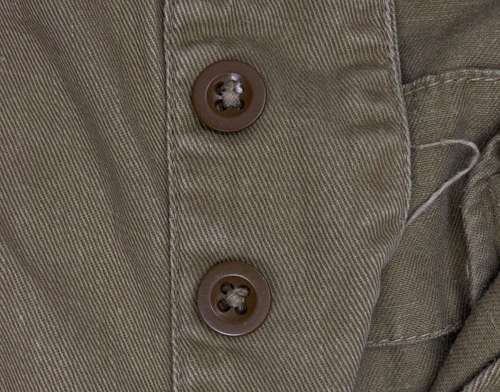 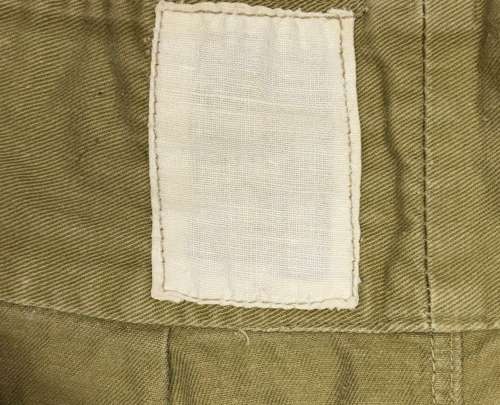 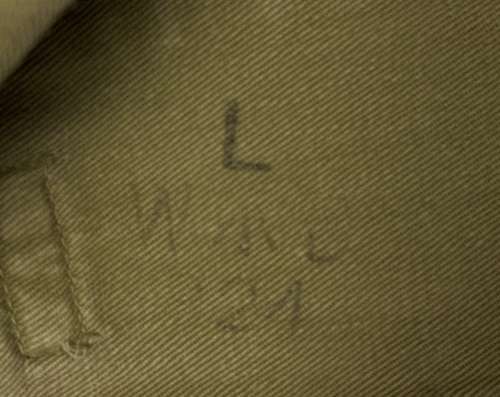 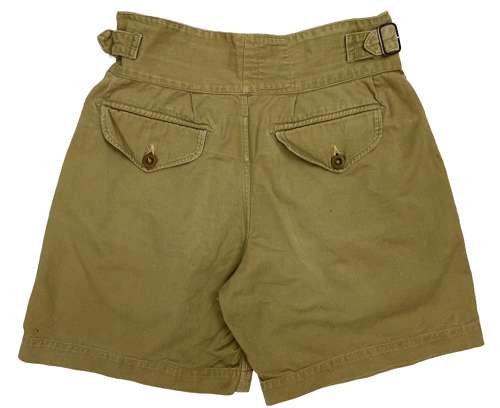 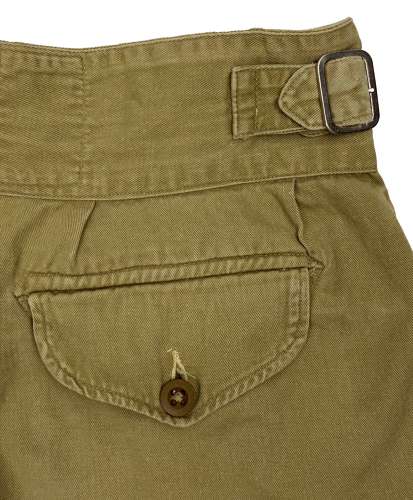 Inside the shorts retain their original maker's label is still present but has been washed out. The shorts are 1950 pattern as they have two rear pockets - The earlier 1949 pattern have no rear pockets. Whilst the label is washed out, the original War Department acceptance stamp is still present and is surmounted by the letter 'O' which denotes 1953 as the year of issue.

The shorts are in good condition as can be seen in the pictures. They have clearly been washed and laundered but don't show any real signs of undue wear. Overall the shorts are very wearable but please study the pictures as they form part of the description.