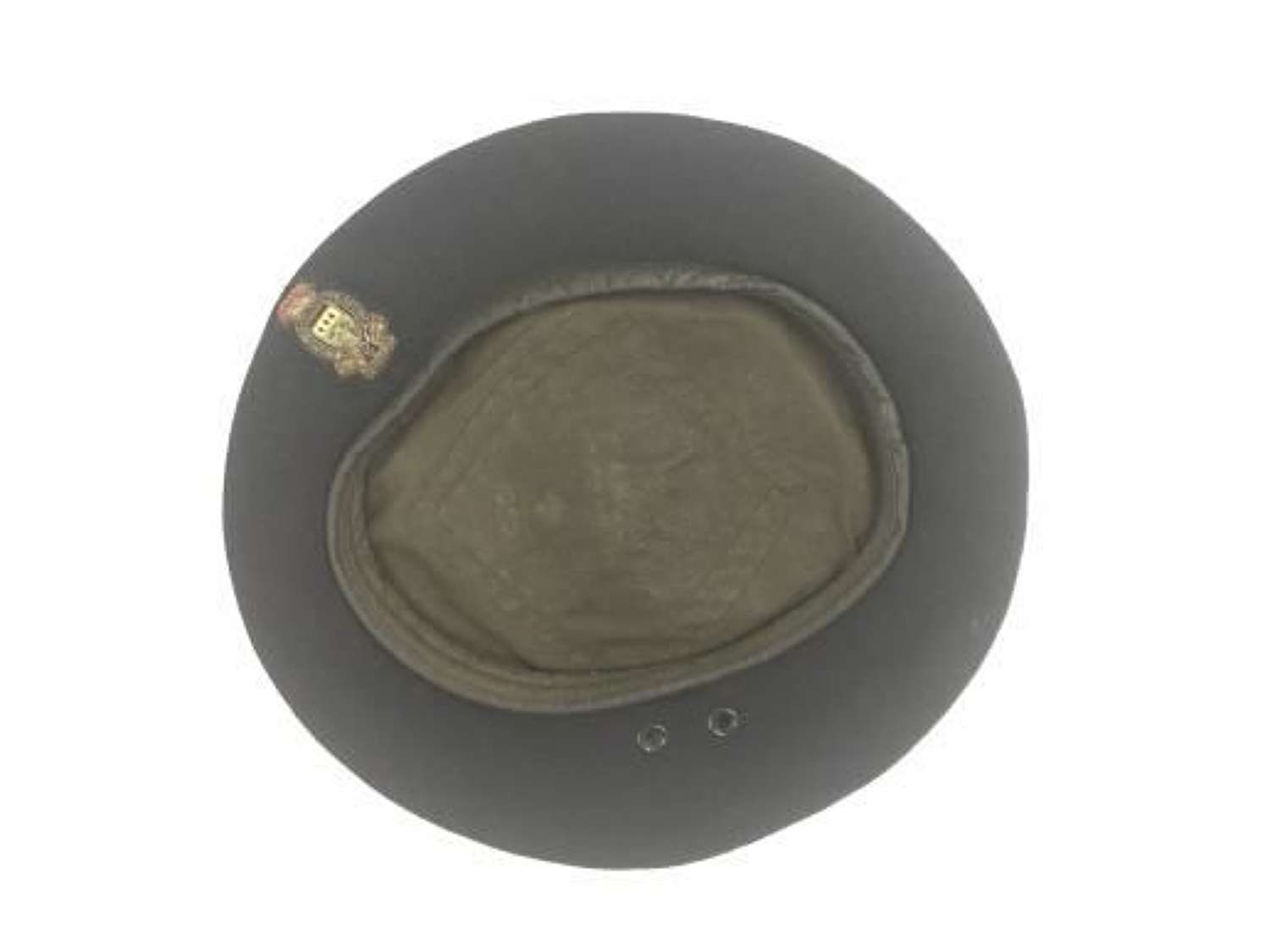 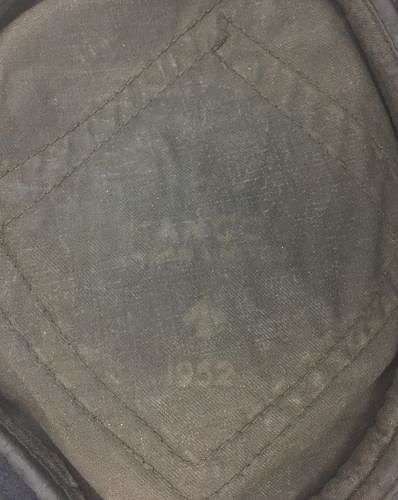 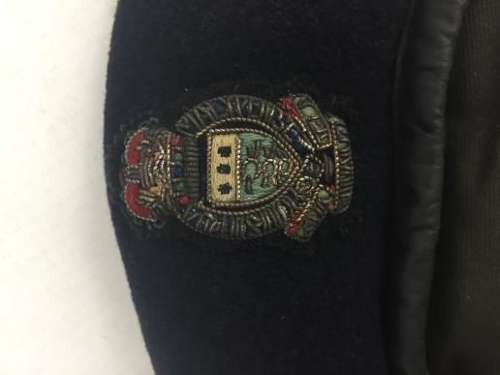 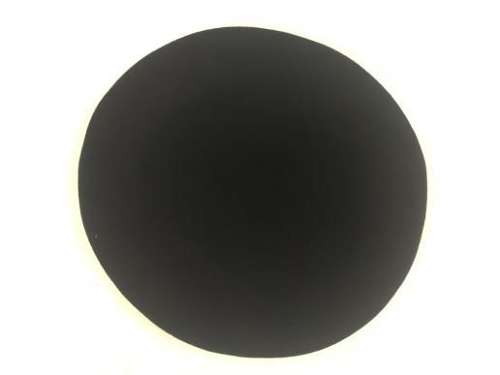 This original beret is the deep navy blue colour used by the British Army after the Second World War. Due to its early date it is still the large crown style which was popular in the Second World War rather than the later smaller crown pattern which came into issue a few years later.

The outside of the beret features an original Queens crown bullion embroidered Royal Army Ordnance Corps Officers cap badge which is in good condition and makes the beret more interesting than your usual run-of-the-mill beret of this period.

The interior shows signs of wear but some of the original markings are still visible. The makers name, 'Kangol' is still legible as is the War Department broad arrow marking and 1952 date.

The condition of the beret is good and it displays well.

All in all a nice original beret from the immediate post war period with an interesting officers cap badge.