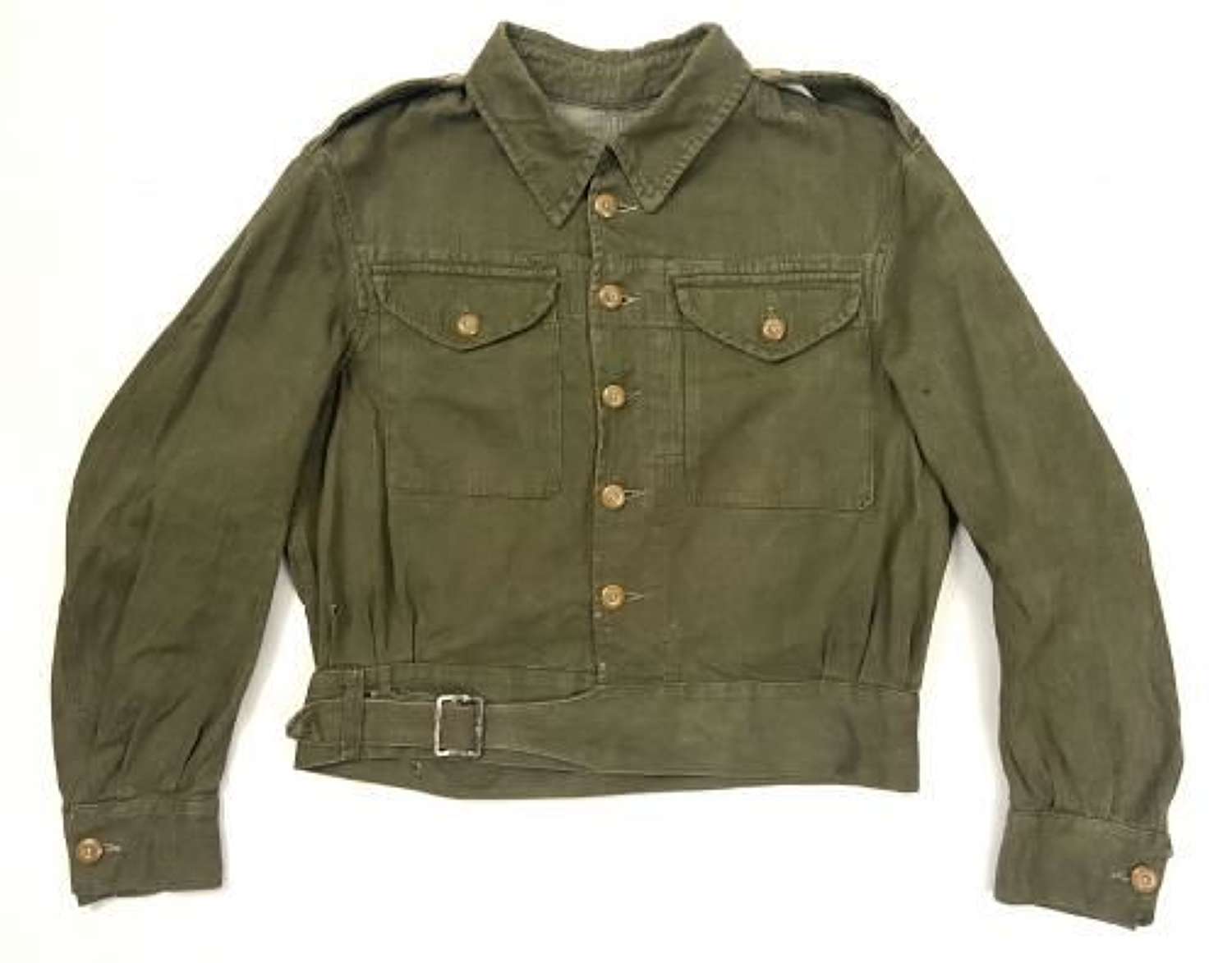 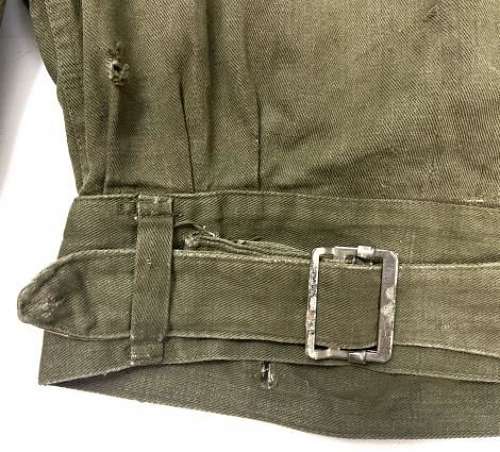 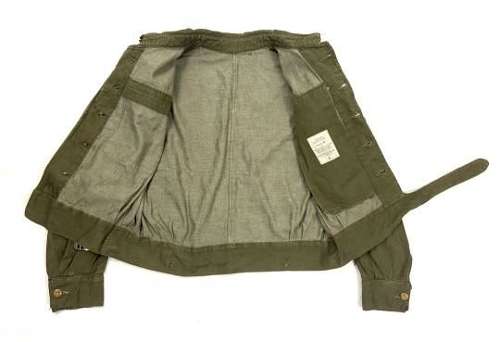 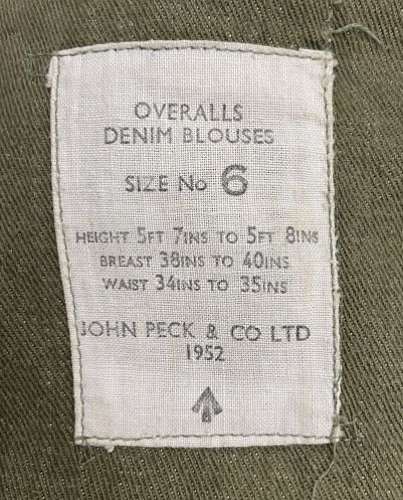 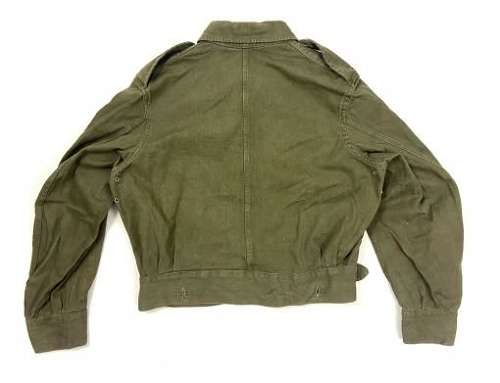 An original British Army Denim Battledress Blouse dated 1952 and in a size No.6.

The jacket features butterscotch coloured revolving shank buttons which are held on with period split rings to the reverse. The waist fastens with a steel buckle.

Inside the jacket the original label is still present and states the manufacturer as 'John Peck & Co Ltd'. The 1952 date is present as is the War Department broad arrow marking and various details relating to sizes. The jacket is designed to fit a 38-40" chest and a 34-35" waist.