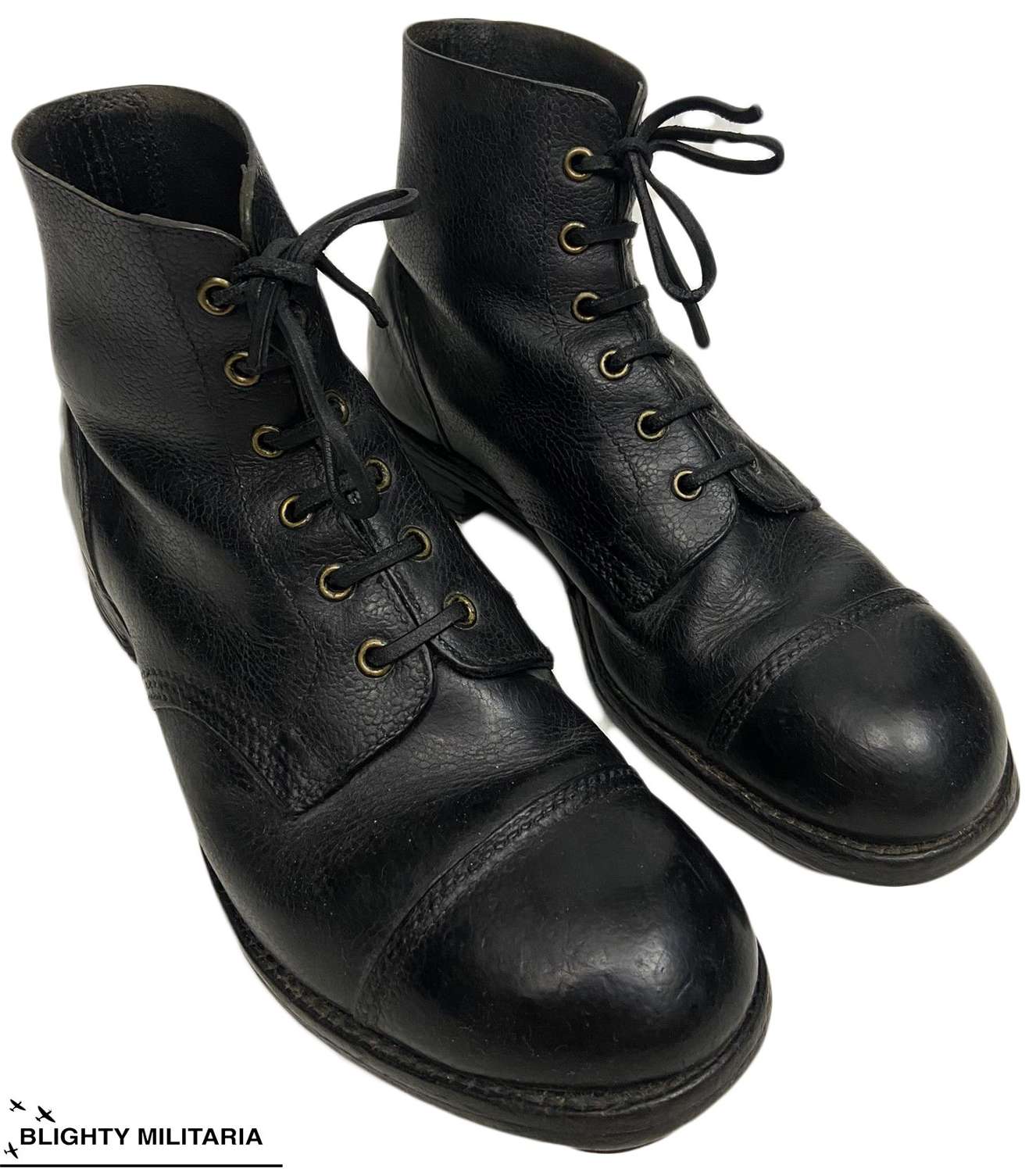 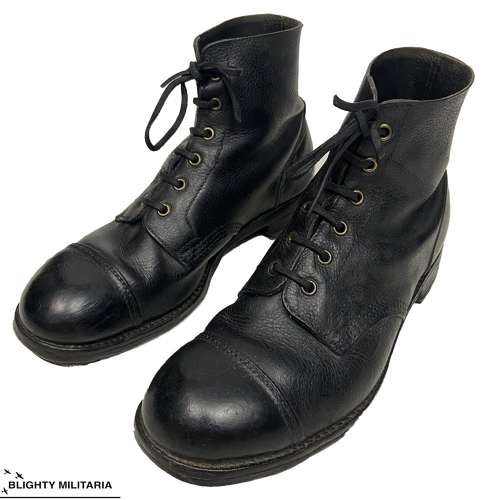 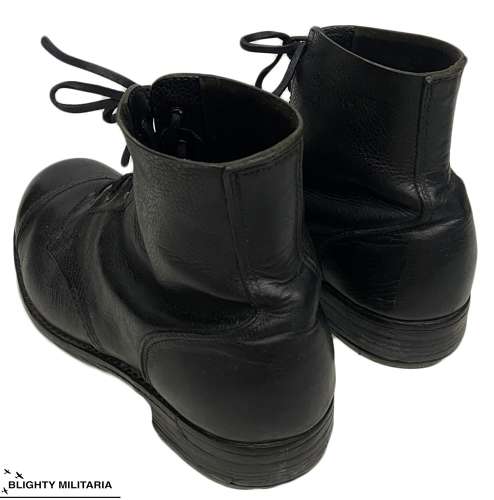 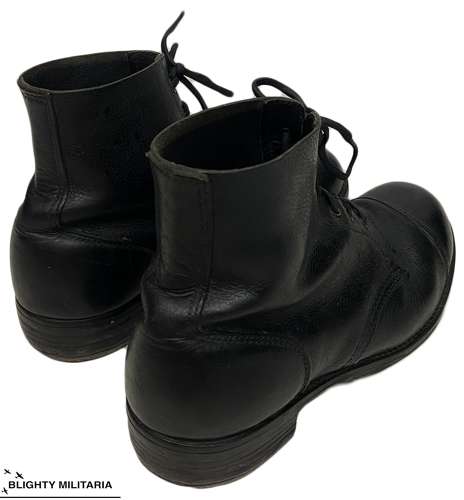 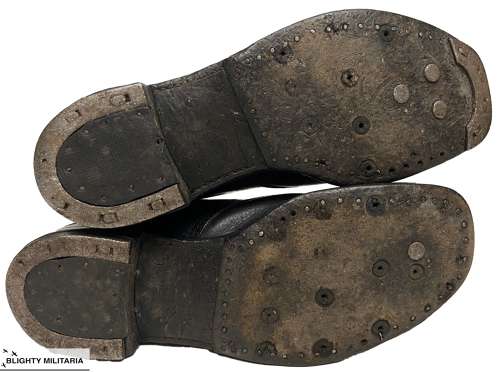 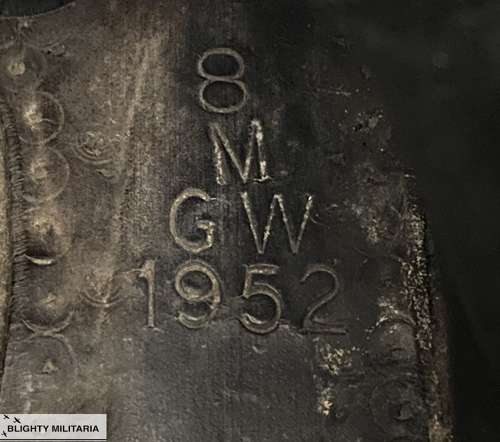 An original pair of 1952 Dated British Army Ammunition boots in a size 8M and in good wearable condition.

These boots came into issue with the British Army in the 1930s and saw extensive use throughout the Second World War and remained standard issue for a number of years after the conflict. This particular pair are marked up as a size 8M and dated 1953 inside. The boots are made from the correct pebbled leather and feature black painted brass eyelets. Both boots have been fitted with new leather laces of the correct pattern.

The underside of the boots feature the correct metal horseshoe plates to heels. The soles are leather and have been previously fitted with metal toe plates and studs, although only some are still intact.

All in all, a nice original pair of boots which are identical to WW2 issue. These would be ideal for a re-enactor or mannequin.