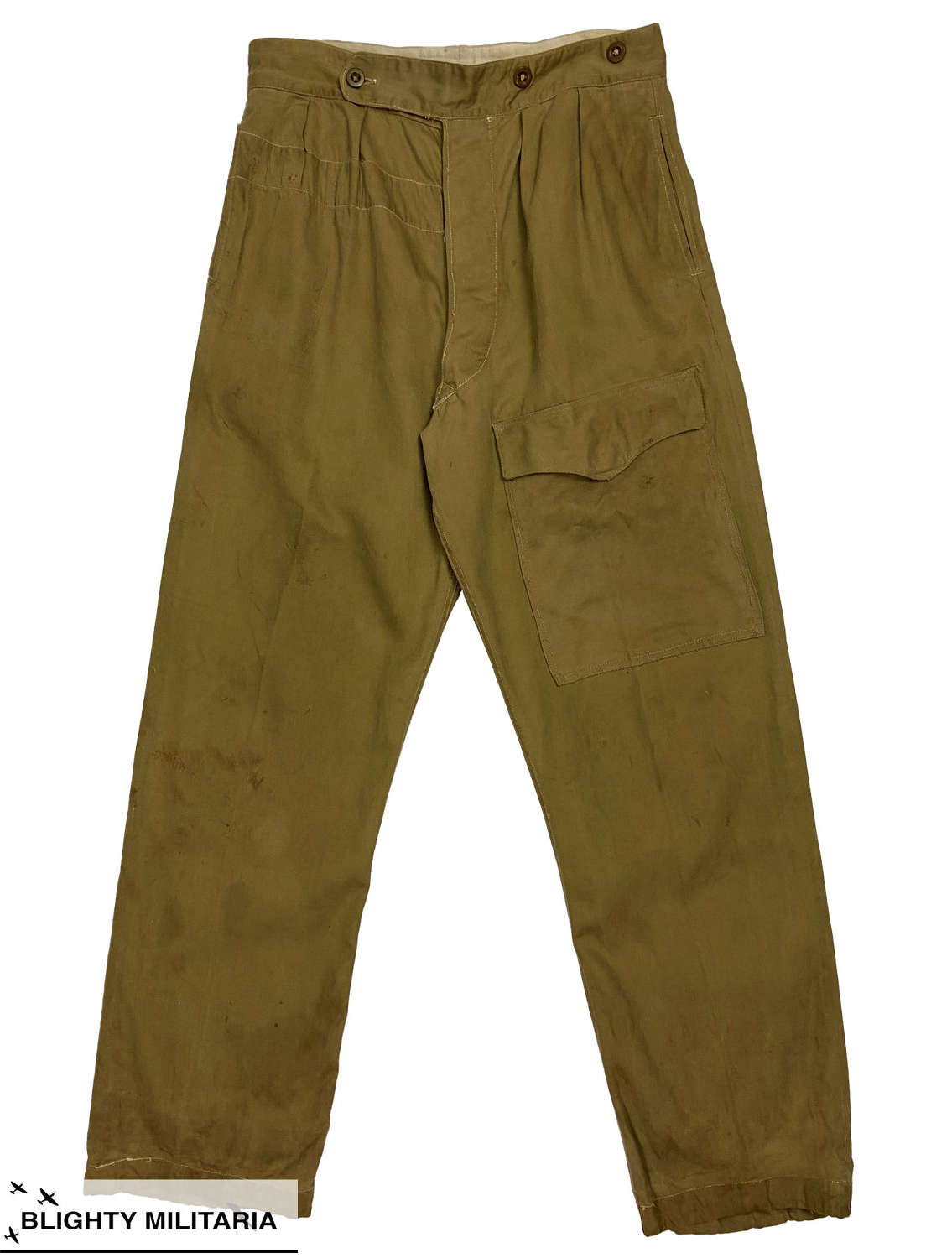 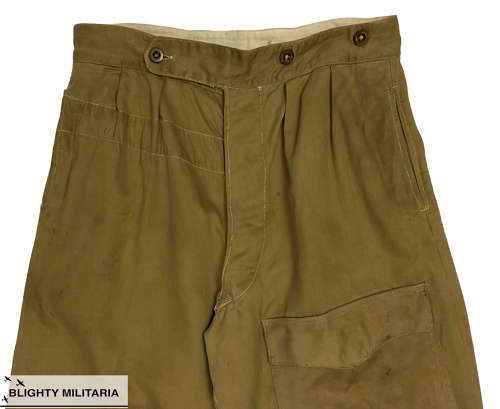 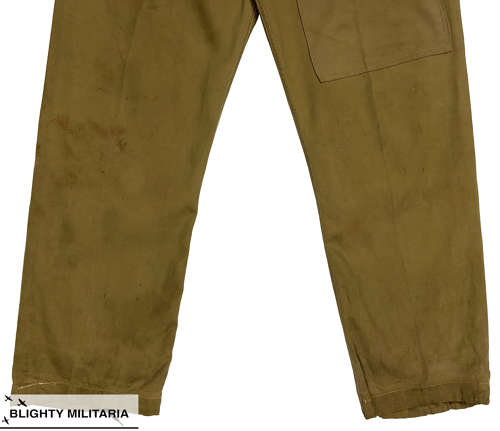 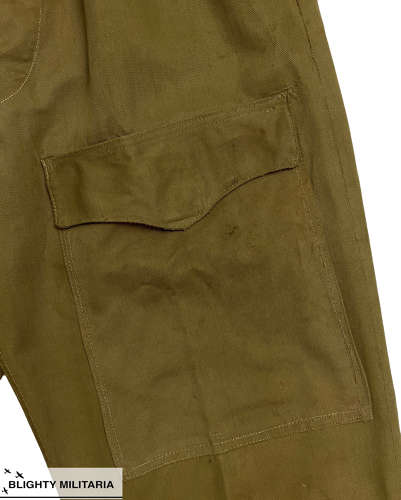 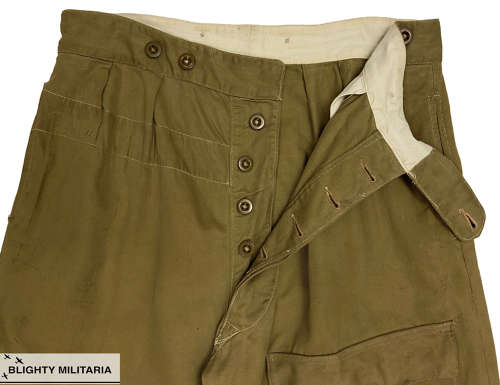 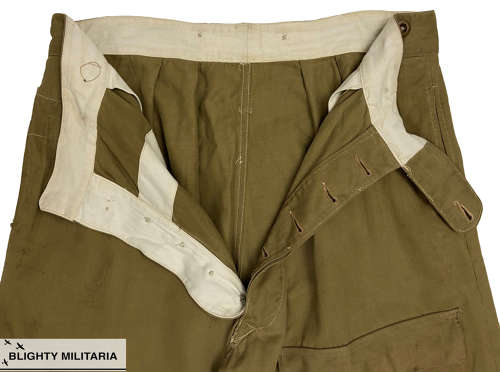 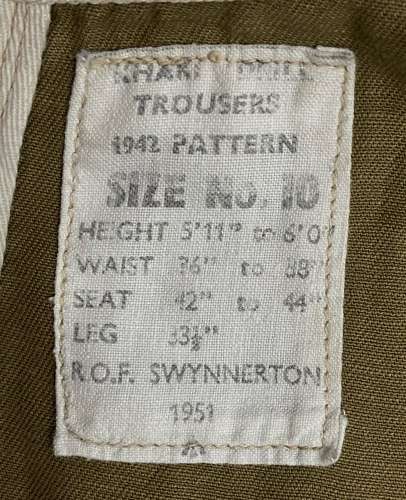 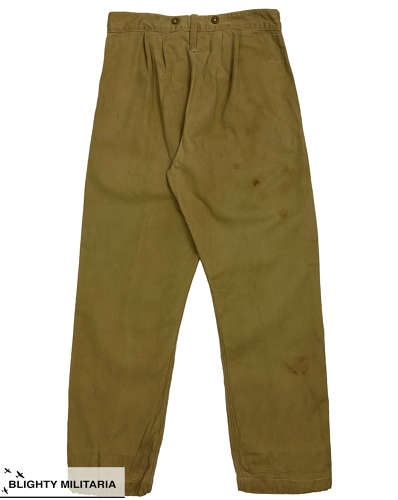 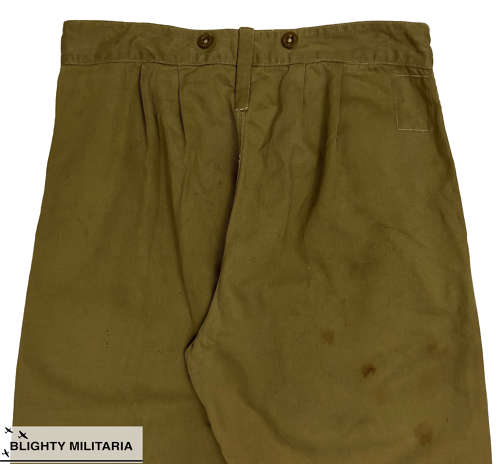 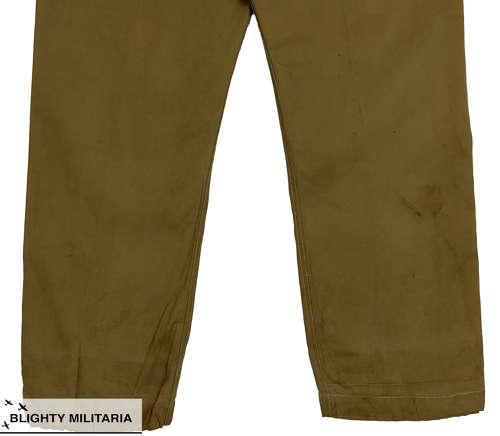 This pattern of trousers came into use with the British Army during the middle of the Second World War and is one of the more sought-after patterns today. They originally featured a First Field Dressing pocket to the right hip which has been removed as well as a fly button front and brace buttons. All the buttons are green coloured plastic examples and original to the trousers. Other notable features found on this pattern of trousers are the twin pleated front and rear and the extra buttons for the waist tab to allow for different fittings at the waist - a precursor to the cross belt design introduced in 1944 and used for many years post-war.

The trousers also feature a map pocket to the front left thigh. Usually this pattern did not have such a pocket so I think it is most likely a modification carried out by the original owner. Laces have also been fitted to the bottom of each trousers leg allowing them to be tightened at the ankle.

The original manufacturer's label is still present to the rear interior. It states the size as No. 10, the manufacturer as ‘R.O.F Swynnerton’ (which stands for Royal Ordnance Factory) and the date as 1951. The War Department broad arrow marking is also in evidence on the label.

The trousers are in good, wearable condition for their age but have plenty of signs of wear and use. The trousers are still very usable but have lots of staining etc which can be seen in the pictures. Please study the pictures before purchasing and bear in mind that these are a pre-worn pair of vintage trousers which may have small flaws commensurate with age.

Altogether a nice pair of original Khaki Drill trousers in good condition and with some interesting period modifications.