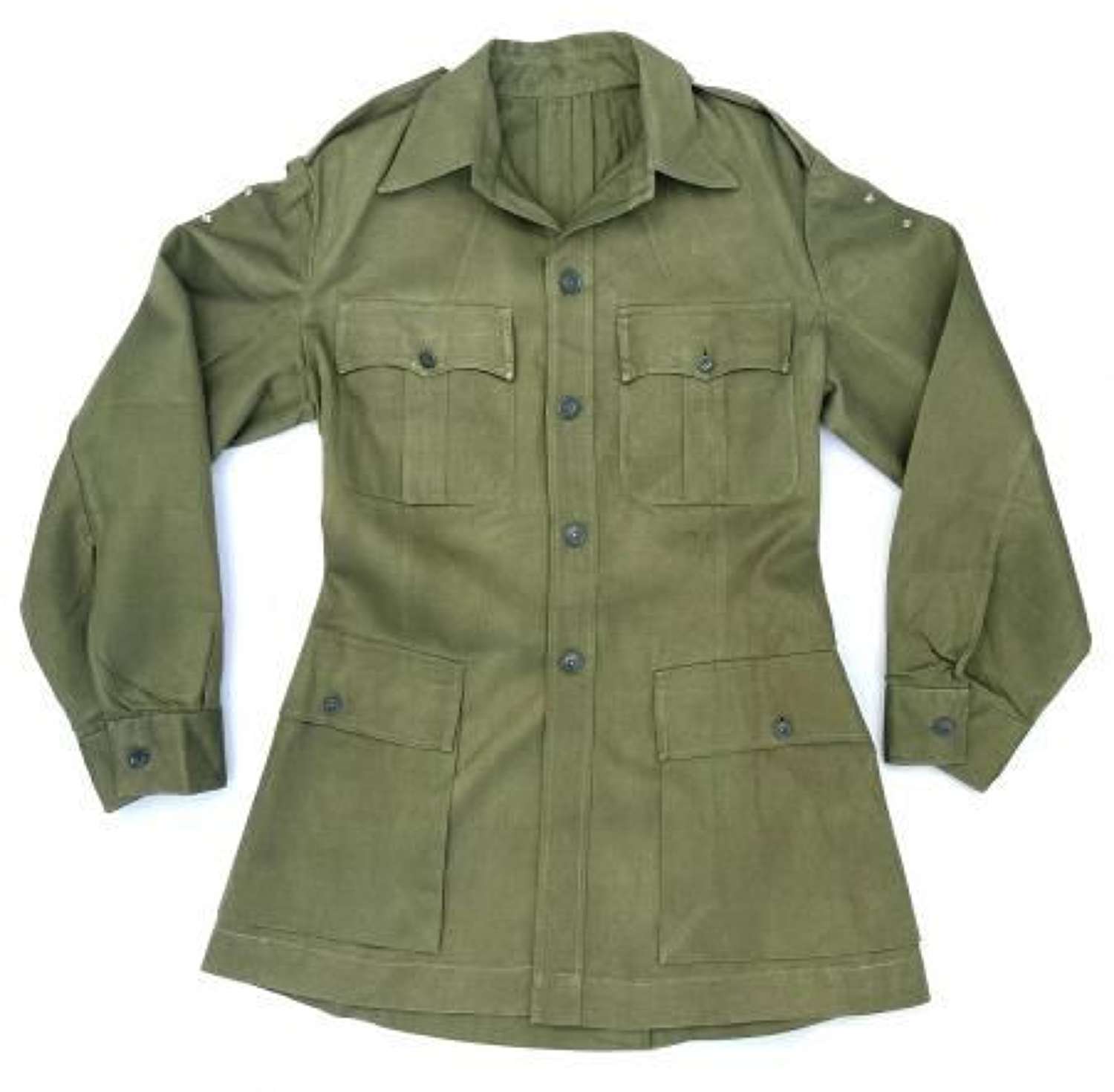 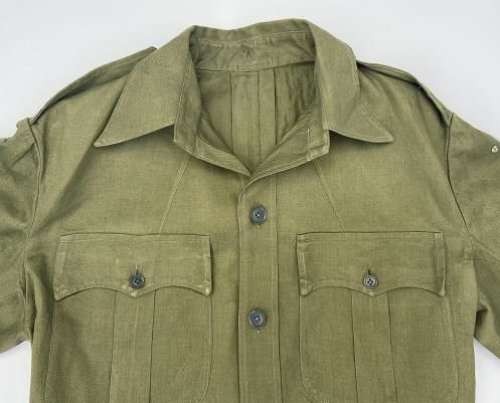 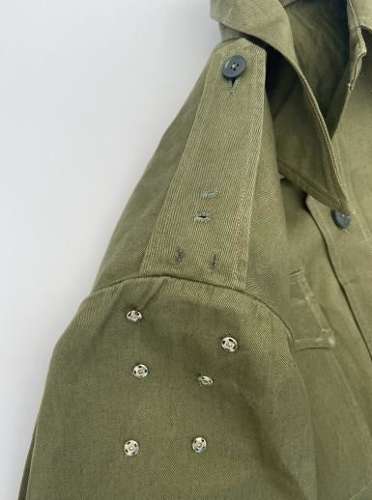 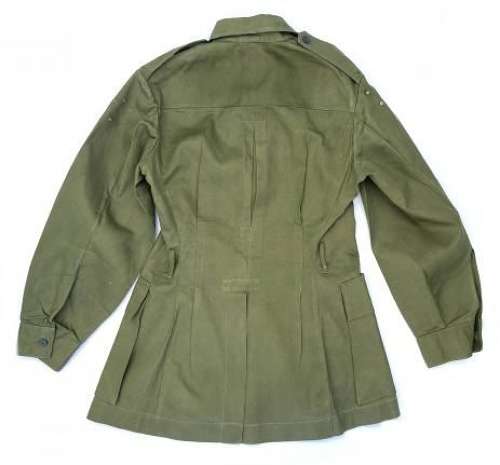 SOLD
An original theatre made British military Jungle Green Bush Jacket in very nice condition and dating from the 1950s.

This jacket is typical of those made for British Army officers during the 1940s and 1950s. It features pleated chest pockets with scalloped flaps, lower bellows pockets which are again flapped, long sleeves with a buttoning cuff. The epaulettes feature hand stitched holes which look to be for a shoulder title and a single rank star, suggesting that the original owner was a Second Lieutenant.

Pop studs can be found on each sleeve which would have attached insignia to the jacket originally. It was commonplace to have removable insignia for laundering purposes. The jacket also features belt loops but no belt. I may have a belt in stock which would fit the tunic however.

The jacket will fit around a 38” chest depending on desired fit. When laid flat it measures -

The jacket is in very nice condition with only limited signs of age and wear. It has clearly been worn and laundered but has plenty of life left in it. It may however have small issues consummate with its age so please take time to study the pictures.

All in all a nice example of a British Army Officers Jungle Green Bush Jacket in nice wearable condition.