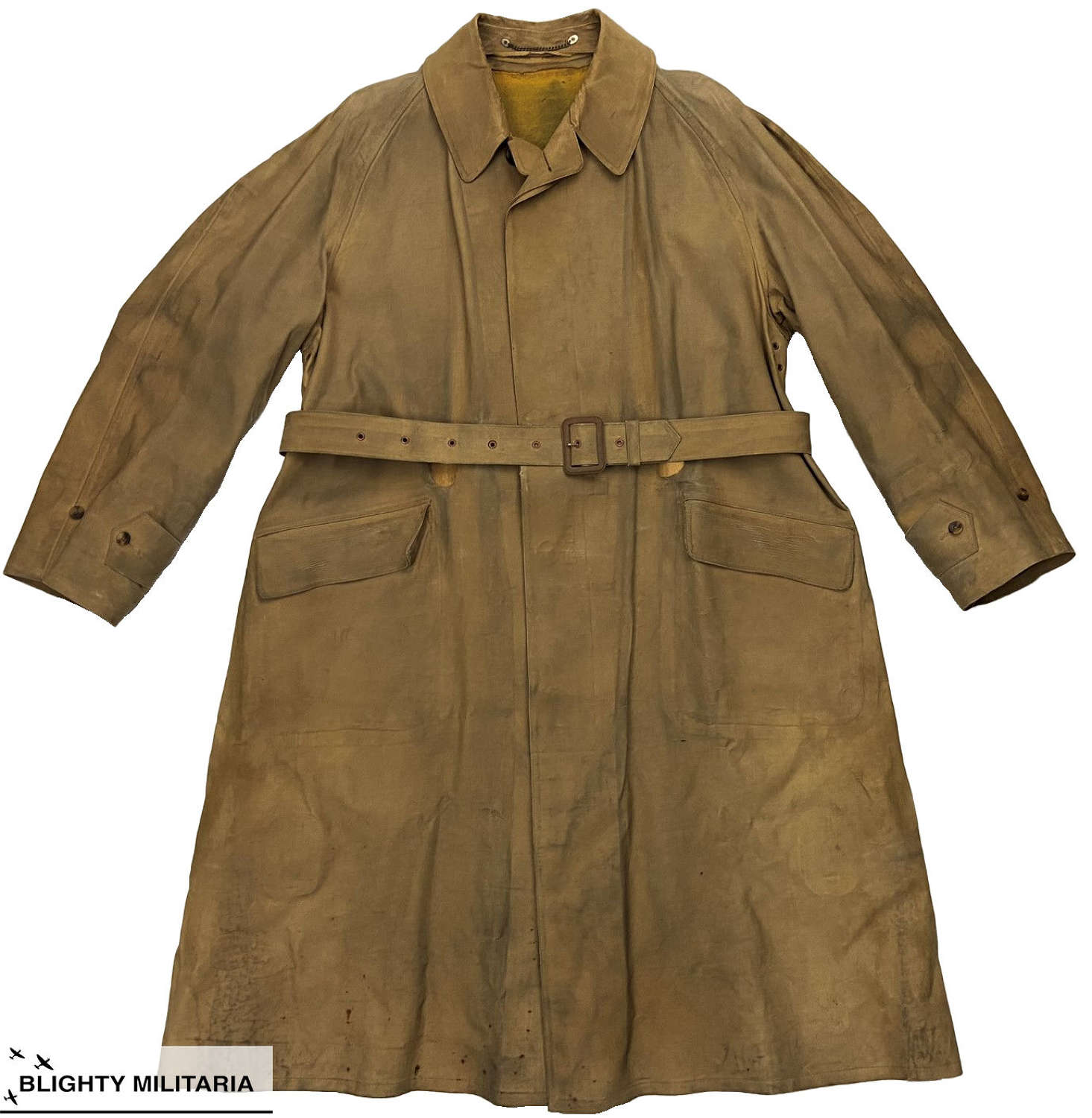 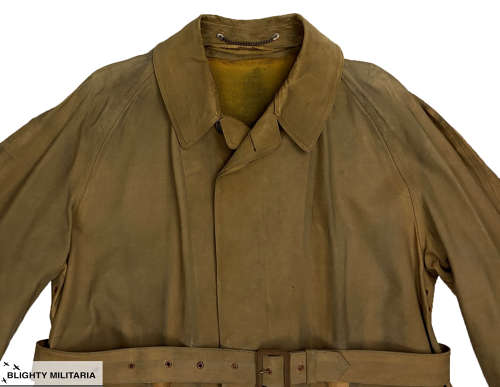 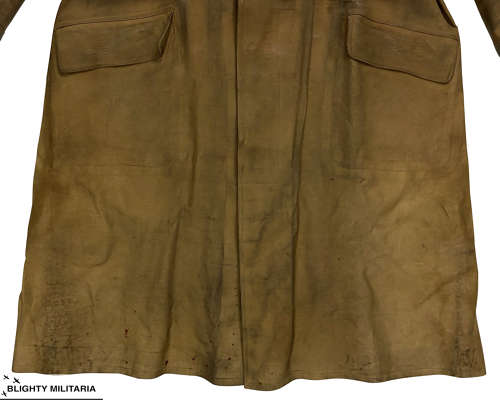 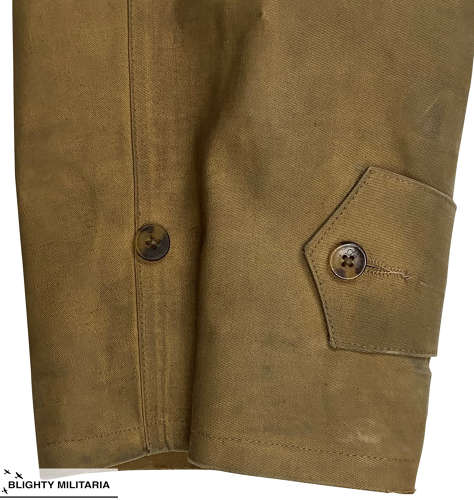 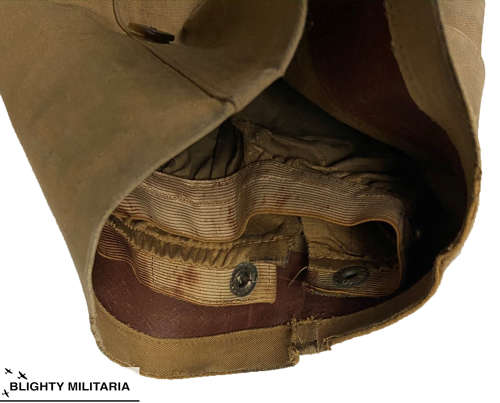 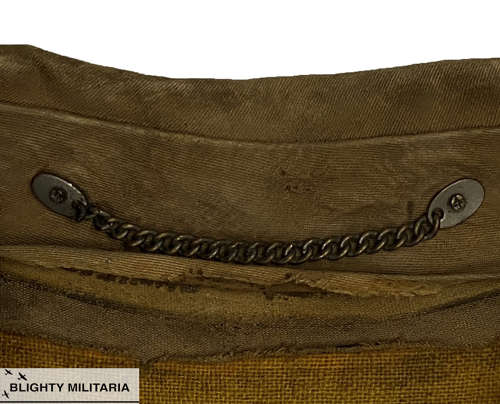 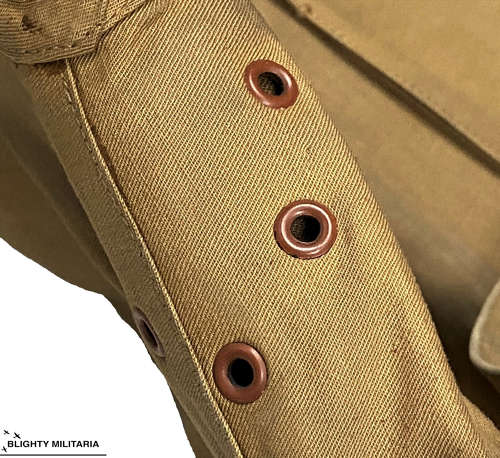 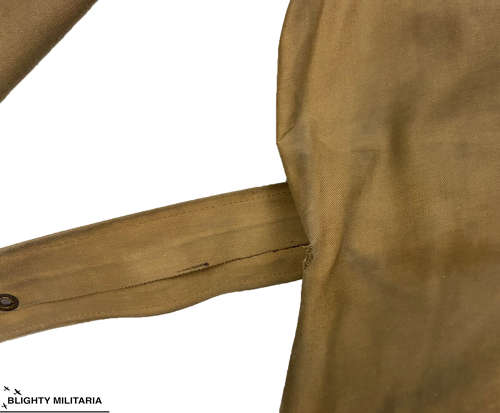 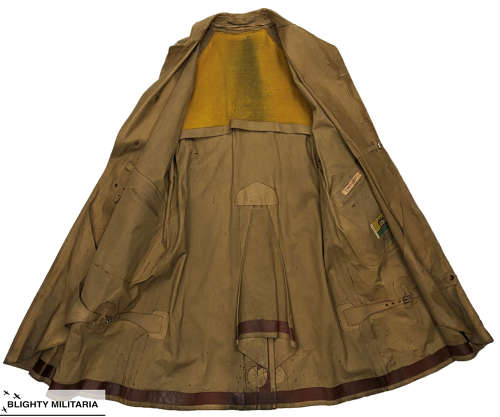 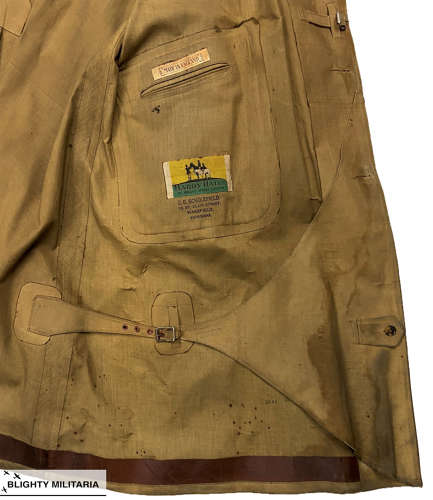 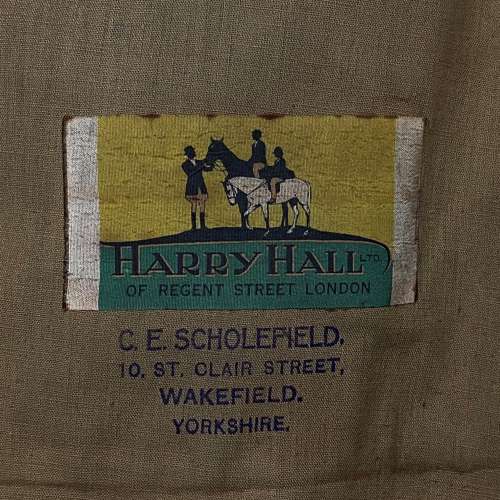 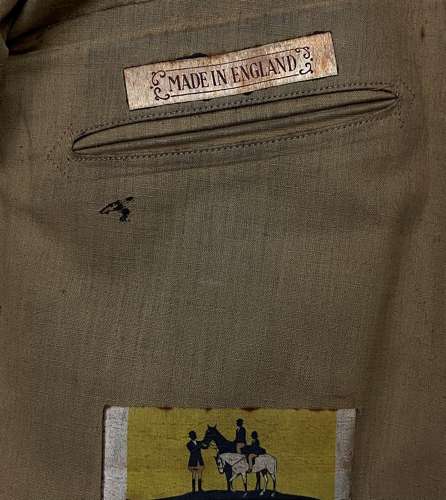 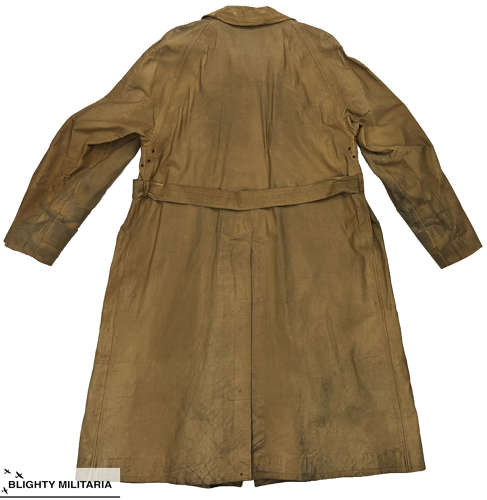 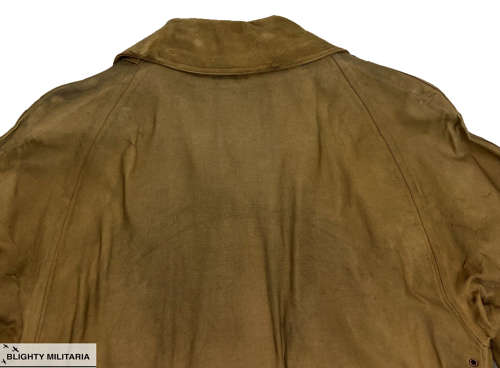 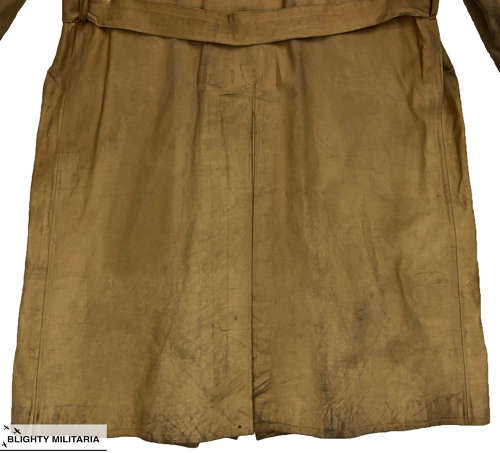 An original British made Rubberized Macintosh Raincoat made by 'Harry Hall' and dating from the 1950s.

The style of this raincoat is totally unchanged from those of the 1930s and 1940s and it could easily pass as being from this period. This style of coat was very popular with British Army officers during the war but were also a common sight in towns and cities across the UK in the post-war period.

The coat is made from a heavy rubberised material designed to keep the rain off and is half lined. The coat features a belt made from matching material and a leather covered buckle which is in good condition. An inside pocket can be found below which is a small belt with metal painted eyelets which fits into a corresponding buckle on either side of the coat to keep it done up and in shape from the inside. There are also two more belts to the lower portion of the coat which can be used to fasten the coat around the legs. Brass eyelets can also be found under each armpit and a metal hanging chain is situated to the neck. The cuffs feature a buttoning tab and an elasticated storm cuff to the interior which fastens with a press stud.

Inside the coat the original labels are still present.  The main label reads 'Harry Hall Ltd of Regent Street, London' and features a graphic depicting horse riders. A second label reads 'Made in England' and can be found above the interior pocket opening above the main label. The original owner has also had his name and address added in purple ink as 'C. E. Scholefield' of Wakefield.

The coat is in heavily worn condition which is reflected in the price. It is still wearable but has various staining as should be evident from the pictures. There are two repair patches to the front where the belt has rubbed against the front of the coat although these won't be visible with the belt worn fastened. There is also a small hole as pictured in pictured number 9 where the belt has rubbed again. The coat is very wearable and looks great but please take time to study the pictures and bear in mind that this is a pre-worn, vintage coat which may have small issues commensurate with age.

All in all, a good original Macintosh raincoat complete with its original belt. This would be a good addition to a period suit or British Army Officers impression.