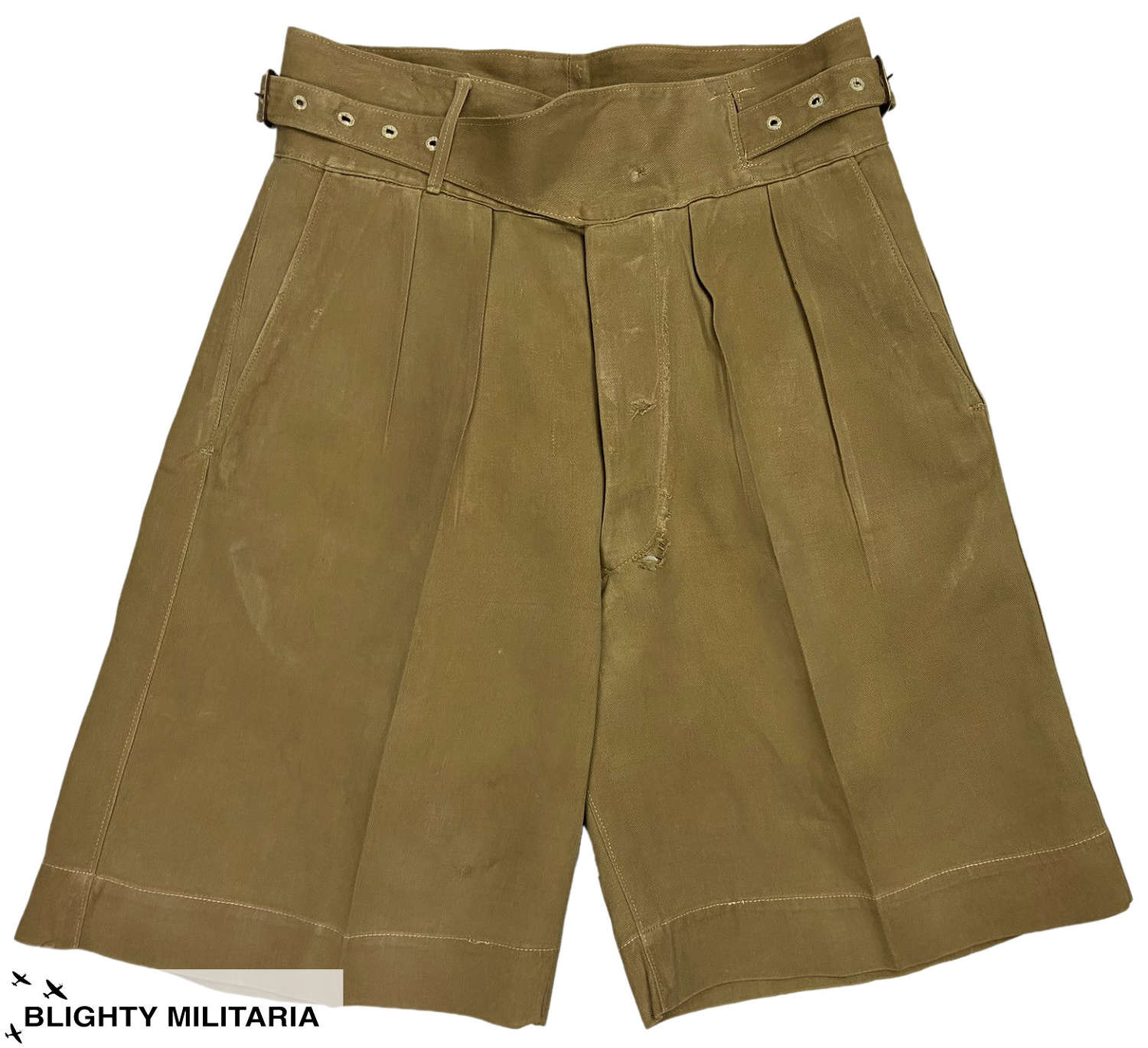 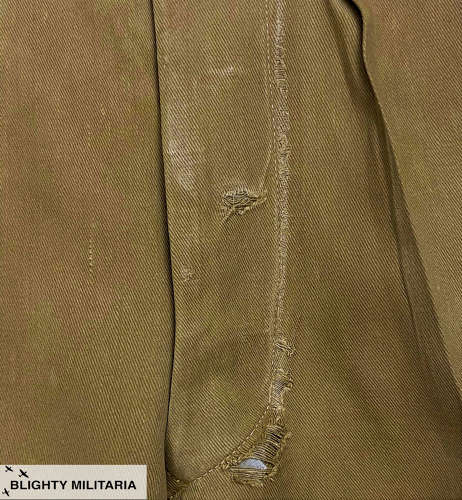 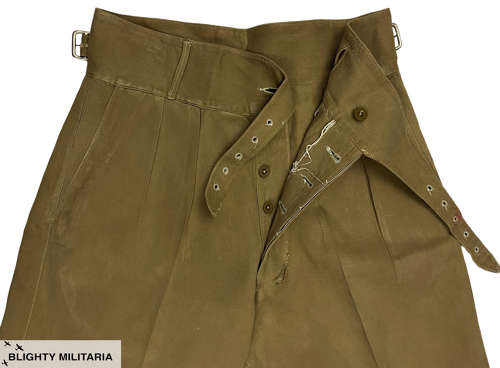 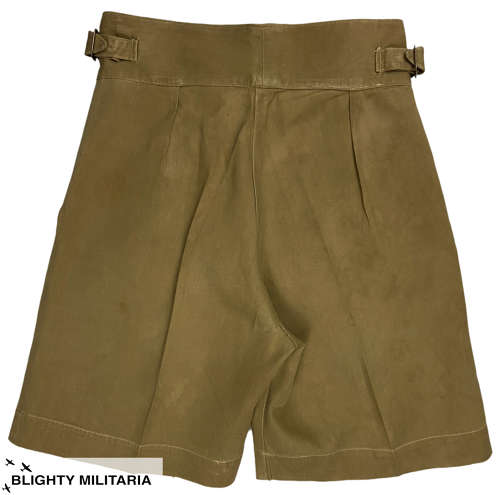 An original pair of private purchase 1950 pattern khaki drill shorts which were made in the 1950s.

The shorts come complete with their original chrome plate buckles. These are removable for washing purposes and are often missing from shorts and trousers offered on the market today. The fly of the shorts fastens with plastic buttons and there are angled slash pockets to each hip.

The shorts are in good wearable condition with some signs of wear and age. They have been starched giving them a stiff feel and there are marks from ironing etc. There is some wear around the fly as is illustrated in the pictures. Please take time to study the pictures before purchasing.

A sought after style of post-war shorts.