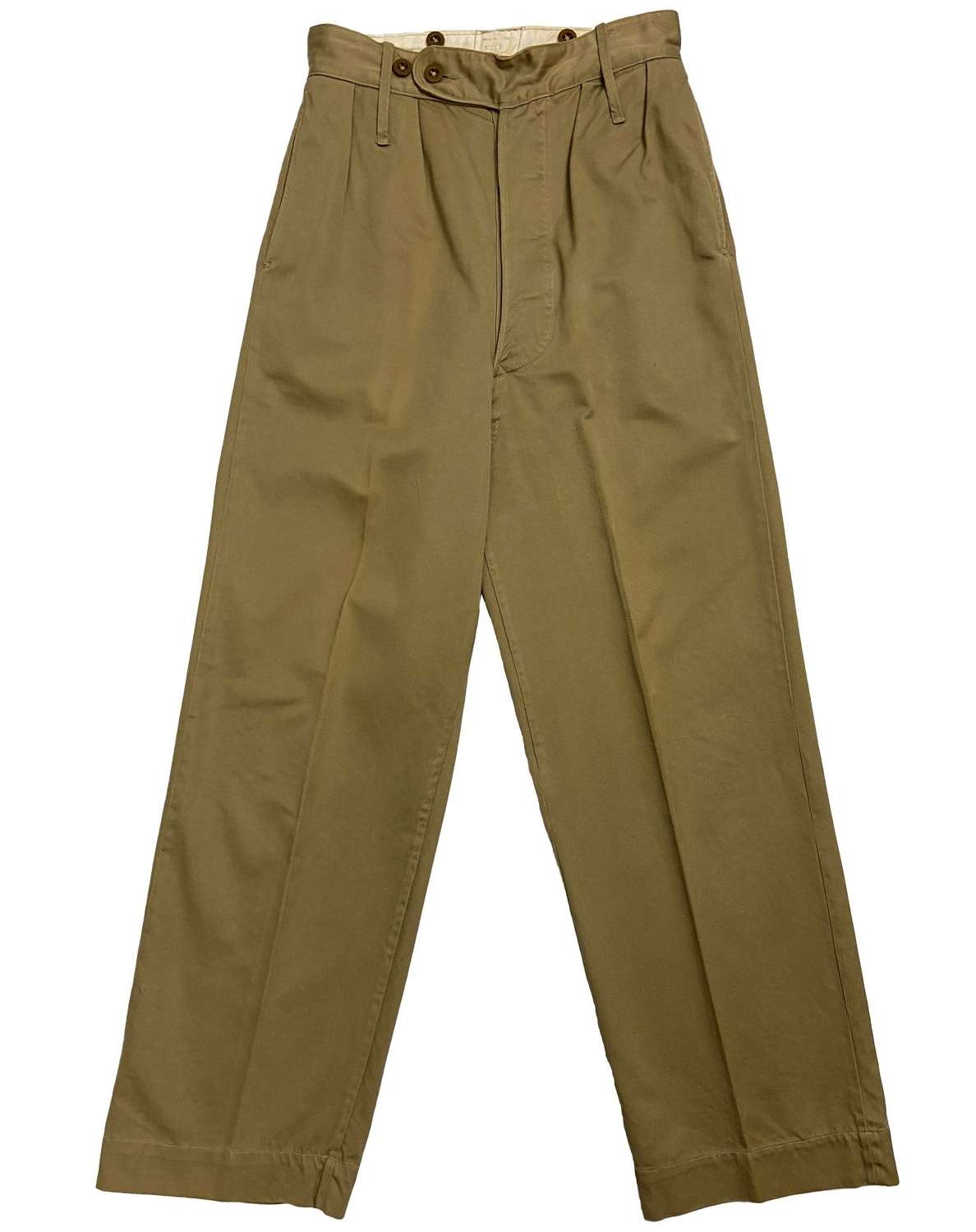 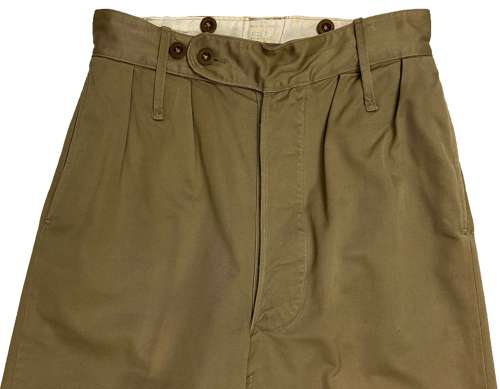 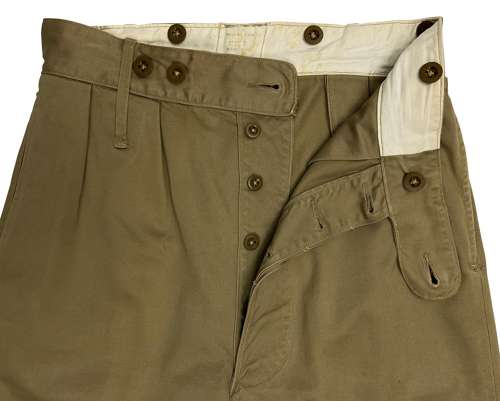 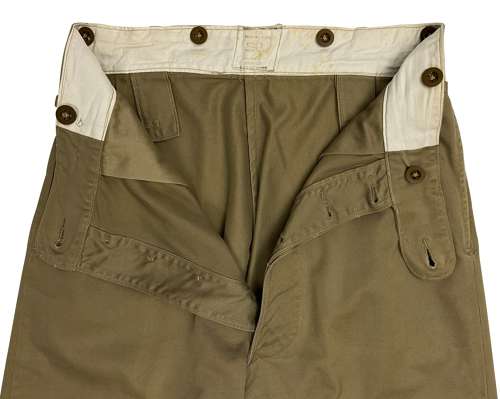 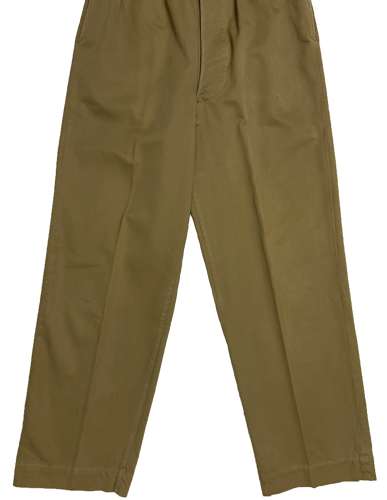 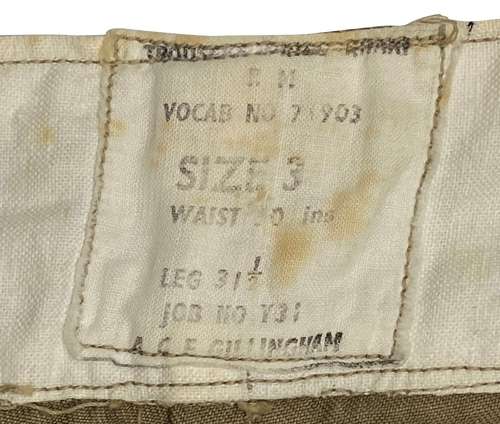 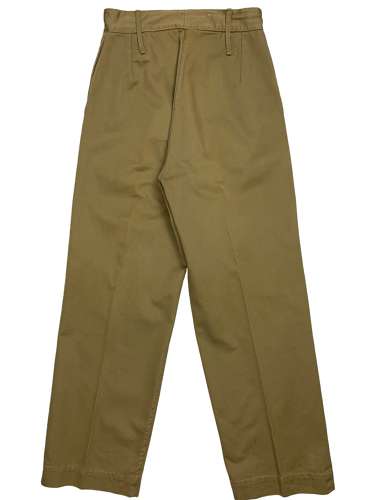 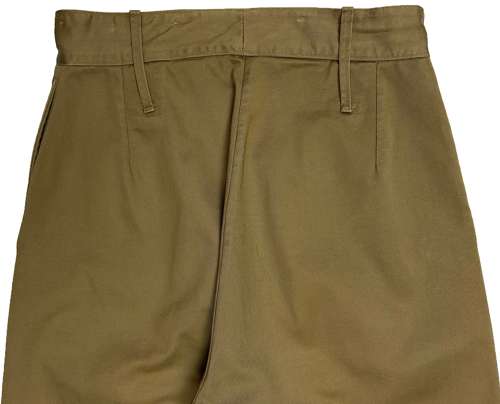 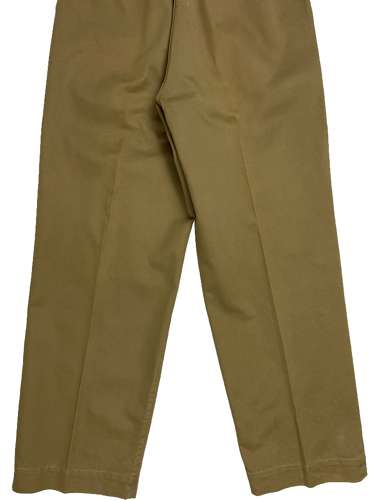 An original pair of 1950s British Khaki Drill Trousers as worn by those serving in the RAF, British Army and Royal Navy amongst other units.

Whilst many Khaki Drill items are theatre made, these trousers appear to be British made. They are made from a tan coloured cotton drill and feature green plastic buttons as often found on British made items dating from 1944 and 1945. Buttons for braces are fitted around the inside edge of the waist and large belt loops are also present which would support a wide belt, such as a 1937 pattern webbing belt. Slash pockets are located at the hips and there are no rear pockets.

The trousers are in good condition with only limited signs of wear and use.  They may have  other small issues commensurate with their vintage but overall they are very clean indeed.

A nice pair of original 1950s trousers in wearable condition. These would make a great addition to a collection or could suit a re-enactor.