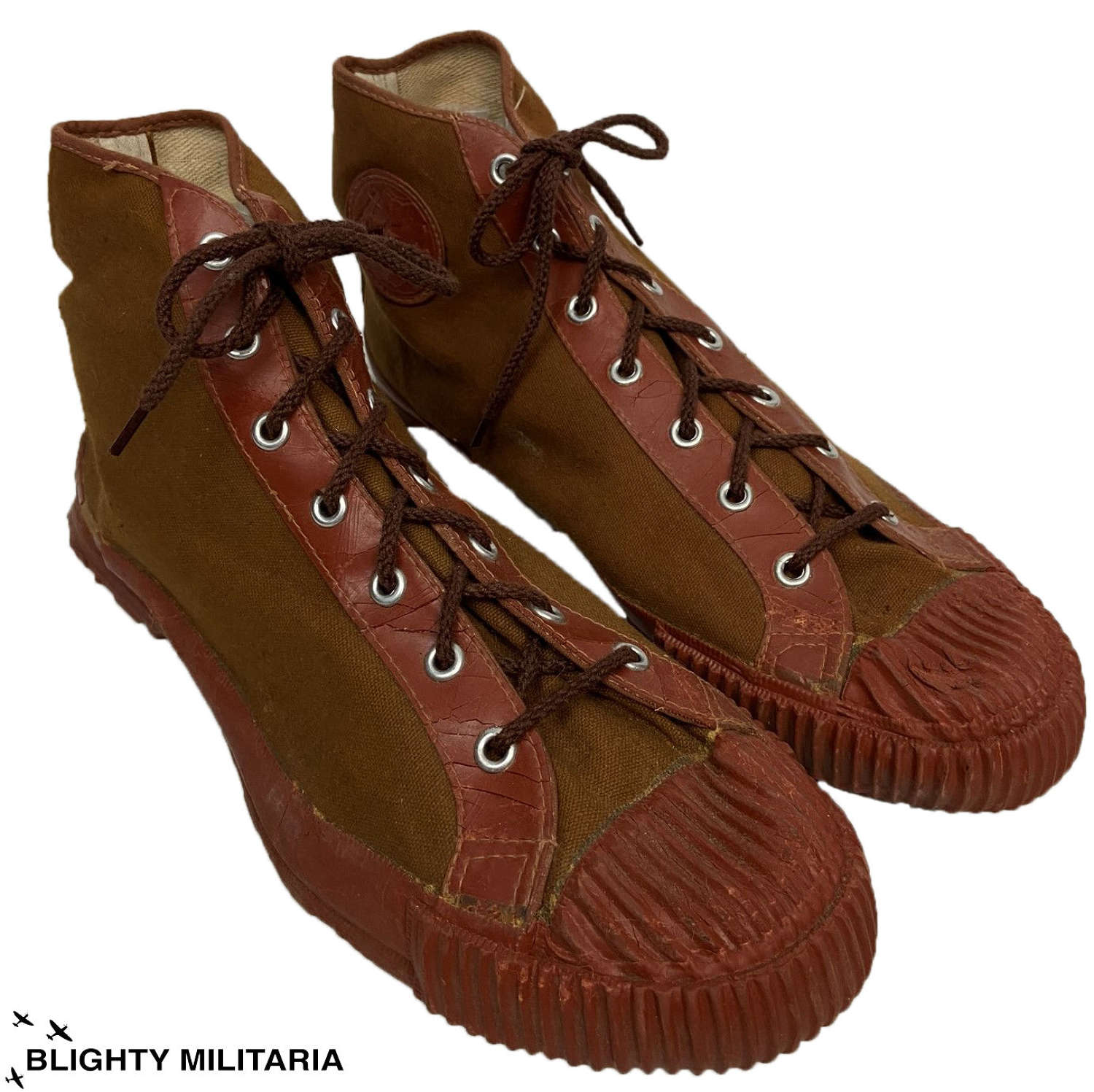 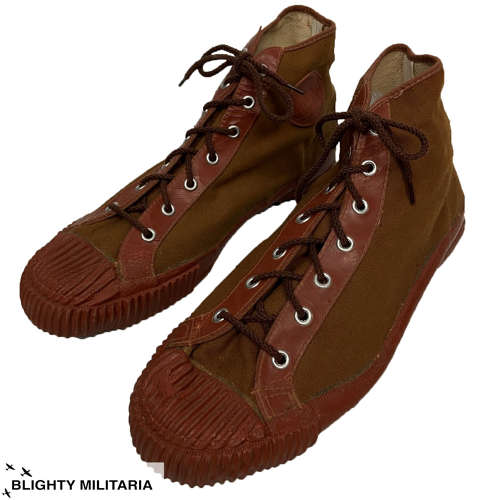 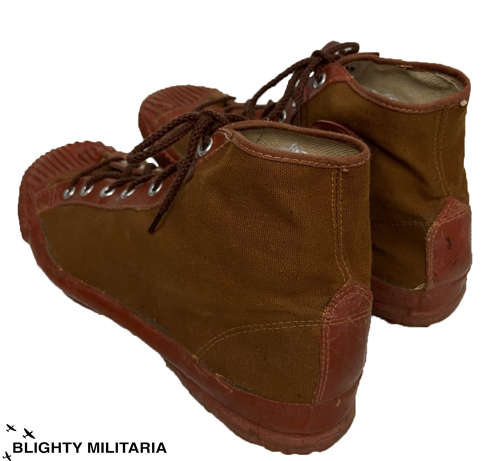 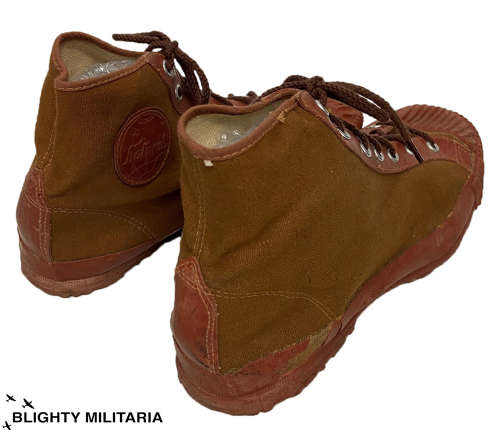 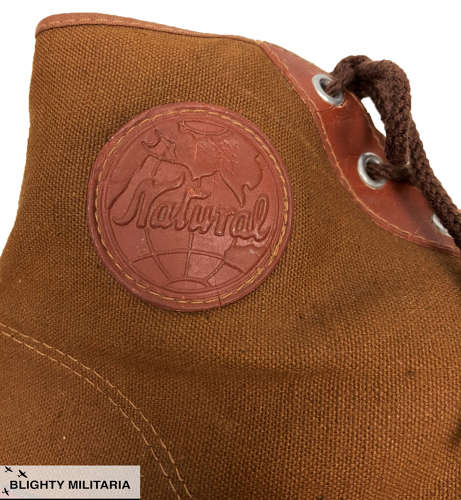 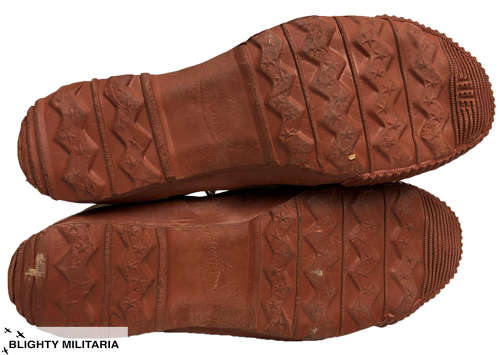 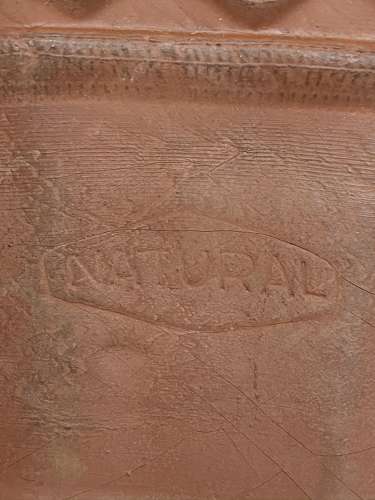 A scarce pair of original 1950s British Army Jungle Boots as used in the Malayan emergency.

These rare boots are very similar in design to early trainers such as those made by 'Converse'. They feature a salmon coloured moulded rubber soles and toe cap with brown coloured cotton drill canvas uppers. Rubber discs are fitted to the inside or each ankle with the word 'Natural' across the middle. The same word is also marked on each sole.

The rubber sections of the boots have hardened with some areas missing and some being brittle. Due to this they are sold strictly as a display piece.

A rare pair of original boots which would make a great addition to a 1950s Jungle Warfare collection!