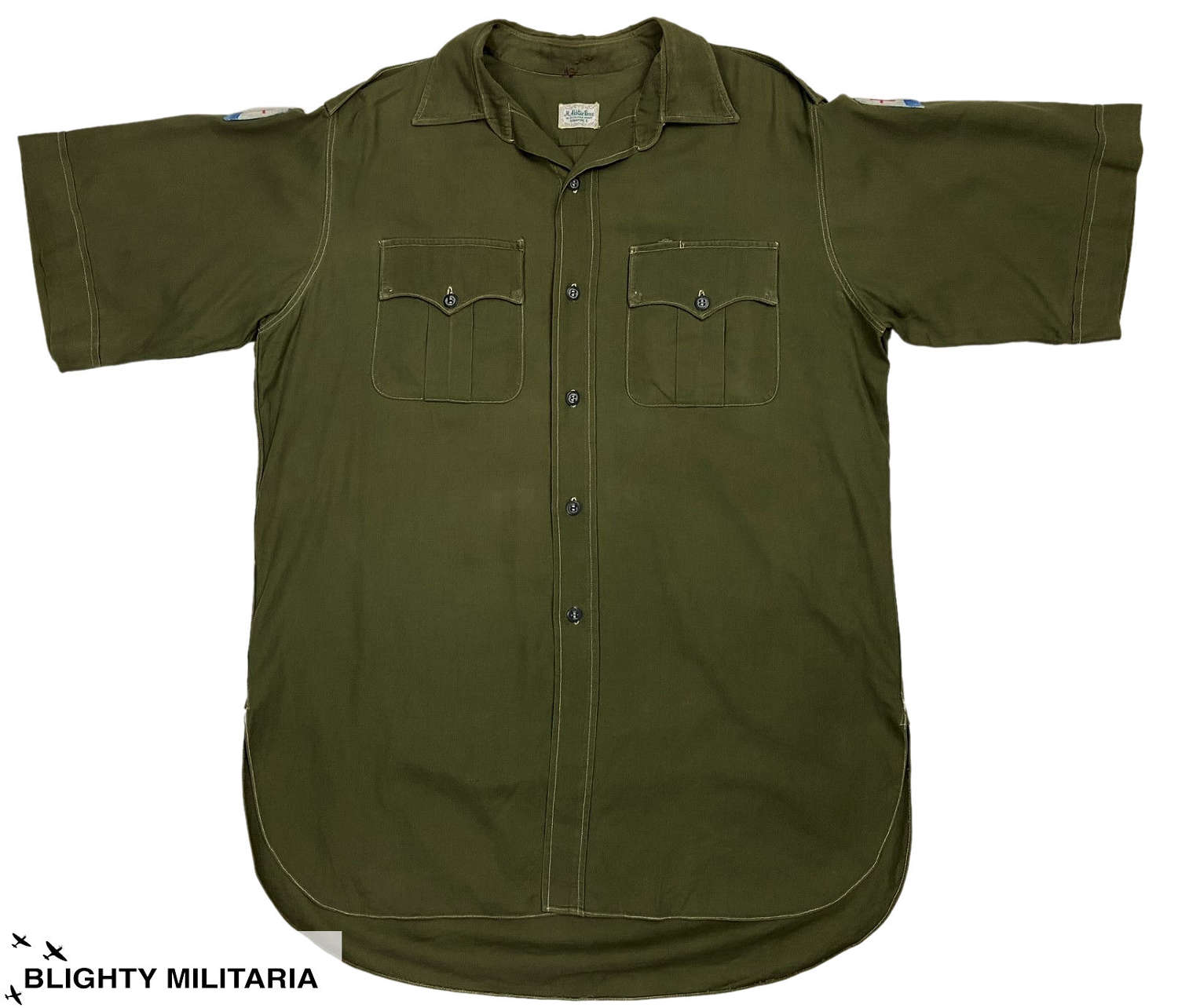 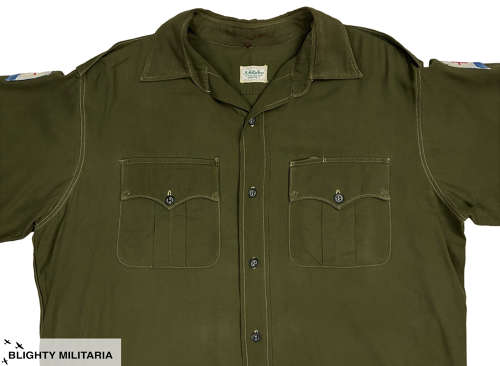 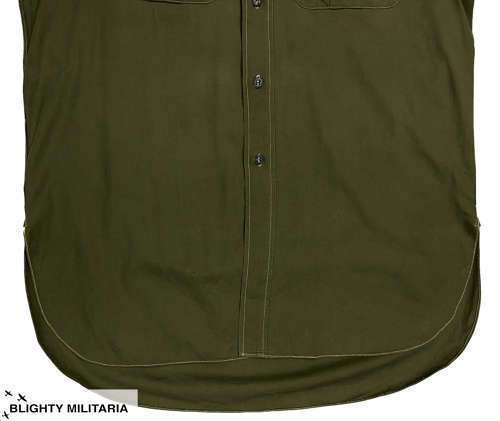 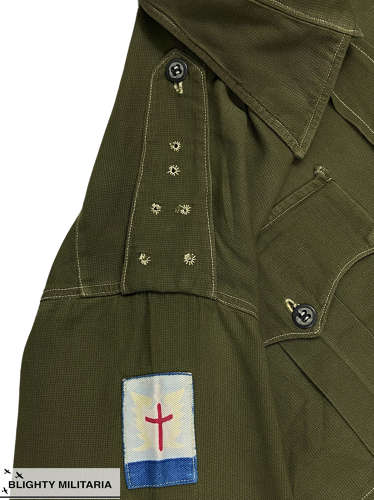 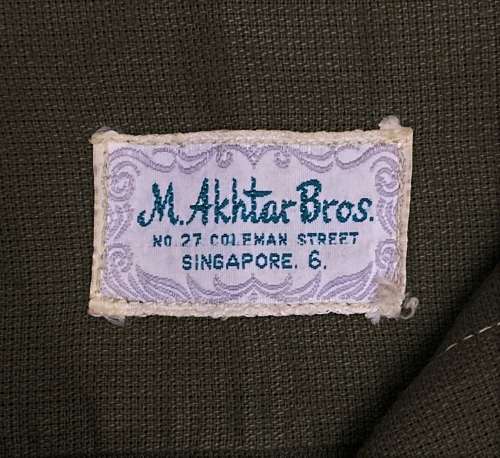 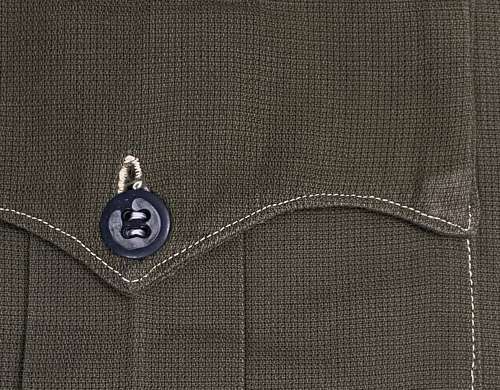 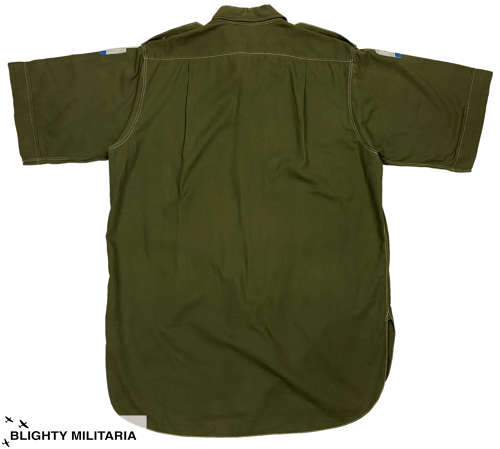 This shirt is typical of those worn in the Far East during the 1940s and 1950s. It is made from a green dyed cellular cotton which is often referred to as 'Aertex' and features grey - green coloured plastic buttons. To the chest are pleated pockets which feature scalloped pocket flaps whilst the epaulettes feature hand stitched holes. The lower holes would have originally had a regimental title fitted whilst the upper two sets would have been for rank.

Inside the shirt the original maker's label is still present and bears the name of 'M. Akhtar Bros' of Singapore.

The shirt is a medium size which should fit around a 40" chest well. When laid flat it measures -

The shirt is in good condition with signs of use and age. Overall it appears to be very sound and wearable but please study the pictures before purchasing and bear in mind that this is a vintage, pre-worn item.

A nice original 1950s aertex shirt in good condition and with some nice details.