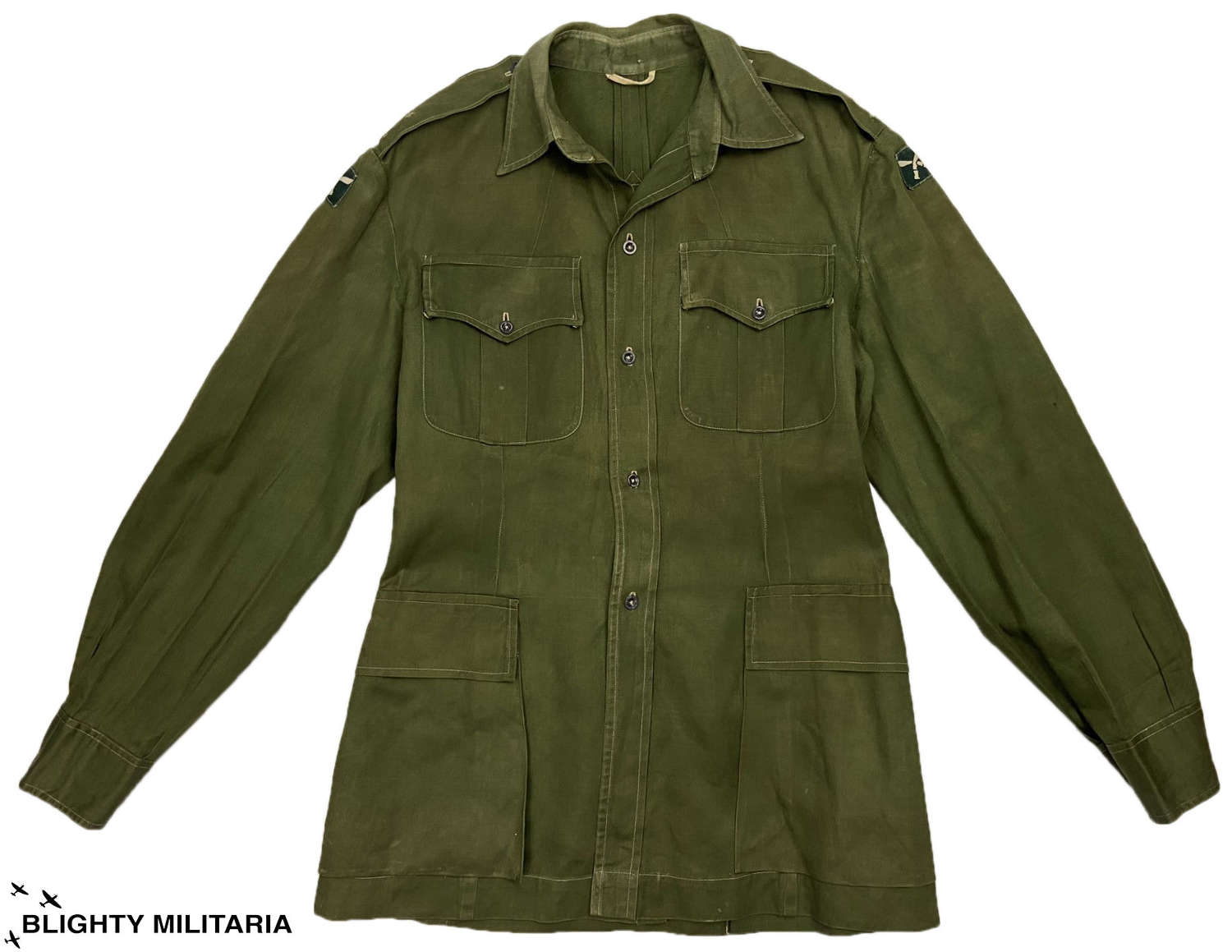 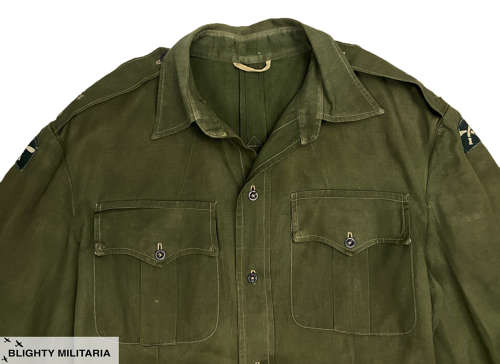 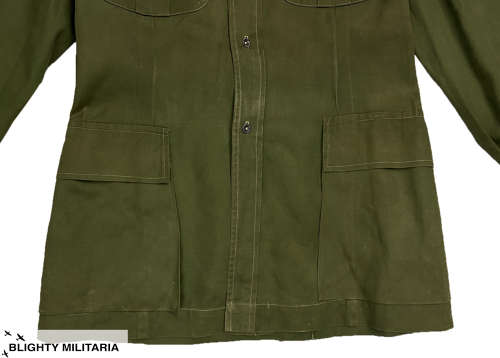 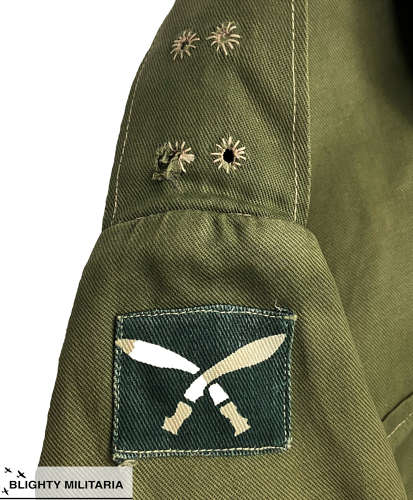 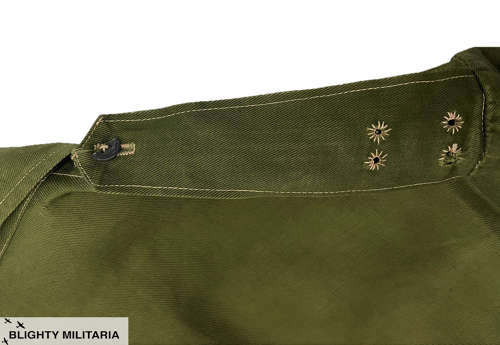 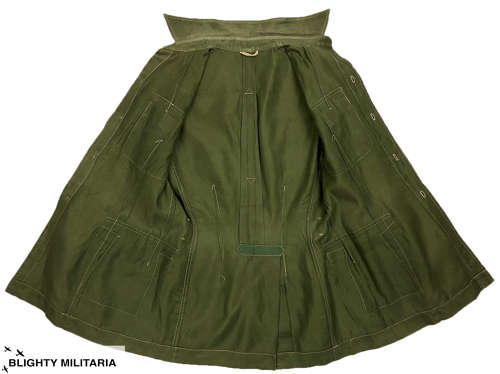 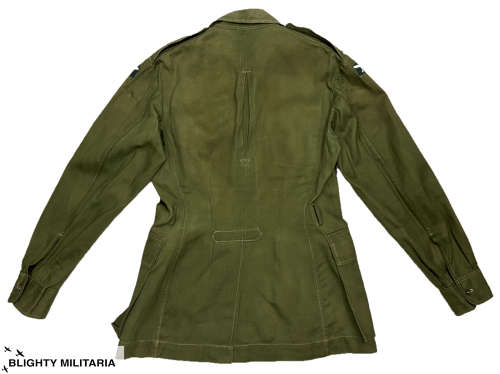 This jacket is typical of those worn in the 1940s and 1950s by British soldiers serving in the Far East. It is made from cotton drill and features pleated breast pockets with pointed flaps, lower flapped bellows pockets, long sleeves with barrel cuffs and epaulettes. The epaulettes feature four stitched holes each which would suggest that the original owner was a Lieutenant or Lieutenant Colonel. To the top of each sleeve is a 63rd Gurkha Brigade formation flash which features crossed Kukris on a green field.