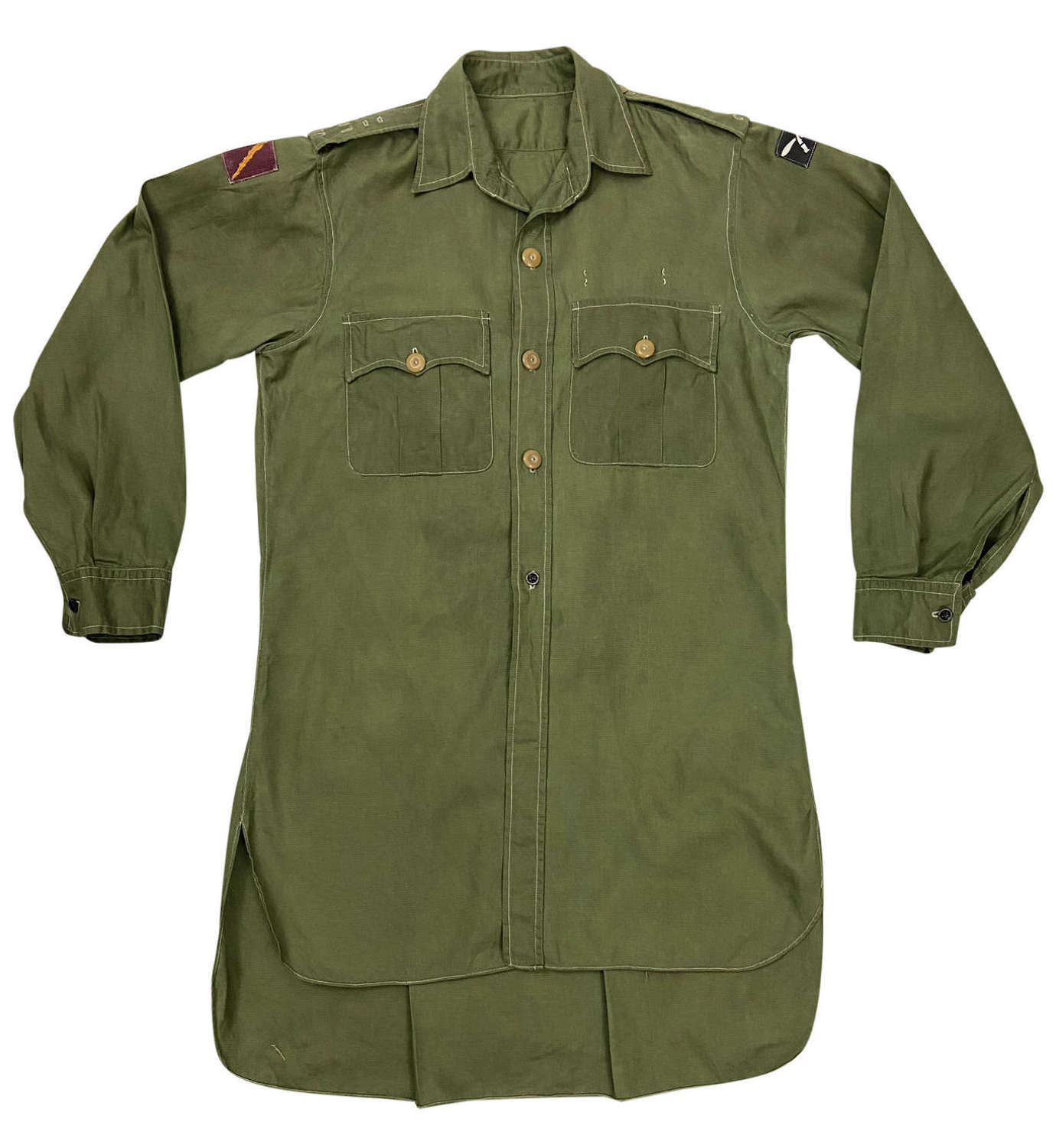 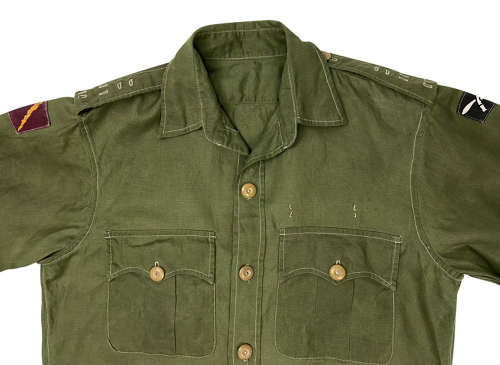 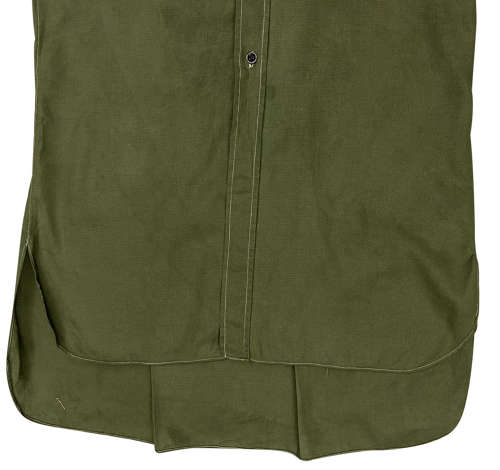 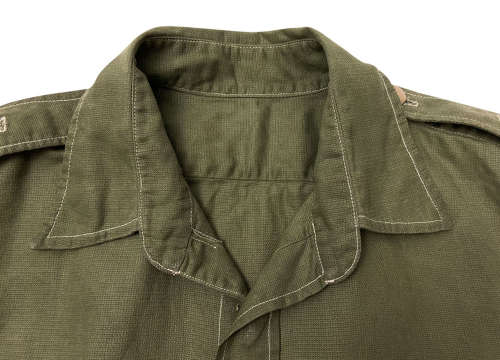 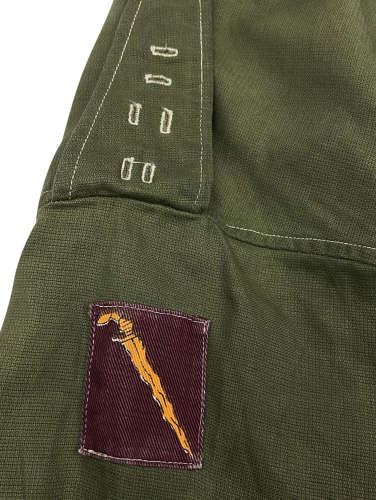 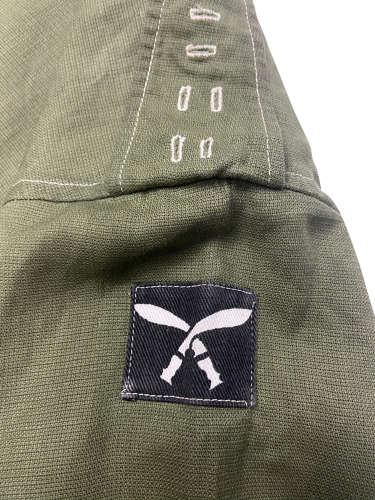 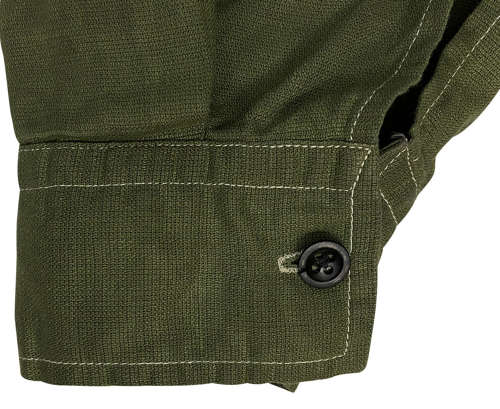 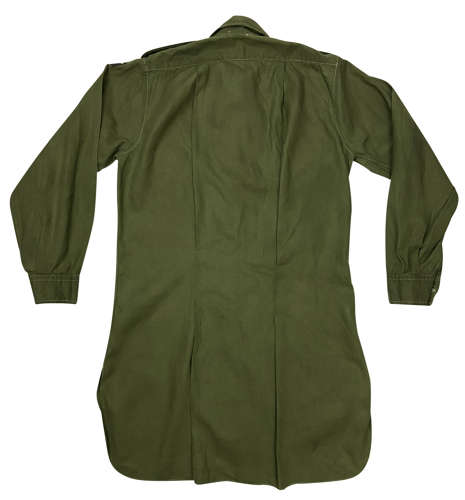 A stunning original Jungle Green shirt which belonged to an Officer serving with 17th Gurkha Division, Overseas Commonwealth Land Forces (Malaya) around the time of the Malayan Emergency.

This unit was formed in 1952 as part of the Army response to the Malayan Emergency at Maxwell Road camp in Malaya. Headquarters 17th Gurkha Division was the operational headquarters for all British and Gurkha units in Malaya including  26th, 48th, 63rd and 99th Gurkha Brigades.

The shirt is made from cellular cotton, often referred to as 'Aertex' which is a lightweight, breathable fabric which is ideally suited for wear in hot climates. It features a fully buttoning front and two pleated patch pockets to the chest. The front pockets and epaulettes all fasten with butterscotch coloured revolving shank buttons as were often found on workwear and military items during this period. There are two loops above the left breast pocket which would have previously supported medal ribbons.

The sleeves retain their original insignia, both of which are printed examples. On the right sleeve is the Overseas Commonwealth Land Forces (Malaya) patch in maroon whilst the left sleeve bears the 17th Gurkha Division flash. The epaulettes have stitched holes which would have had a regimental titles and officers rank affixed to it originally. The layout of these would suggest the original owner was of a high rank.

The shirt is in good condition with only limited signs of wear and use. It may have small issues consummate with age and wear but overall it displays very well indeed.

A nice original shirt with its original insignia which would be ideal for someone collecting items from the Malayan Emergency period.