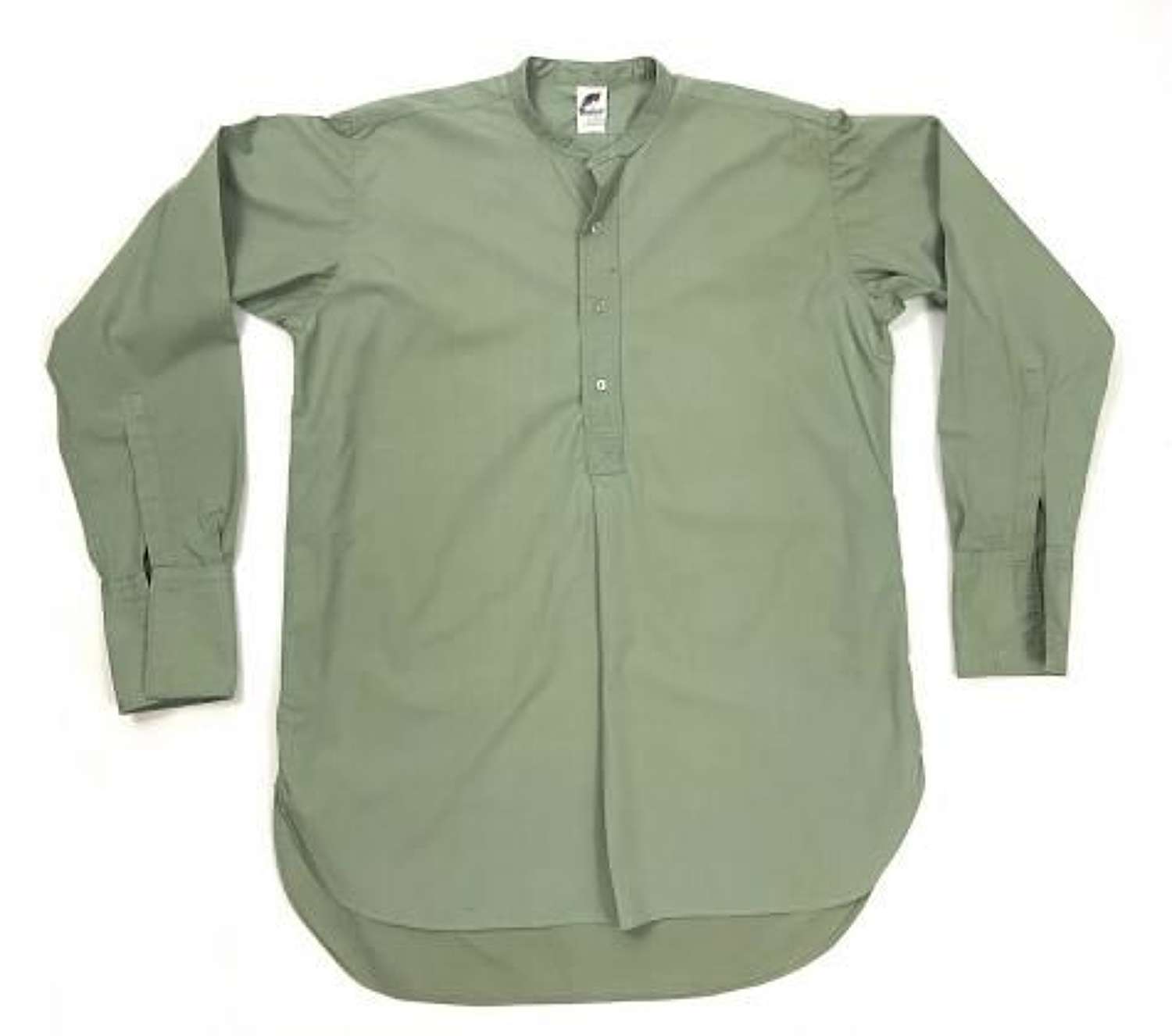 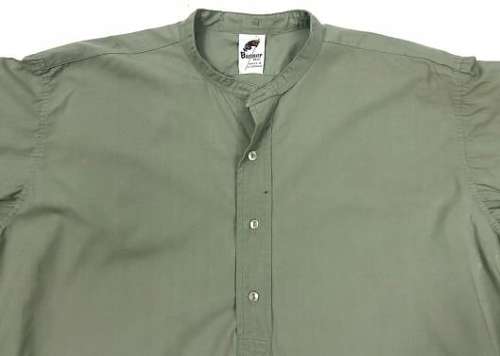 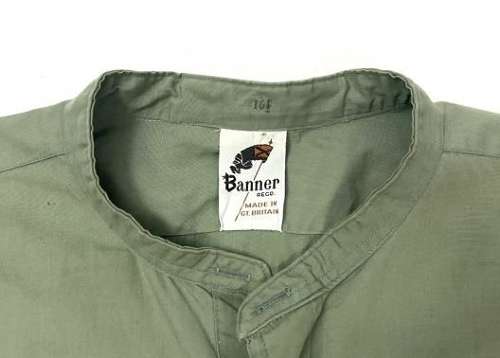 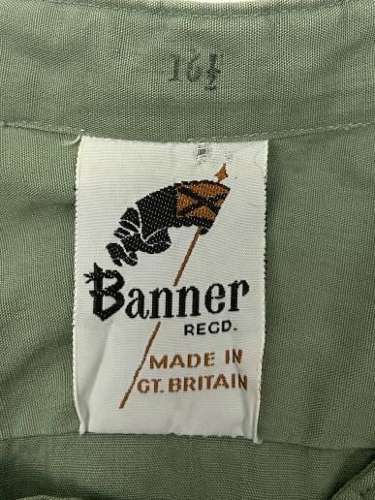 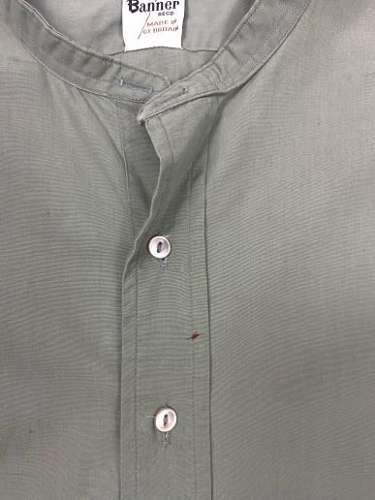 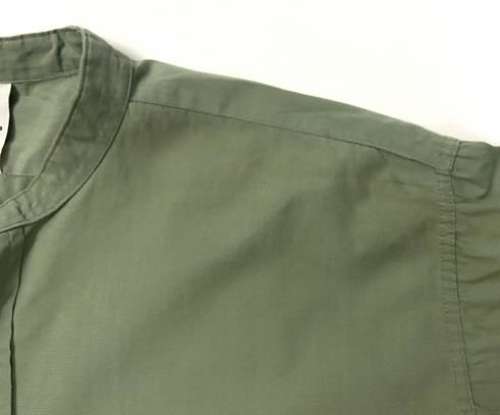 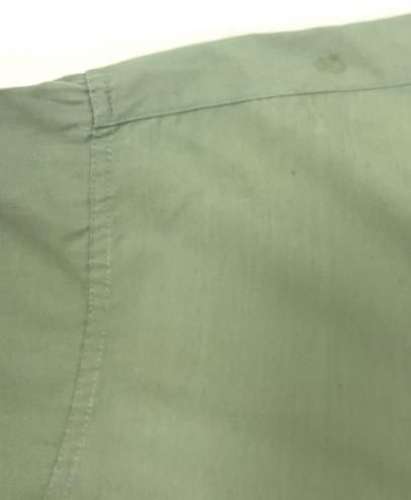 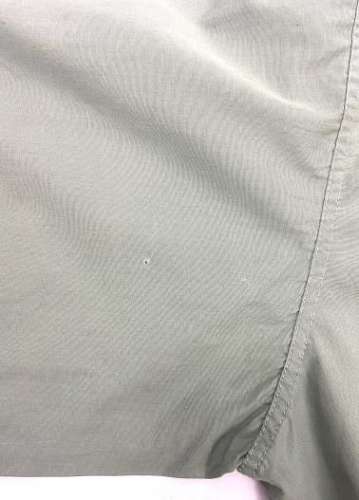 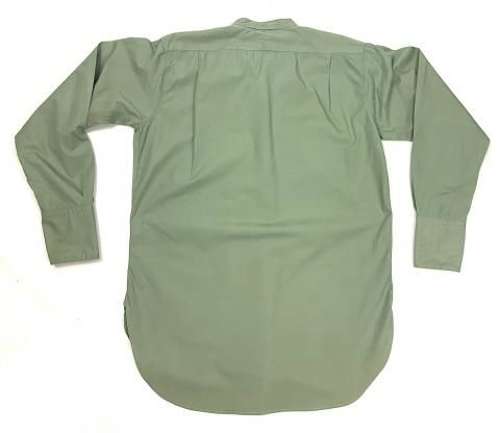 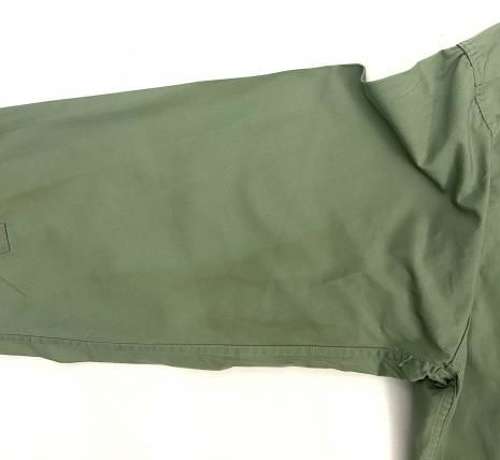 An original British Army Officers green poplin shirt made by 'Banner' in the 1950s.

This shirt is typical of those made in the 1940s and 1950s for officers in the British Army. It is made from a light green poplin cotton and features a neckband collar which would be worn with a matching detachable collar and double cuffs which would be worn with cufflinks. The shirt is a half front or 'tunic front' design as was popular before the Second World War before slowing being replaced by full front shirts in the post-war years. Due to its design this would be ideal for a WW2 display or re-enactor.

Inside the shirt the original label is present and is typical of shirts from the post-war period. The manufacturers name of 'Banner Regd' is present as are the words 'Made in GT. Britain'. Above the label the collar size is stamped to the collar band and reads '16 1/2".

The shirt is a larger size but it is important to remember that tunic front shirts are cut very generously in the chest and shoulders as they have to be pulled on over the head. Also the arm measurements are taken with the double cuff folded out to will come up shorter than stated. When laid flat it measures -

The shirt is in very good condition and does not appear to have seen much wear. It displays very well but does have some light staining and a pin prick hole to the right sleeve. All the flaws are included in the attached pictures so please take time to study them.

A nice original mid century shirt which could easily pass as early then 1950s.