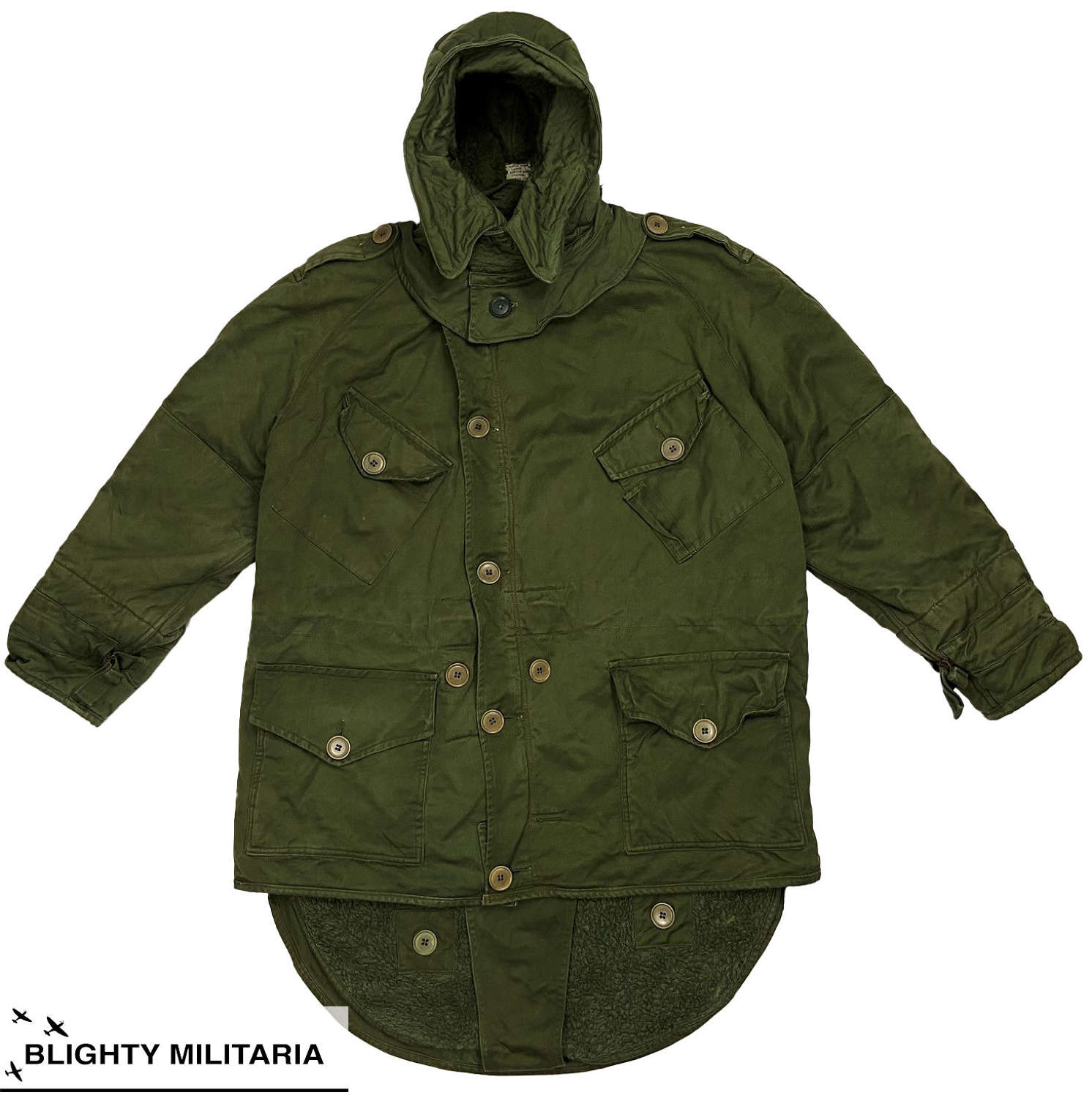 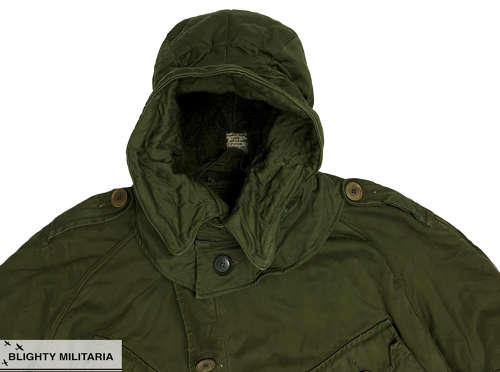 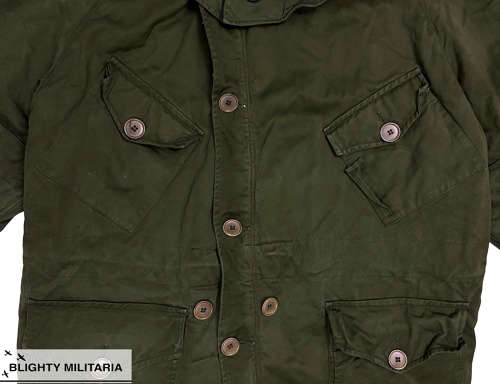 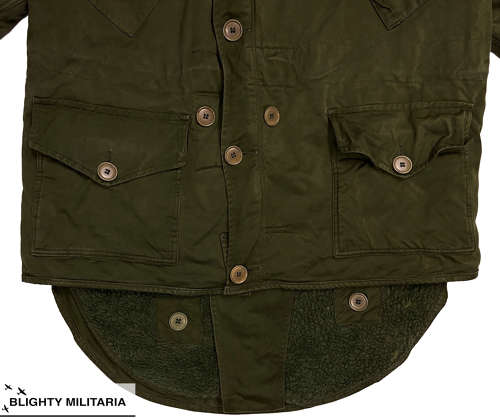 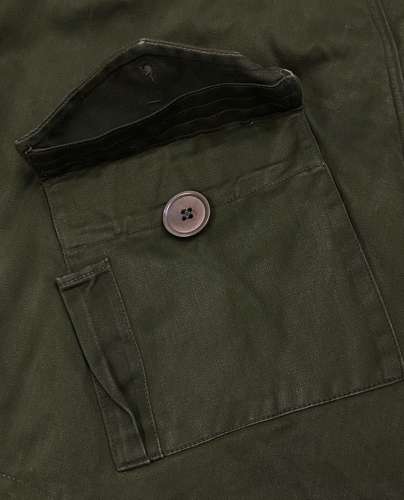 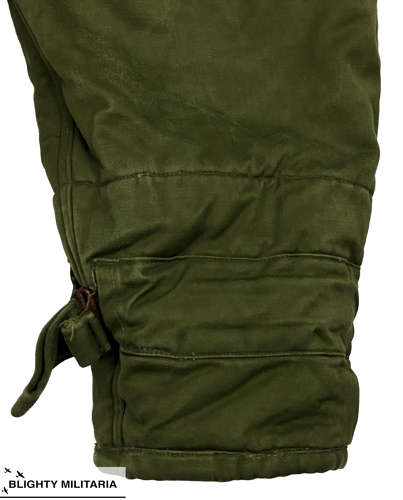 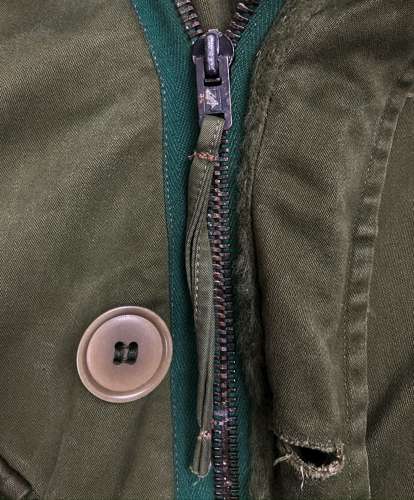 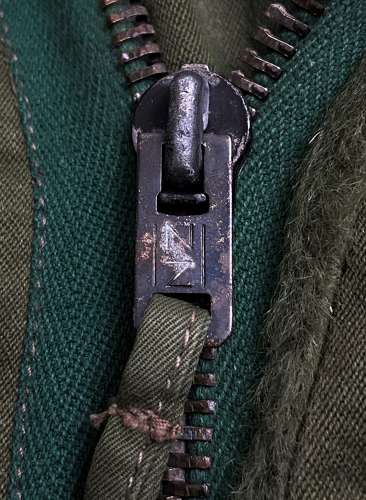 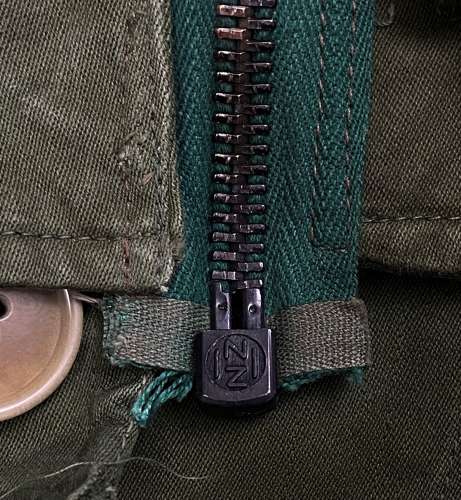 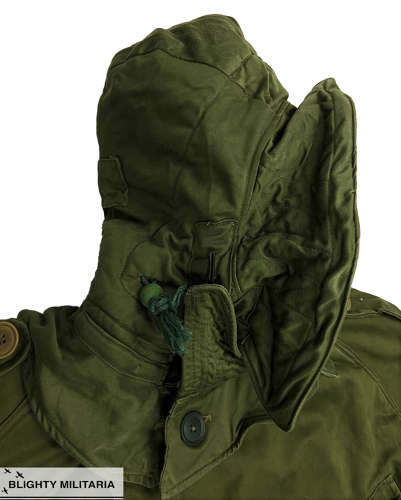 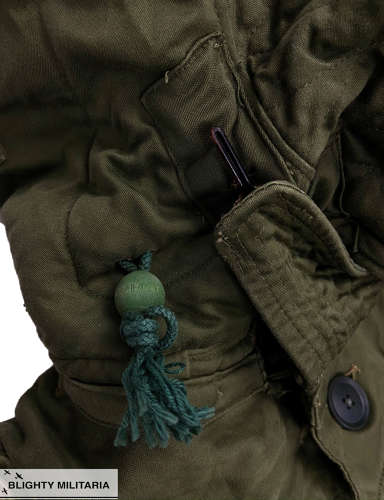 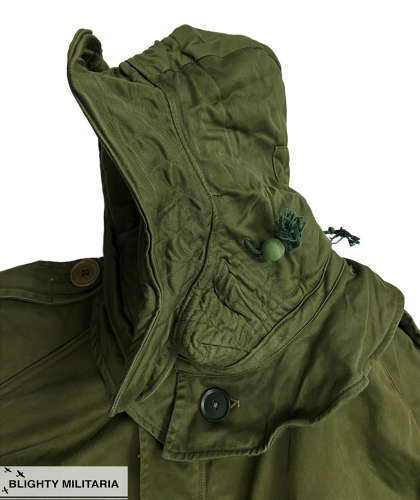 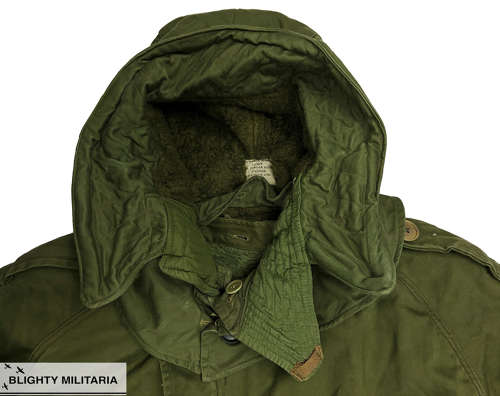 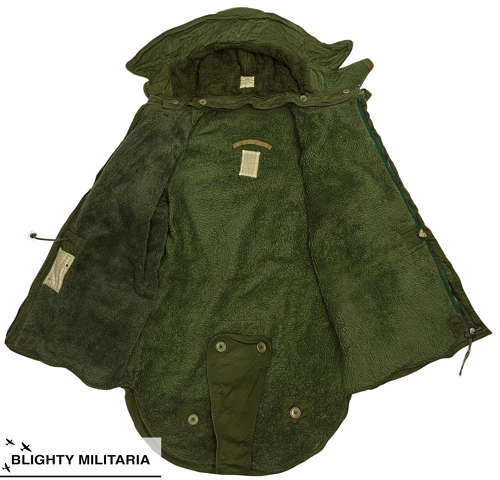 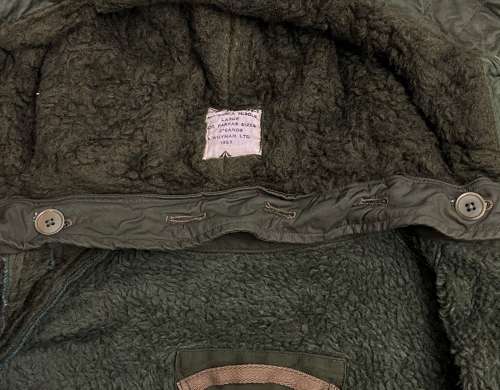 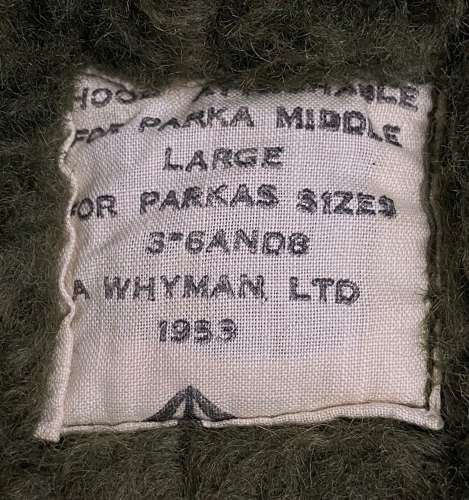 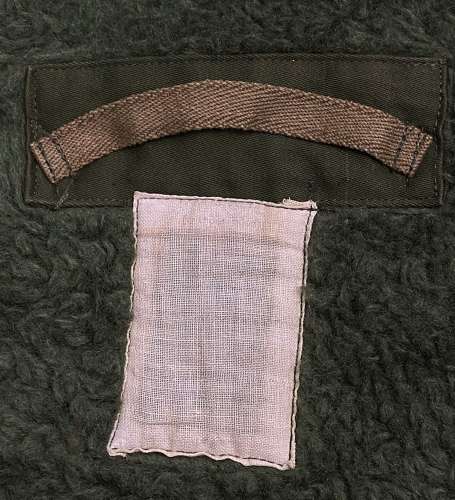 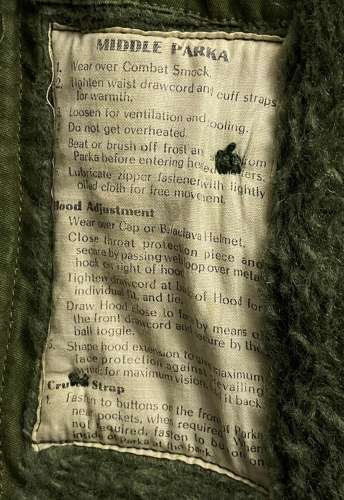 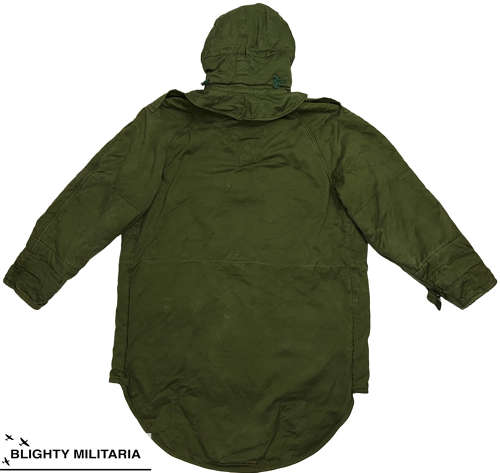 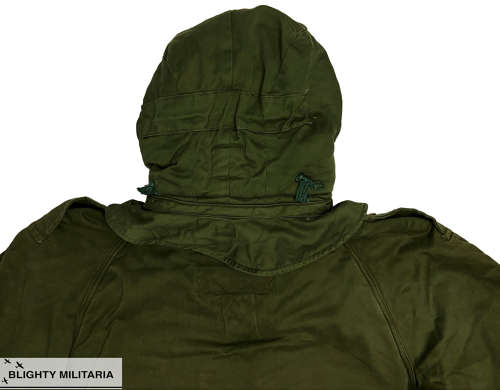 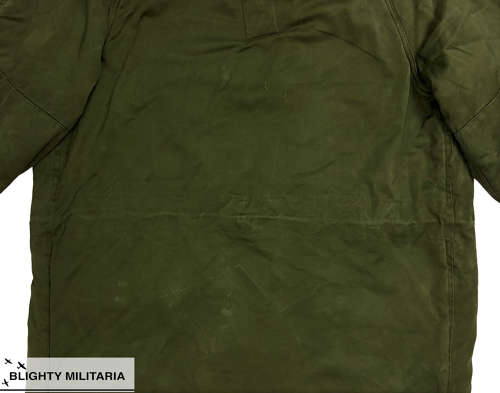 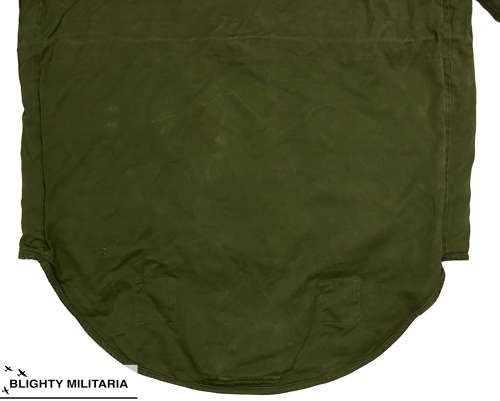 An original British Army Middle Parka dating from the 1950s and complete with its original hood and in a large size.

Officially designated 'Parkas, Middle (Without Hood), this pattern of parka takes some of its influence from the American Army 'Fishtail' parkas used during the Korean War. The design is typical of British military wear of the 1950s featuring large light butterscotch coloured buttons and the same extended pockets which fold back on themselves under the flap which are also found on the Ventile Parka and Ventile Smock. The main body of the jacket is made of green cotton sateen and features a thick fur lining. An 'NZ' brand zipper is fitted to the front and is again typical of the period.

The drawstring located to the waist is still present inside the coat as is the fish tail which is fastened inside two buttons. Both the original labels are still present although the issue label has been washed out meaning none of the details are legible. The wear instruction is still present however and features a nice 1950s font.

The parka comes complete with its original hood which is in good condition. Again in common with the RAF 1951 pattern parka the hood features a wire inside the brim to help keep its shape. The drawstring is fitted with a wooden ball to each end to make it easier to handle when wearing gloves which is yet another feature in common with the ventile garments. Inside the hood the original label is still present and it bears the title 'Hood attachable for Parka Middle Large'. It is designed to fit sizes 3, 6 and 8 and based on the actual size of the coat it is safe to say it is a size 8. The maker's name of 'A Whyman Ltd' is present as is the 1953 date and the War Department broad arrow marking.

The coat is a large size which would have been labelled as an 8. When laid flat it measures -

The coat is in good condition as can be seen in the pictures. It displays well with only limited signs of wear and use. The only flaw I can find is a couple of buttons missing on the hood which attached it to the jacket at the rear. Other than that it appears to be in very good condition but please study the pictures before purchasing.

A very nice and complete example in a hard to find large size!