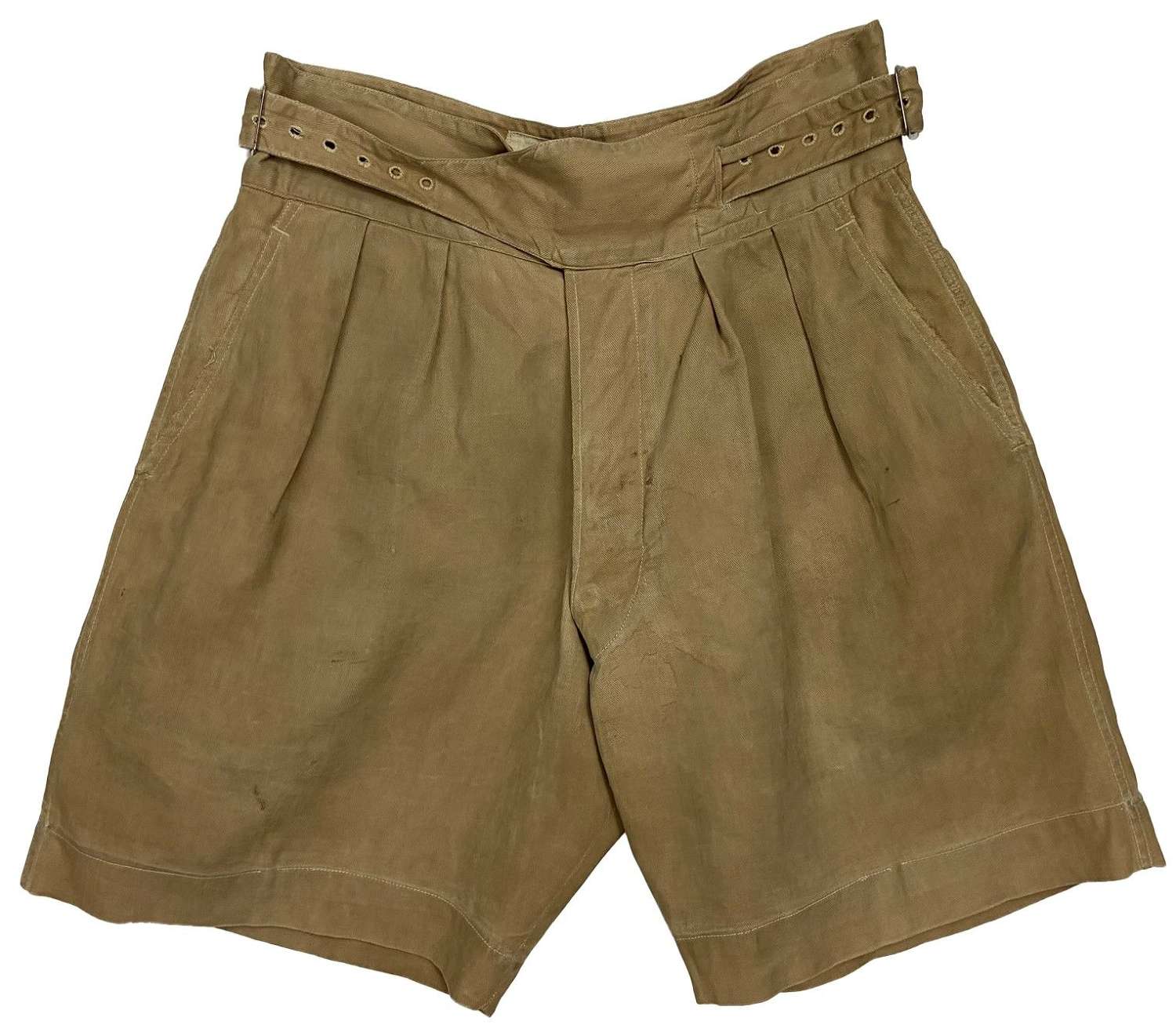 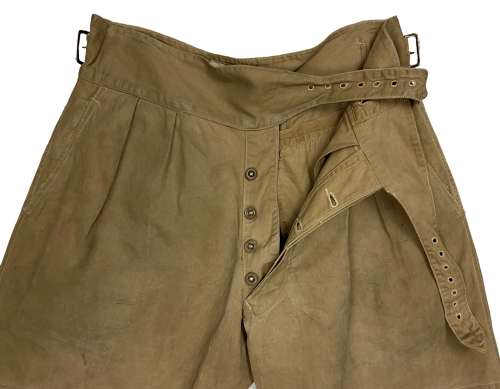 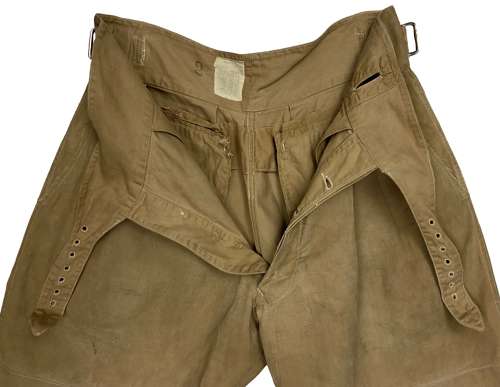 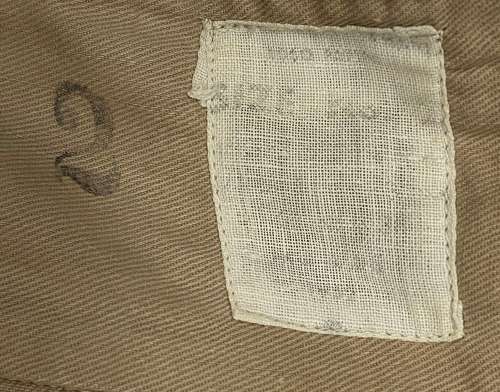 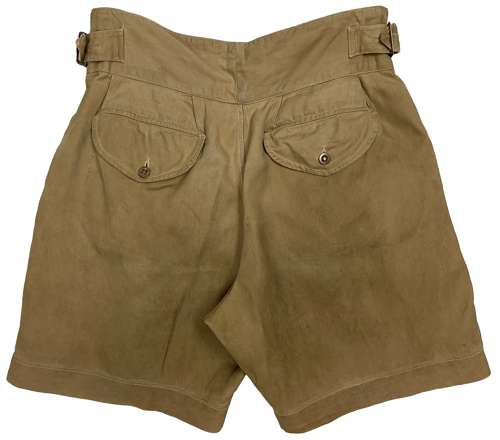 This pattern of shorts actually came into issue with British forces at the end of the Second World War but the official pattern came into issue a couple of years later. They saw service for a number of years with the British Army and RAF. This style with the cross belt fastening is now often referred to as 'Gurkha Shorts'.

Inside the shorts retain their original maker's label is still present but has been washed out. The shorts are 1950 pattern as they have two rear pockets - The earlier 1949 pattern have no rear pockets. Whilst the label is washed out the size of 2 can just be seen. This is confirmed by the ink stamp bearing the same number to the left of the label.

The shorts are in good condition as can be seen in the pictures. They have signs of age and use with some staining and wear in the usual places. Overall the shorts are very wearable but are a pre-worn pair of shorts that have small issues commensurate with age.

All in all a good, wearable pair of original 1950 pattern shorts which would make a great addition to any summer wardrobe.