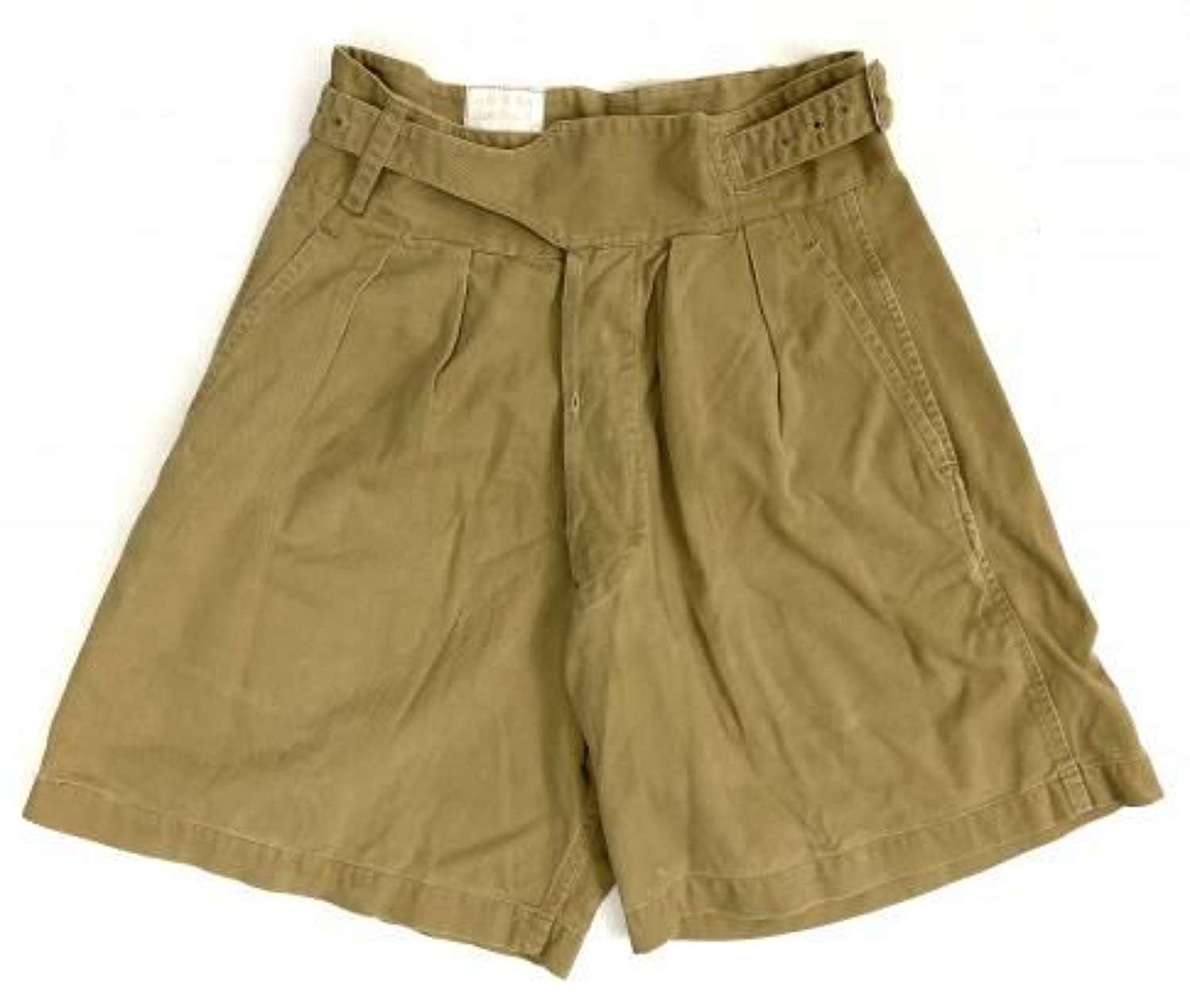 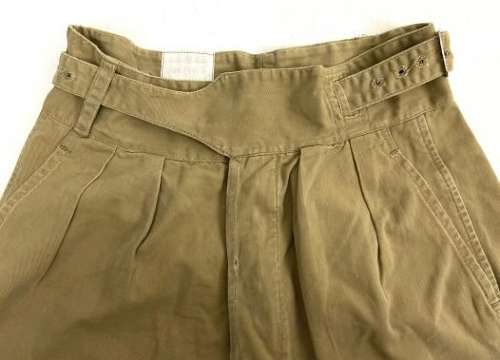 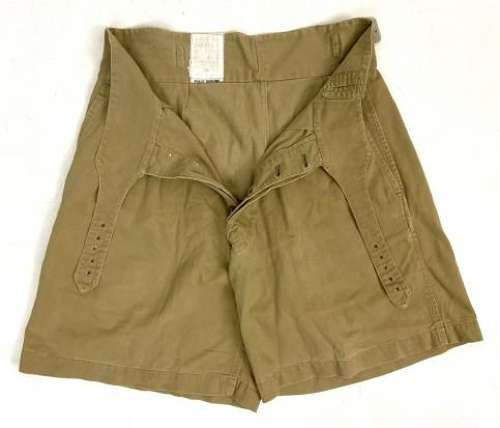 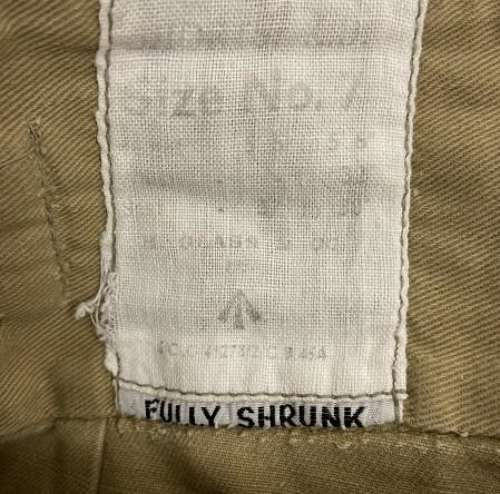 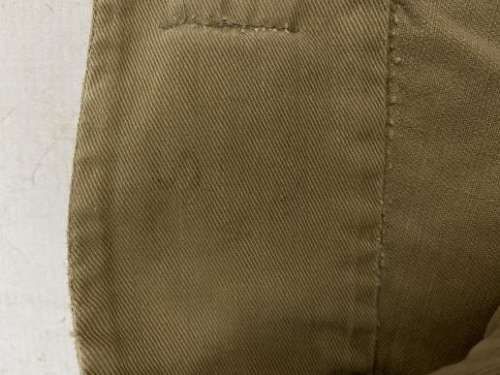 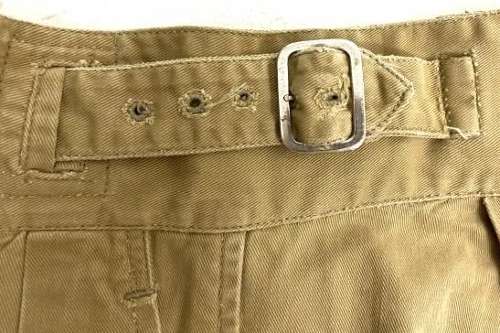 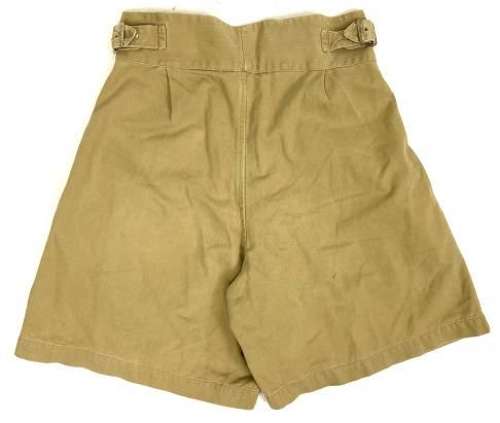 Inside the shorts retain their original makers label which is weak washed out. Some details are still visible however including the size which is marked as No.7. The War Department broad arrow marking is also present as is another smaller who reads 'Fully Shrunk'.

Due to the style of waistband the shorts are slightly adjustable. When fastened they measure -