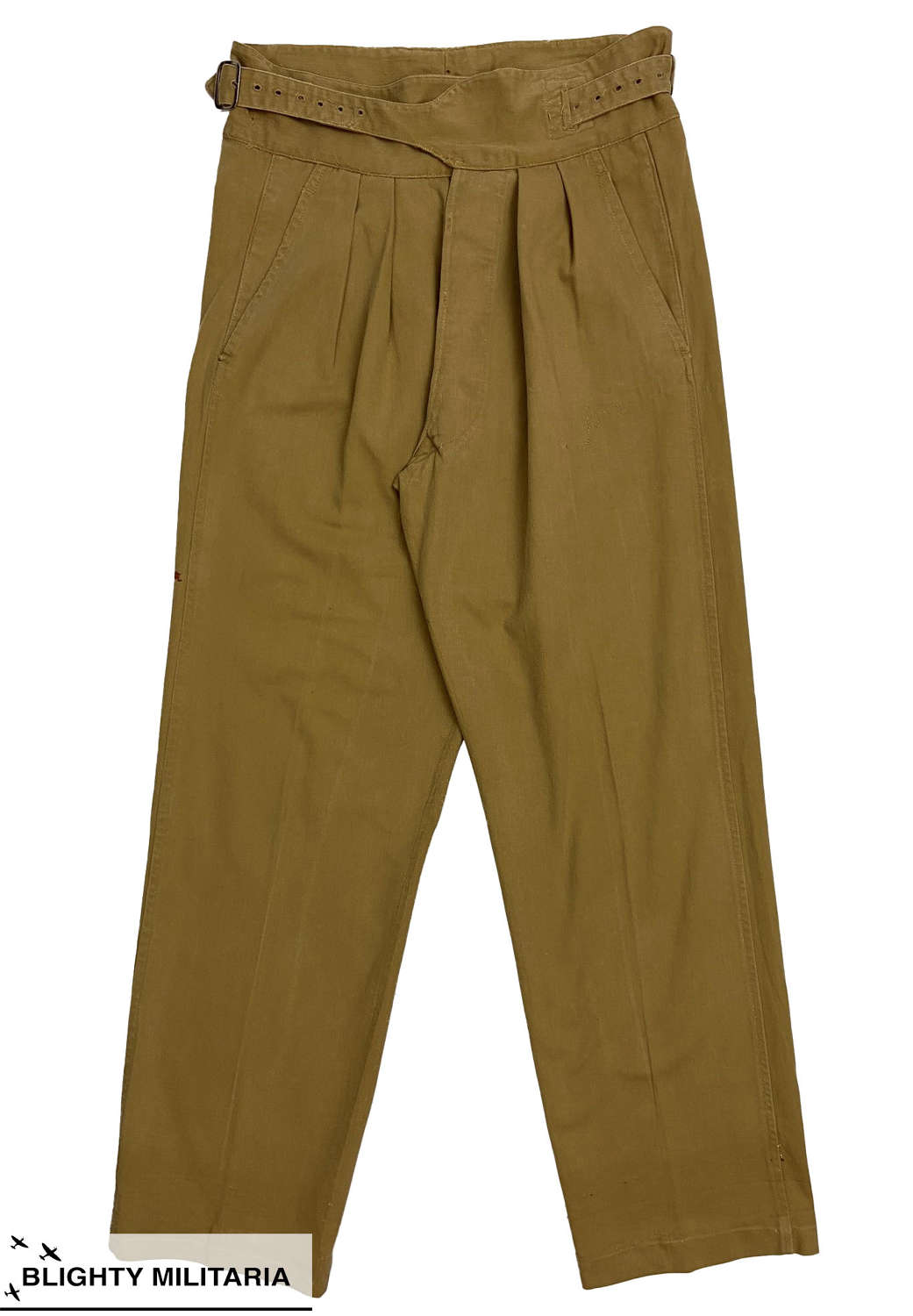 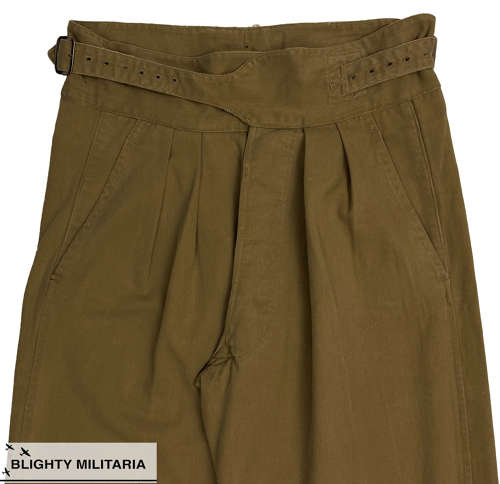 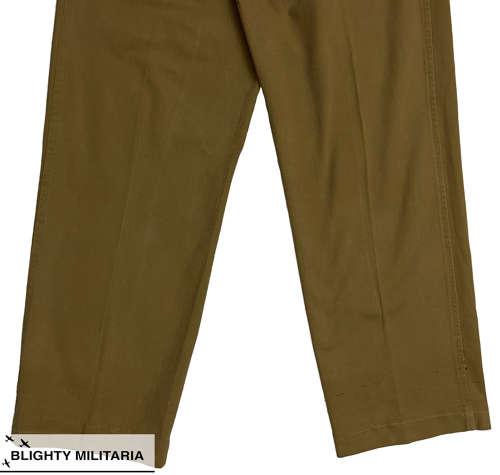 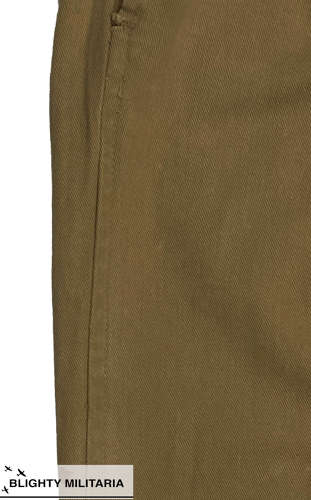 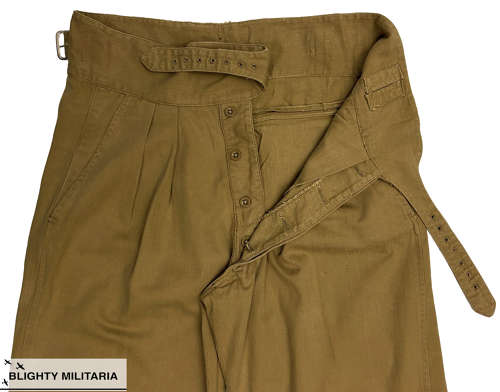 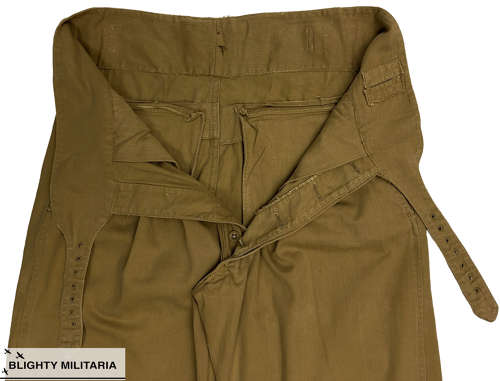 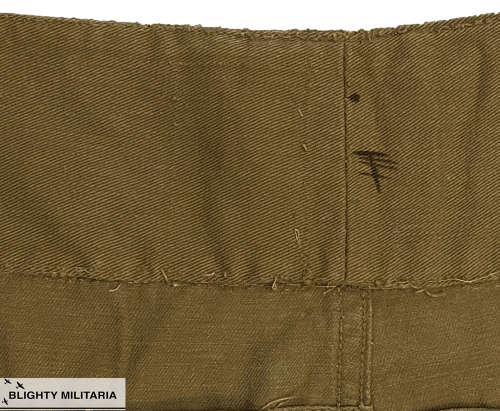 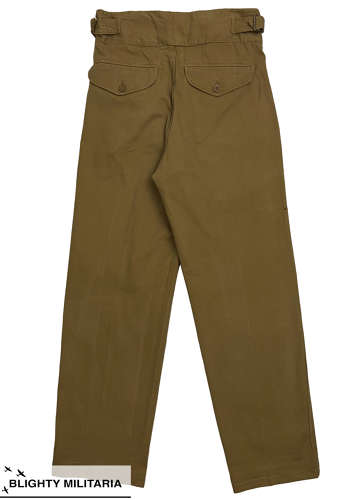 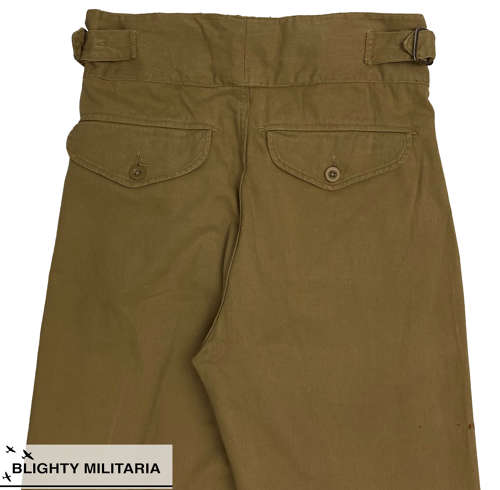 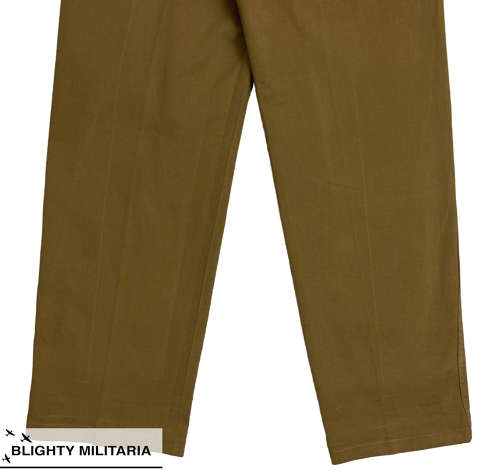 This pattern of trousers with the cross belt waist came into issue with British forces in 1944. It stayed in use well into the 1970s under different designations including '1950 pattern'. The waist belt was designed to be adjustable to account for the wear losing weight in hot climates. This style is now often referred to as 'Gurkha pants'.

The trousers are made from the standard khaki coloured cotton drill used for British KD items during the Second World War as well as in the following two decades. They are cut with a high rise waist and the fly fastens with beige coloured plastic buttons whilst the waist fastens with single prong buckles. The front of the trousers features twin pleats whilst to the rear of the trousers are two pockets which confirm these trousers as being 1950 pattern and not the earlier 1949 pattern. There is evidence of where the map pocket has been removed from the left leg - a common modification.

Inside the trousers there is evidence of where the original issue label was fitted although it has since been removed.

The trousers are in good condition with some signs of wear and use. They have some minor staining but overall the trousers are very wearable. Please study pictures and remember that these are a vintage, pre worn pair of trousers which may have small issues commensurate with age.

A nice original pair of trousers in a highly sought-after style.