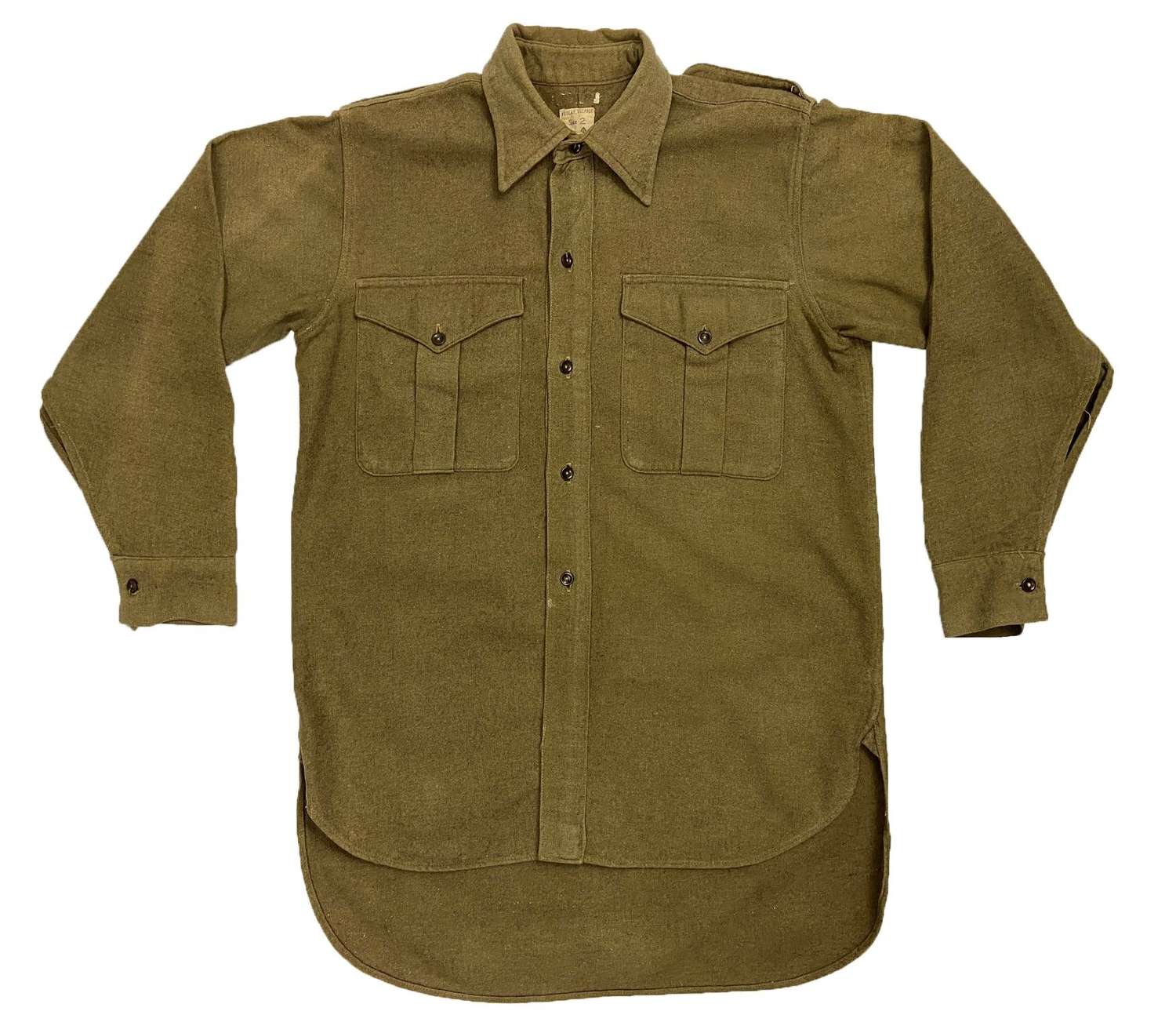 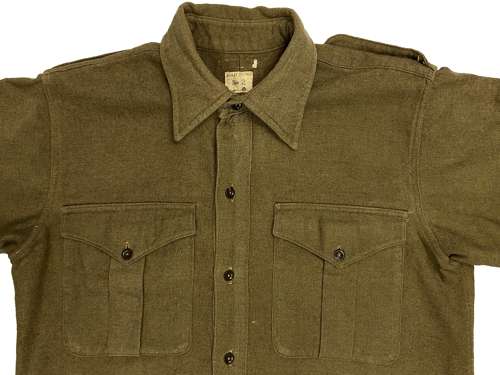 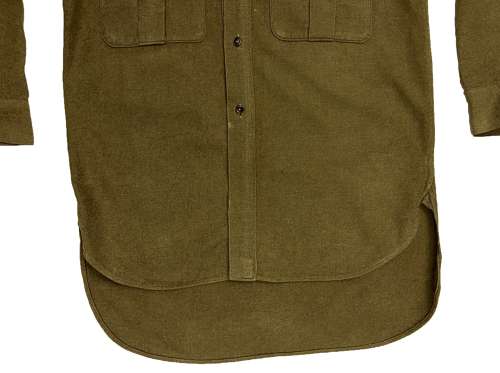 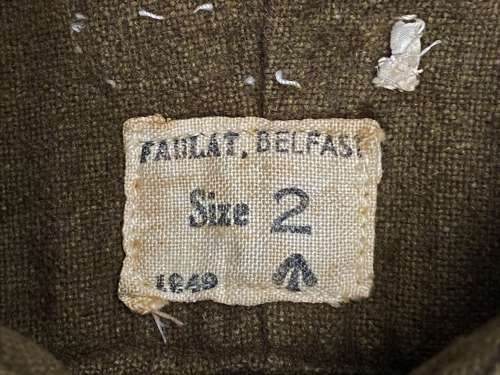 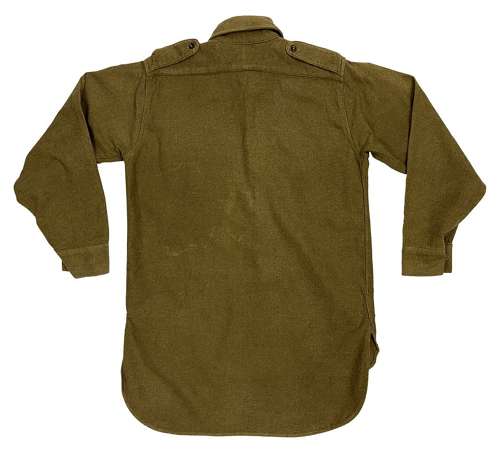 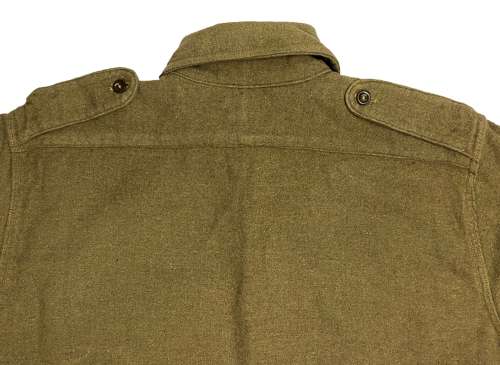 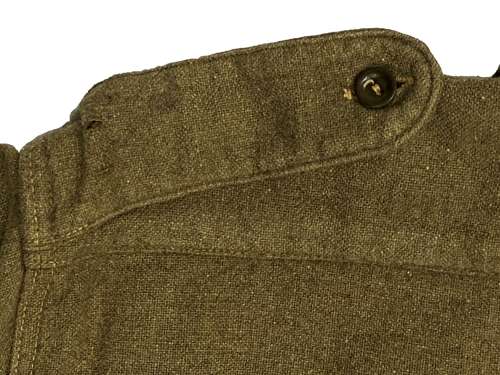 This is an uncommon pattern of shirt which is the predecessor to the much more common Khaki Flannel, or 'KF', shirt issued in the 1950s and 1960s. It differs from its successor in that it has a straight button front but does have the same pockets and epaulettes.

The shirt is made from a khaki green wool flannel and features a stand and fall collar and brown plastic buttons. The original label is still present to the interior of the and states the manufacturer as 'Faulat' of Beflast who were a prolific maker of shirts for the British Army during this period. The War Department broad arrow is present as is the size and the 1949 date. The epaulettes both have holes where brass regimental shoulder titles have been fitted at some stage.

The shirt is in good condition with some signs of wear and use. It is still very wearable but may have small issues commensurate with age. Please study the pictures before purchasing.

A nice original shirt which is an uncommon pattern to find.