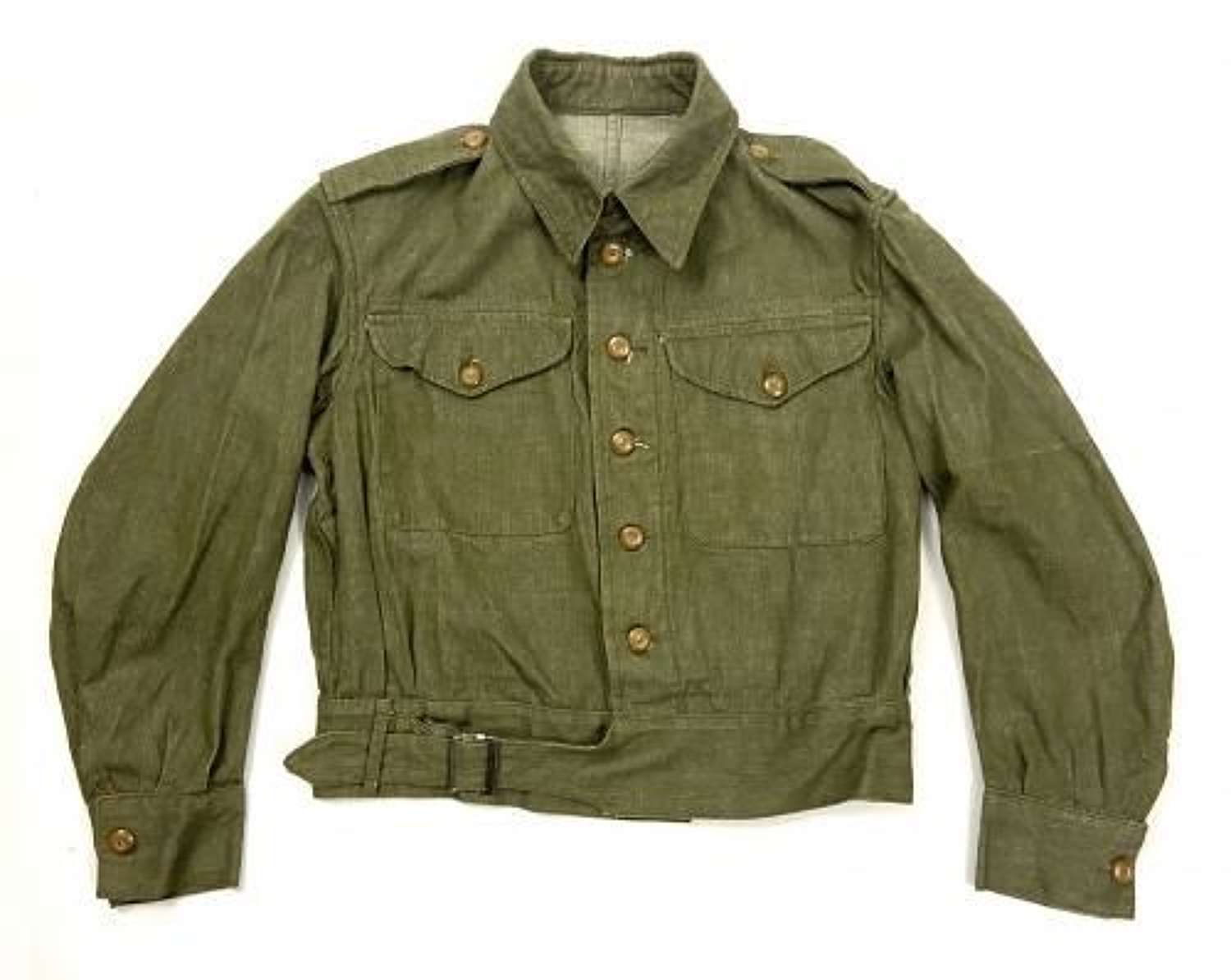 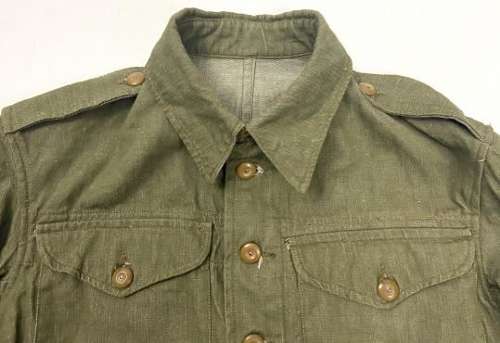 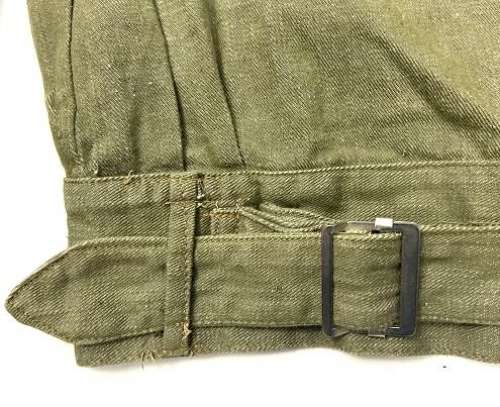 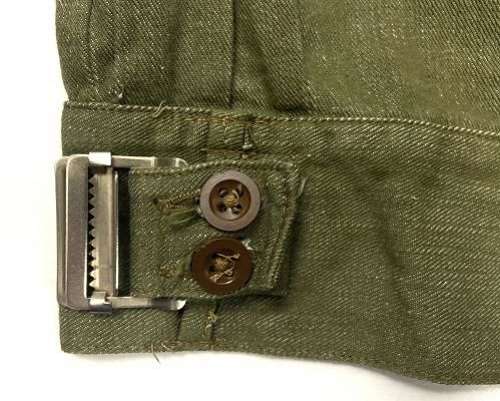 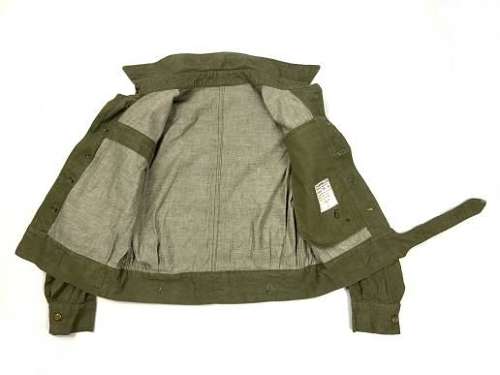 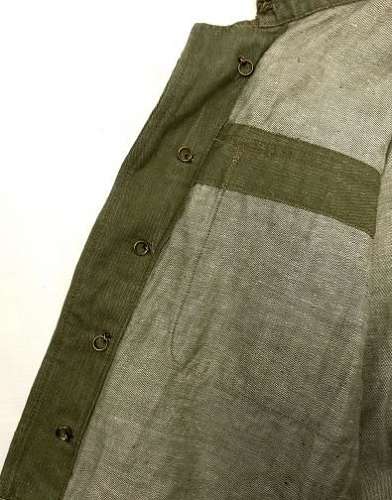 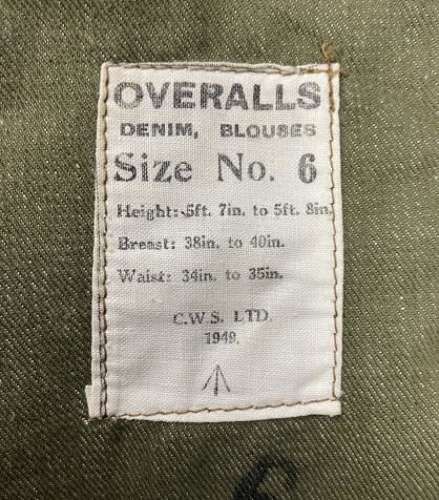 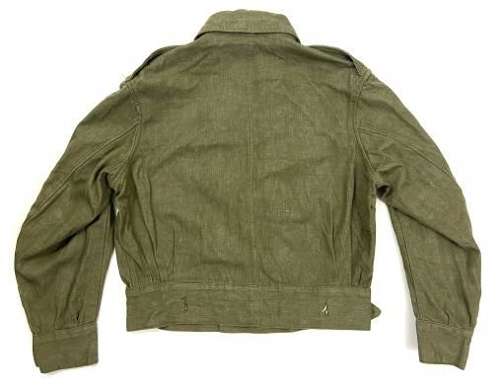 An original British Army Denim Battledress Blouse dated 1949 and in a size No.6.

The jacket features butterscotch coloured revolving shank buttons which are held on with period split rings to the reverse. The waist fastens with a chromium buckle which is held onto the jacket with chocolate brown buttons as often found on wartime battledress.

Inside the jacket the original label is still present and states the manufacturer as 'C.W.S Ltd', better known today in the UK as Co-op. The 1949 date is present as is the War Department broad arrow marking and various details relating to sizes. The jacket is designed to fit a 38-40" chest and a 34-35" waist.

The jacket is in very nice condition as can be seen in the pictures. It looks to have only had very limited wear and use with no major faults that I can find. Overall it is a very wearable jacket and displays very well.

A nice original late 1940s example of a Denim Blouse in great condition.