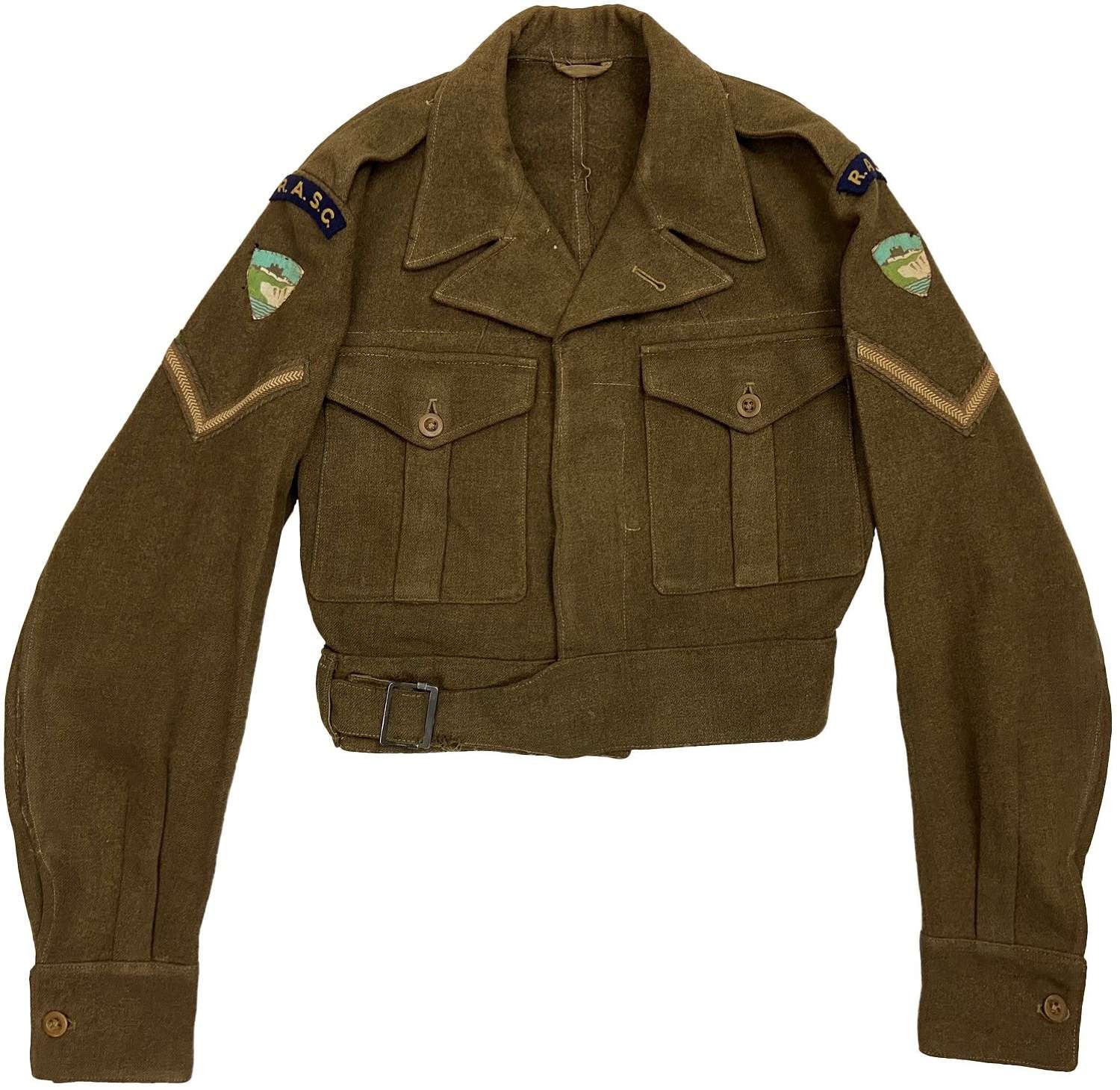 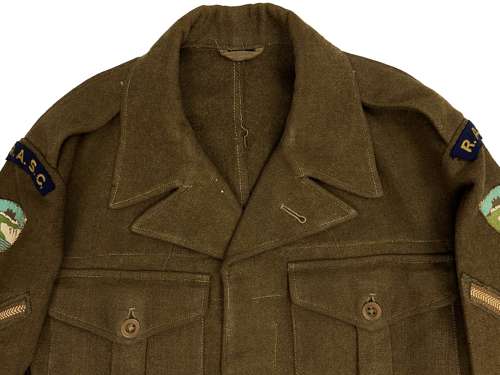 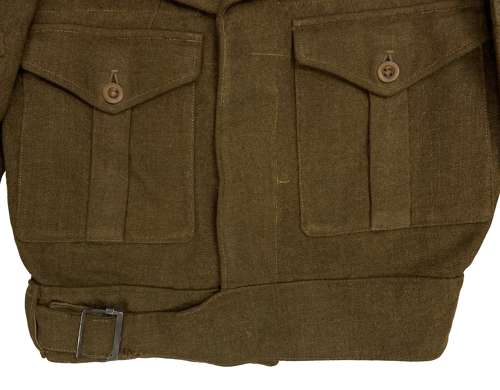 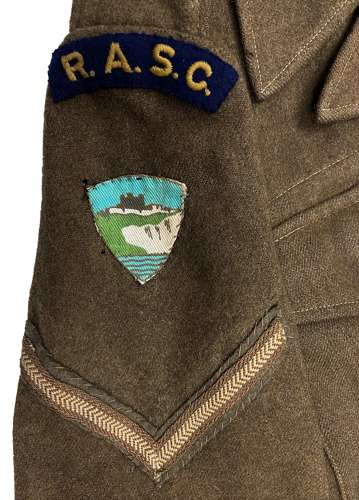 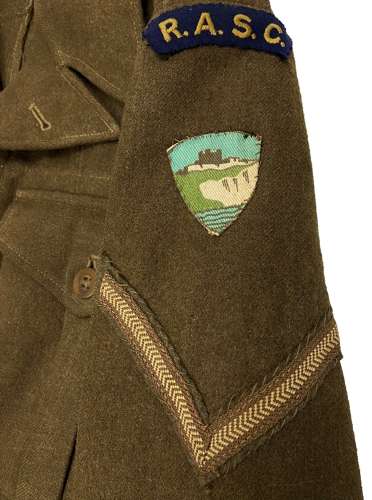 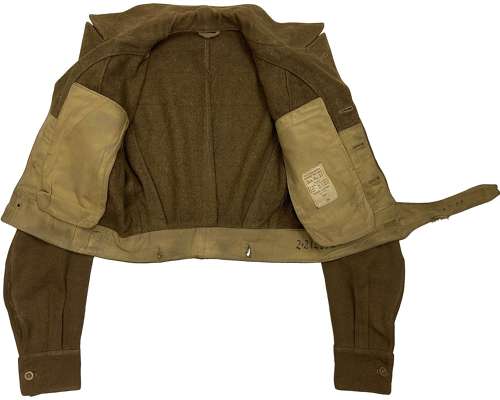 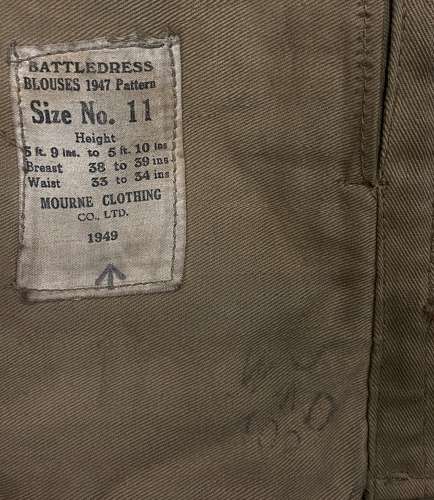 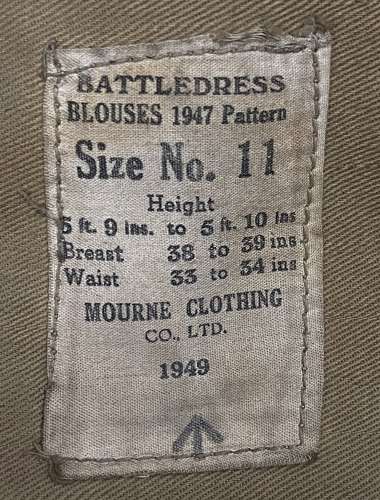 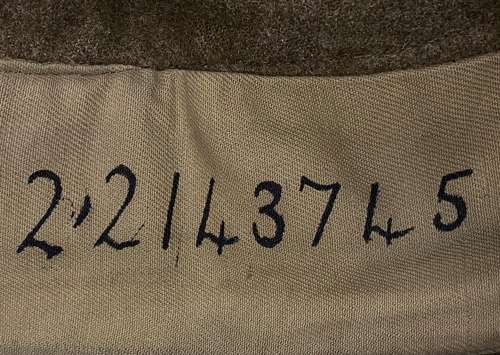 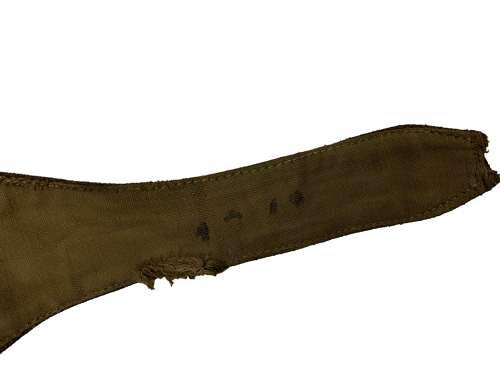 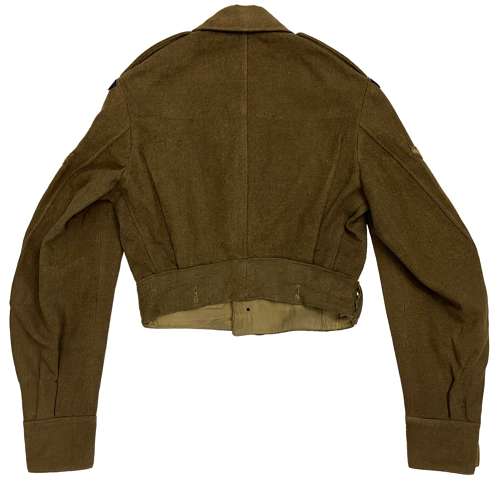 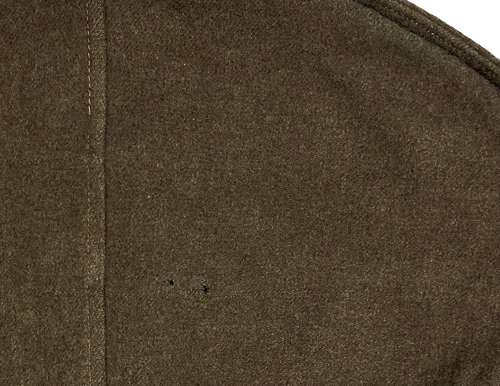 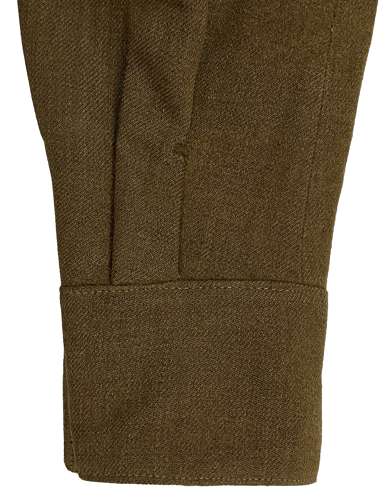 This example is fitted with a full set of original insignia including embroidered Royal Army Service Corps shoulder titles and printed East Kent District formation badges to each sleeve. Below these are Lance Corporal stripes and no medal ribbons are worn which would suggest the original owner joined up too late to serve in the Second World War.

Inside the jacket the original label is still present and states the size as No.11. The Manufacturer's name of 'Mourne & Co' is present as is the 1949 date and the War Department broad arrow marking. The original owner has marked his serial number in ink to the interior which reads 22143745.

The jacket is in used, issued condition and has some signs of age and wear. There are a few moth holes which are detailed in the pictures and there is wear to the waist belt. Whilst the jacket is far from perfect it still displays nicely and has a good consistent overall look.

A nice badged BD from the immediate post-war period which would make a nice addition to any battledress collection.