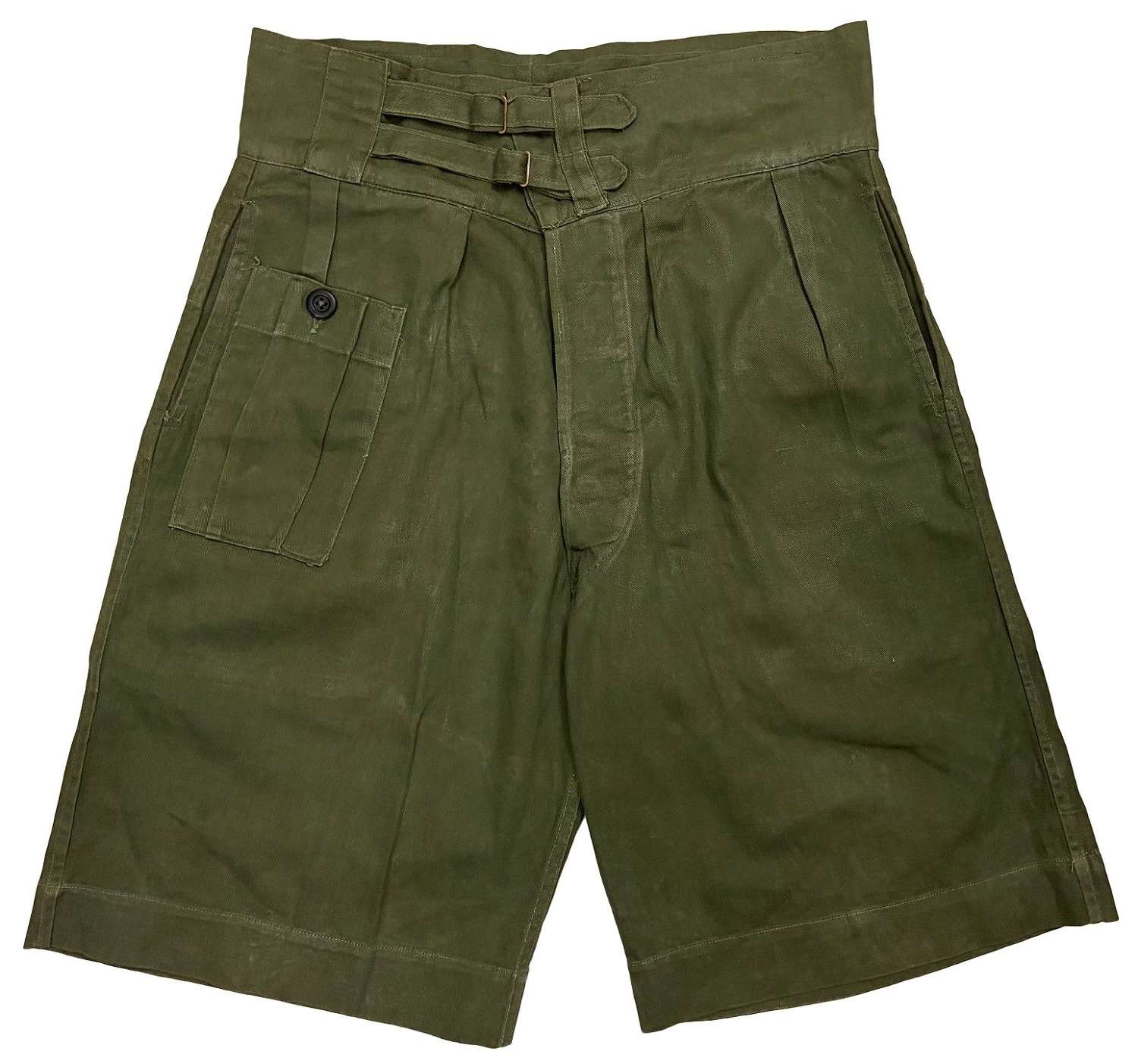 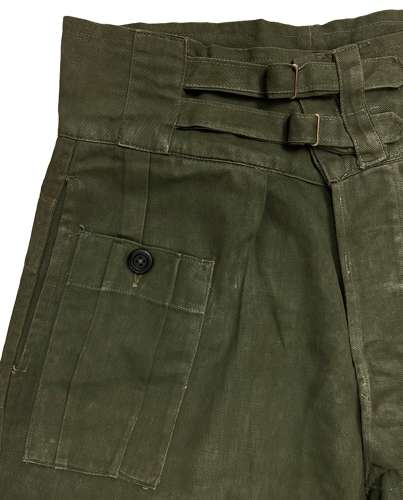 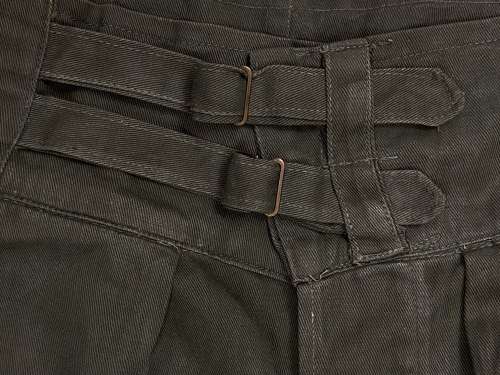 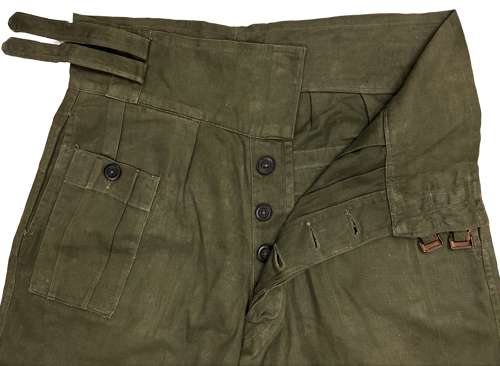 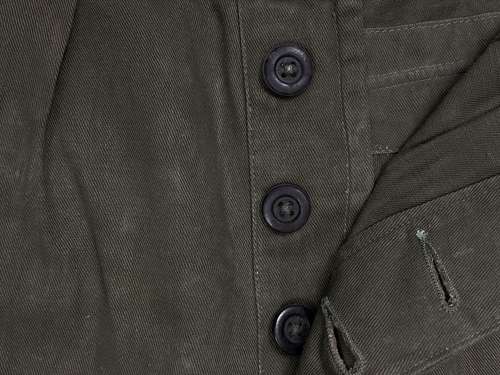 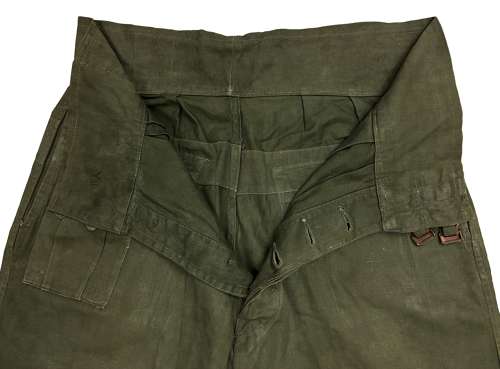 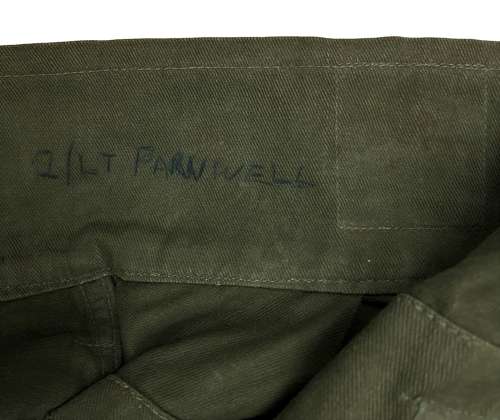 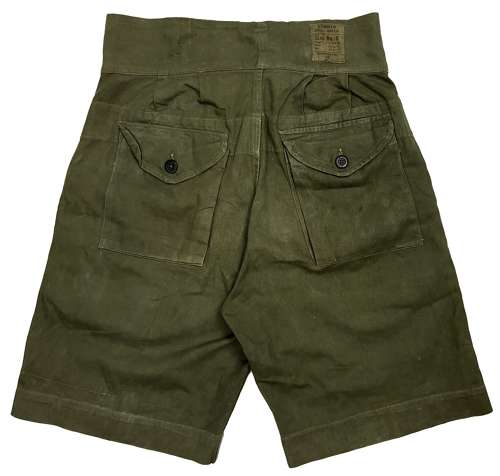 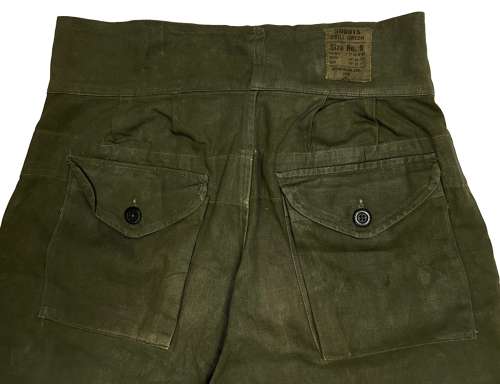 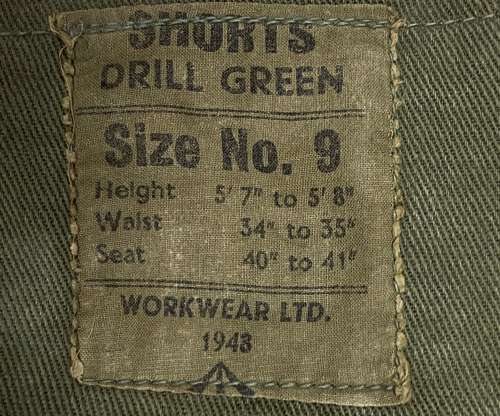 A scarce pair of original British made 'Shorts Drill Green' dated 1948 and in good condition.

Often referred to as 'Jungle Green Shorts', this pattern was worn by the British Army in the Far East during the Second World War. Part of what makes the shorts so rare is that they are British made. It soon became clear to those in charge of supplying the Far East with uniform that it would be easier to source their clothing from Indian or similar as the supply routes would be much shorter. This led to only a limited production of Jungle Green items being made in Great Britain during the Second World War and in the immediate post-war years.

The shorts are made from a green dyed cotton drill and feature slash pockets to the hips, a first field dressing pocket to the front and twin patch pockets to the rear. Brass buckles are used to fasten the waist straps and are specific to this pattern of shorts and are not removable. All the buttons are rubber rather than plastic or metal which is another interesting feature.

The shorts retain their original label to the rear which states the maker's name as 'Workwear Ltd' and the size as No.9. The 1948 date is present as is the War Department broad arrow marking.

The original owner has marked his name to the inside of the sweatband in ink which reads '2/LT Parnwell' which may offer the opportunity for further research.

Whilst the label states larger, the shorts will actually suit someone of around a 32-33" waist depending on desired fit. When laid flat they measure -

The shorts are in good wearable condition and display well. They have some signs of wear and age but overall are very sound. Please study the pictures and bear in mind that these are a pre-owned pair of vintage shorts.

A really nice pair of original 1940s British military shorts which would make a fine addition to any collection.