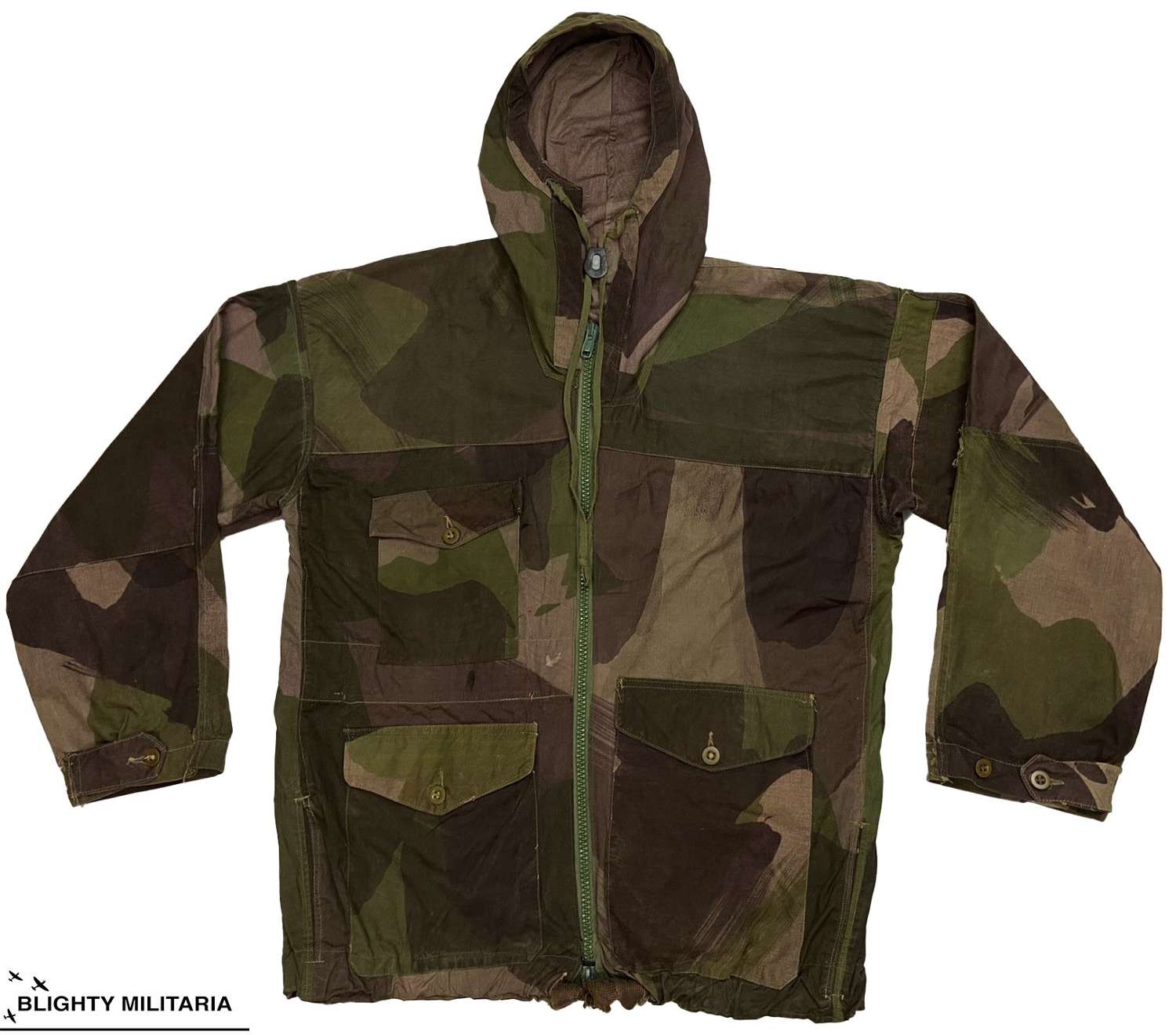 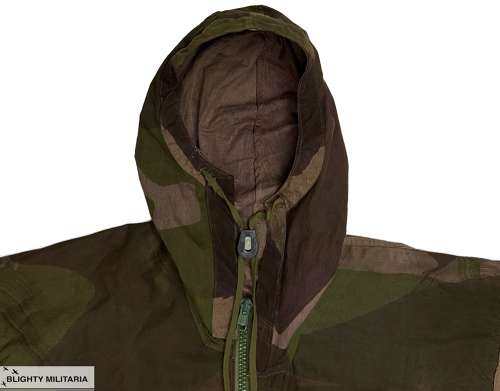 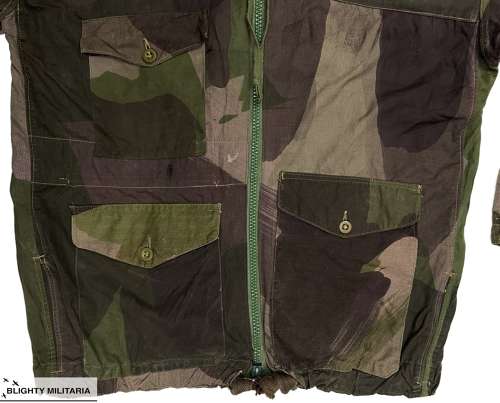 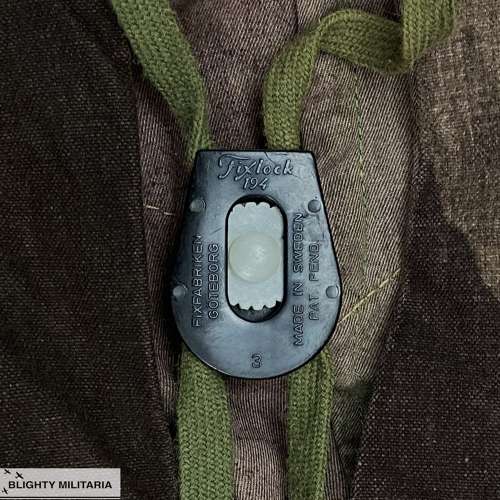 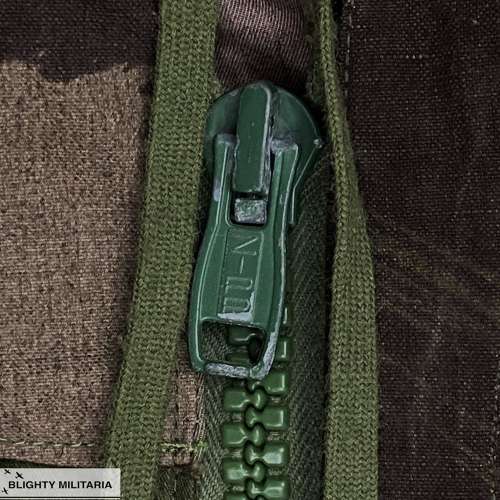 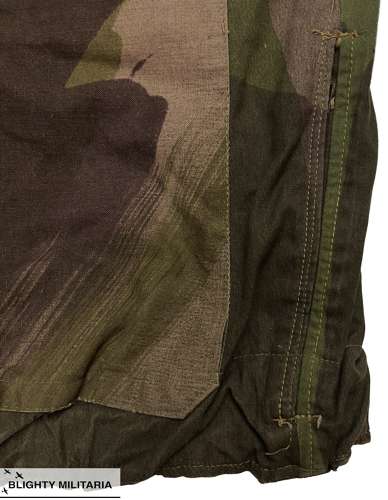 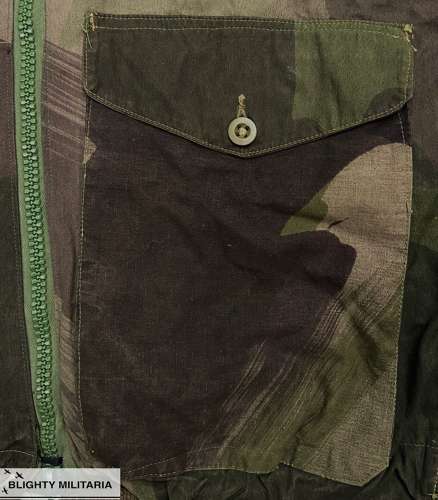 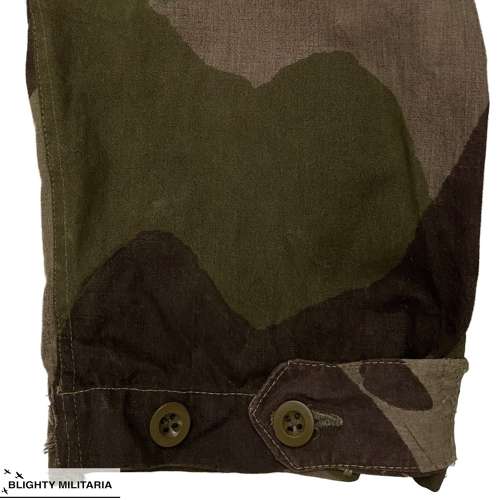 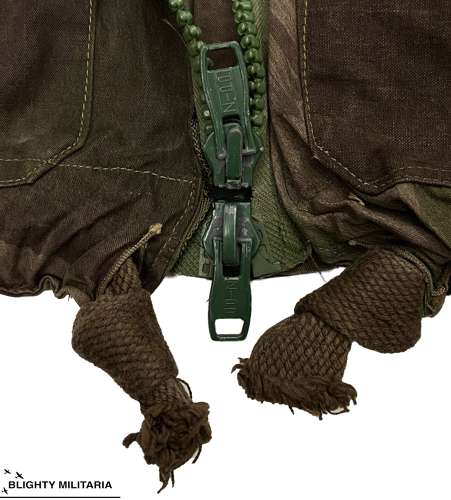 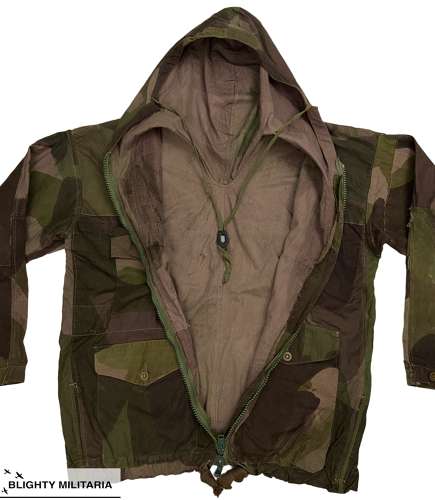 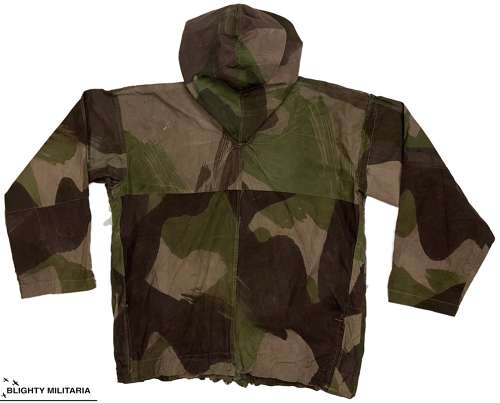 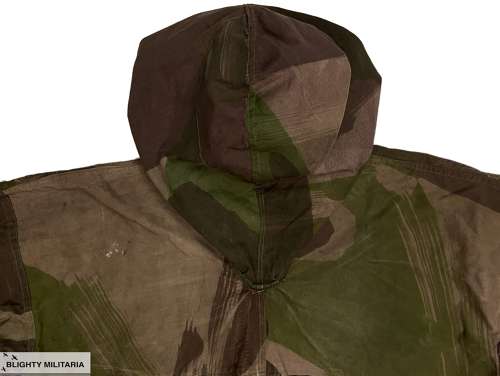 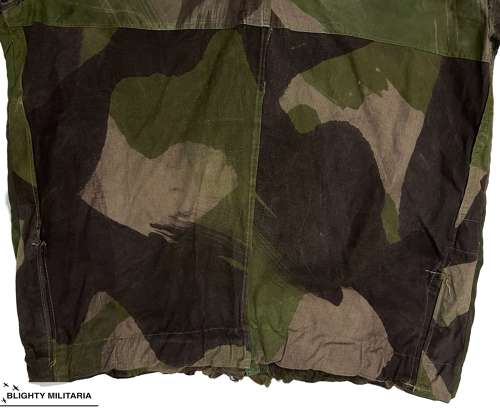 This smock is tailor made and almost certainly one of a kind. It is possible that it has been made from scratch using trousers. It is cut in a very similar shape to the standard issue item but has been heavily tailored to suit the original owner. The main body is made from the gabardine material whilst the arms and one of the front pockets are made from the heavier type of material which was used by 'John Gordon & Co' in 1943.  The hood is the same as the standard smock and features an asymmetric seam along with a long drawstring. This passes through a black plastic adjuster marked 'Fixlock' and is the same part used on the DPM Cold Weather Parka in the 1970s and early 1980s. The smock is fitted with a full length, double ended metal zipper made by 'Zipp'. Interestingly, the bottom puller has had stitches added to stop the smock from being opened fully - clearly something the original owner didn't want to do! The pocket configuration is also curious, and again most likely specified by the original owner. There is only one breast pocket, rather than the usual two, and the lower pockets are different sizes. It would also appear that the smock original had slash pockets towards the bottom set next to each side seam. These have been removed and stitched up but are still another interesting detail. Along the bottom edge of the smock a drawstring is fitted as is commonly found on windproof smocks.

Being a private purchase item, there are no stamps or labels inside the jacket. It will suit around a 38" chest and has a long arm. When laid flat it measures -

The smock is in good condition with some signs of previous wear and use. It is still very wearable and displays well but please take time to study the pictures before purchasing and bear in mind that it is a vintage, pre-owned item which may have small issues commensurate with age.

A fantastic smock which has loads of brilliant details. Find another like this one!