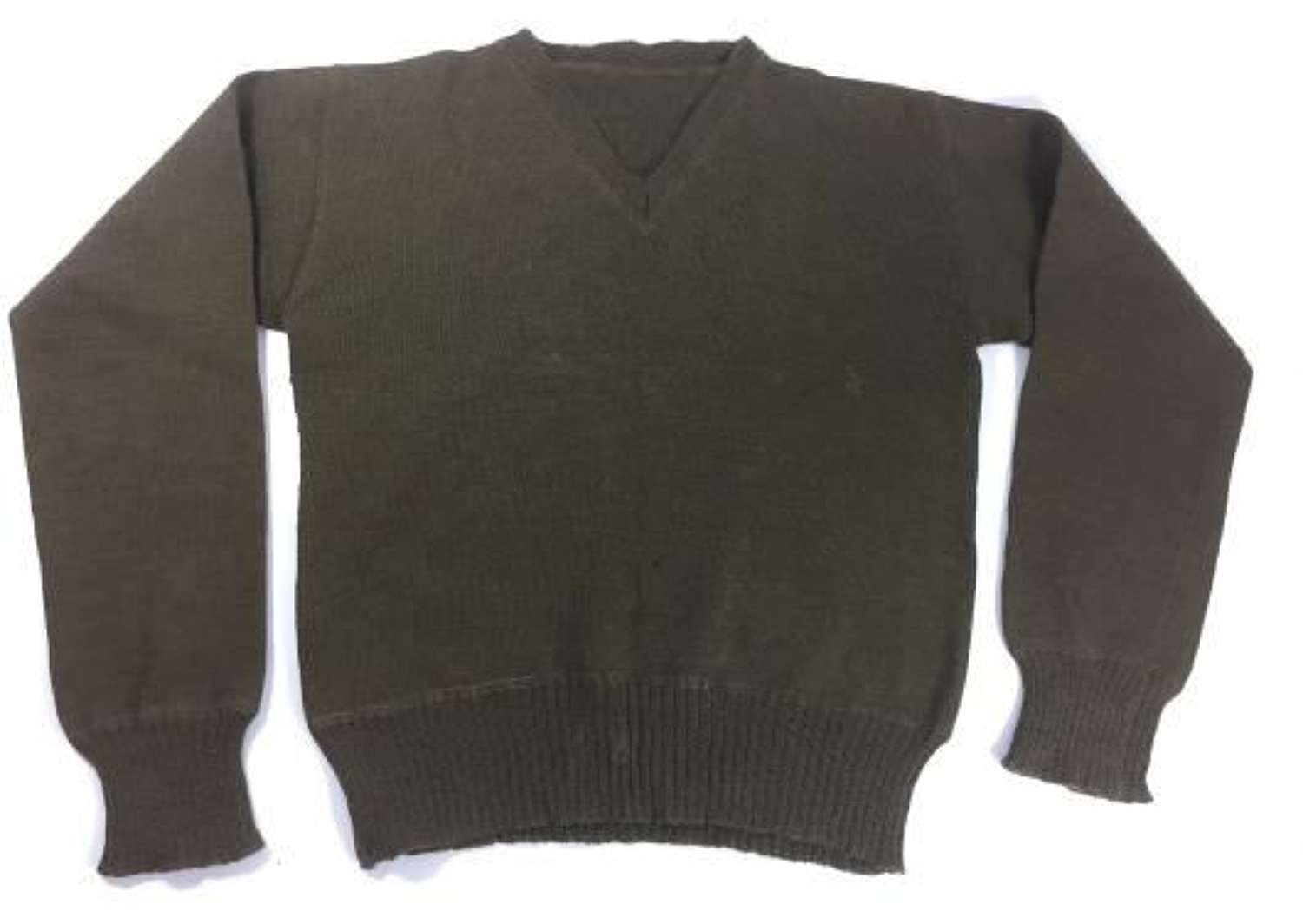 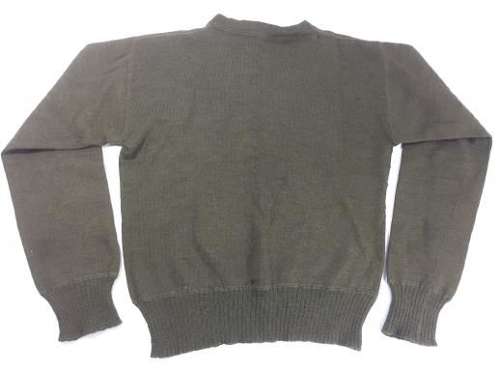 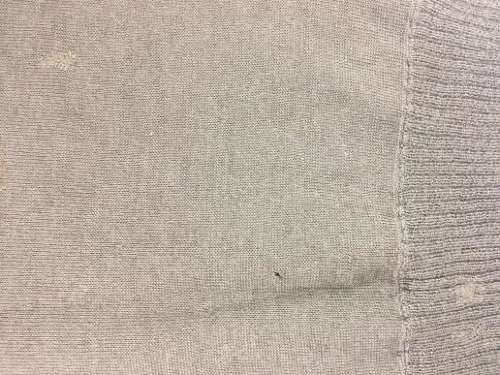 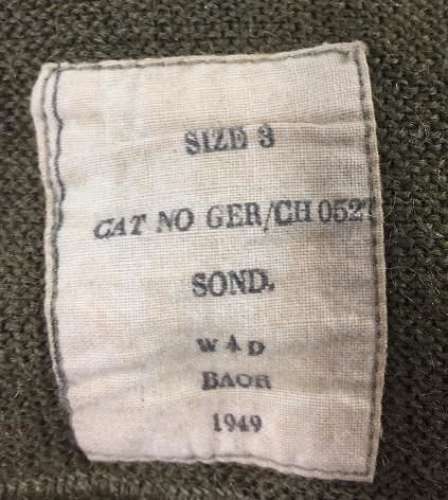 The pattern of this jumper is unchanged from the wartime examples featuring full sleeves with a narrow cuff and a V-neck. The main difference is that the post war jumpers were a dark green shade rather than the khaki of wartime pullovers.

The jumper is in good condition as can be seen in the photographs. It has clearly been worn and features a number of period darns to the front which add to the character of the jumper.

The label is still present inside the neck and reads Size 3, bares the War Department broad arrow mark and is clearly Dated 1949. The label is also stamp BAOR which stands for British Army of the Rhine.

A nice clearly dated jumper from the immediate post-war period which would compliment a Korea collection or similar.