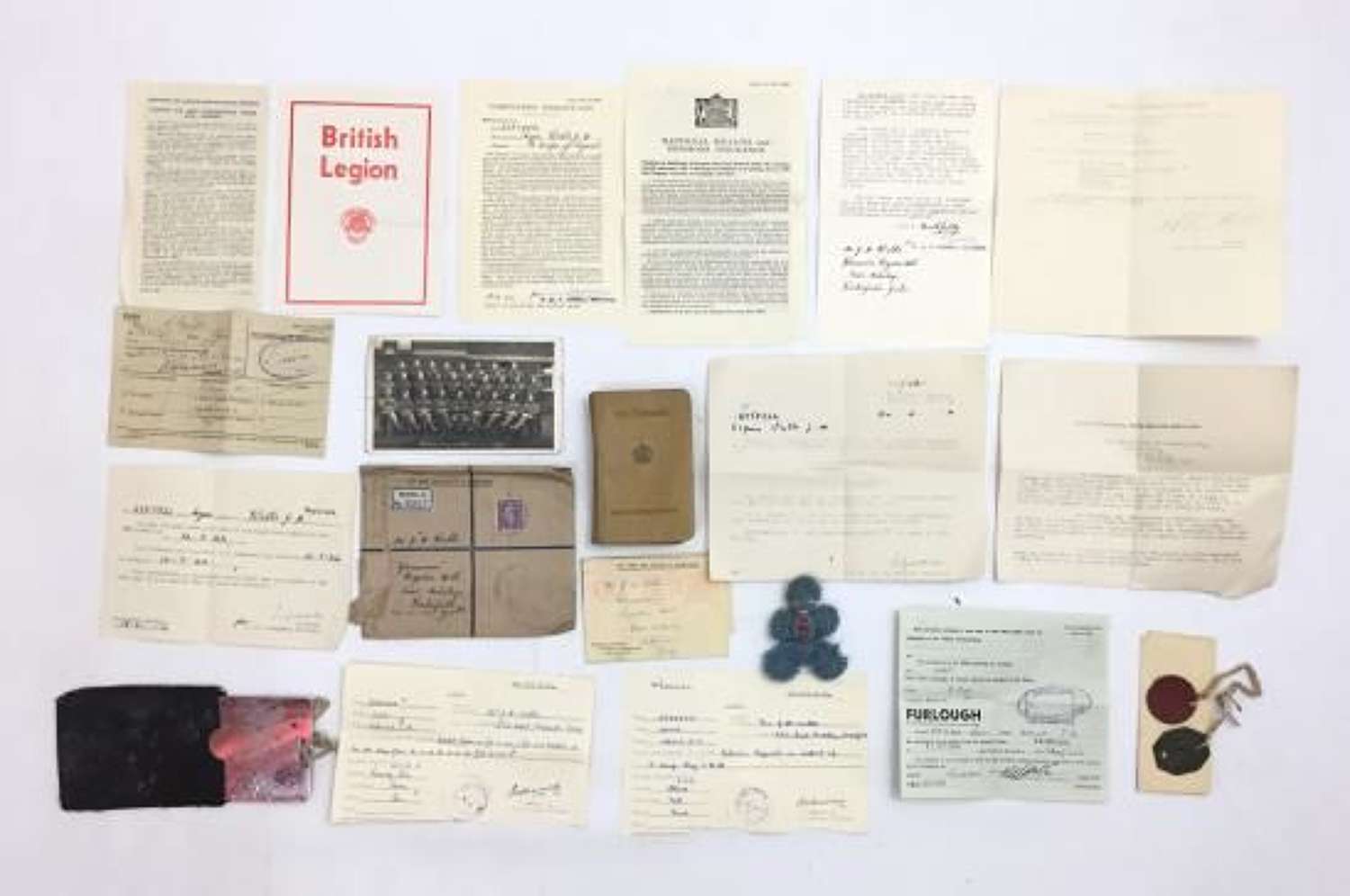 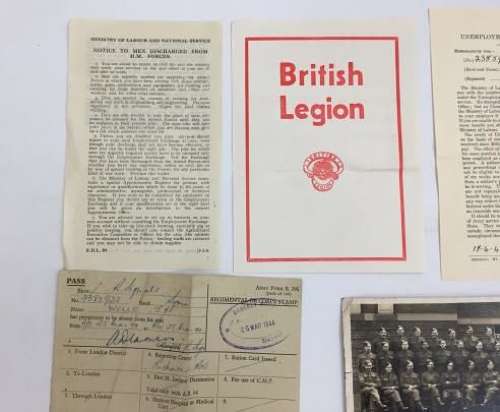 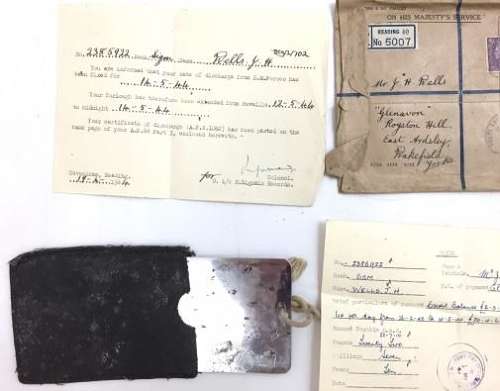 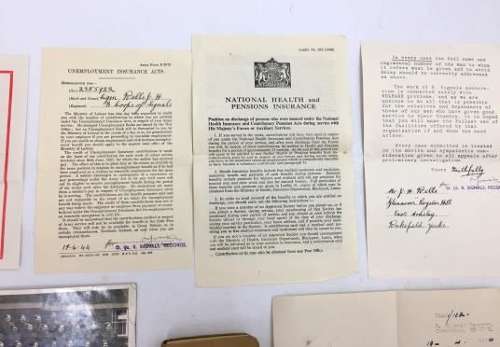 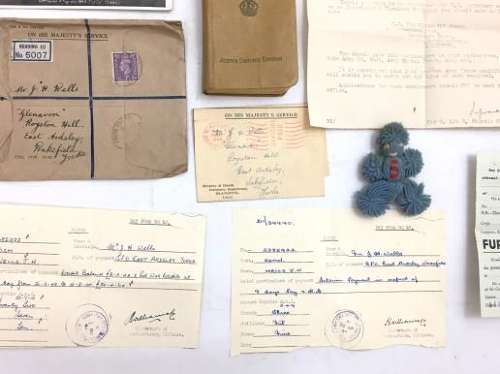 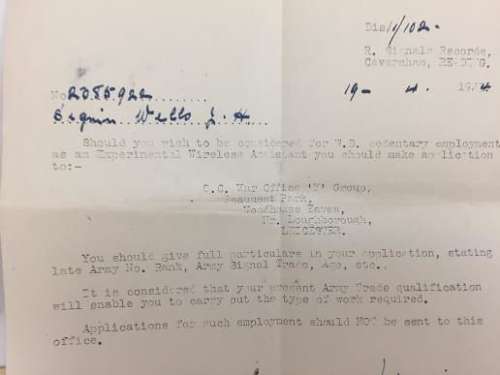 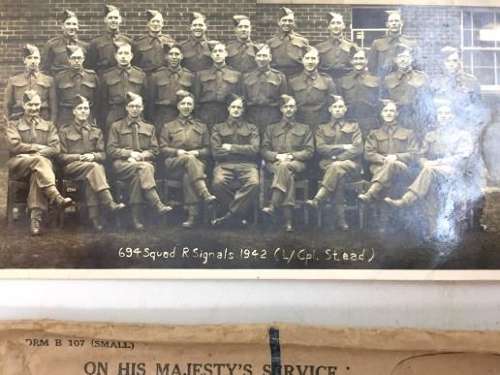 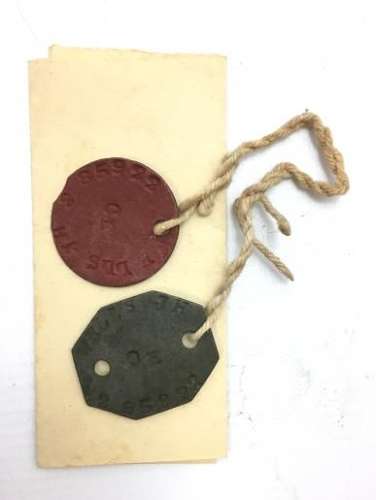 SOLD
An original set of Second World War paperwork attributed to 2385922 Signalman J. H. Wells who served with Royal Corps of Signals during the conflict.

Signalman Wells was demobilised from the army on the 14th of May 1944 and a lot of the paperwork relates to this. He lived in East Ardsley near Wakefield in Yorkshire.

A number of other personal effects which belonged to Wells are also included alongside the various pieces of paperwork. This includes his original identity discs, his active service addition of the New Testament, His shaving mirror and case. a lucky charm hand made from wool and a photograph. The picture is entitled '694 Squad R Signals 1942 (L/Cpl. Stead). This is almost certainly the unit he served with during the war.

Altogether a nice wartime grouping which would make a good addition to a collection.