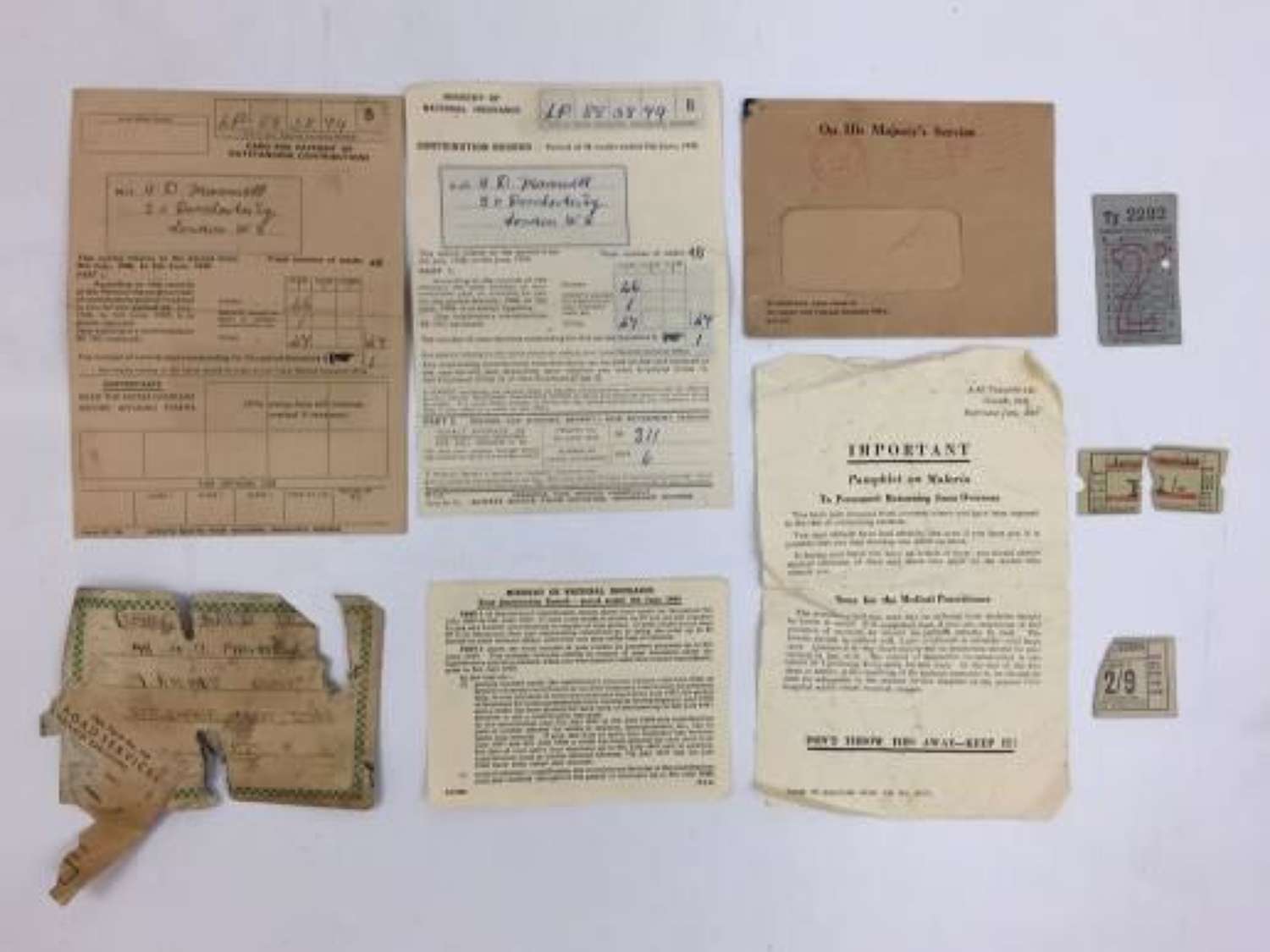 SOLD
A set of original paper work attributed to 3061845 Leading Air Craftsman A.D Maxwell who served in the RAF during the Second World War.

I believe that L.A.C Maxwell served in the Middle East or more likely the Far East as included in the paperwork is a ‘pamphlet’ on Malaria for servicemen returning from overseas. Whilst called a pamphlet it is in fact a double sided sheet of paper! As well as this, the other items attributed to this airman include an Indian made Forage Cap and has OA tunic features Indian made LAC patches.

Also included with this set are a number of pieces relating to national insurance and a few period tickets.