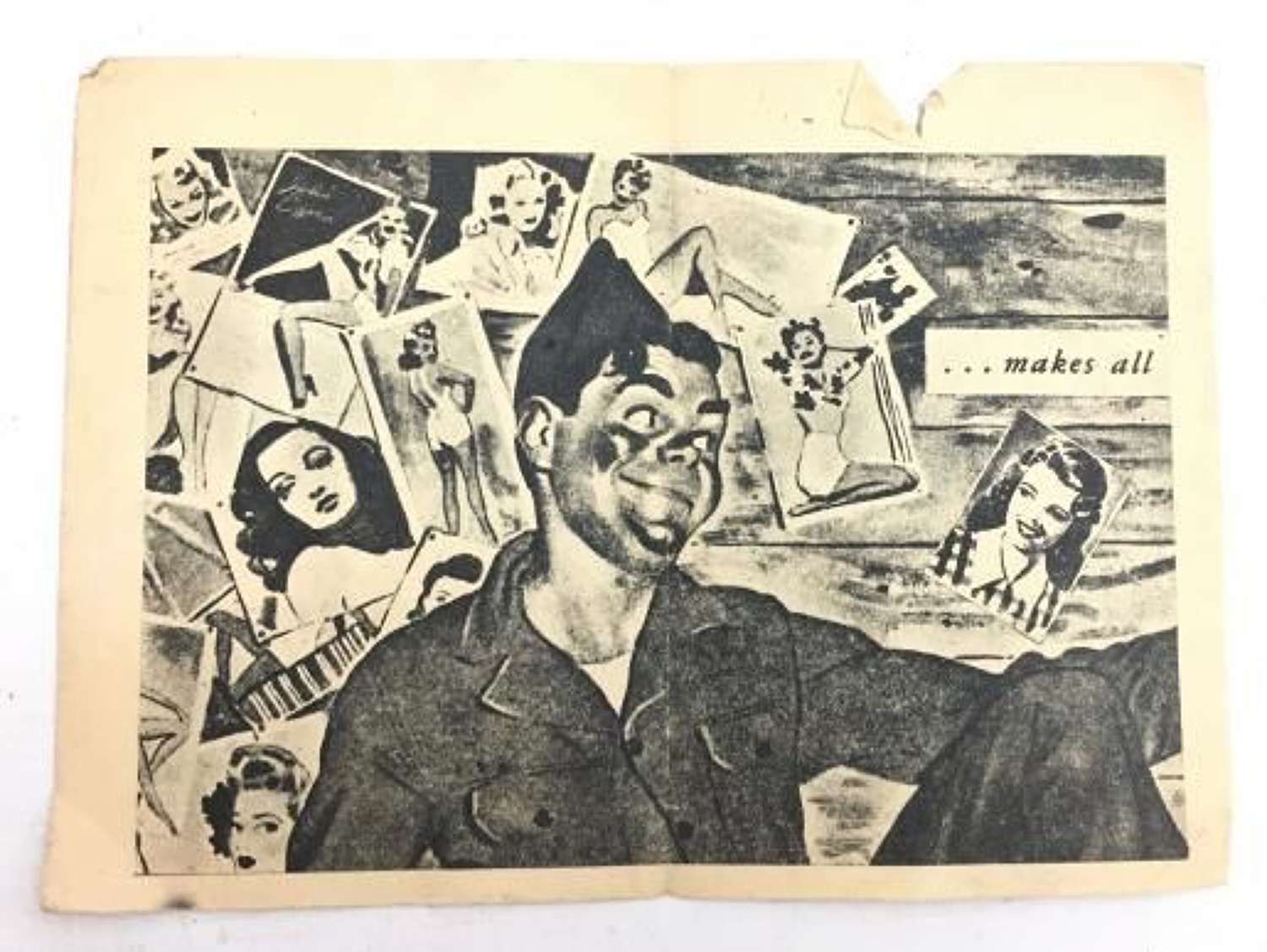 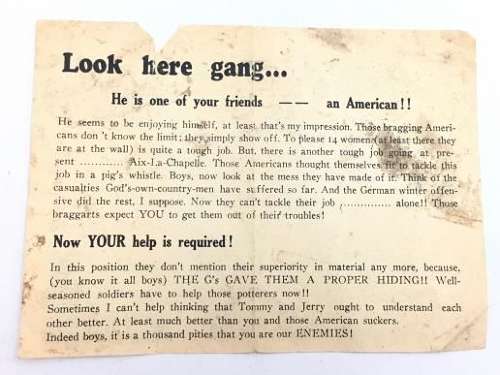 This example most likely dates from the latter part of WW2 as it mentions the German Winter Offensive. It is double sided with the fist side depicting a ruddy-faced US serviceman surrounded by pictures of pin-up girls whilst the reverse has text relating to this. It is clearly aimed at British soldiers and is designed to create tension with US servicemen, even suggesting (at this late stage in the war) that the British and Germans should be united!

The condition is as shown in the pictures. Signs of age etc and wear to the edges.

All in all a good original example of wartime propaganda.