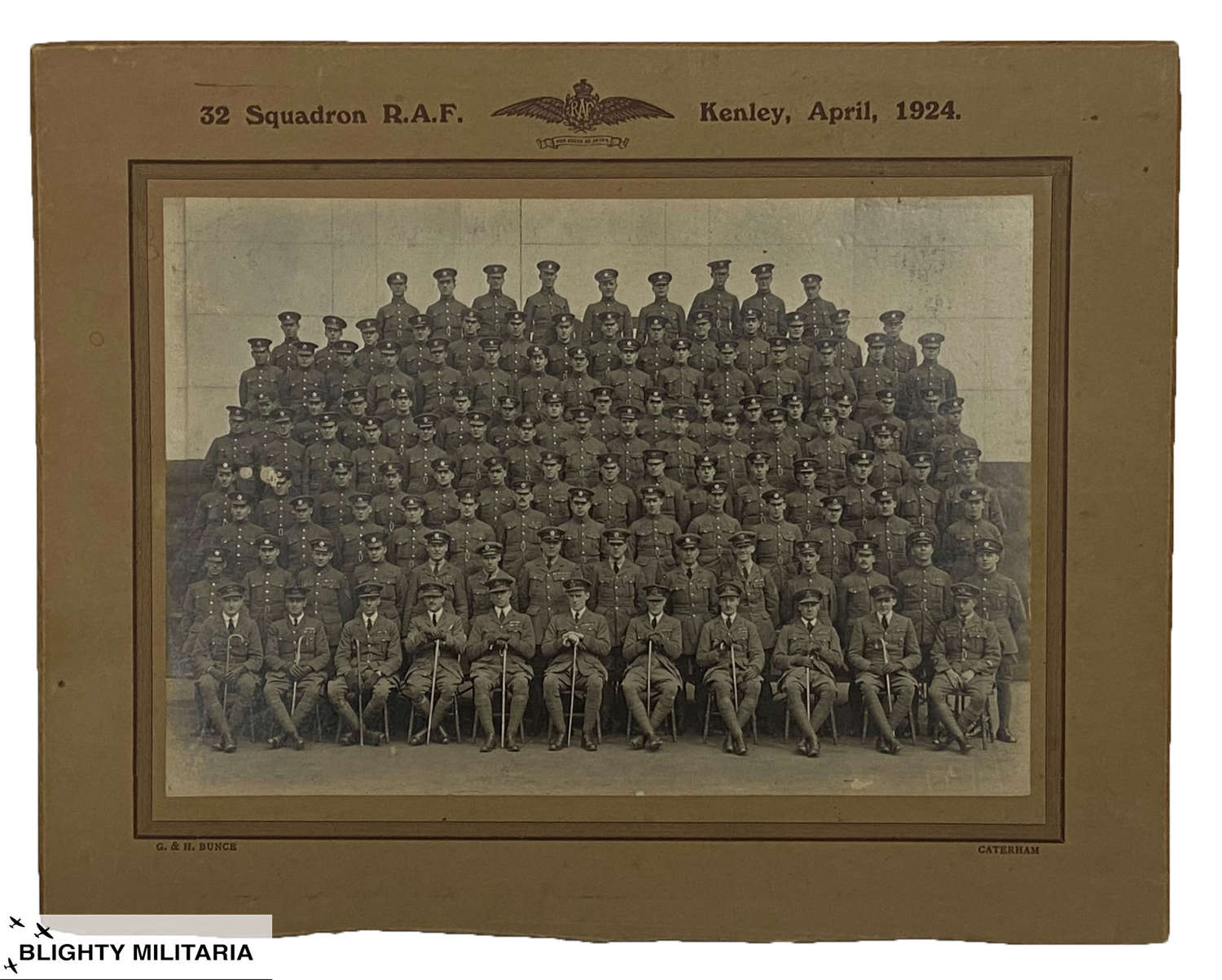 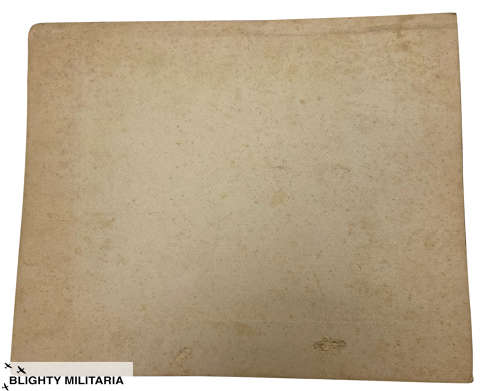 Original photograph of 32 Squadron at Kenley in 1924

An original picture depicting No. 32 Squadron at Kenley in 1924.

This is an original period item dating from 1924 which belonged to J H Tuckey who transfered from the British Army to the Royal Flying Corps on the 25th of November 1914. He had a long career and was a squadron leader during the Second World War. He also served in the years following the war. In this picture he is a Flight Sergeant pictured in the second row (from the front), seventh from the left.

The picture is mounted on cardboard and features the Squadron name, RAF wings and date and place printed to the top.

The picture is in good condition considering it is almost 90 years old.

A nice original period picture of No. 32 Squadron.