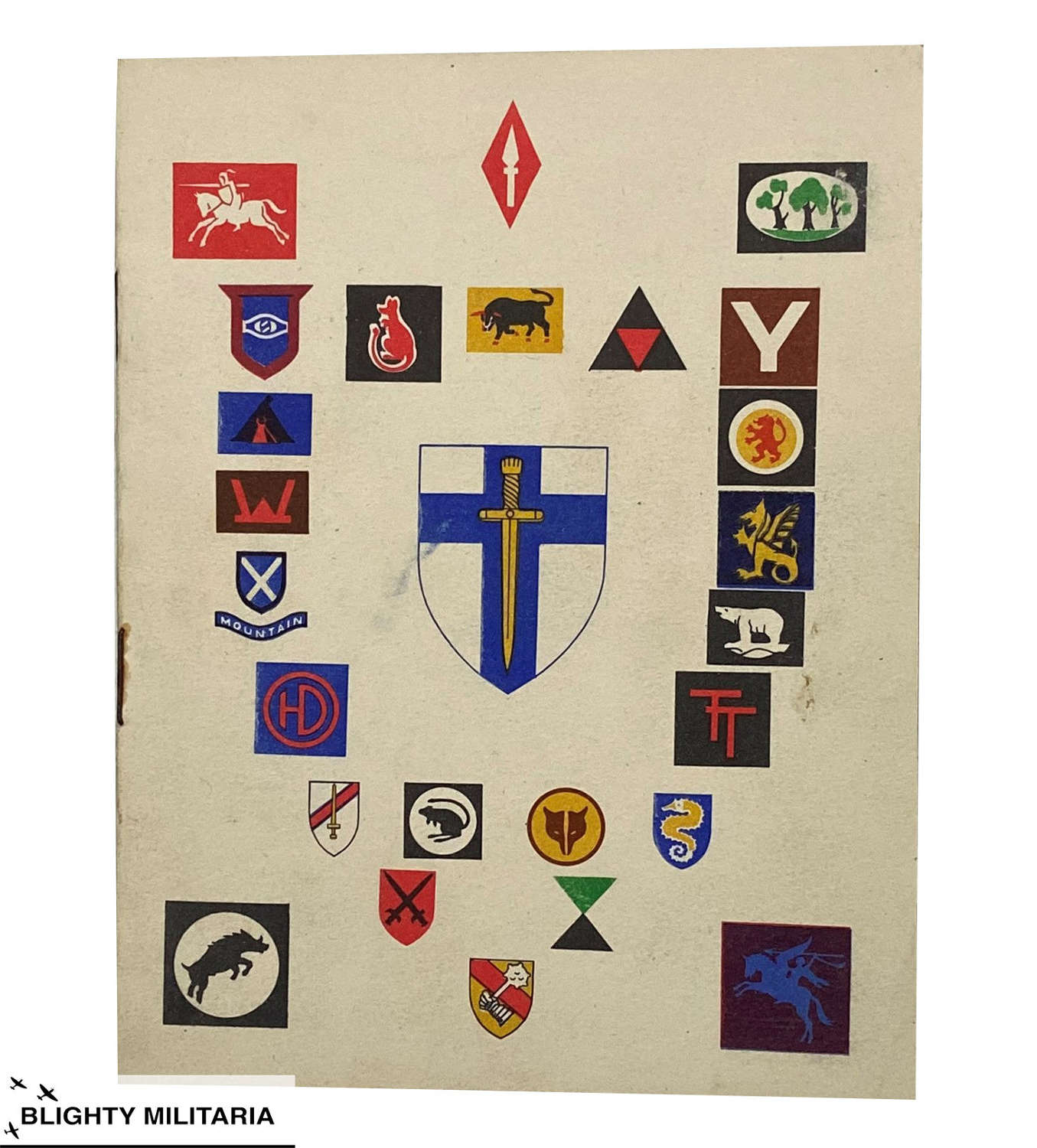 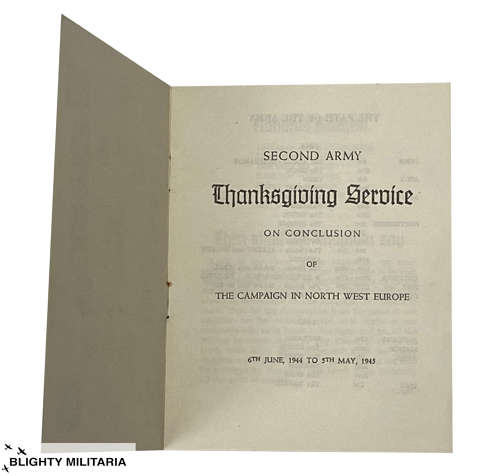 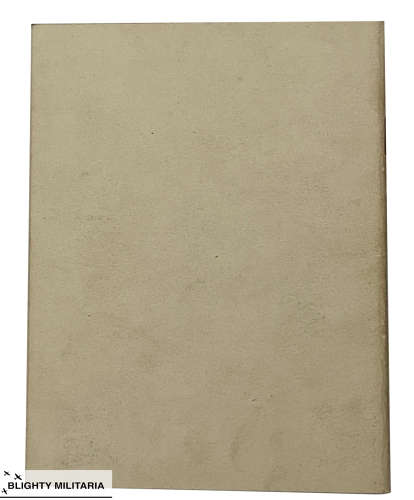 A programme for a thanksgiving service held at Lubeck, Germany in June 1945 at the conclusion of the campaign in North West Europe by the Second Army.

The Second Army fought from D-Day throughout North West Europe in 1944 and 1945, ending in Germany. This pamphlet was handed out to troops as a programme to a thanksgiving ceremony held at the end of hostilities.

The cover is printed in colour and features various formation signs of divisions who served as part of 2nd Army. The contents of the book detail various elements of the service.

A nice piece of memorabilia which many, many British soldiers of 2nd Army kept at the end of WW2.