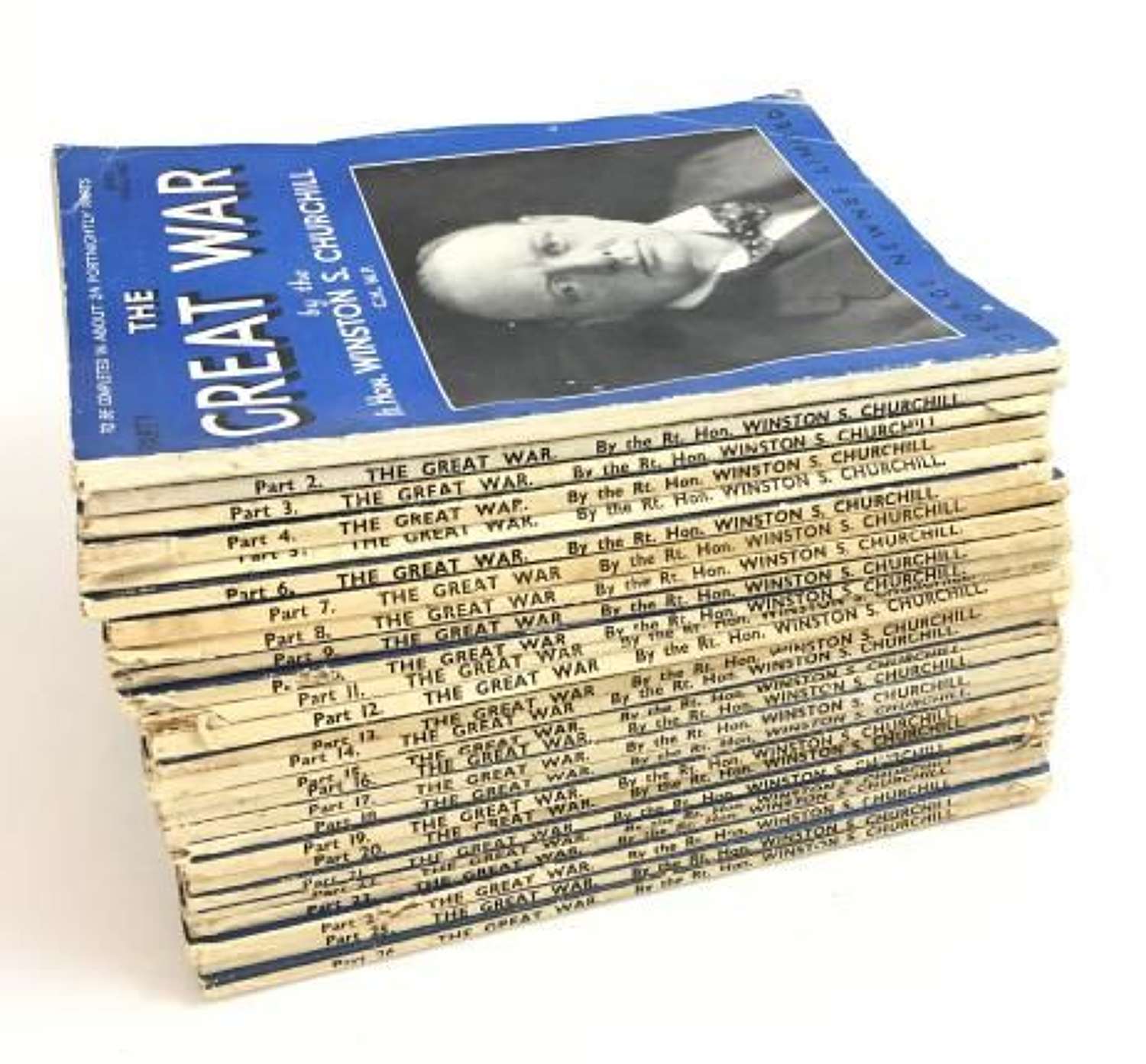 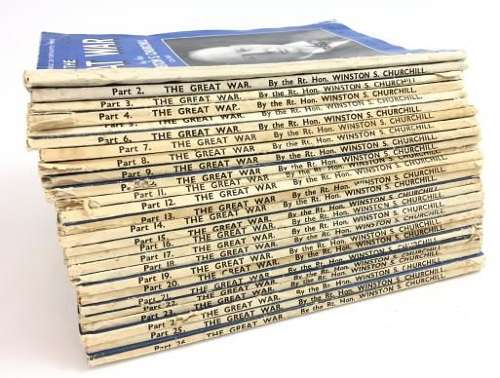 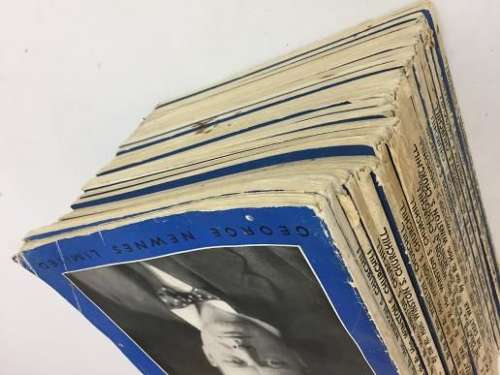 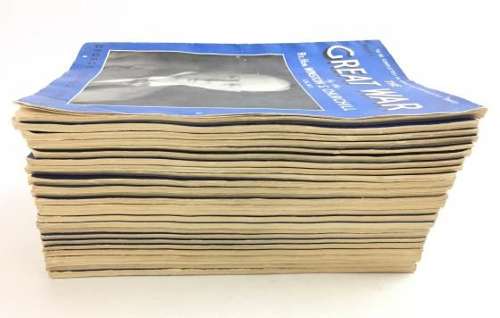 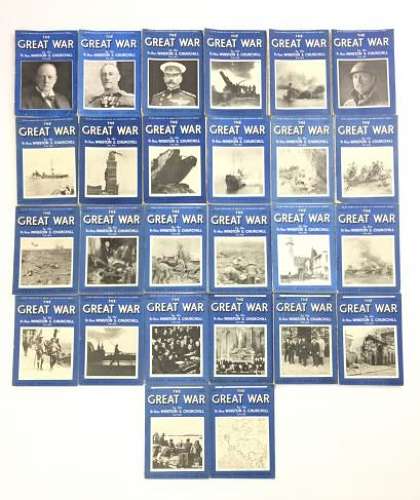 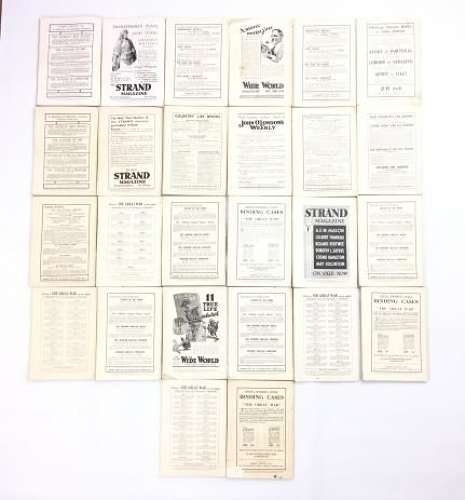 This 26 part series was released fortnightly starting in 1933 and was initially intended to by in 24 parts as stated at the top of each of issues 1-21. This was changed on the 22nd issued through to the final 26th issue to 26 parts.

This complete set is in its original periodical wrappers which are in reasonable condition. There are various signs of wear as can be seen in the photographs and should be expected from 80+ year old items such as theses.

Various pictures feature throughout the editions as do period adverts. Chapters include: 1905-1910 Milestones to Armageddon, 1911 The Crisis of Agadir, The Dusk of Hapsburg, 1914 The Murder of Archduke, Ireland and the European Balance,The Austrian Ultimatum, The Fronts and the Combatants, The Crisis, Declarations of War, The Mobilization of the Navy, 1914 The Passage of the Army, The Invasion of France, The Marne, The Mobilization Interval, The Assembly of the Eastern Armies, Austria Against Russia, The Battle of Lemberg, The Invasion of East Prussia, The Battle of Tannenberg, The First Masurian Lakes, The End of the World Crisis.

A complete original set which appears to have always been together!