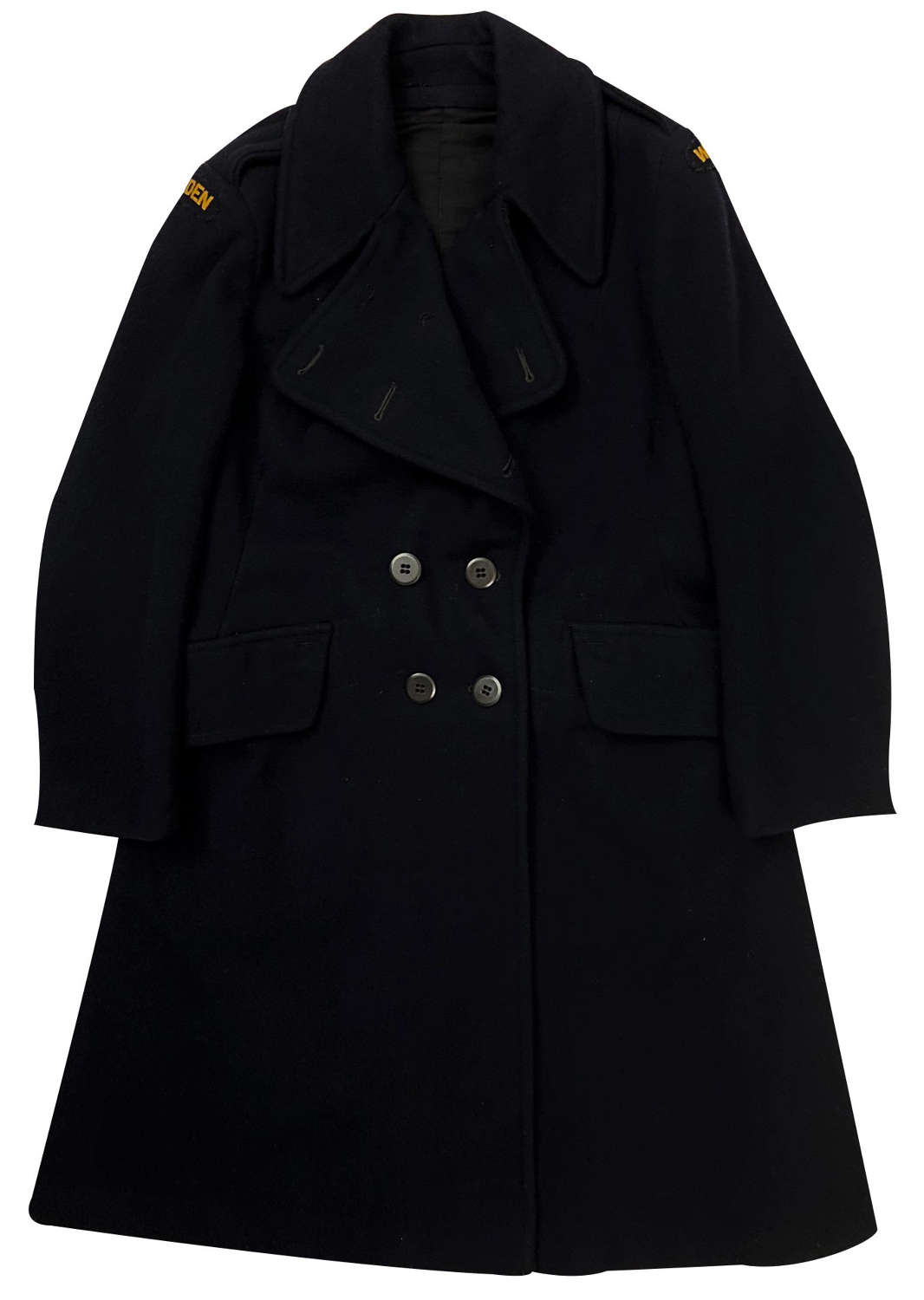 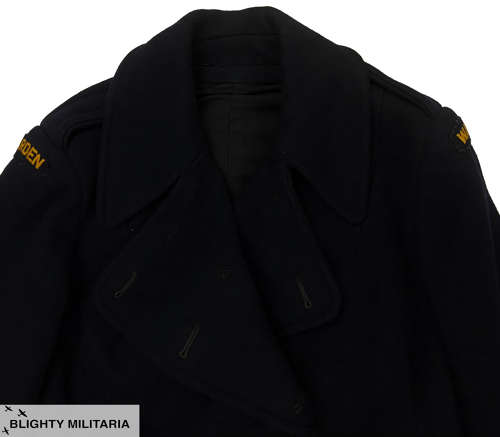 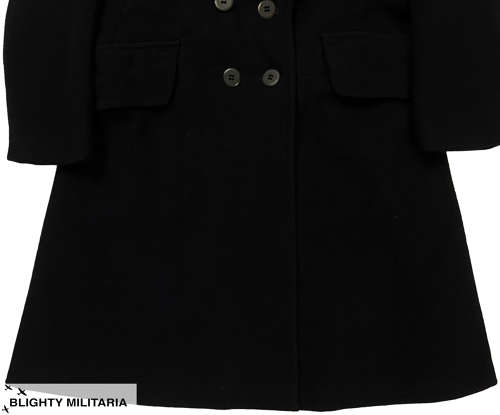 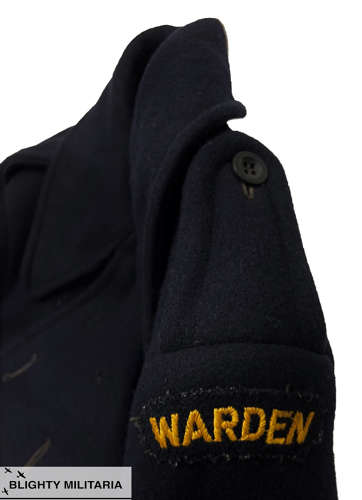 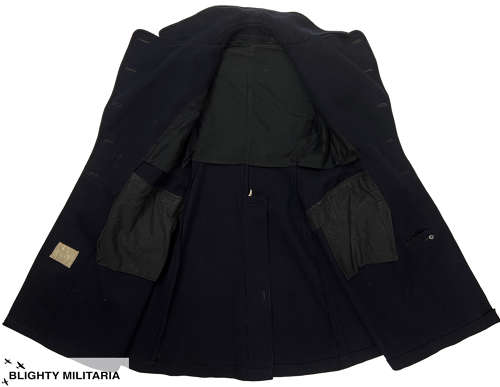 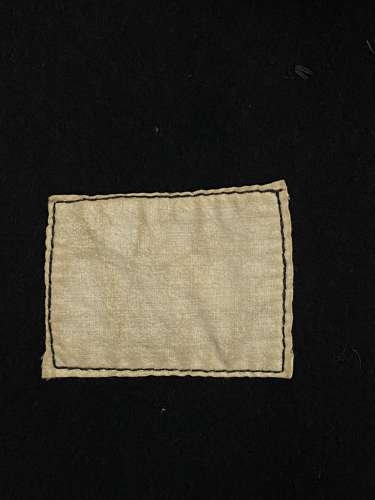 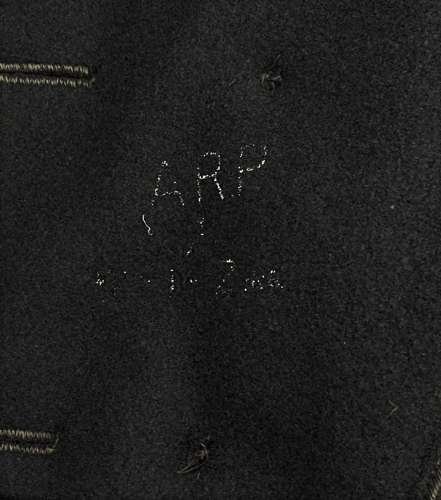 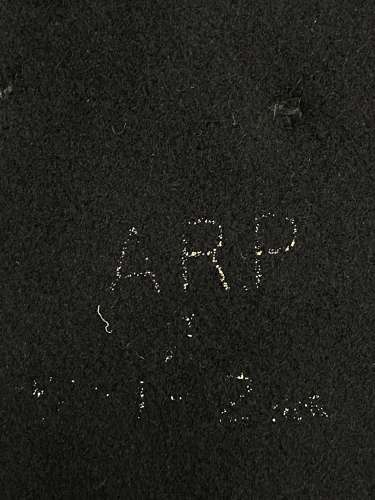 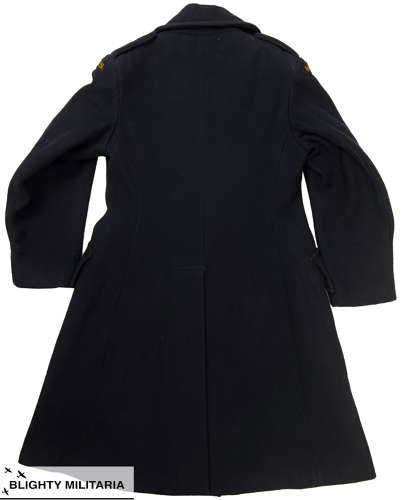 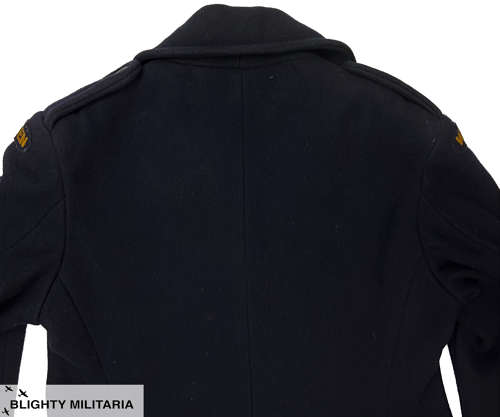 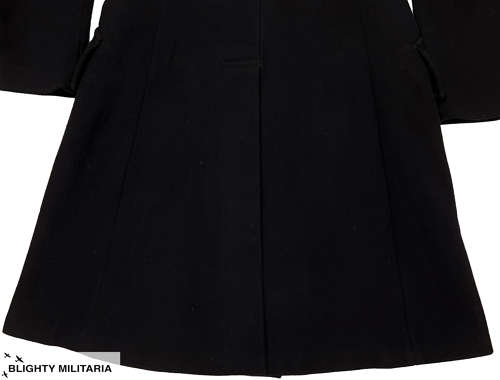 An original Women's ARP 70 Greatcoat dating from the Second World War and in good condition.

This pattern of greatcoat was similar to the mens ARP 69 greatcoat and was produced for women throughout the Second World War. It is made from a heavy, dark coloured blanket wool and features a double breasted front and flapped pockets to front. The front fastens with plastic buttons which may have been fitted at the factory as some greatcoats were supplied without either ARP or CD marked buttons. Epaulettes are present to the shoulders and also fasten with small plastic buttons which are typical of the period. To the rear of the coat is a large vent.

The coat is fitted with original wartime 'old gold' pattern WARDEN shoulder titles which look to be original to the jacket.

Inside the coat the original label is still present but sadly has been washed out. There is a white ink stamp however and the letters 'ARP' can clearly be seen. Whilst there are no clear dates on the coat, the label style as well as the stamp identify this as a wartime example.

The coat is a smaller size which will suit around a 32" - 34" bust depending on desired fit. When laid flat it measures -

The coat is in good condition as can be seen in the pictures. There are some signs of wear and age but overall it displays well. Please take time to study the pictures before purchasing and bear in mind that this is a vintage, pre-owned item which may have some small issues commensurate with age.

A rare original piece of wartime uniform which would make a great addition to any Home Front collection!