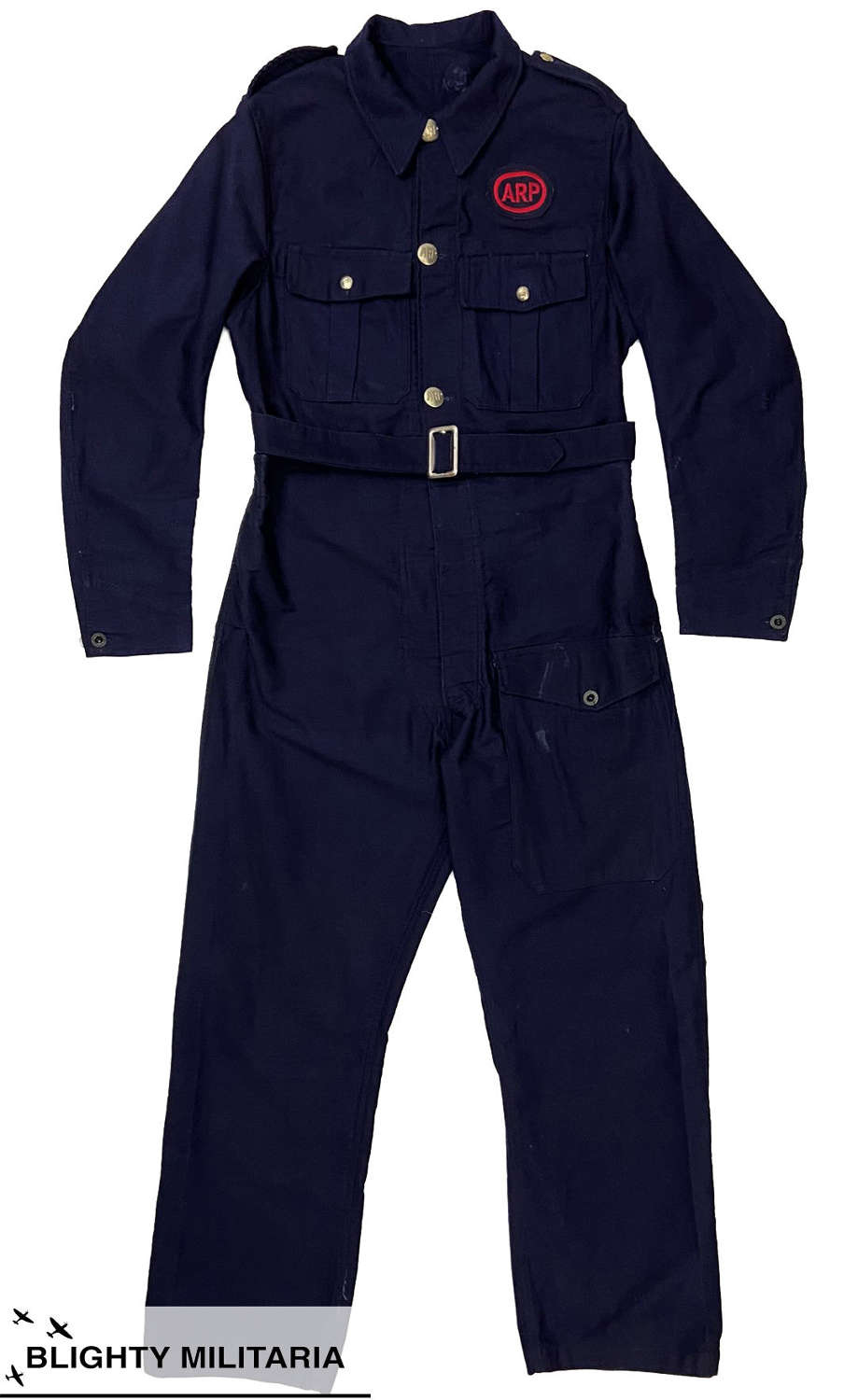 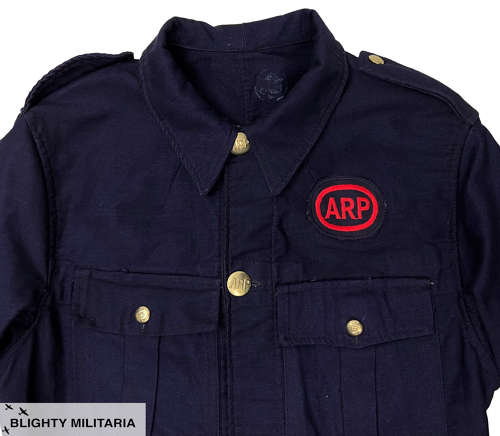 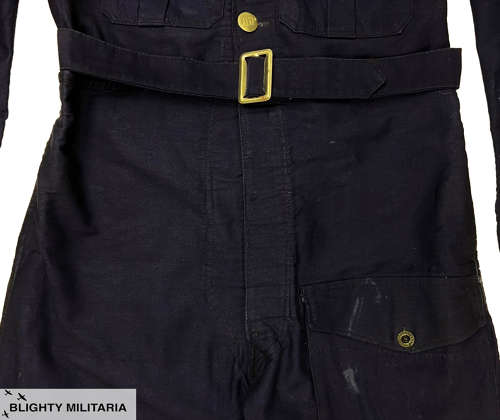 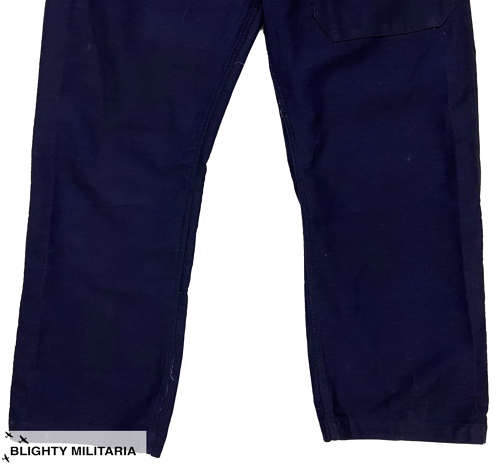 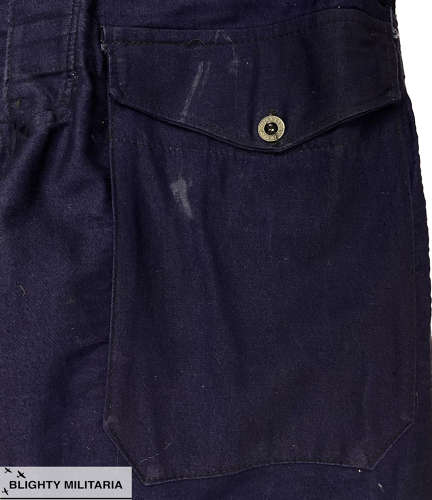 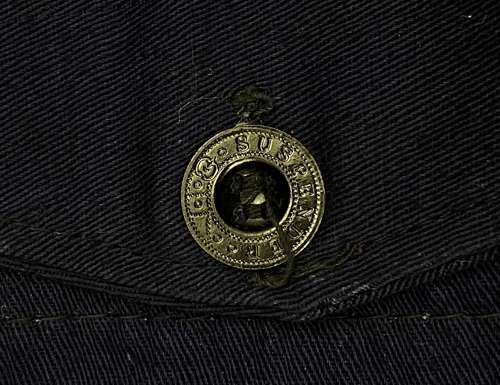 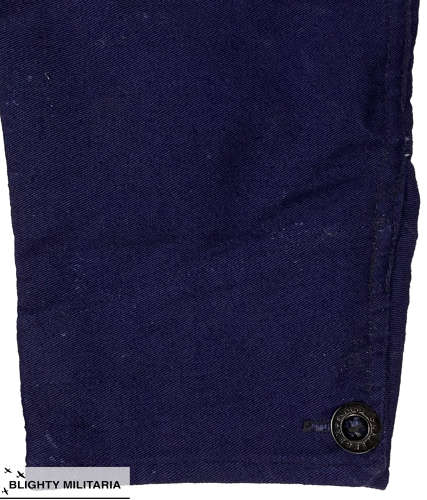 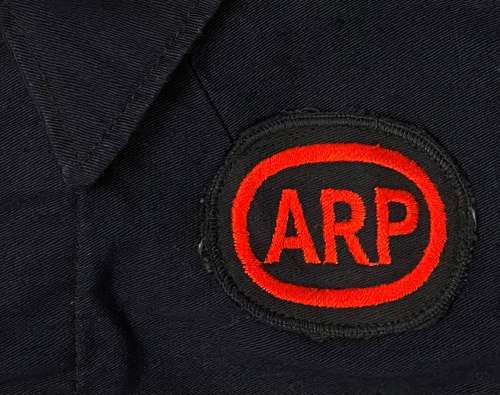 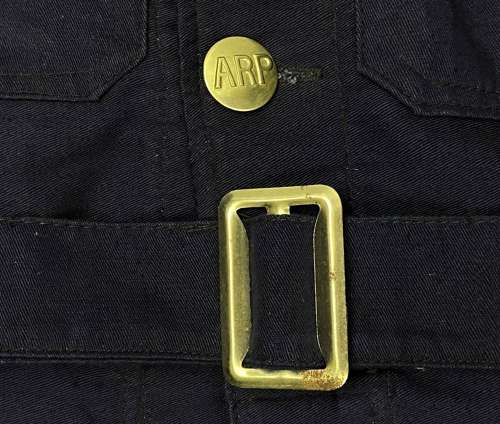 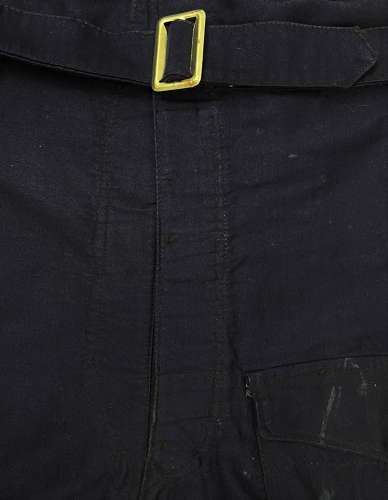 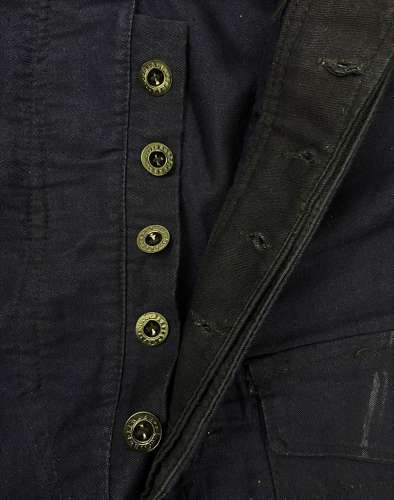 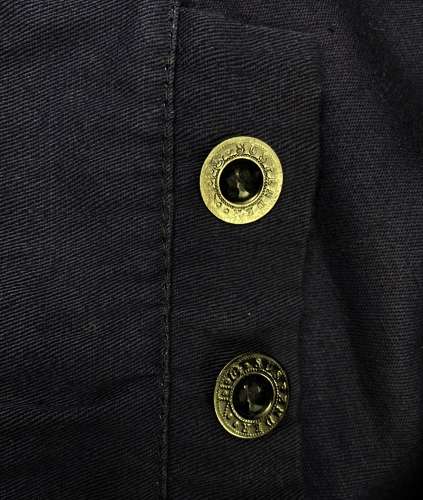 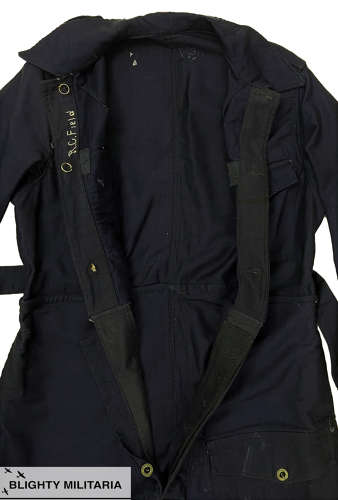 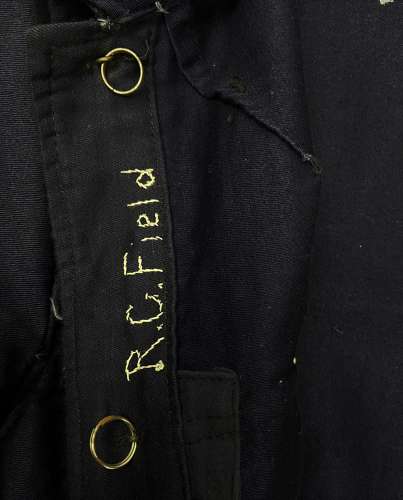 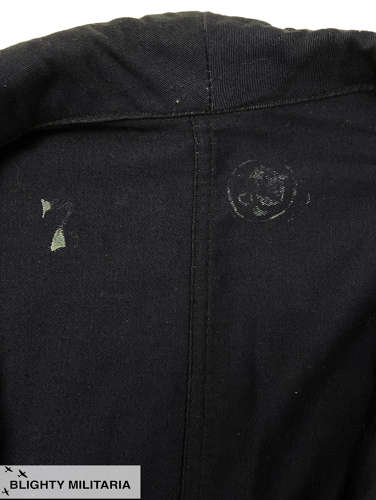 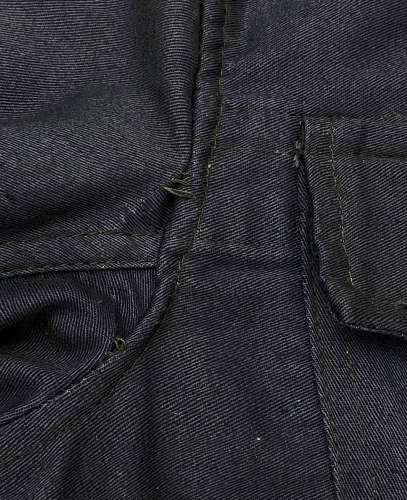 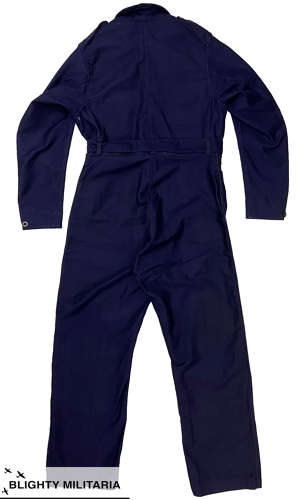 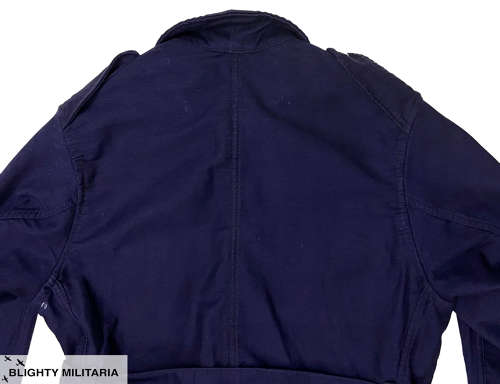 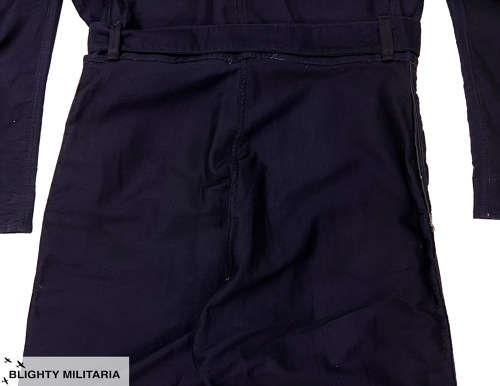 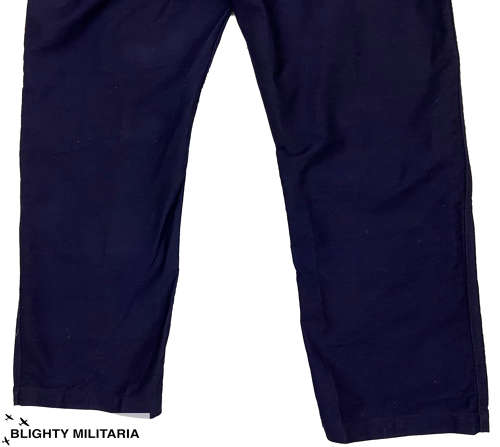 These overalls came into issue in October 1939 and were the first official uniform to be issued to members of the Civil Defence and Air Raid Wardens amongst others. They saw widespread issue in the first part of the war before being replaced with the Battledress uniform in 1941. Due to being an early war item, and also because they were almost certainly used for workwear after the war had finished, these overalls are very rare to find today.

The coveralls are made from a material called 'Bluette' which is an indigo dyed cotton drill, ideally suited for work purposes due to its hard-wearing nature. They feature a full button front with stamped black painted metal buttons to the fly which are marked 'Suspender'. This type of button is sometimes encountered on British workwear from this period and must have been the type of button the manufacturer already stocked meaning they were used in place of the stamed brass pattern usually encountered. The same pattern are used at the cuff and to the map pocket located to the left leg. Large 'ARP' marked buttons to the chest fasten the chest whilst smaller examples are used to close the pockets and to the epaulettes. . These are held on with split rings allowing them to be removed for laundering purposes. The first overalls issued did not feature the map pocket meaning these overalls most likely date from 1940.

The overalls are fitted with the correct ARP bluette badge designed for wear with these overalls. It is made from the same material as used for the overalls, features a merrow edging and the words 'ARP' embroidered in red. As well as this the original waist belt is also still present and features the correct metal buckle.

Inside the overalls two white coloured stamps are present below the neck. One is of the number 7 which most likely pertains to size whilst the other is not legible but is most likely a manufacturers marking. The original owner has also had his name added to the interior in white cotton thread which reads 'R. C. Field'.

The overalls are in very good condition with only limited signs of wear and use. They are still the deep navy blue colour which they would have been from new and do not appear to have been washed out. There are some marks etc which would suggest they have been worn but ocerall they display extremely well.They are a vintage item which have small issues commensurate with age. Please study the pictures provided to access the condition.

A very rare piece of early war Home Front uniform which is missing from many collections. In superb condition, these are a must have item for any serious Home Front collector!