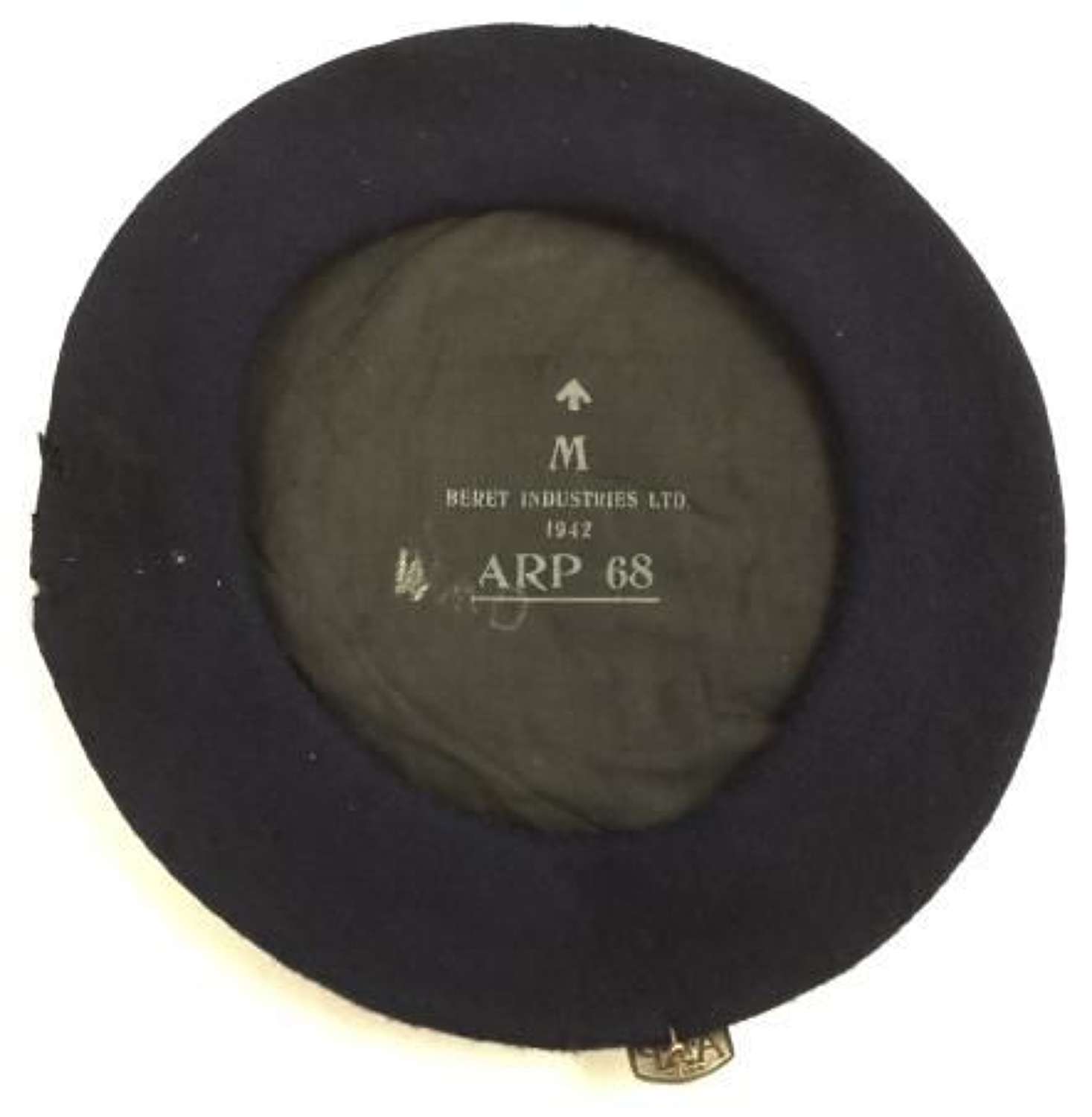 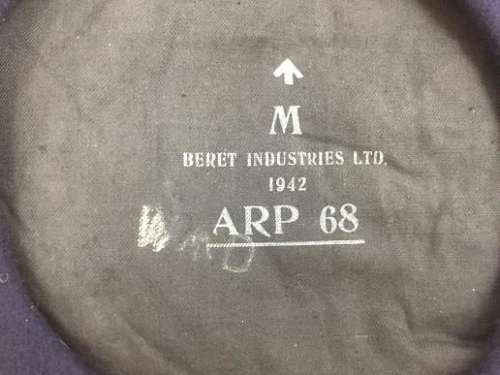 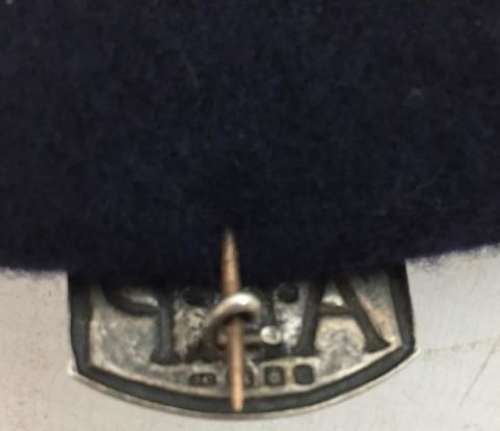 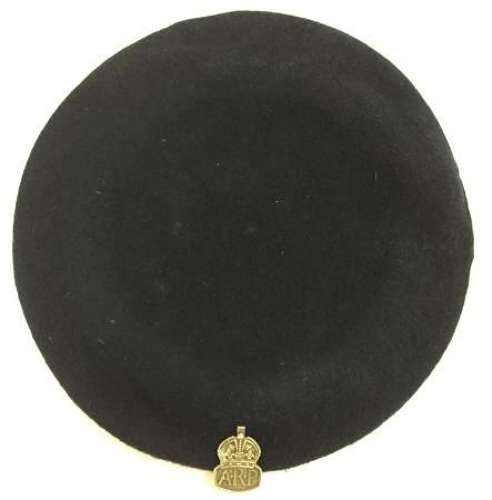 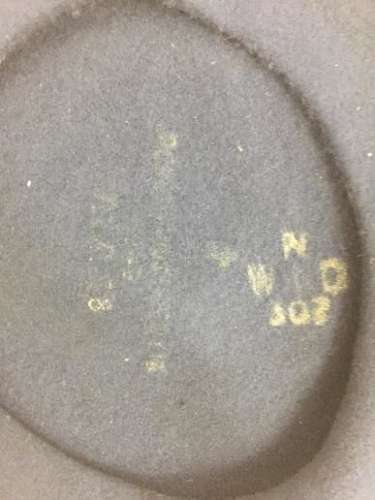 This pattern of beret was used throughout the Second World War by the ARP and Civil defence by men and women of a variety of ranks. It is made from the black serge wool used in WW2 rather than the post-war navy coloured material.

The interior features a lining which has come loose but is still inside the hat. It features the manufactures name, 'Beret Industries LTD', the War Department broad arrow marking, the letter 'M' which denotes the size and the 1942 date. It is also marked ARP 68 which is the designated code for this item.

Underneath the lining there are more markings which can be seen when it is removed. They are not really legible now with only the letter 'N' being visible. This would denote the year of issue as 1943 which fits in well with the year of manufacture.

The beret comes complete with a pin back ARP cap badge which is silver hallmarked to the rear and in reasonable condition.

The overall condition of the beret is good and it displays well. It does however have an area of damage to the exterior which has been repaired at some stage, to a degree. This can be seen in the pictures and has been reflected in the price.

Altogether a reasonable example of a wartime ARP beret with a nice cap badge and nice markings to the interior.