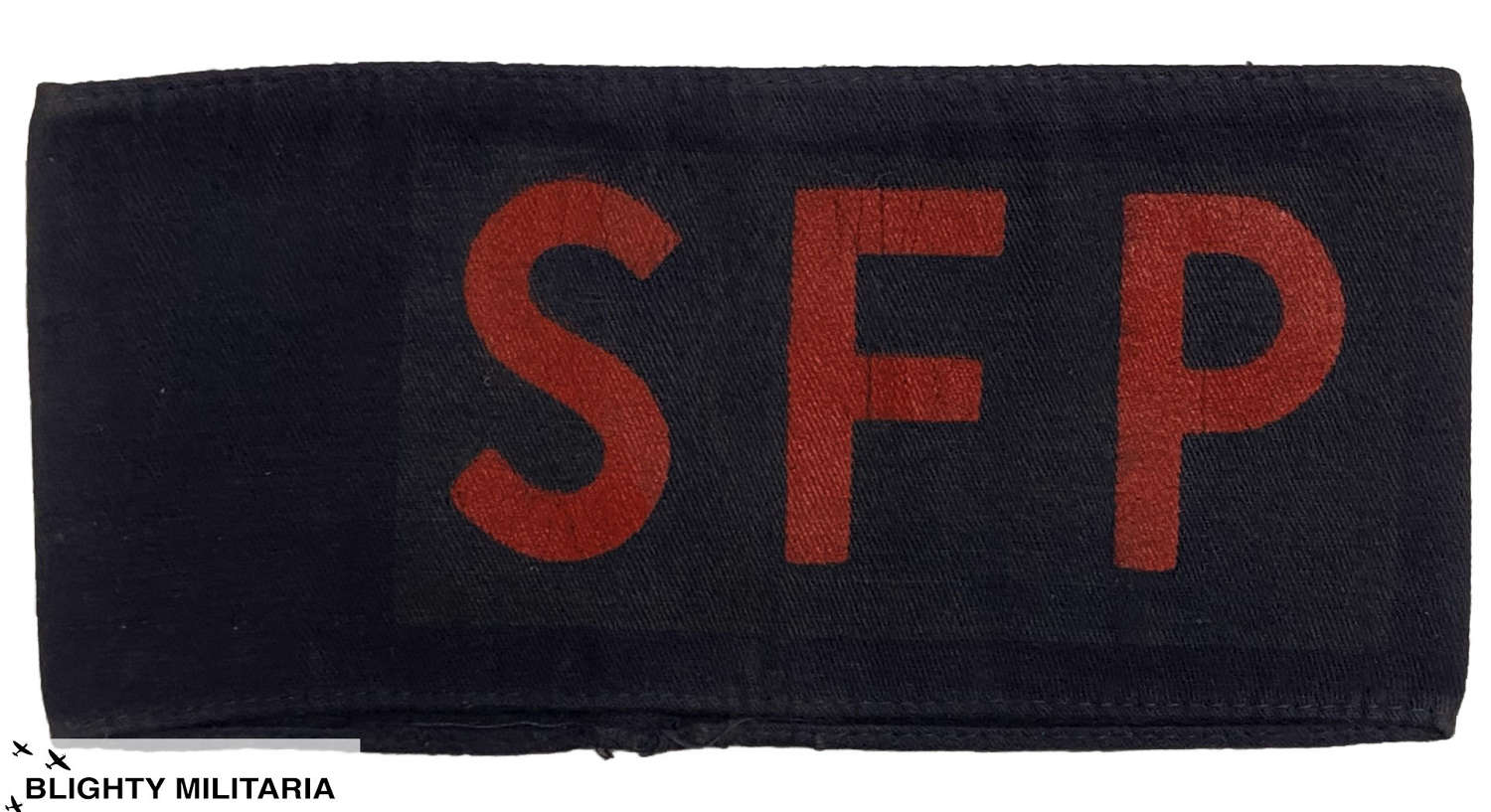 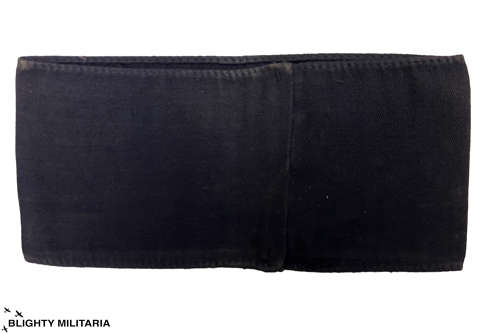 The Supplementary Fire Parties were formed in the summer of 1940 by local Fire Brigades to assist them with their work. They were issued these indigo blue cotton armbands with the letters 'SFP' printed in red. The Wardens Service also formed a similar organisation called Street Fire Parties who were also issued with this armband.

This example is in good condition with some signs of wear and use.