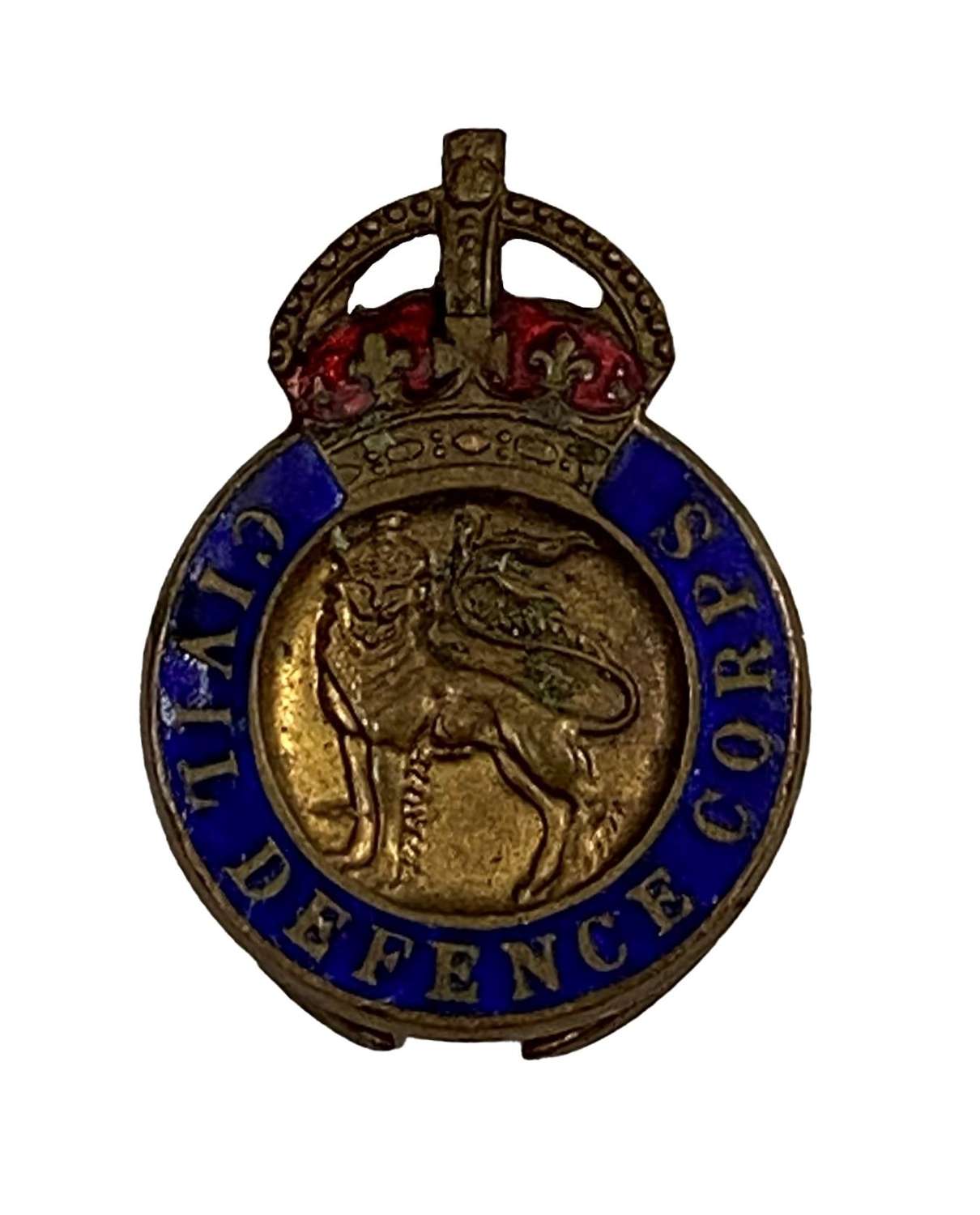 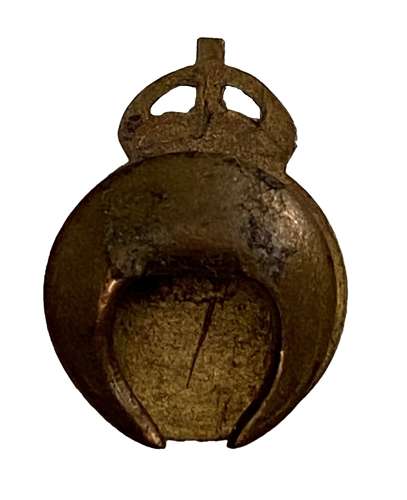 Lapel badges were very popular in the first half of the 20th Century, many being worn with pride. They were particularly important in wartime as they signalled to your peers that you were engaged in some way to help the war effort.

This example features the Kings crown to the top of a circle. The words 'Civil Defence Corps' run around the circumference of the badge and a lion is placed to its centre.

The rear of the badge features a 'horseshoe' back which is designed to fit through the lapel hole of a suit jacket or similar.