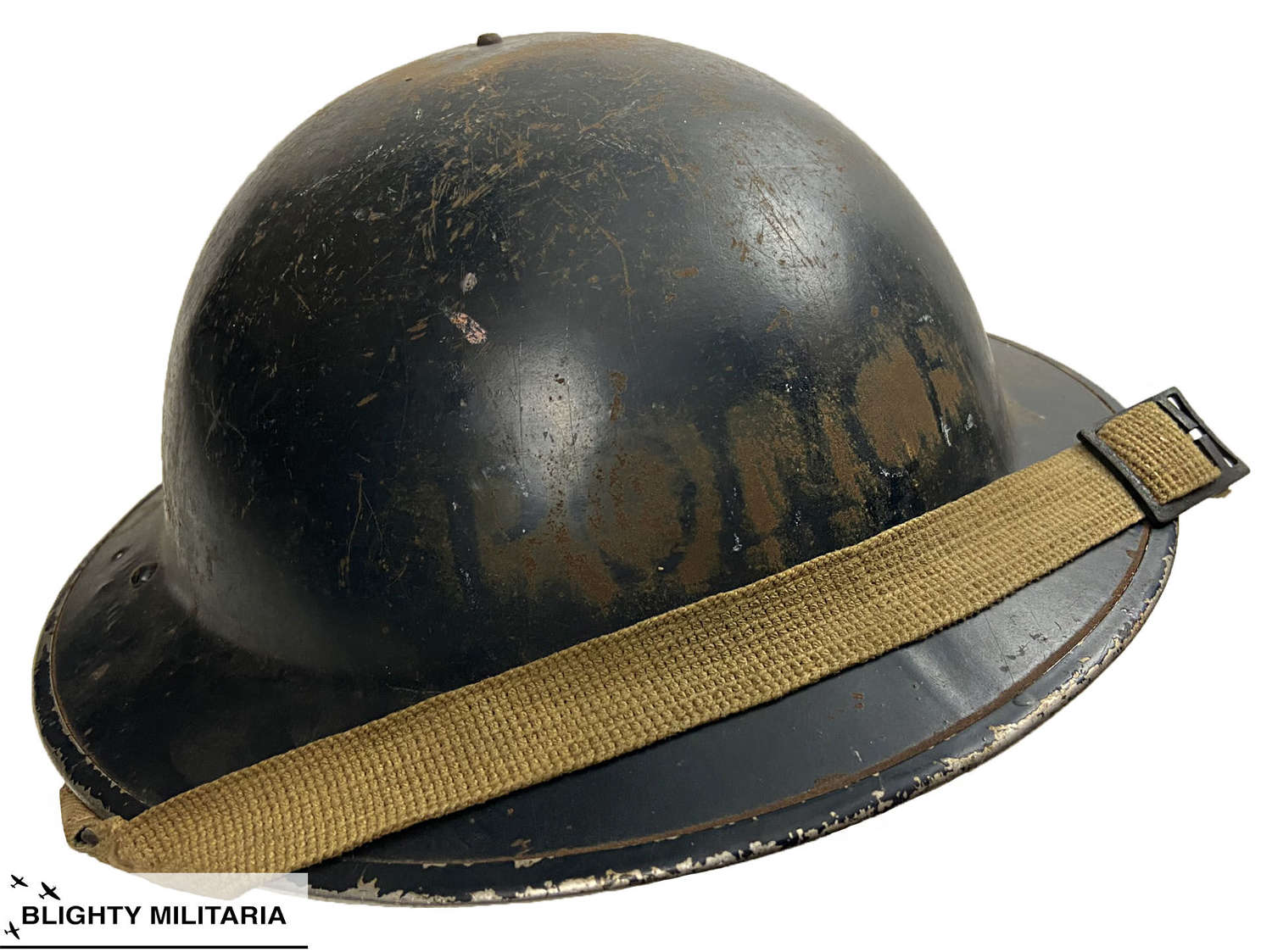 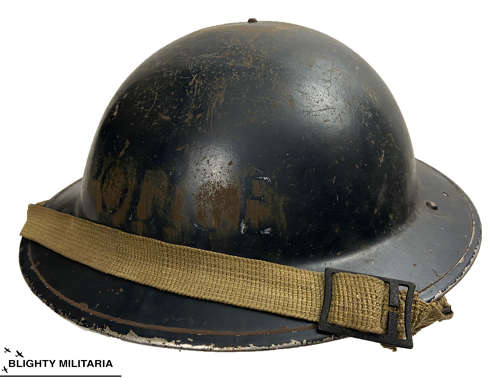 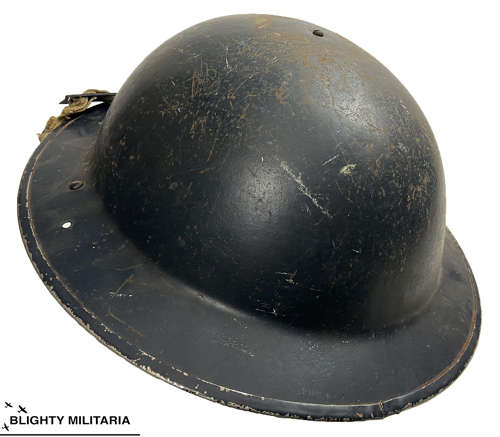 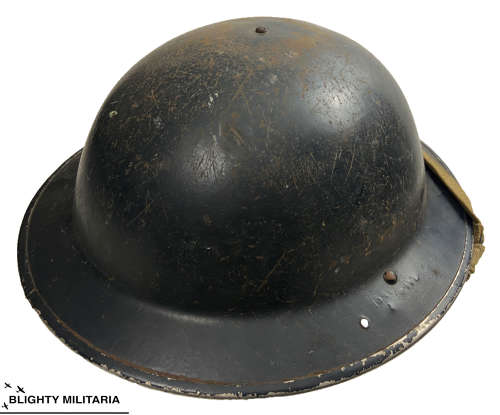 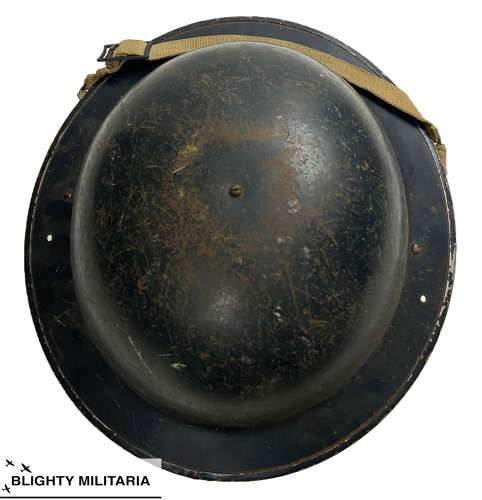 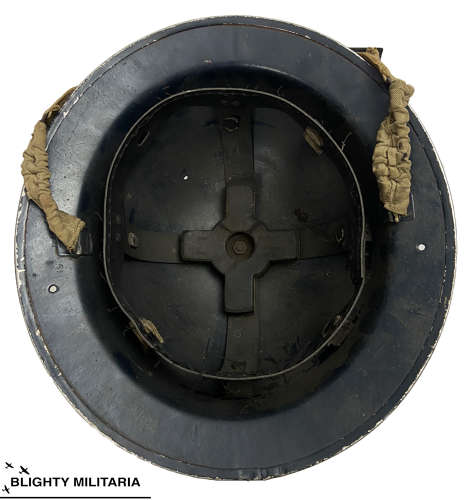 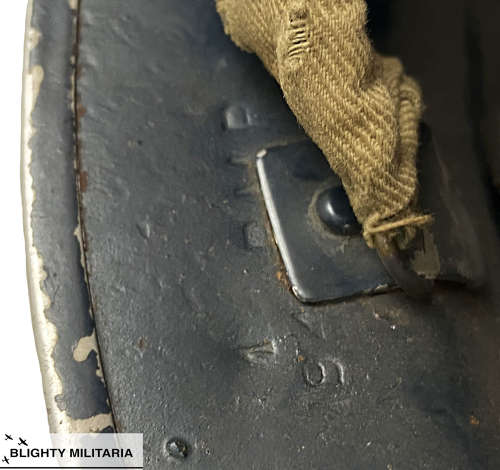 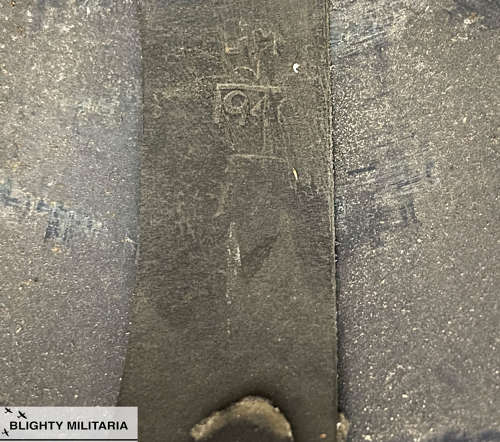 This pattern of helmet was issued to policemen and special constables throughout the Second World War. This example is a standard British MKII steel helmet shell which is painted in the correct deep blue coloured used for police helmets. There is clear evidence of where the word 'POLICE' has been painted to the front of the helmet originally. The underside of the rim bears the maker's initials of 'B.M.B which denotes British Motor Bodies as the manufacturer. There is also a date which is missing the last digit but is quite likely 1940 as these helmets usually have early war dates.

Whilst not in the best condition, this is still an original WW2 Police helmet with some nice features.