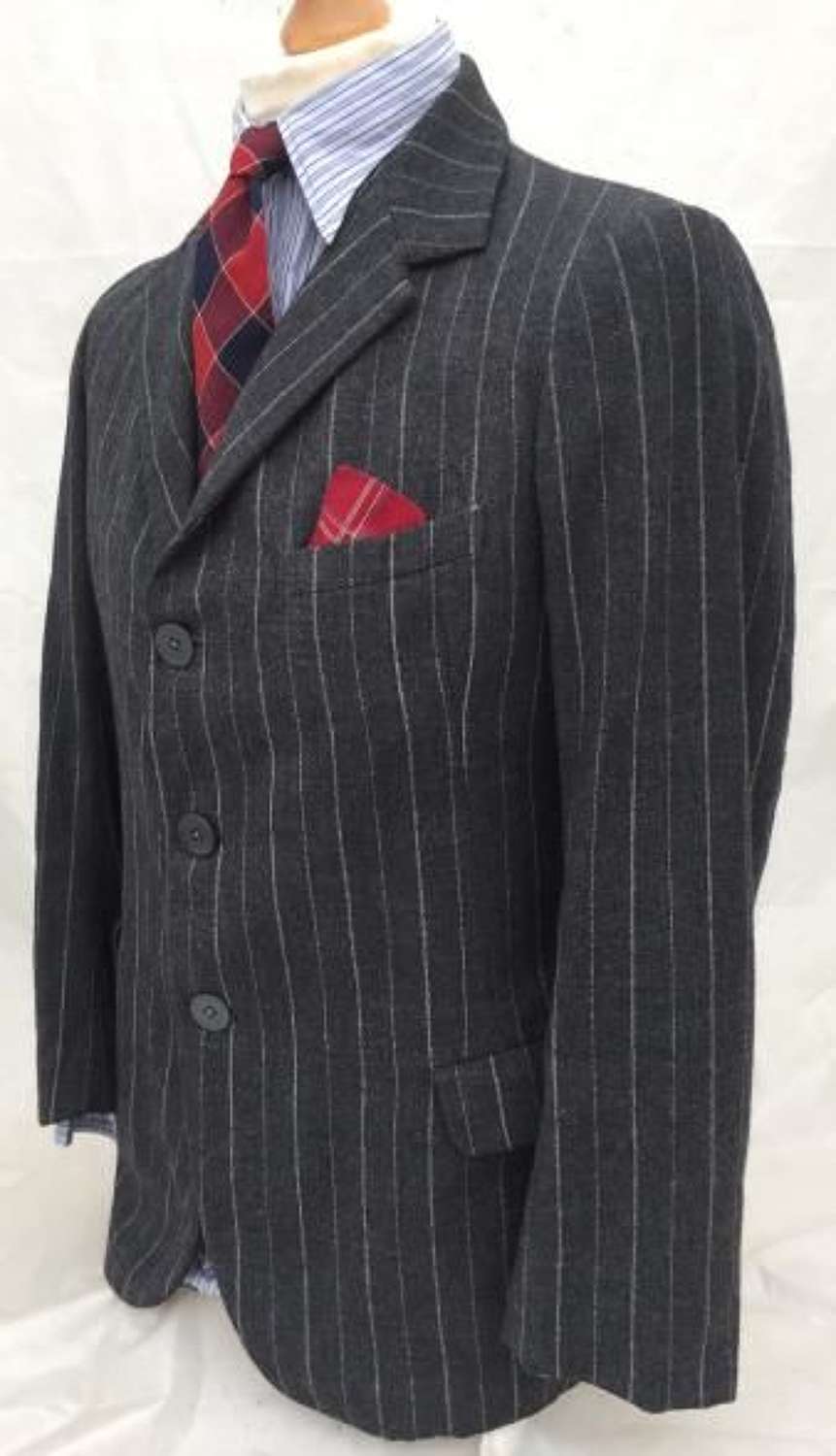 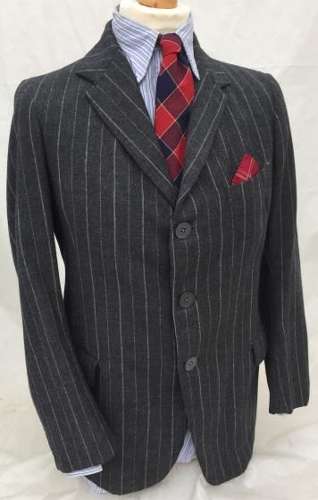 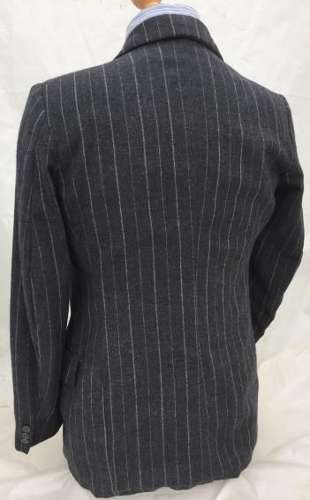 This suit is an authentic Demob suit as issued to men leaving the British Army or RAF from 1942 onwards. This is not 'demob style' but an authentic original suit with demob provenance, as can be seen by the labels.

The suit is made up of two pieces; the jacket which is a single breasted example, and the trousers. These suits were sometimes three piece and sometimes two piece and came in a variety of different cloths and cut. This example is cut from a grey cloth which features a white stripe and is typical of those given to men leaving the forces at the end of the Second World War.

The jacket is single breasted with a notched lapel, two flapped hipped pockets and a breast pocket on the left breast. It does not feature any vents to the rear as was the fashion at the time.

The trousers feature a high waistline and a wide leg as was the fashion of the time. The button fly is typical of British suits of this era as is the single rear pocket which fastens with a button. At some stage it would appear that belt loops have been added. I don't think these are original to the suit as they were made in a austere manner with no belt loops, turn ups or fob pockets.

Both the jacket and trousers retain their original demob labels. The label in the jacket can be found in the inside pocket whilst the label in the trousers can be found in the inside rear pocket. Both labels are exactly the same and state: Size 40R Code No.19. This is typical of a demob label and nice to find in both parts of the suit as they were often cut out.


All in all, a fantastic original demob suit which would be ideal for a collector or Re-enactor, and a must have for any British Army or RAF collection.