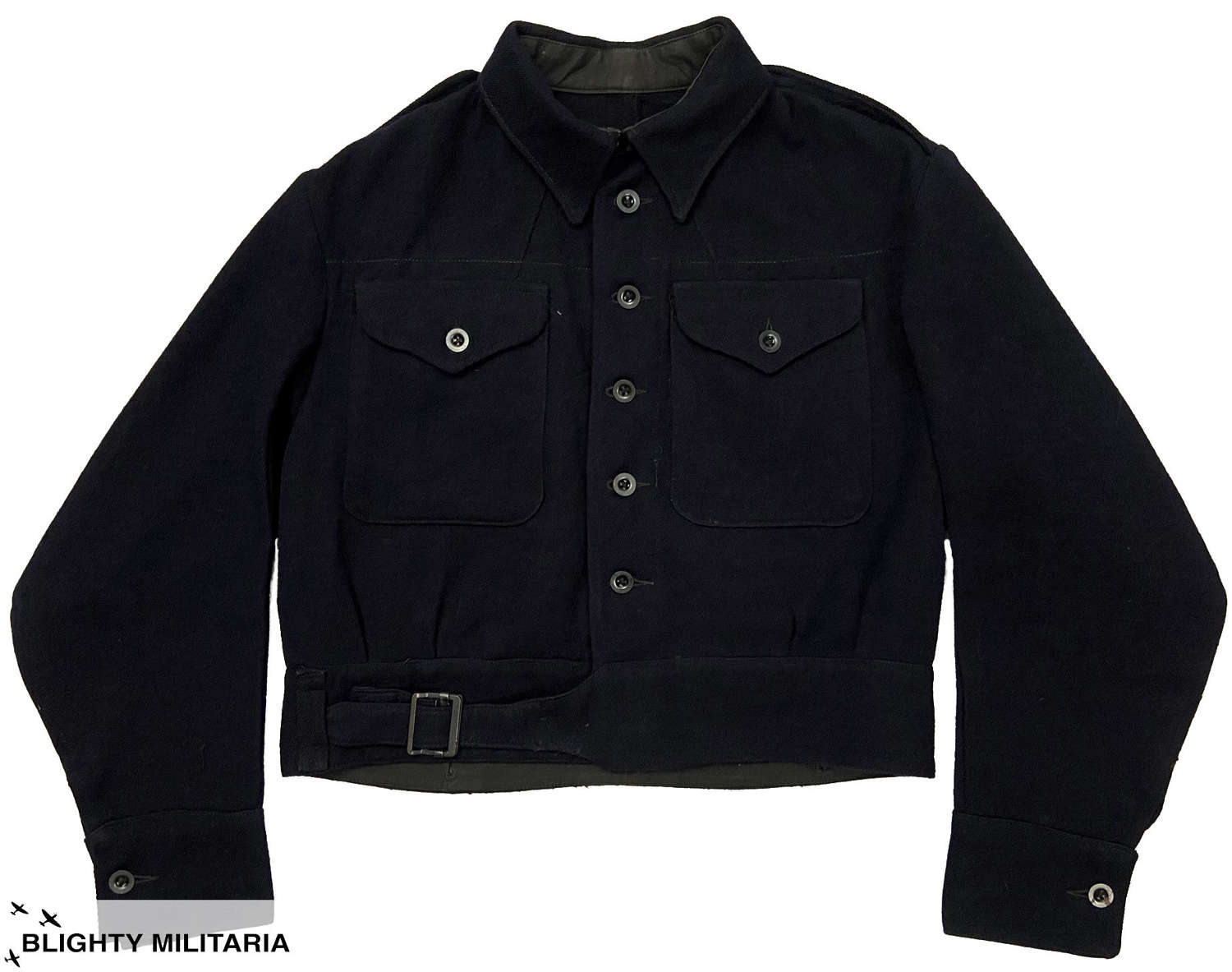 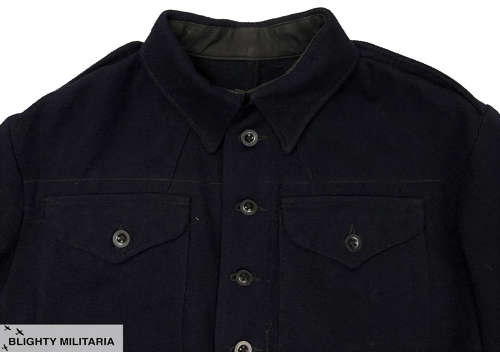 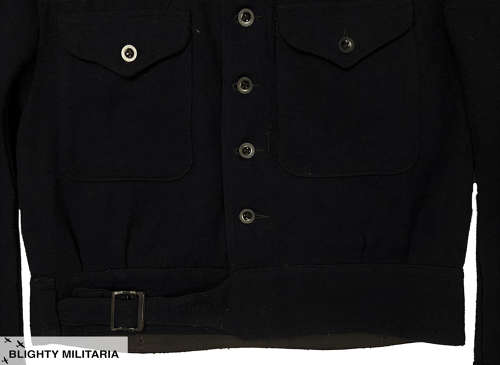 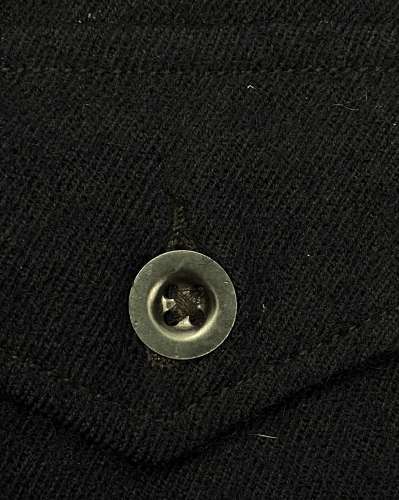 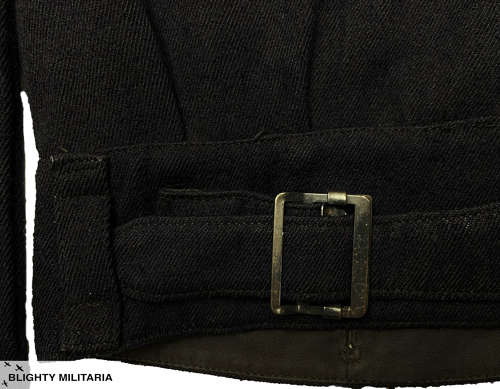 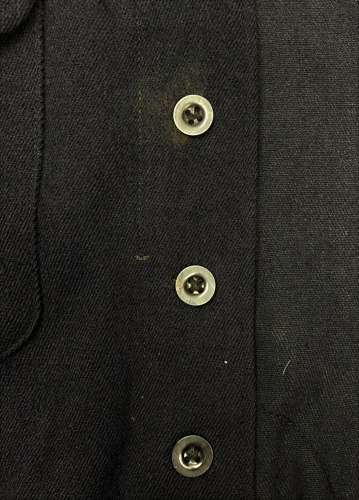 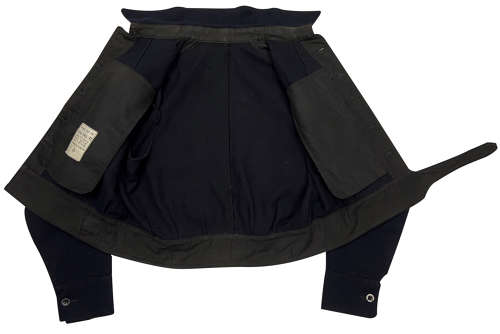 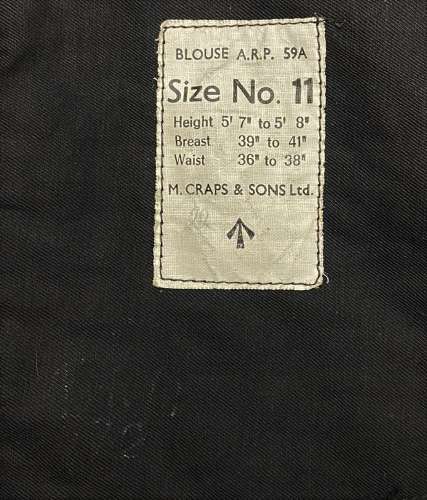 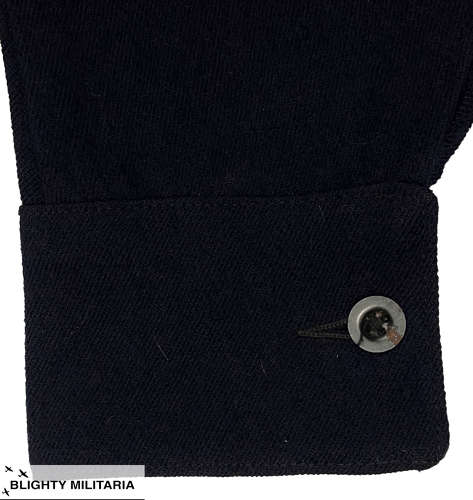 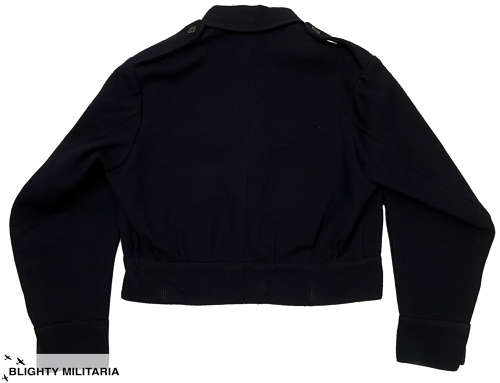 An original Civil Defence A.R.P 59A pattern battledress blouse dating from the Second World War and in a size No. 11.

This pattern of blouse was introduced in mid-1942 as an austerity measure and replaced the earlier pattern which did not have exposed buttons. Officially designated 'Blouse A.R.P 59A', this pattern was the heavier wool intended for use with Rescue party workers. The label is the paper and the War Department stamp appears to be surmounted by the letter 'O' which denotes 1942 as the year of issue and confirms this is a wartime example.

The blouse features blued steel buttons and a steel waist belt buckle, typical of those used on battledress jackets manufactured in the mid-war period. The steel buttons are often encountered on wartime Civil Defence battledress although they are rare to find fitted on an austerity jacket in this way as they usually have black plastic buttons.

The original label is present to the interior and is bright and legible. It states the size as No. 11 which will fit someone of up to a height of 5' 8" with a 39-41" chest and a 36 -38" waist. The maker's name is 'M. Craps & Sons Ltd' and the War Department broad arrow is present below this.

The jacket is in good condition with some signs of wear and use. There is a stain behind the front fly as detailed in picture 6 but overall it displays well. This is a vintage, pre owned item so may have small issues commensurate with age.

A nice original WW2 Civil Defence jacket which would make a good addition to any collection.